The Front Garden: here’s what I’ve been up to, chapter 2 (the hard-work) 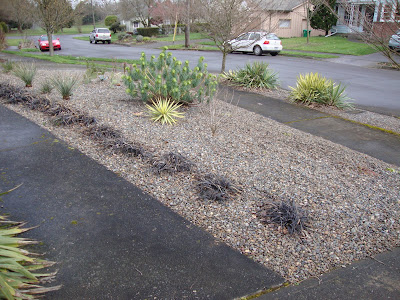 So I’m starting with a “blank-ish” slate and it’s time to plant. Our spring being what it is has not afforded lengthy periods of planting time. I decided I would be attacking this phase in parts (sub-phases?). First the “big plants” (a relative term they weren’t really all that big…but they were the biggest ones I had) and then later the “smalls.”

It was such a relief to haul the plants I’d been accumulating and storing out to the front garden and see that despite my fears I had not bought too many (no that isn't all of them...not by a long shot). 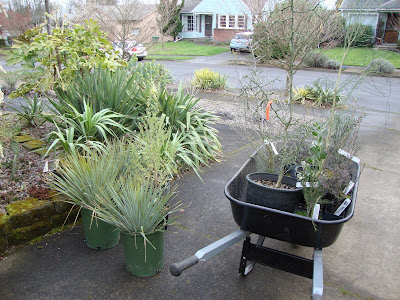 I had previously tried laying out the design on the computer, and when that failed I started sketching. But nothing worked. I had to just walk around the garden with the plants and place them where I thought they should be. And then move them, and move again. This is not quick work. 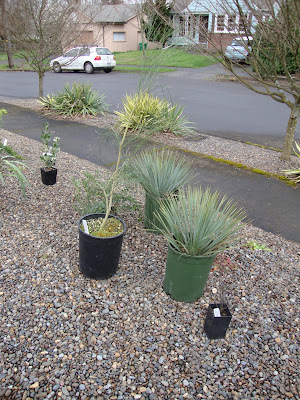 Luckily I was doing this on a weekday so most (but not all) of our neighbors were away at work and not able to watch. Oh what they must think of my puttering around the gravel pit, again. “Why can’t she just have a lawn and be happy like the rest of us!?” 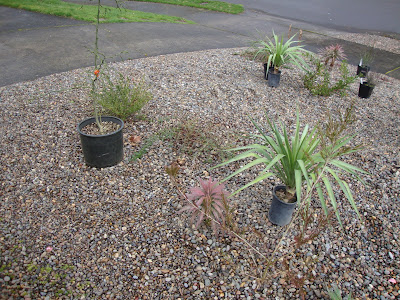 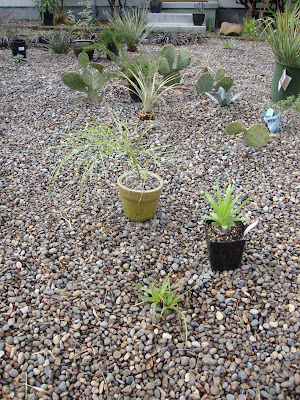 Honestly though if they do think that they keep it to themselves. Everyone is very supportive, hollering positive feedback from their car or stopping to ask questions and compliment me on our ‘xeriscape’. 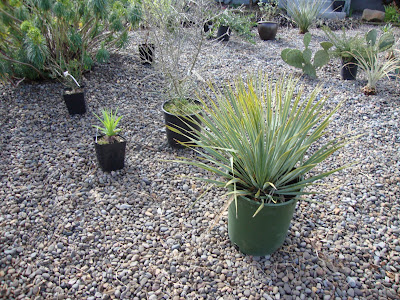 Once I was happy with the placement the last big obstacle to my just getting on with the planting was the condition of the three 5-gallon Yucca Rostrata I had splurged on. I was swearing and cursing like a sailor. Who thinks that when potting up a plant like this you need to completely bury the base in rich potting soil? 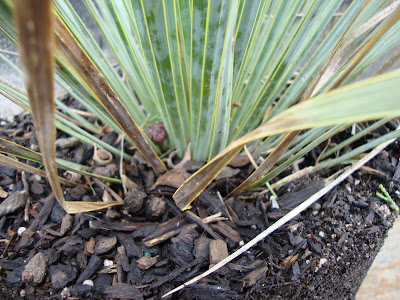 If I had actually planted these plants like this #1 you wouldn’t be able to see the cool base of the plant and #2 it would have probably rotted. 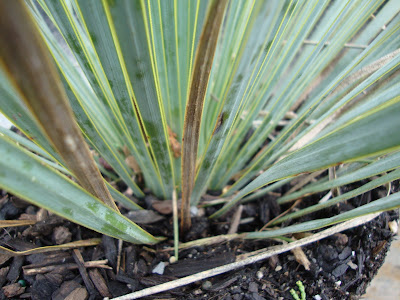 Keep the crown above the soil people!!! And the same goes for Agaves, these big thick succulent “leaves” don’t grow out of the soil; there is a mass at the center of the plant. You should be able to see it! 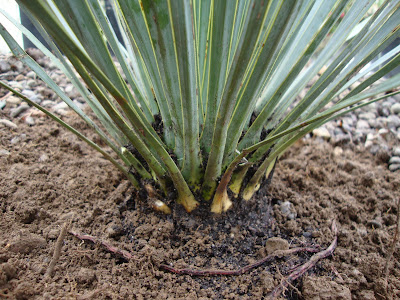 Ok…so I think I made that point…onward. 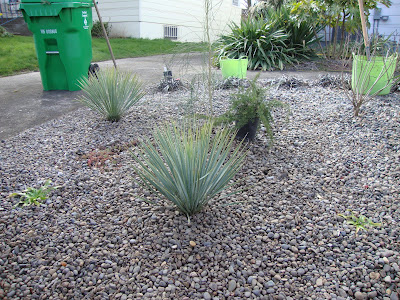 After a day and a half of planting the “bigs” it was time to bring out the smaller plants. No this didn’t happen all in the same week. In fact I think it was a good two weeks between these phases. 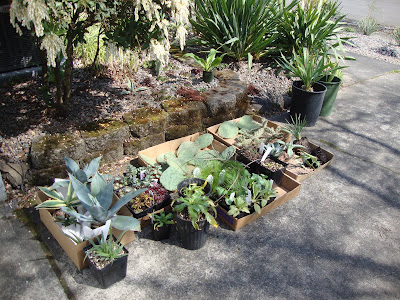 Most of these "smalls" were things I bought at 40% off from Garden Fever in late winter, things I already had like Agaves that had been growing in pots, Opuntia from my kind neighbor, or things I dug up elsewhere in the garden. A couple of small agaves were new and when I pulled them out of their plastic pots this is what I found… 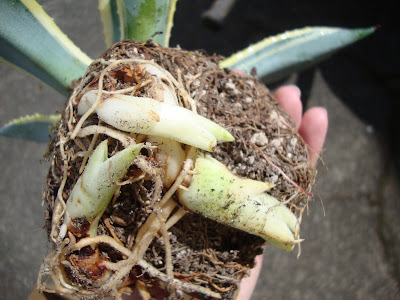 Roots bursting and pups in the making. With any luck there might be a couple small agave colonies in my future! 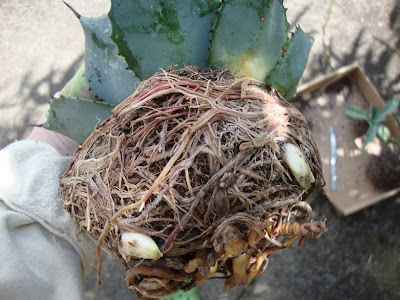 Here’s where some of you might be thinking “Agaves…in the ground? In Portland? Isn’t it to wet?” well yes, and no. It’s all about good drainage. And it’s all the fault of this one: 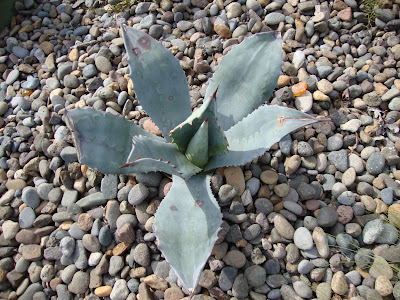 I planted this one and two others just like it last summer. Then before winter hit I wimped out and dug two of them up, leaving this one as a sacrificial experiment. And it did just fine! It must be the slope of our lot in the front of the house helping to take the rain away. Plus when I planted it I had worked in some Cherry Stone Grit (ground quartzite) for drainage. So I bought a bag to use when I planted these agaves. 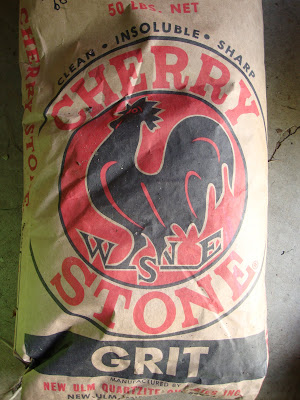 Utilizing the larger rocks I had bought (see chapter 1) I built the soil up with some of the grit mixed in with regular garden soil, all in the name of better drainage. So it’s time to do it all over again. I walk around arranging the plants, finding their best spot and then planting. It’s a fun way to spend a sunny afternoon! 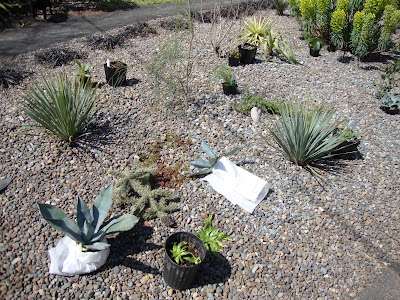 Okay…next up: it’s planted, but what does it look like? (to be continued...)