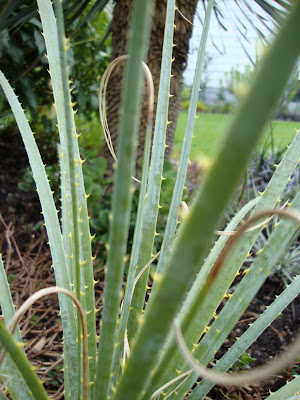 If you live in a climate like Portland’s, (zone 8, lots of winter moisture, summer drought, only a few weeks with real heat) and are looking to add a little spike to your garden you should consider Dasylirion wheeleri and Hesperaloe parviflora. These two plants are my under appreciated spiky rocks. 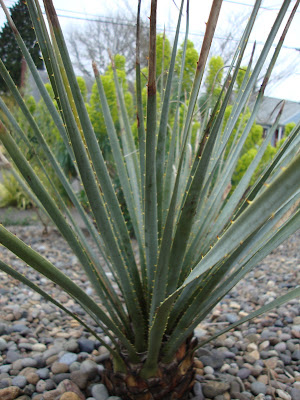 I first planted Dasylirion wheeleri (Family: Ruscaceae) in 2007. I had four, but I did lose one in the winter of 2008. The other three have never missed a beat. They are even doing that fray on the end thing that they’re known for. 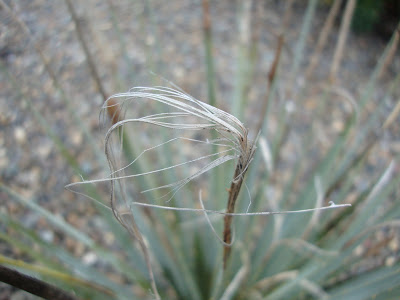 I spend about 2 minutes a year caring for them. Maybe cutting off a dead leaf, or pulling a leaf from the neighbors tree trapped in the jagged spikes. 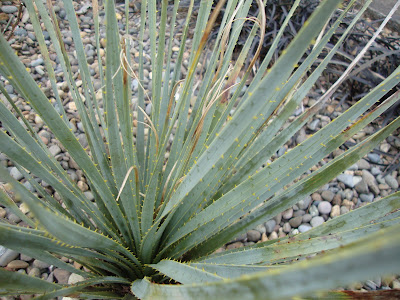 That’s a pretty low maintenance plant! The same can be said for the Hesperaloes (Family: Agavaceae). I’ve got five of them and rarely do a thing to care for them, yet they just keep on looking good. 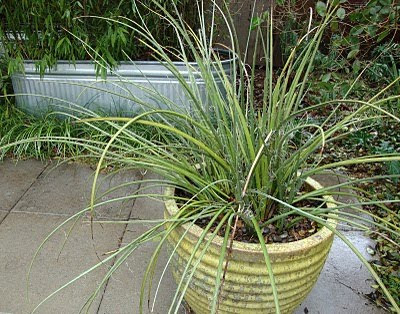 Well, I guess I could have pulled the random tree leaf out of the middle of this one and cut off the broken leaf before I took this picture. 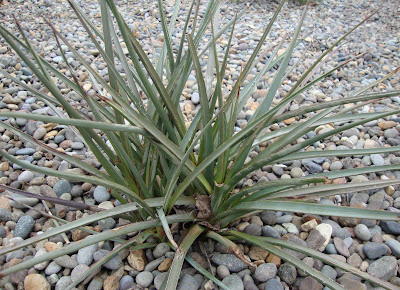 Of course when they bloom they look extra good, but that’s the one downside of growing them here in Portland. It rarely gets hot enough for them to flower. **update - I've been told that a little extra water helps to get the lovely blooms! Water your Hesperaloes!** 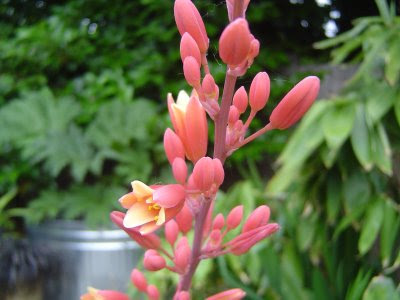 Rare but it does happen, and when it does it’s beautiful. The flowers last for weeks and they attract hummingbirds like mad. I also love their curly white filaments. 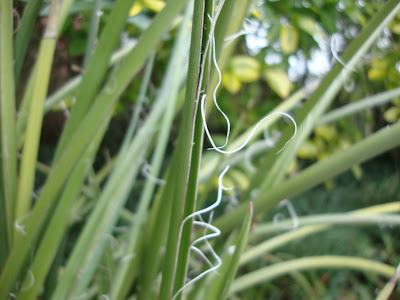 I’ve grown both of these in containers as well as in my (fairly heavy) clay soil without issue. 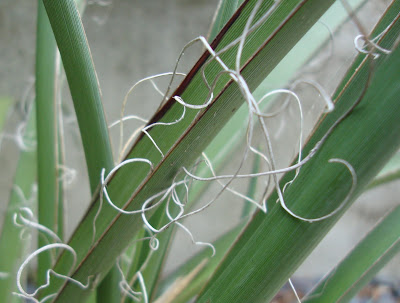 Oh and there is one other spiky standby in my garden that deserves a shout-out…Yuccca rostrata (family Agavaceae), it’s also a spiky dream that sails through our cold wet winter with ease. 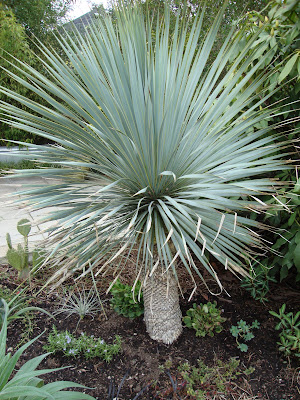 But I really wanted to highlight the other two, since it seems I’ve overlooked their two minutes of danger garden fame. 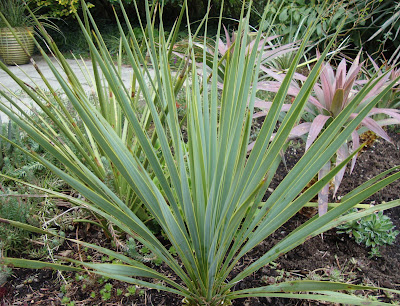