As mentioned I’ve been thinking about adding a few large rocks to my front garden design. This is a big step for me and research is needed, shopping research that is (the best kind). Off I go to Oregon Decorative Rock, just a couple of miles from home. 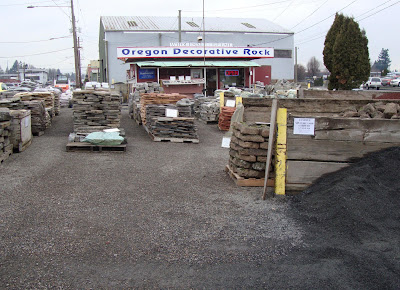 Shopping tip for locals…this is a great place to get a bag of gravel to mulch the top of a new container… perfect for keeping wet soil away from the neck of a succulent! 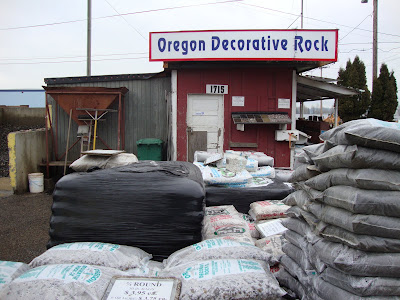 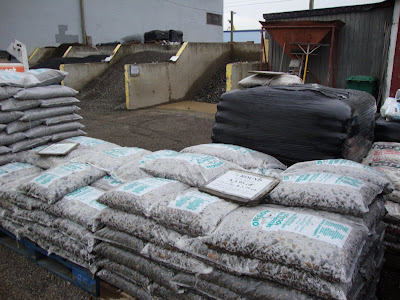 But bags of gravel are not what I’m after today…I’m looking at the big rocks! But you know what? They’re expensive…take this ‘Oregon Cascade Moss Rock,’ 21ȼ a pound doesn’t sound expensive but the when asked to estimate the weight of the nice rock in the upper left hand corner the (always) helpful “rock-man” said at least 100 lbs, that’s $21 for one rock! Plus at 100 lbs I wasn’t just going to toss it in the back of my car either was I? 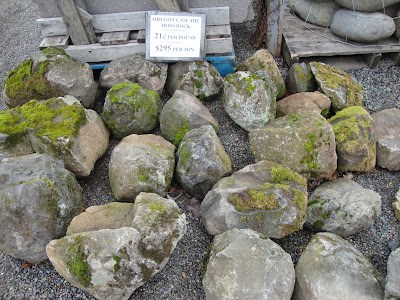 Moving on…how about some Tuff Stone? More expensive per pound, but ½ the weight…interesting. 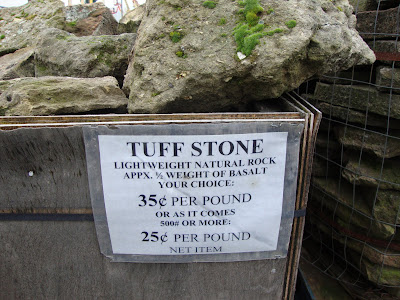 I like this one; it’s got good green character. 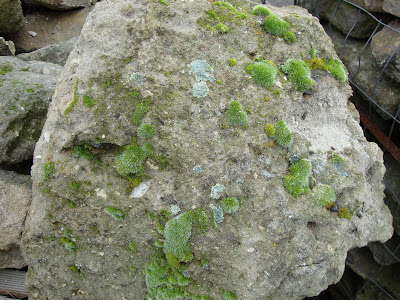 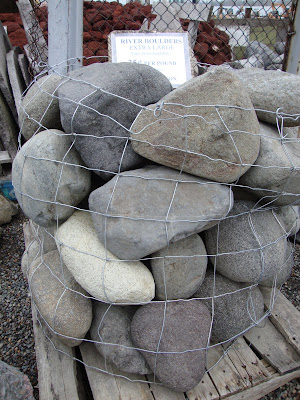 They would certainly go with the gravel in the front garden, which is this 3/4”-1/4” round… 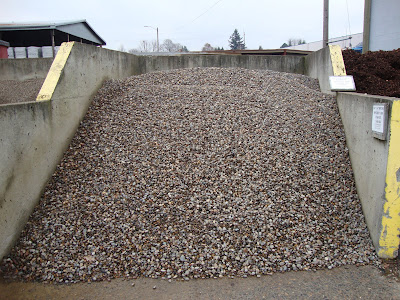 But I just don’t care for their look. 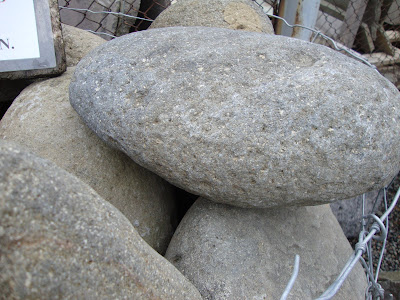 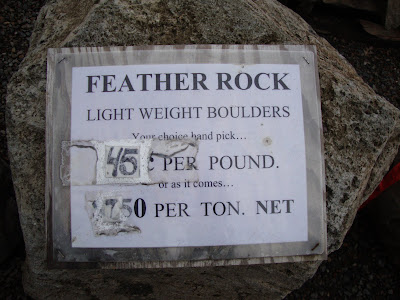 For some strange reason their texture makes me think of stone washed jeans. You know, from the ‘80’s. Not a good memory. 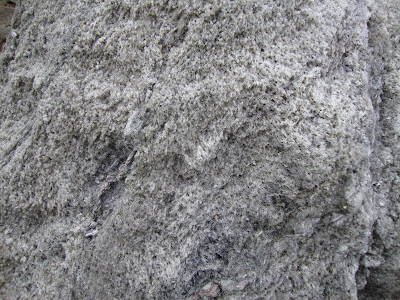 The Basalt Boulders were nice, but I’d need a crane to lift them into place…a little more machinery (and cash) than I want to deal with. 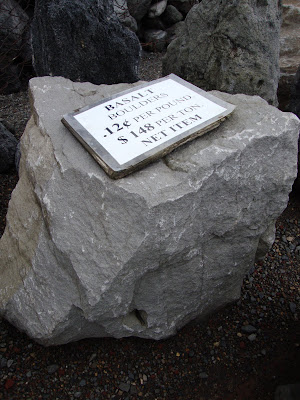 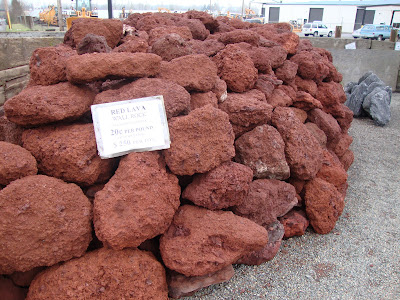 Yuck. I will not be using Red Rock. 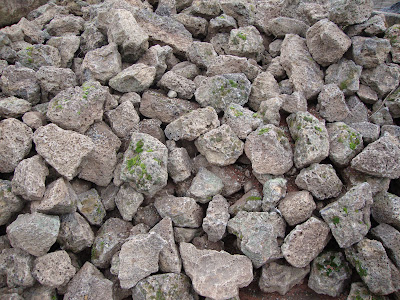 Like the moss, not so much the Lava Rock Swiss-cheese look, wouldn’t look right with the existing gravel. 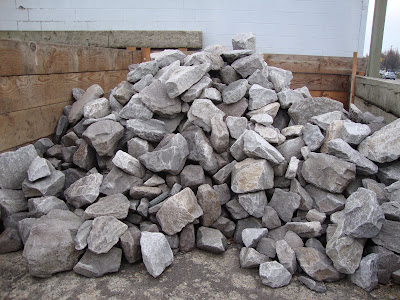 I like the price! About ½ of what the Oregon Cascade Moss Rocks were going for. 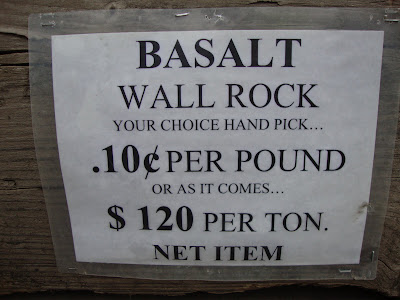 But there’s no moss. Do I need moss? 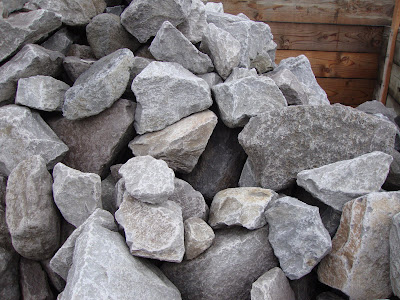 Wait, who needs moss when your rocks are already colorful? Aztec Mist Turquoise. 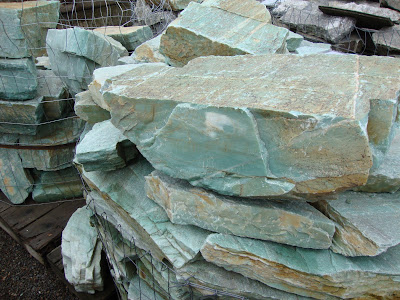 So…did I make any decisions? No. I think I’m leaning toward the Basalt Wall Rock. Its price is the best, and for my issue of blending the gravel we have with the new bigger rocks they seem to mix in ok style and color-wise. I’m a little hung up on the lack of moss and how clean they look. But then if I look at the big picture the rocks are only there to add texture and define the space a little better, there will be plenty of plants to green things up!

So…what are you all thinking?