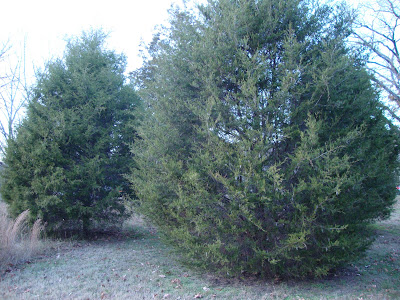 It was dusk when we pulled into the parking lot at the Warner Park Nature Center in Nashville. As it turns out the Center had just closed, a fact that was lost on me as I had become engrossed in the odd things hanging from the tree illuminated by our headlights. 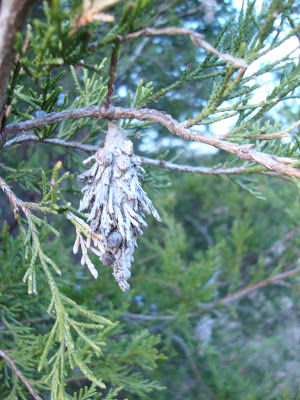 At first I thought they were cones, but as I looked closer I could see a sort of fiber or thread to their construction, as well as bits of needles and small pieces of the tree they were hanging on. Aren't they oddly beautiful? 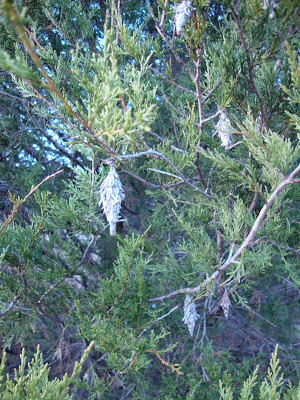 I called my husband over and we tried to tear one open (not treading lightly on nature I am afraid) and could not. This was one tough little package! As soon as my father-in-law saw what we were preoccupied with he identified them as Bag Worm. He also produced a knife that allowed us to cut into the material and see inside. Those might have been eggs…but by this time it was getting so dark we could hardly see (hence the bad photos). My husband tried to pull it apart now that we had an opening, no go. It was amazing how strong the fibers were. 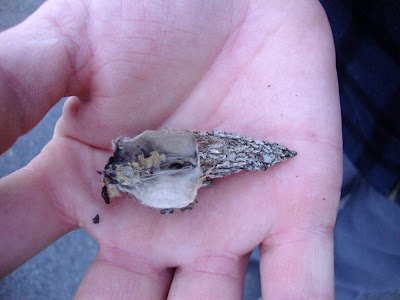 So….now I know firsthand about Bag Worms! Here is a fact sheet if you would like to know more: http://woodypests.cas.psu.edu/factsheets/insectfactsheets/html/bagworm.html