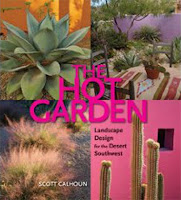 Am I the only one who didn’t know about this? I first read about the concept in Scott Calhoun's book ‘The Hot Garden: Landscape Design for the Desert Southwest’ evidently his wife was watching an episode of Martha Stewart and the guest was Tony Avent, of Plant Delights nursery. On the show Mr. Avent took a drill and proceeded to drill down through the center rosette of an agave. His purpose was to “destroy the central nervous system” of the (poor) agave which would cause it to “propagate more agaves.” Yikes!

Mr. Calhoun reports that he checked it out and found this to be a “nearly sure-fire method to spur an agave into making pups.” He mentions talking to Greg Starr (whom he calls an “agave guru”…obviously someone I need to meet!) who confirmed that this method works. On small agaves use a ¼” drill bit and on larger ones up to a ½” – unfortunately you have to destroy the mother plant by cutting off the top of the central rosette and then drilling straight down into the plant. Sounds awful doesn’t it?

Looking this up on Martha Stewart.com I found this information:

How to Propagate Agave
You propagate by drilling out the center of the agave, releasing the internal hormone control that tells the plant not to pup. With its central nervous system gone, it will pup like crazy. New plants form in six to nine months and can then be potted. The technique will also work on yuccas and hostas. 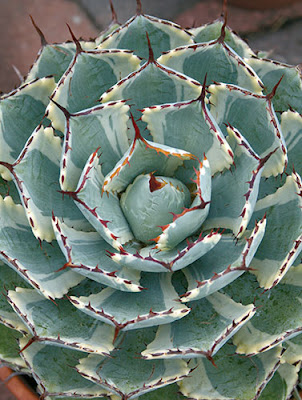 And there is even a link to a video where Martha ogles the pricy orchids, Mr. Avent shows off several beautiful Colocasia, and then he actually drills into a little agave! (‘Kissho Kan’ I believe) The horror, I had to cover my eyes! 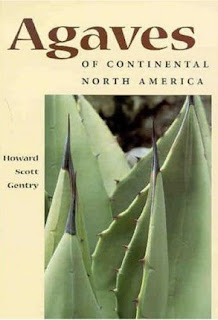 Next, because I was curious about this agave guru guy Greg Starr, I looked him up. That’s when I discovered his Starr Nursery! OMG! More beautiful agaves! And learned about a must have book…Agaves of Continental North America by Howard Scott Gentry, described by one reviewer on Amazon as “the Bible for Agave enthusiasts” …oh no, another book for my wish-list!

So, back to the topic…drilling agaves. Have you ever done this? Could you even bring your self to pick up the drill? I know I couldn’t.