I’ve previously shared a couple fake agaves I’ve ran across. First a pair I spied on the ANLD tour last summer and then the damaged ones I discovered at Pier One. I suppose I shouldn’t be shocked when I see them anymore; there obviously is a market for fake succulents. In fact when Megan of Nestmaker recently posted about a fake succulent garden I actually confessed to liking it. And I wasn’t lying. 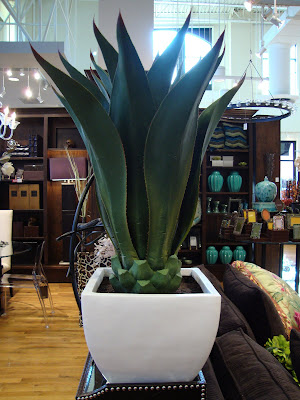 I guess what really surprised me about the one I saw last weekend at Z Gallerie was the price, $179.95, why would anyone pay that for a fake plant? Yes I know it will live forever and the people who buy these things probably aren’t really gardeners but geez! This one even had the stubs from the imaginary removed leaves around the base (that’s fake soil, a solid mass of something) 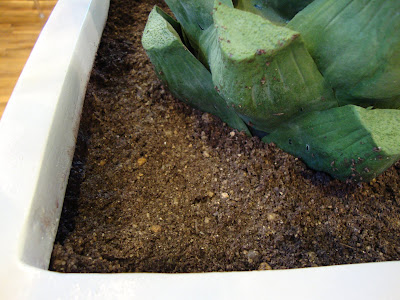 And the pressed patterns that the unfolding leaves make on each other. Of course they also have plastic injection mold holes too (no I don’t know that is what they really are called, I am just guessing). 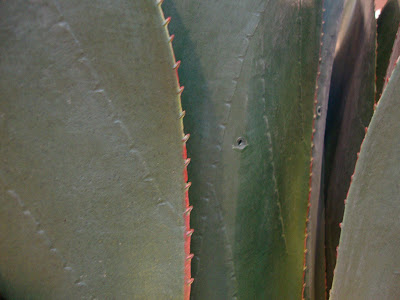 …moving on….
I got into my car this morning and realized yesterday when I claimed I would never cut agaves leaves to put in a vase I forgot about this one. Now granted the leaves aren’t cut, this little agave pup is planted (with actual soil) in the bud vase of my VW Beetle (yes it’s true, the new Bugs do come with a bud vase). 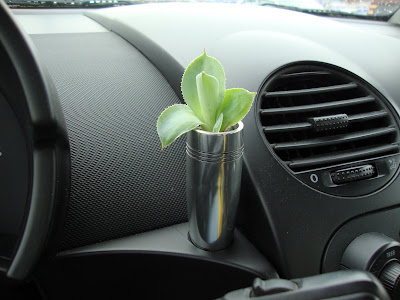 The beauty of this arrangement is in the summertime when cut flowers would wilt from the sun and heat this little agave will be loving life! But I did have to bring him into the house on our really cold nights this winter. I suppose it’s the true sign of an agave fanatic when you even have one planted in your car huh?