Wrapped up tight under burlap and foil insulation I prayed my tender Flax and Cordy’s would withstand the frigid December temperatures and live on to "spice up" the garden for another summer. When they were set free from their wrappings most of them looked great, but since then I’ve been watching a few make a sad slow decline. The wet snow that fell on Dec 29th didn’t help things, the leaves on these three Phormiums quickly bent under the weight. They look even worse in "real life" I think they put on their camera face when they saw me coming...

These poor brown piles of leaves are two formerly vibrant Yellow Wave Flax. They had struggled back from the cold of December ’08 only to be struck again. This looks to be the end. Although there is one yellow leaf bravely holding its color…

Luckily this large Flax is still looking great. It’s much closer to the house and tucked in near a few shrubs. I think it’s going to make it. 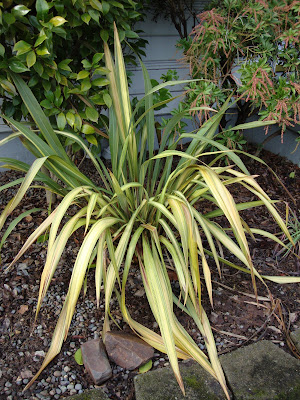 And here is another Flax that looks like it’s going to pull through fine, in fact there are two of these, same variety and very close together. Both are looking very nice! 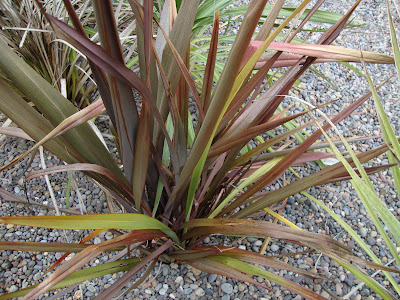 Sadly the center leaves of these three Cordy’s are turning brown. I’ve tugged on them and a couple pulled out. Not a good sign.

These are the plants that grew back from the roots of the Cordylines that were “killed” (the tops anyway) during the winter of 2008. These leaves should be green, not brown. Not good…however they came back before, maybe they will again?

For a Cordyine success story we venture to the back garden. This one is healthy and green, not a sign of winter damage. It’s in a protected area near the house. 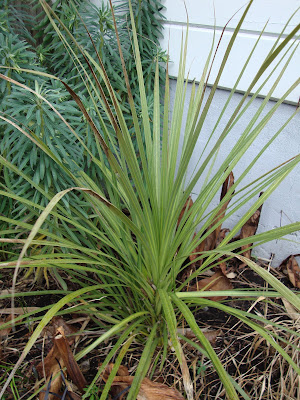 These next two Flax were planted in very similar places, at the same time and are the same type bought at the same place and even protected the same way! One is still green and yellow, the other brown. Why!? 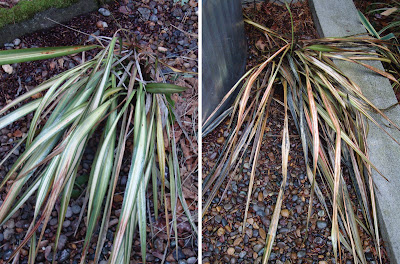 This one had no excuse not to make it, very protected with bamboo all around and it was wrapped well. Luckily it’s looking good. 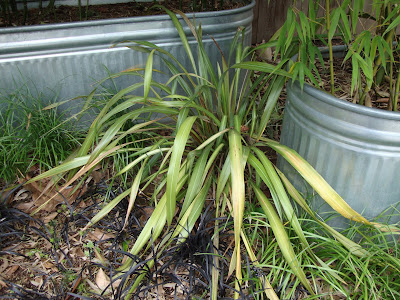 Not so much for Mr. Floppy here. He used to anchor the north end of the patio, the second Flax to be assigned to this position. Should he fail to spring back to life I think I’m giving up. 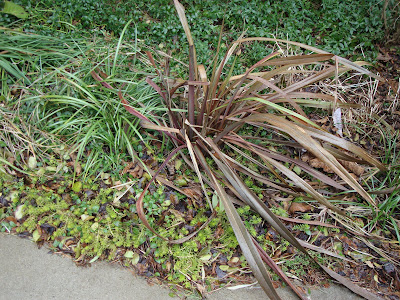 So to my fellow Portland gardeners who used to depend on Phormiums and Cordylines will you replant again? Or is two years in a row enough? And if you're done with them what will you plant instead?
(btw the Flax in containers continues to thrive...only the ones planted in the ground are showing the effects of the cold)