In theory I love hanging containers. In reality I seem doomed to destroy them.

There was a set of two chartreuse rectangular planters I bought on sale at Pier One ridiculously cheap. First I broke the small one planting in it, then large one when moving it inside to protect from a freeze. I hung it on a nail in the garage, turned away and heard it crash to the floor and shatter, I almost cried.

Then I bought a set of orangey-red hanging orbs from IKEA, only one is left…the soil in the other froze, expanded, and broke the container.

Besides breaking them my other problem is what to plant in them. I don’t like the standard issue petunia and fuchsia business. I thought maybe potato vine would be nice. I love the colors and leaf shapes of potato vine and it usually thrives for me, but when I plant it in a hanging container it just looks pathetic.

I was ready to give up on the whole idea when it hit me, succulents! 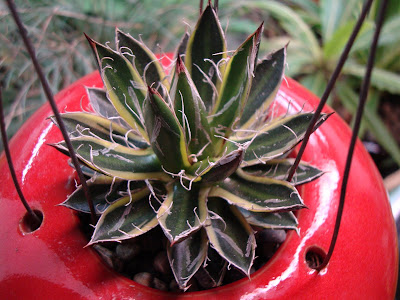 The remaining orange orb has the smallest little opening, just about the size of the Agave Shira ito no Ohi I bought at the Yard Garden & Patio show in February. What a great way to showcase this little agave right? 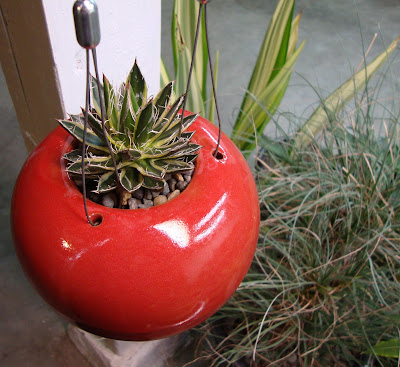 My other container is also an IKEA purchase from a few years back, it has a much larger opening and I thought it would be perfect filled with small succulents and aloe babies.

When this idea was fresh in my mind (but I had yet to actually act on it) I stopped at Home Depot to get some paint chips. Of course I had to visit the nursery department too and they had a great selection of little potted succulents. I couldn’t resist and started choosing a few to fill my container. Just look at them... 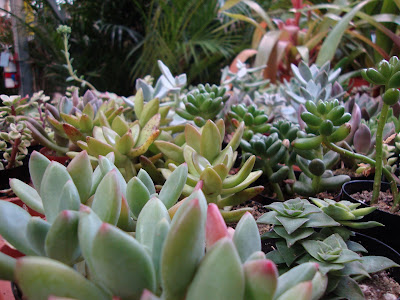 The cutest little agaves and aloes too… 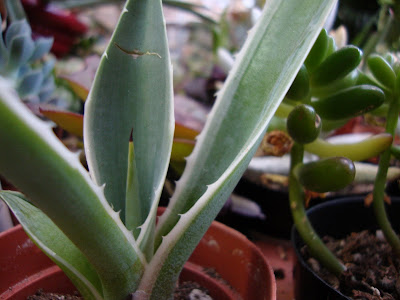 Then it hit me…I had what I needed at home I didn’t need to buy more plants I just needed to be creative. In the end I bought only Blue Chalk Sticks (Senecio mandraliscae) for $2.59 and put the rest back. 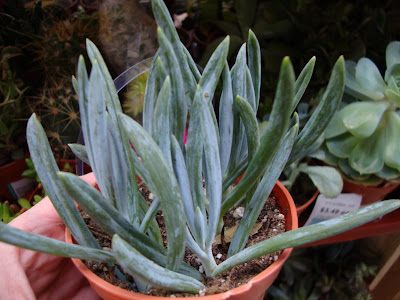 I supplemented a few agave and aloe pups a couple of the plants from the “get well” containers I received when I broke my ankle, some of them needed more space and the opportunity to move outside anyway.

Here it is nearing completion… 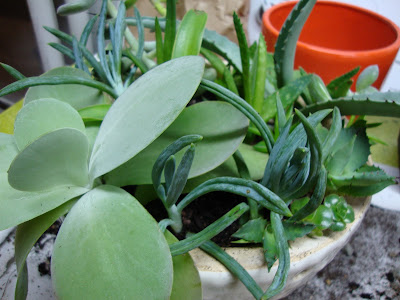 I like it, but something is missing, I decided it needs a little contrast. So I grabbed my Aeonium Schwarzkopf. It had several small “branches” that were getting a little leggy. 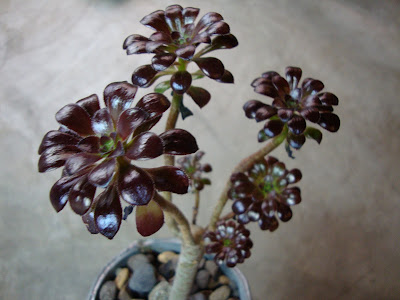 I decided to cut them off and use them, plus (hopefully) it will re-grow new rosettes from the severed stem, it happened before! The contrast works, a few purple/black “blooms” set off the silver/blue foliage wonderfully. 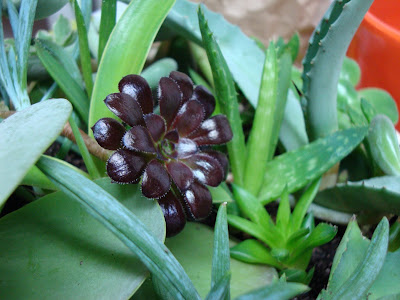 Some of you are probably thinking the container is way overplanted right? It is…but that’s my style. I wanted instant impact….summer is to short here to wait for months for it to fill in. 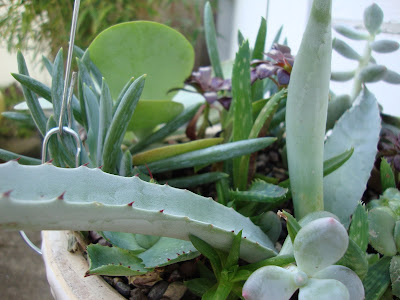 Shortly after planting I brought them outside to enjoy a sunny afternoon, but since the temps are still dipping into the mid to high 30’s and low 40’s at night it will be awhile before they assume their permanent positions outside for the season. 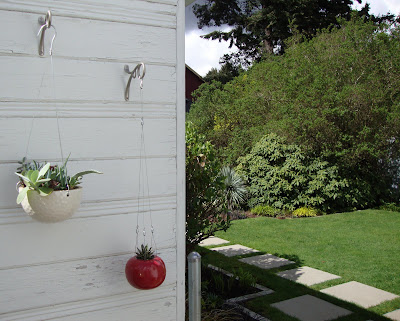