This Bloomday really illustrates how far ahead we are in Portland this year vs. last year. Last April all the Euphorbia were at their peak, this year many are already starting to fade. An exception is the Euphorbia characias ssp. Wulfenii it’s really showing off! 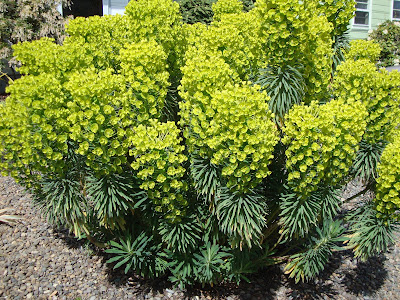 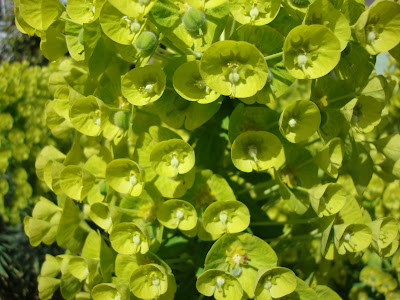 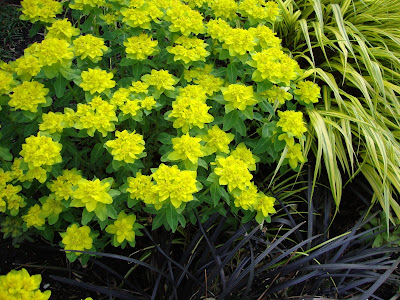 And the unknown (possibly Euphorbia cyparissias) is just getting started. 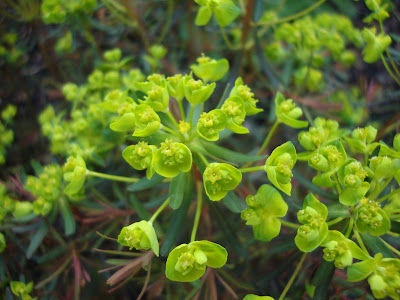 It can be a bit of a thug but is easily pulled out when it shows up where it’s not wanted. I thought it looked good growing up through the Sedum. 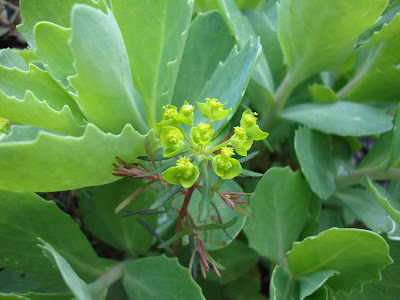 Saxifraga x urbium 'Aureopunctata' blooms are numerous. And they have about another week before they start to irritate me and I cut them all off. Things can get ruthless in the danger garden. 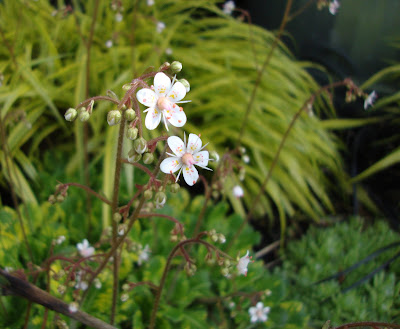 The lone Tulip blooming is a brave brave soul. I keep seeing a flash of yellow out of the corner of my eye and think…gosh that’s a tall dandelion. Before I absentmindedly pull it I stop to focus on it and realize it is a Tulip, and it lives on. 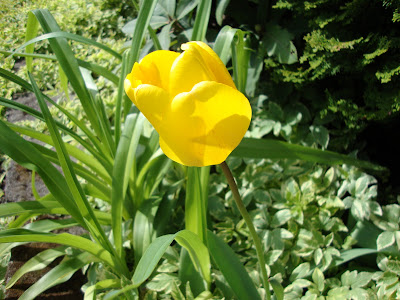 The Camellia is still opening new blooms; I think this is its most prolific year yet! 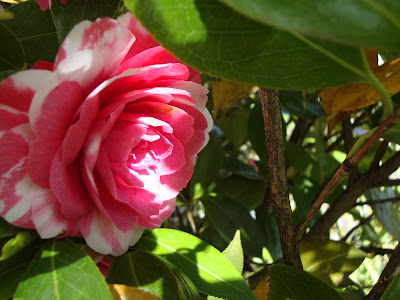 The new Lewisia is blooming up a storm. I bought it because I really liked the foliage; I hope I don’t grow to dislike the flowers. Wish me luck with that, they were supposed to be peach but they look awful pink to me. 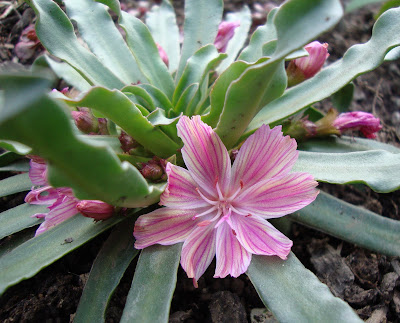 These white bell flowers were part of my inherited garden, I’m sure their name is painfully obvious to most of you but I’ve never known what they are. They seem a little late this year actually. 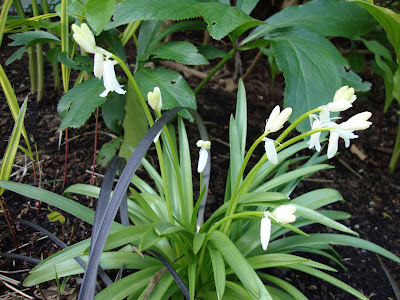 This Clematis is another inherited plant. Although it was a mere twig hidden behind overgrown Rosemary (since deceased) when I discovered it. 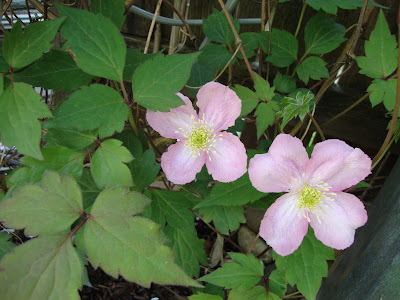 No longer, it is a vigorous healthy vine now, in fact when I went to take Bloomday pictures I discovered it was growing up and curling around and through many of the bamboo stalks, and in fact pulling some of them over. This picture is about 8 ft up off the ground. Luckily I caught it in time unwind it and save both the Bamboo and the Clematis vine. 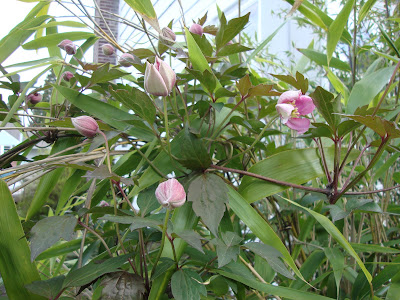 Two of my three (new) Ceanothis already have little blooms, here is the Ceanothus ‘Joyce Coulter’… 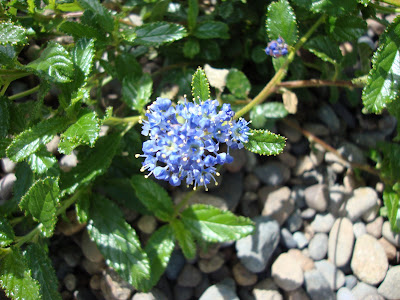 And the Point Reyes Ceanothus… 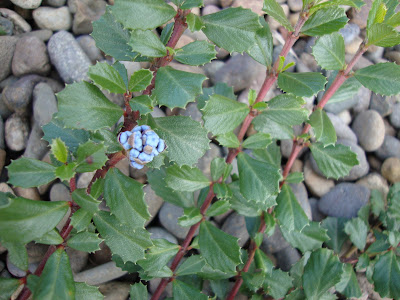 And lastly, my fav, the Echium candicans. 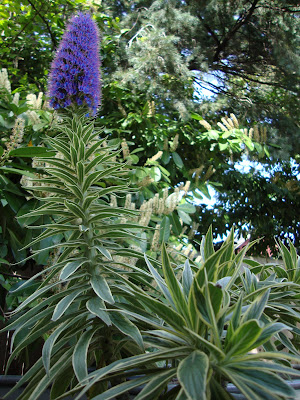 It is my dream to someday have a huge shrub that blooms its heart out (I guess that means I'll be moving to California), but for now this single, fabulous bloom spike will due. 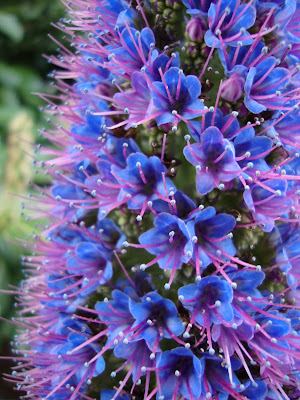 Curious about what else is blooming out there on this April bloomday? Head on over to May Dreams Gardens for the full line up!