I first posted photos of this green wall back in Oct of 2013, and then did an update in December of the same year, after we came out of a deep freeze. Hard to believe that was almost ten years ago! 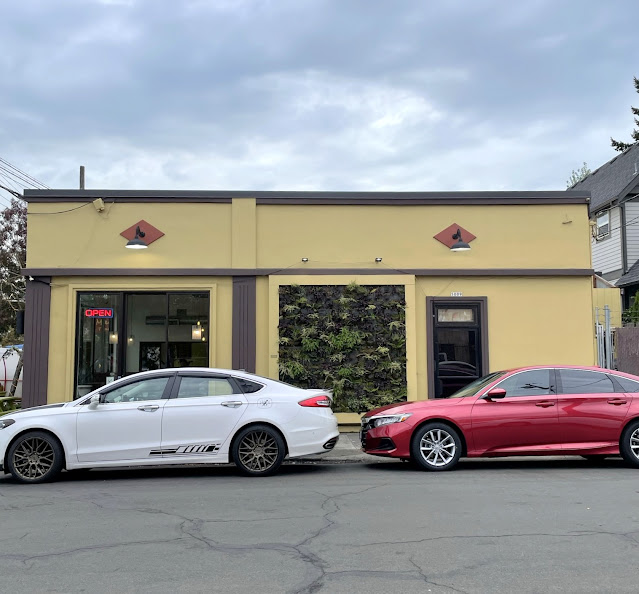 Since we still get Thai take-out nearby I see this planting at least once every couple of months. 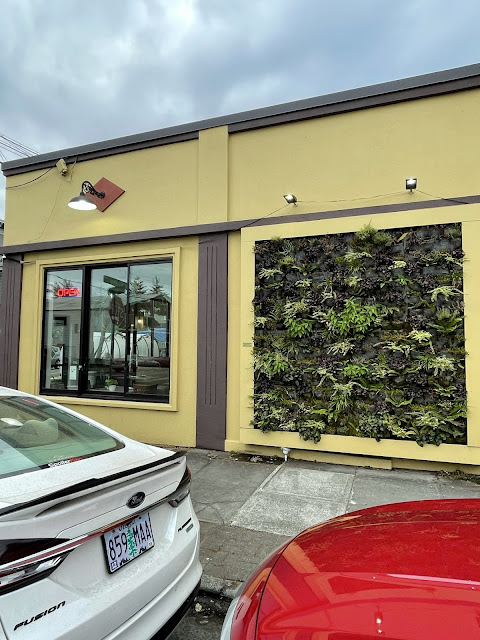 It's held up pretty well, better than most I'd say. 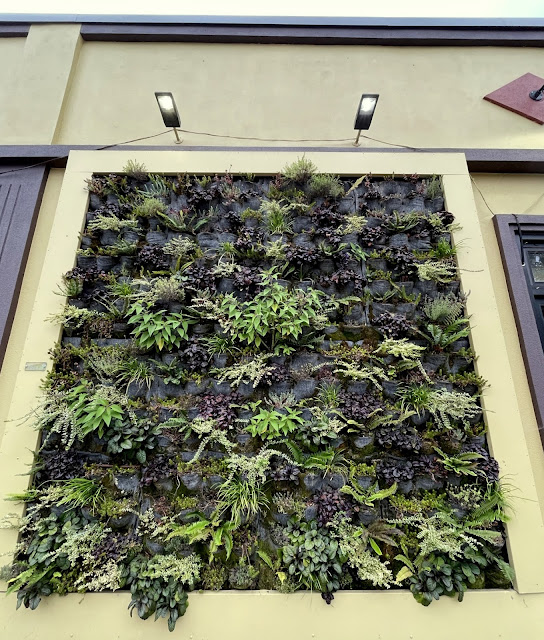 A Google search for VeraWall returns nothing useful, and the link in my original, 2013, post goes nowhere. Sadly it seems the maker of this long-lasting green-wall pocket system is no more. 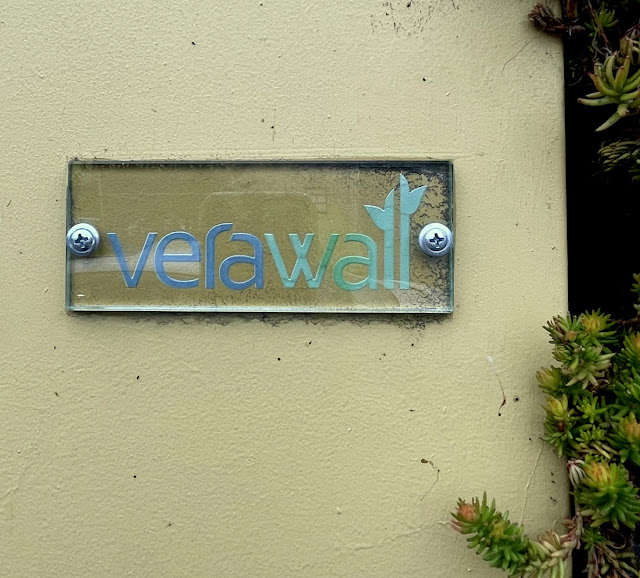 The hour was late and all I had was my phone for photos, so the color is a bit off, but the plantings were pretty lush. 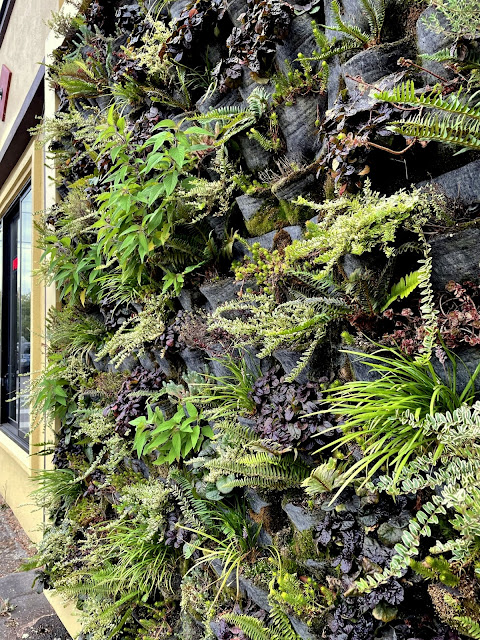 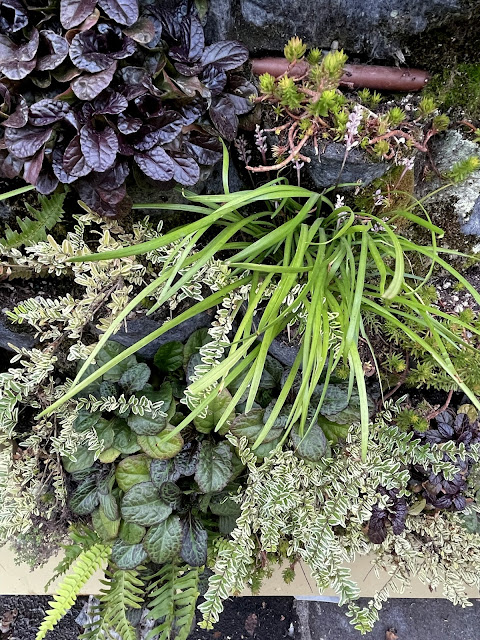 I love that there's moss growing on the pockets. The fact that it's still green after a historically dry and warm summer tells you they must irrigate fairly regularly. 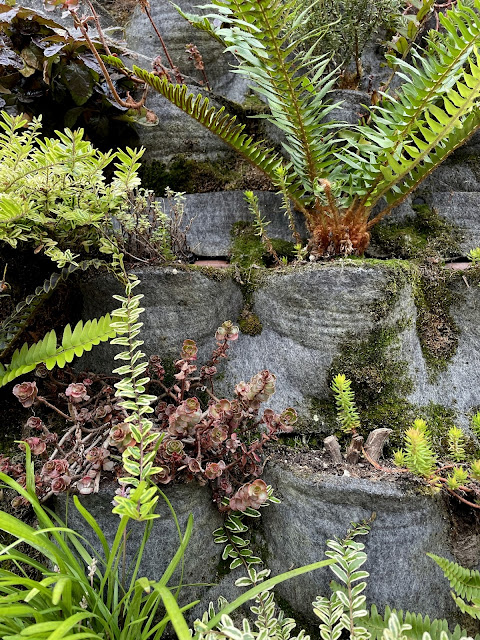 You can see the irrigation hoses as they traverse the hanging. 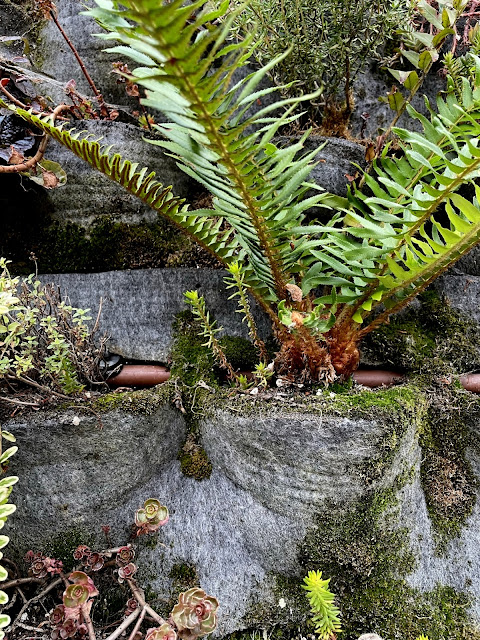 I may have gotten a bit snap-happy, but the plants had so much personality. 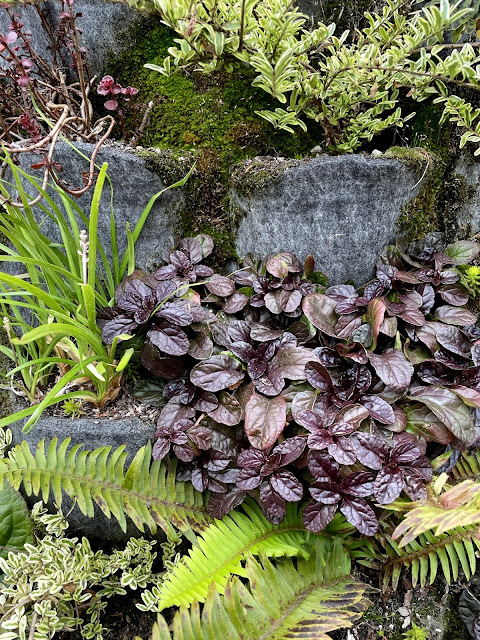 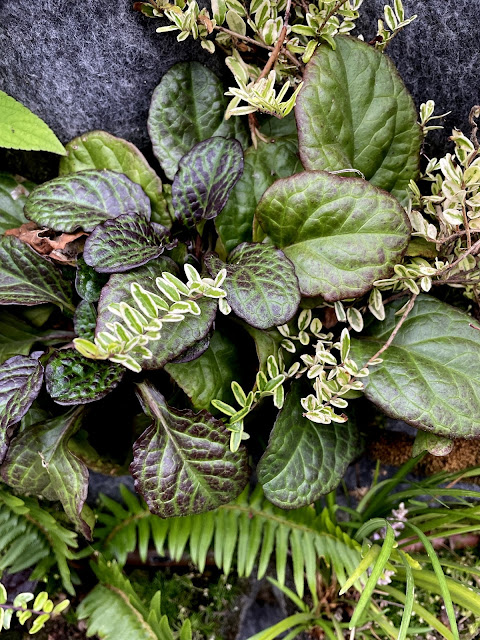 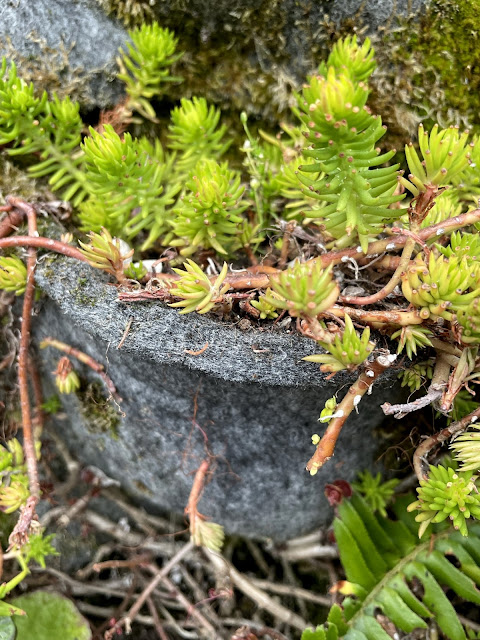 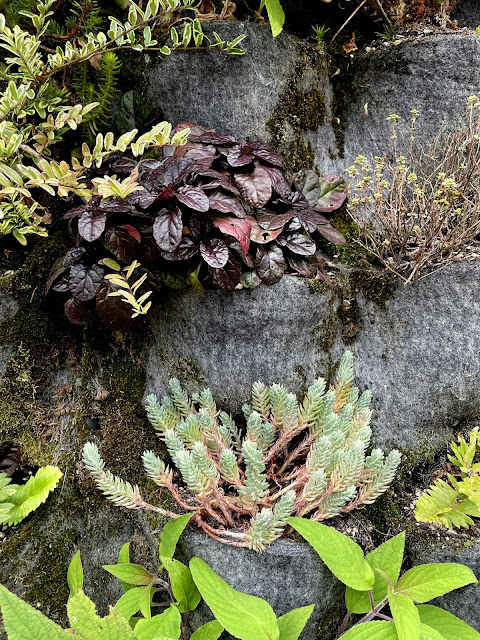 Interestingly this piece hangs on the side of a Thai restaurant—Mae Ploy—that we've never tried. Instead I park next to it and walk up the street to Thai Noon. Perhaps I need to rethink that and support the restaurant that's supporting the plants. 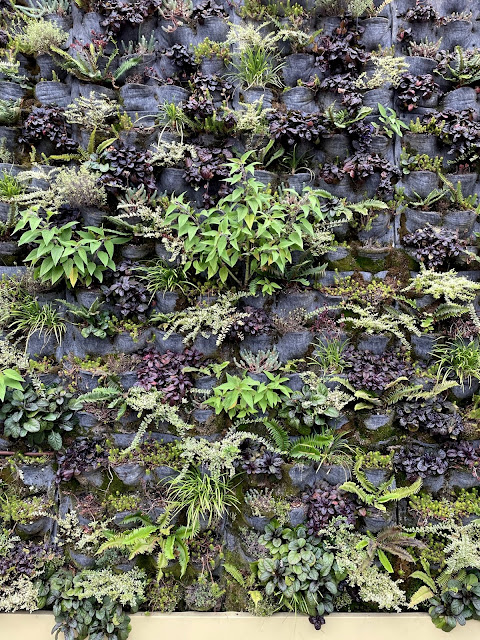