In conversations with Portland gardening friends it seemed inevitable that at some point the name One Green World would come up. Then, when I'd admit that I hadn't visited, they'd look at me with a mix of wonder and disgust, maybe a little curiosity too. Kind of like I look at someone when they tell me they didn't like agaves. Ya, like that.
So you know what? I finally visited! 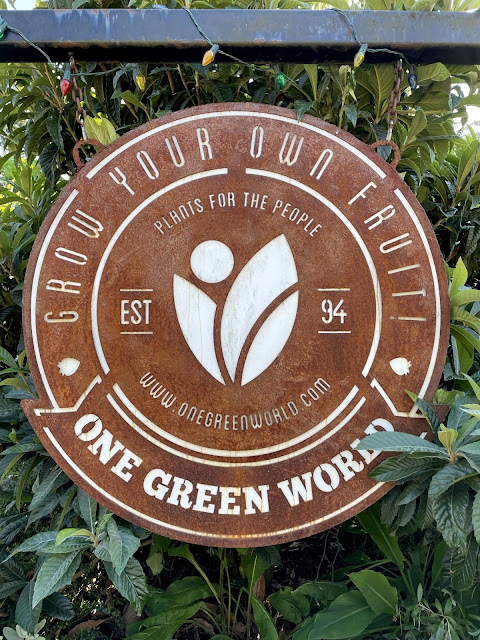 Why exactly had I not visited? Well in my mind One Green World was all about edible plants. I have nothing against edible plants—berries are one of my favorite food groups—but I don't need to buy edible plants. People kept assuring me that they were more than "just edibles"... yep. They are, and guess what, they have agaves! 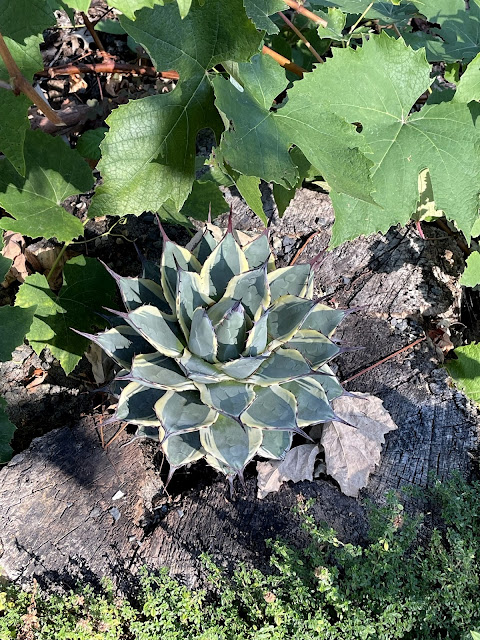 Big ones! That's a huge Agave vilmoriniana over by the rocking shipping and receiving area... 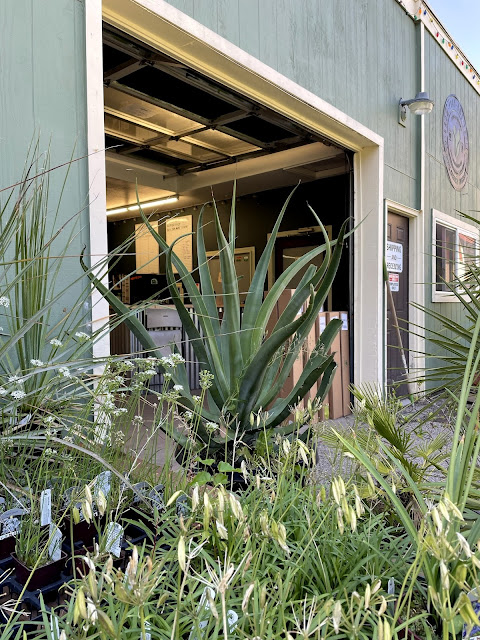 ...and they really were rocking. The music was up and the employees were singing along, it can only be described as joyful. That leads to another of the silly reasons that I hadn't visited. No not the singing, the shipping. Their website is really dialed, they have a very robust online sales presence. When I run across an online nursery like that I start to suspect they aren't really so much plant people, as they are an online sales machine. Sort of like an online business I recently discovered that's selling moss (it's horrific, and no I will not link to it).
But you know what, I was wrong. This is very much a nursery with real enthusiastic plant people and great plants. 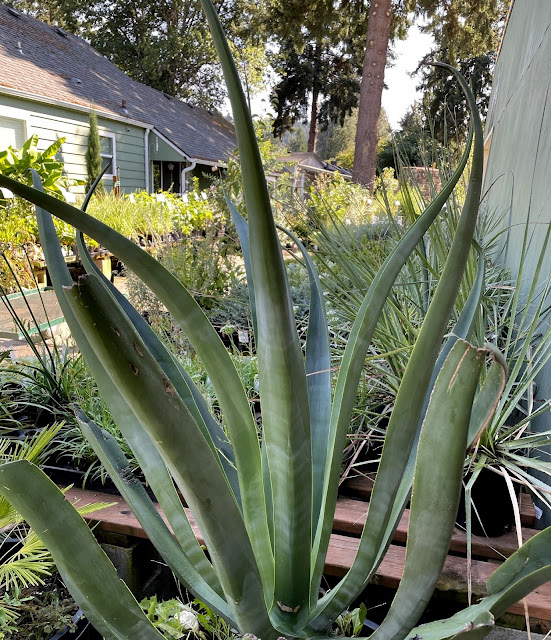 So many great plants! 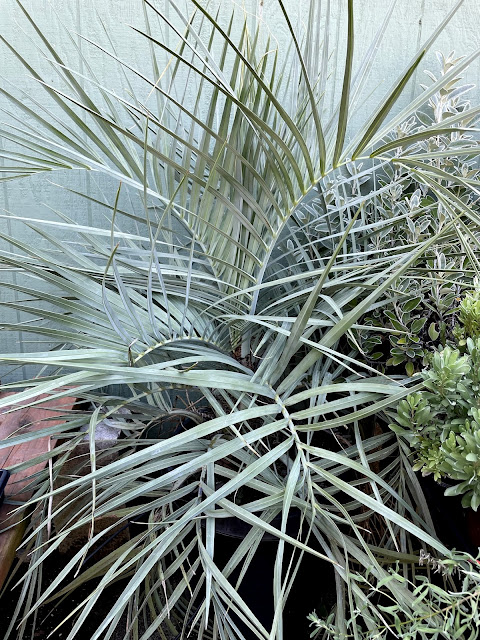 And at really good prices too (I don't think they'll be shipping this one). 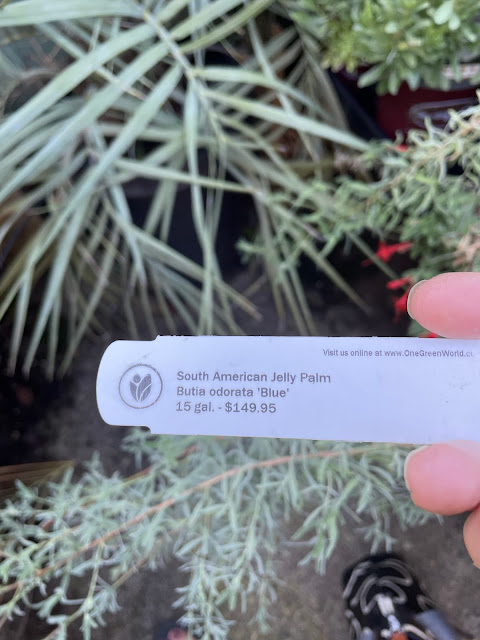 I was completely floored by their agave selection! Look at all of those Agave ovatifolia 'Frosty Blue'... 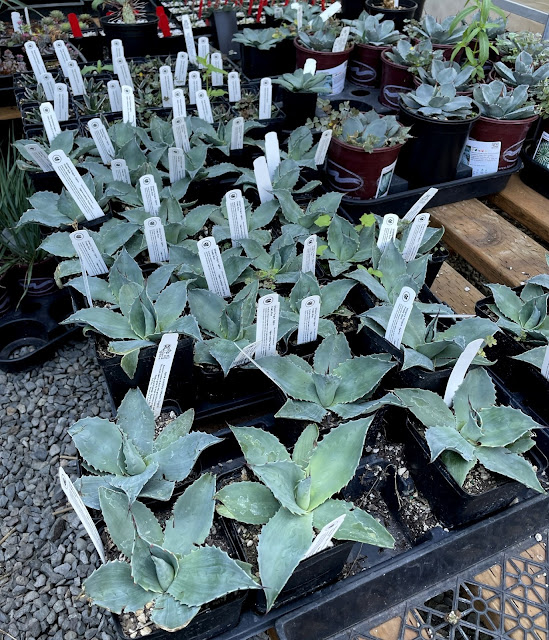 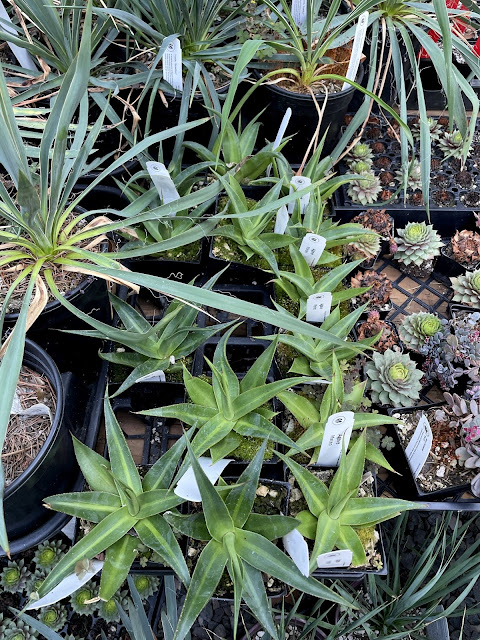 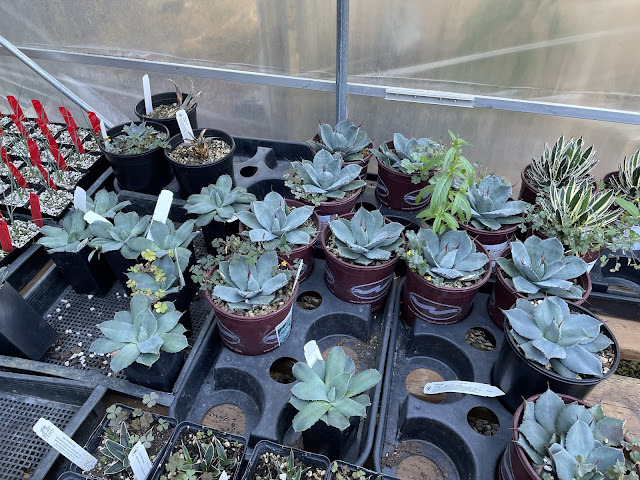 And a mass of Agave funkiana 'Fatal Attraction'. 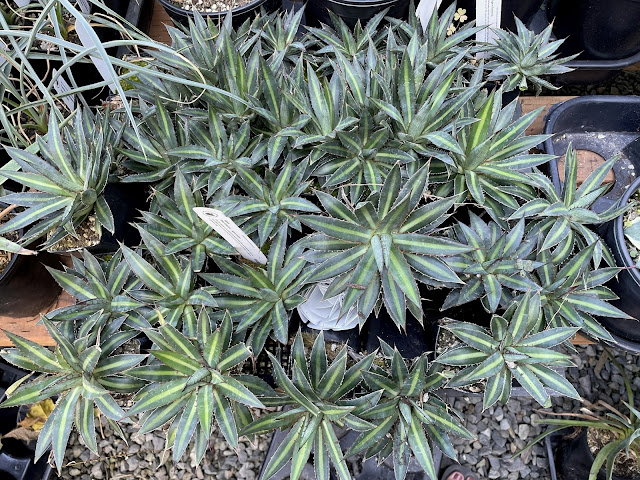 These next few photos were taken in a small greenhouse that I think might have been off-limits, but hey—the door was open and there was no sign saying stay out, so...I went in. Looks like a propagation space. These Mahonia haematocarpa were absolutely adorable. It's not a species I'm familiar with. 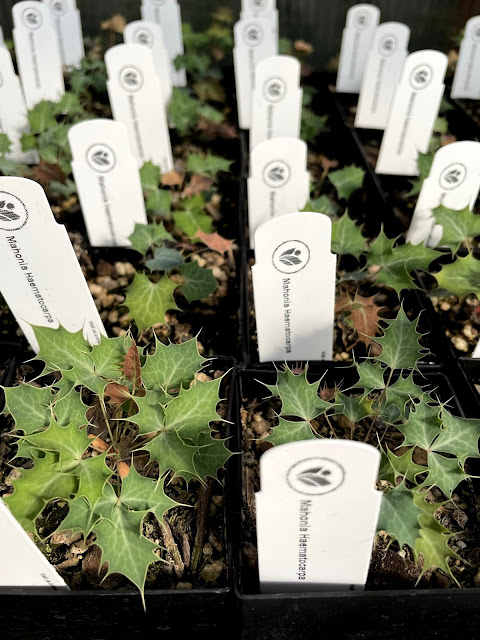 Check out this bit of magic! That little green sprig busting out of a nut... 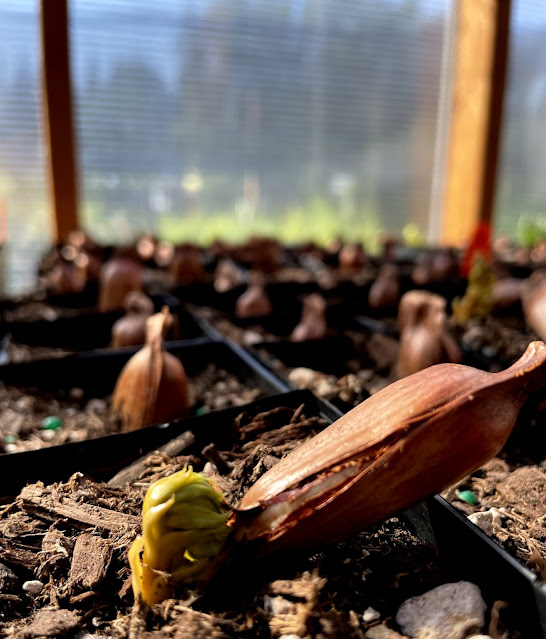 This one is ahead of the pack. 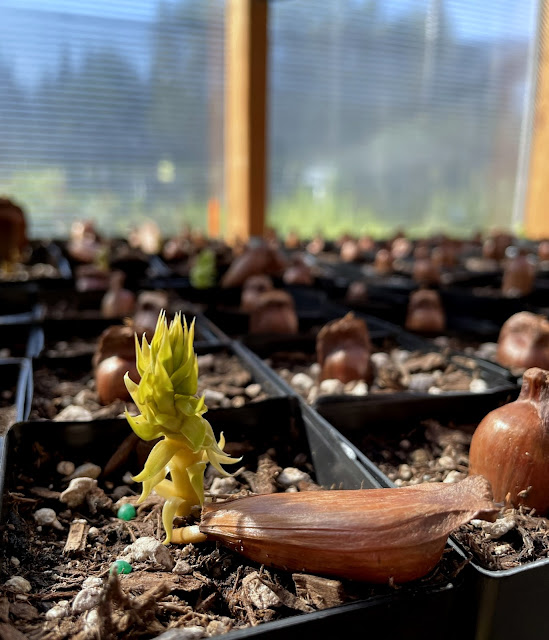 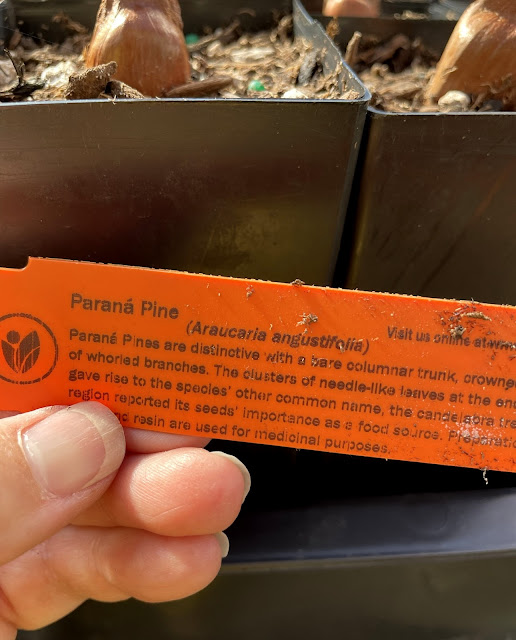 There is also a small display garden in front of the home on the nursery grounds. 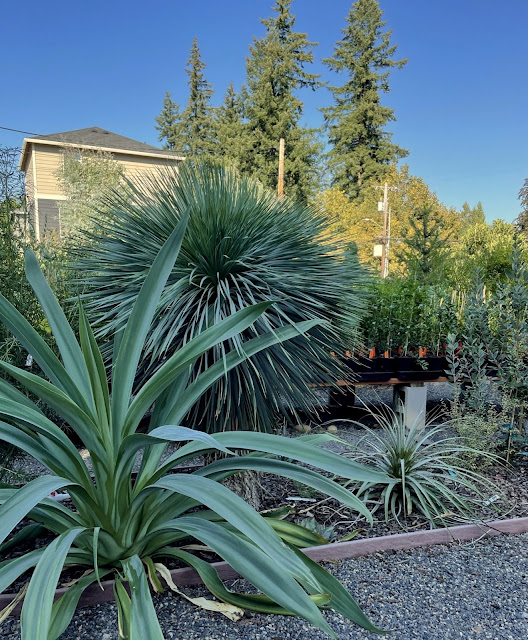 There were many healthy loquats at the nursery, now I know where to send friends when they ask. 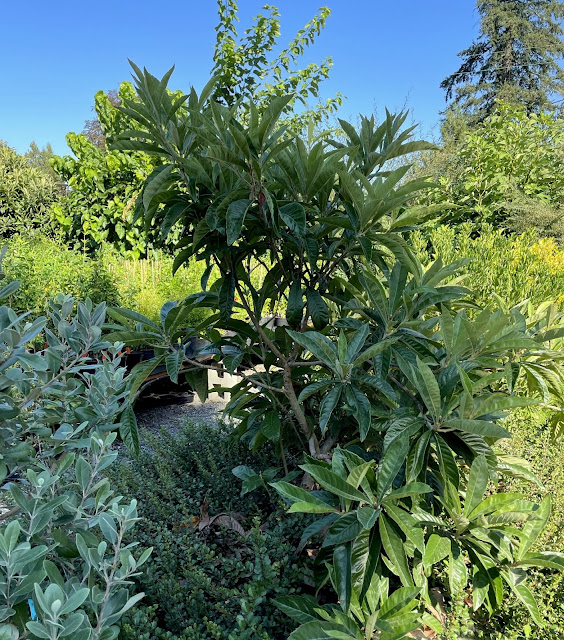 The most humbling moment was when I met (or remet, it seems we had crossed paths prior at a party at Sean Hogan's) Sam Hubert (horticulturist/nursery manager) and he told me they carried my book. What!? Seems he's trying to get the edible gardening folks to embrace a wider idea of what a garden can be. Do you remember what I wrote at the top of this post? Ya, one of the reasons I had put off coming to the nursery because I thought it was all about edibles and I didn't need to shop for edibles. Hmmm. Seems I need to expand my ideas as well... 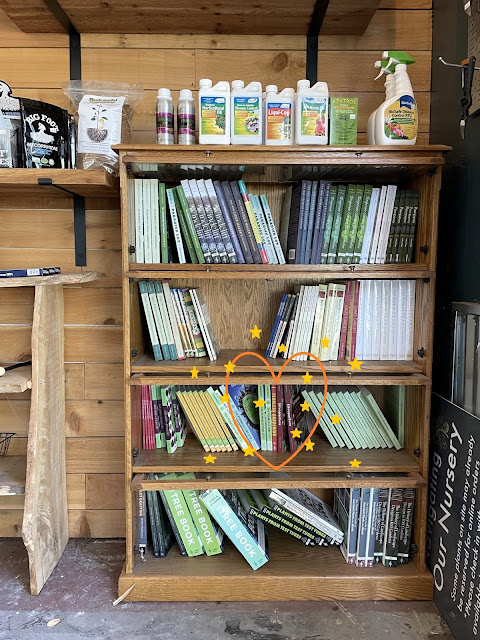 So here's a fun thing. If you search their website for agaves—here—not only do you find an excellent selection of agaves to purchase, but my book shows up on the second page of the search results. How cool is that? Don't worry that there's only one on the shelf, Andrew (who I also met during my visit), assured me more were on order. 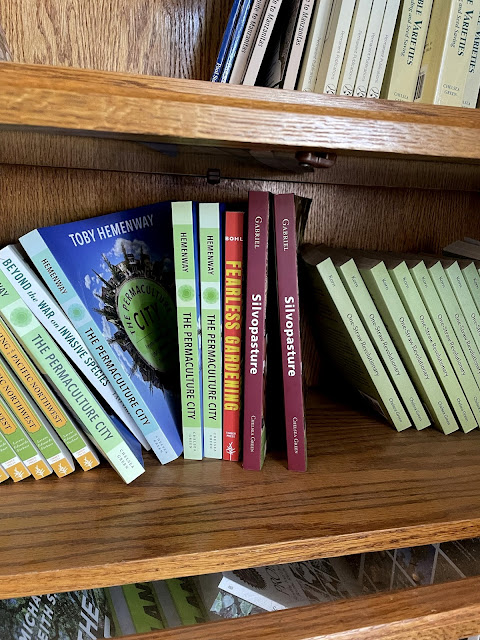 So what did I buy? Ya, you guessed it. Two Agave 'Mateo' and an Agave funkiana 'Fatal Attraction', I was shopping on brand and I will definitely be back to One Green World. 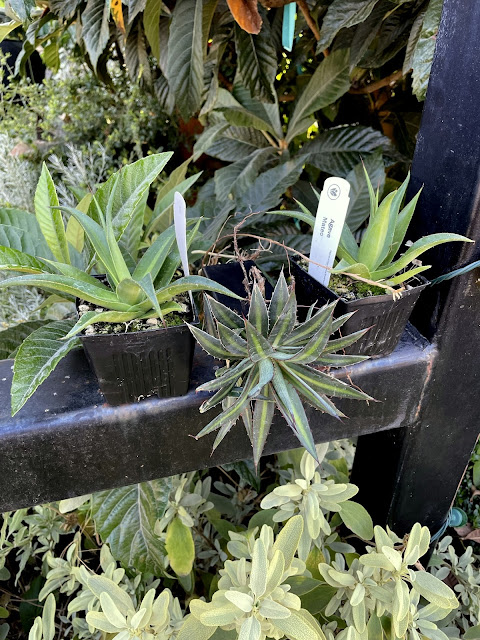