A quick stop at Doug and Bruce's garden

I'm certain that I've shared a photo or two (maybe three?) from this garden in the past. However I know I've never done a full blog post, or shared an image of this, their fabulously reworked front garden... 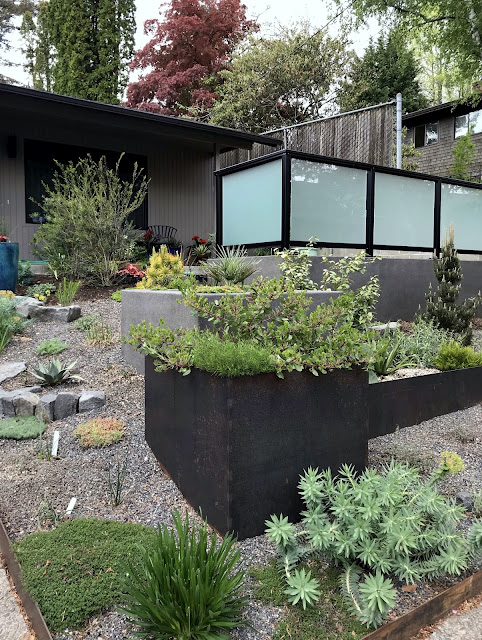 There's a nice private seating area behind that glass wall. Unfortunately I don't have a shot from an angle that shows it. Why? Because I started talking with the owners, friends Doug and Bruce and stopped taking photos. This is the same scenario that plays out every time I visit. This time I did at least manage to snap a few photos, enough to put together a short blog post. Not enough to fully show you the magic that is their garden, but at least enough to tease.
When the front garden was redone with the seating area, wall, and built-in planters (I'm guessing this was the design work of Bruce, who owns the firm Nature/Nurture Landscape Design) there were also a few agaves planted out, which would have been Doug's doing. I think may be an Agave colorata? 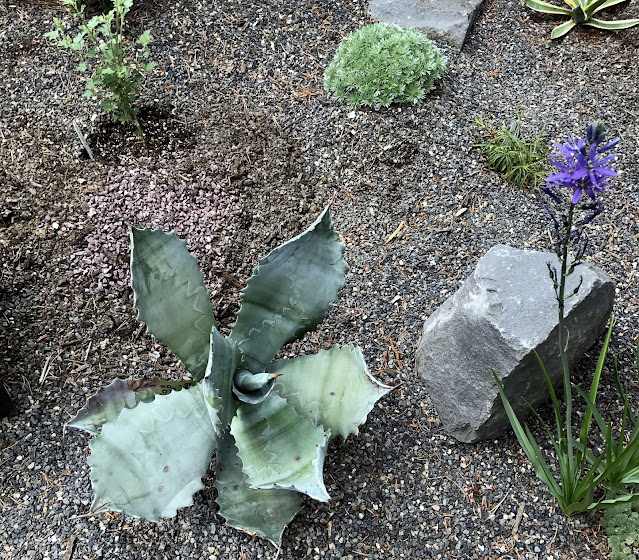 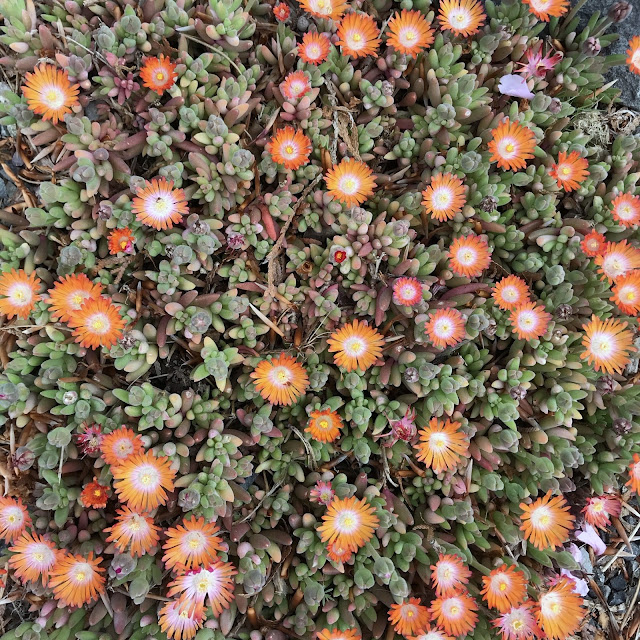 Walking along the side of the house to the back garden... 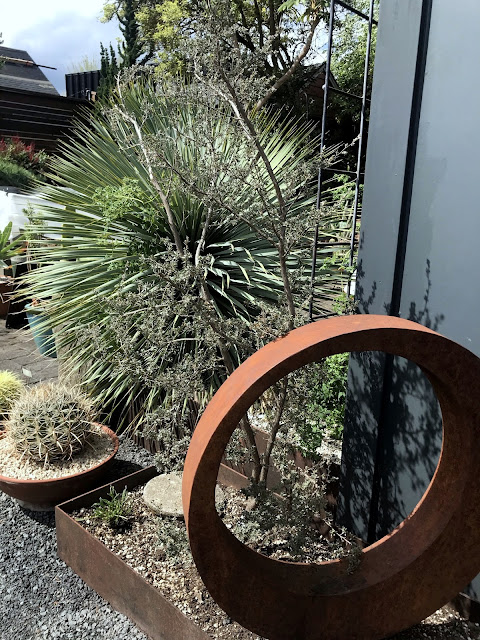 And then there's this! 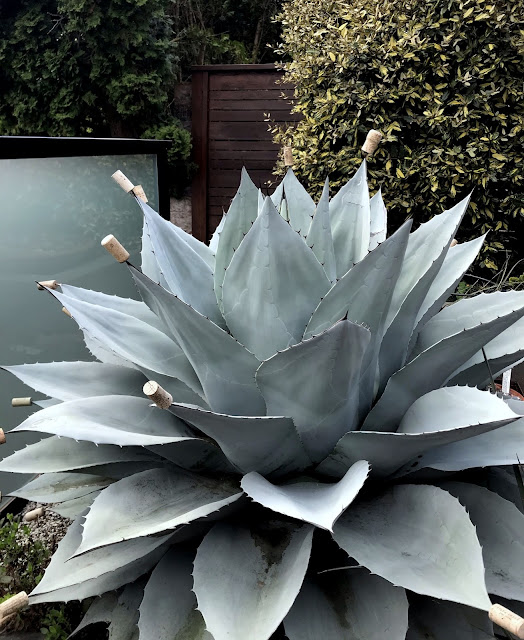 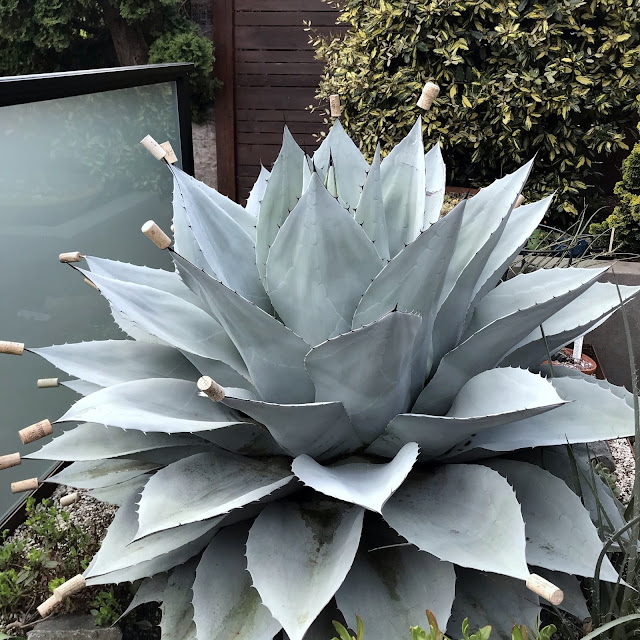 Why the corks? Doug covers this and a few other succulents over the winterime and the spines tend to rip the plastic. The corks keep that from happening... 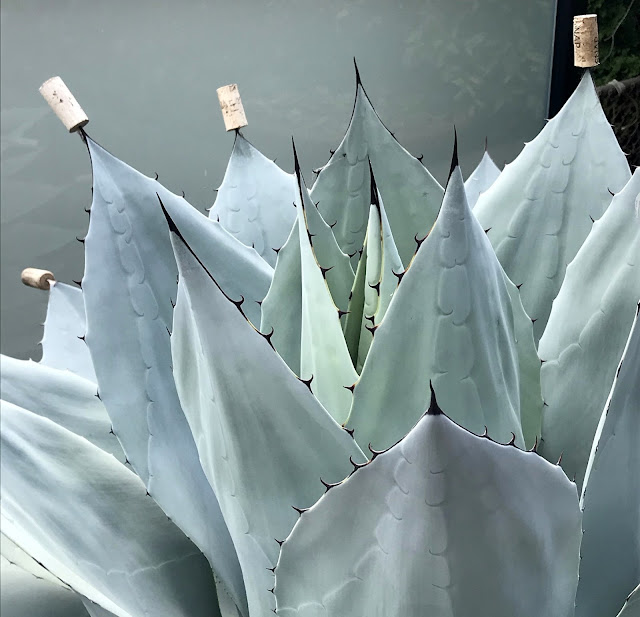 I loved how consistently the old fronds of their Trachycarpus have been cut. The pattern made by the bits left behind, as they work up the trunk, is kind of mesmerizing. 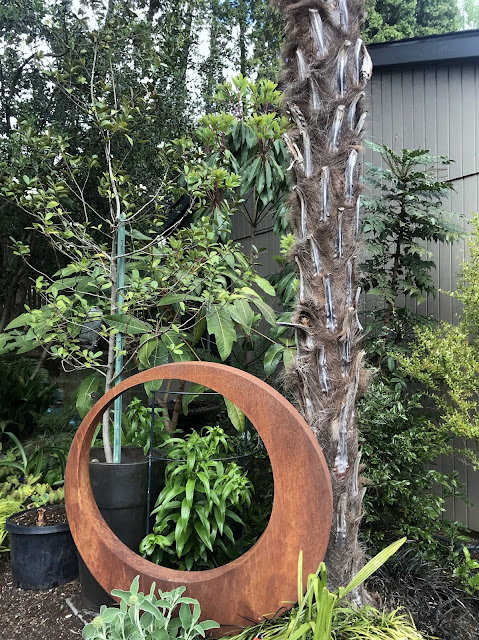 There's also a nice tall daphniphyllum (and schefflera! and mahonia!). Daphniphyllum are still all too rare here in Portland. 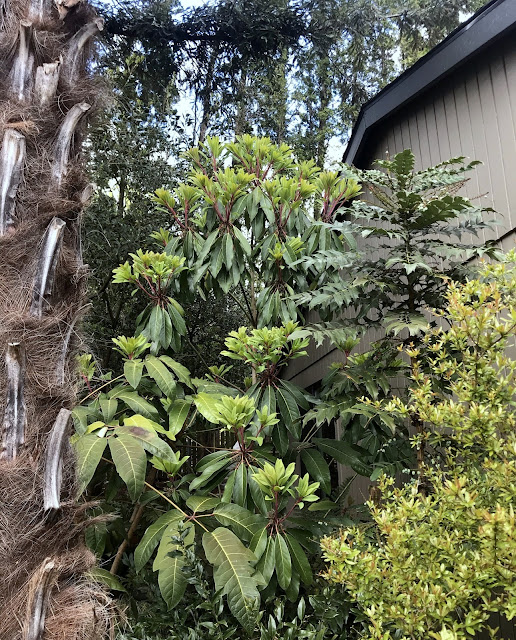 I could have spent hours photographing the containers of succulents, instead I just managed a couple of shots. Melocactus azureus, perhaps? 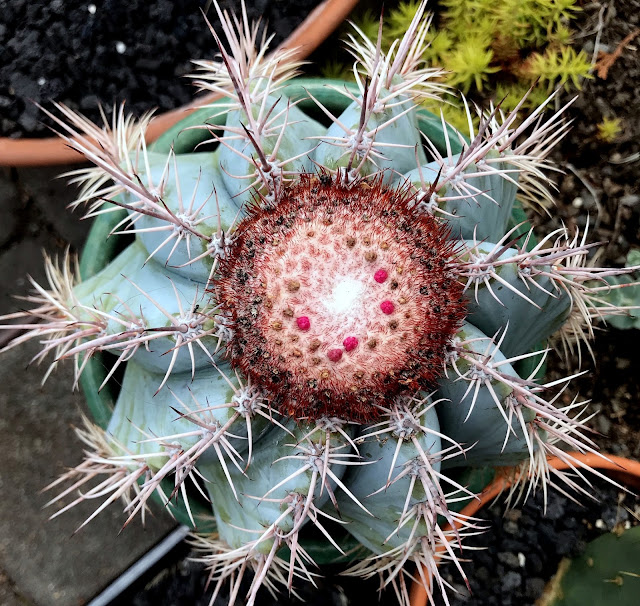 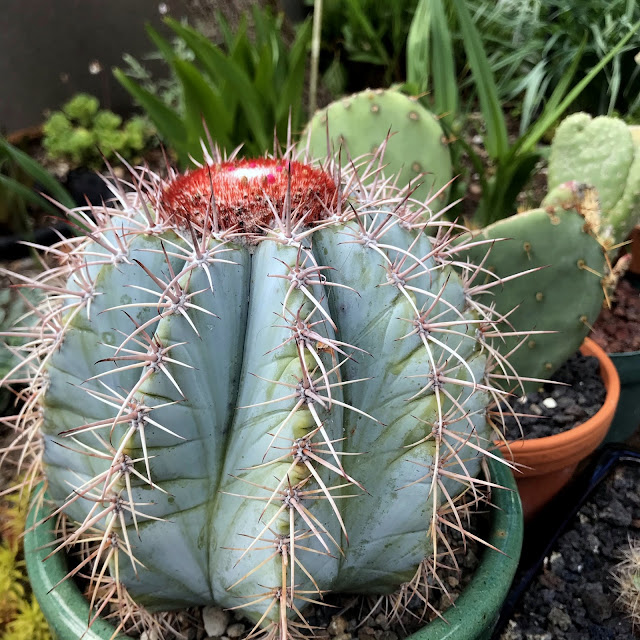 I didn't catch the name of this drought stressed agave that has changed it's coloration to match the custom container it's growing in—but think it's a great look. At least temporarily. 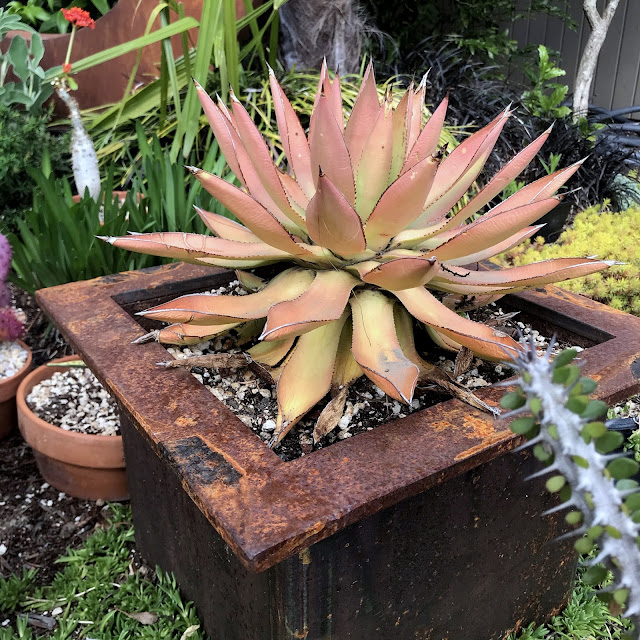 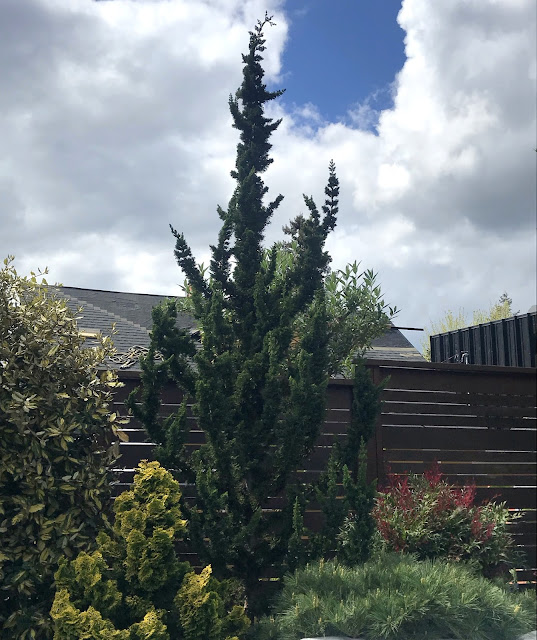 And finally I thought I'd sneak in this image I took here a few years ago. If you've read my book Fearless Gardening, then it might look familiar. I used it in the Chapter: Grow the Unexpected. Doug built these great PVC frames to protect his succulents. 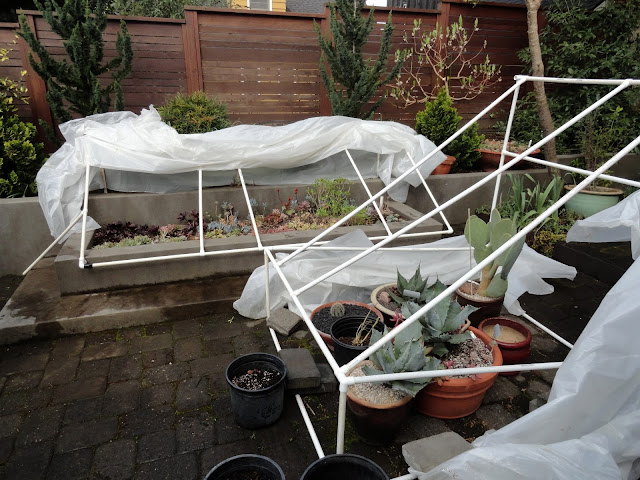 He's also the generous source of the Echium wildpretii that bloomed in my garden last year, that are blooming in my garden this year, and will (hopefully) bloom in my garden next year and the year after. He has a way with that plant and I am the lucky beneficiary. Thank you Doug, for sharing your garden and your plants!!!
—   —   —
Weather Diary, May 5: Hi 82, Low 46/ Precip 0
All material © 2009-2021 by Loree Bohl for danger garden. Unauthorized reproduction prohibited and just plain rude.