The complete title of the book is A Beautiful Obsession: Jimi Blake's World of Plants at Hunting Brook Gardens—and it is just that, a beautiful obsession. As gardeners I expect that you understand. 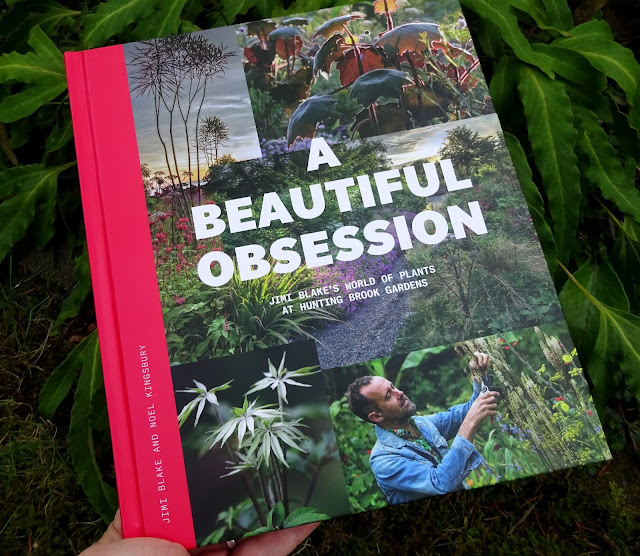 Before I can write about the book however I need to back up just a bit and talk about Jimi Blake, his sister June, and their PNW connection. The pair spoke at the 2018 NPA Study Weekend events in Seattle. I know so many people who attended that event and I will be forever sad that I was not among them (I was in Arizona and New Mexico at the time). After that weekend many of my fellow PNW gardeners seemed to feel a sort of kinship with Jimi Blake and I couldn't help but feel a little left behind. As a result I was thrilled to finally get this book and learn about what Jimi Blake is up to playing with plants and building his garden at Hunting Brook, in Ireland. There are some obvious parallels to the gardening climates of the Pacific Northwest and in Ireland, but I think Jimi also connected with the sort of "plant nut" vibe that many of us thrive on here in the PNW.

And next a note about the book itself, it is very unusual, visually and in its layout, something I really enjoyed. For example, how many gardening books do you crack open to find a drawing as colorful as this used as the end-papers, and with a disco ball no less! 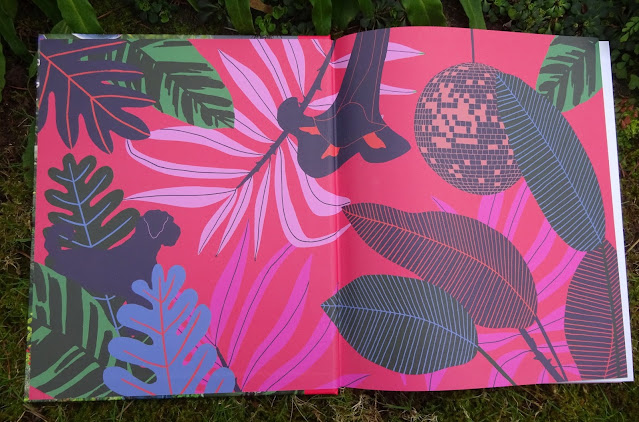 The book is (obviously) all about Jimi; his early influences and experiences, his garden, and his life with plants, as well as the classes and other events he does at Hunting Brook and online. But the book is written by Noel Kingsbury with a lot of "Jimi this" and "Jimi that". I found this to be a little distracting and I ended up wanting to hear directly from Jimi. That's my only real quibble. 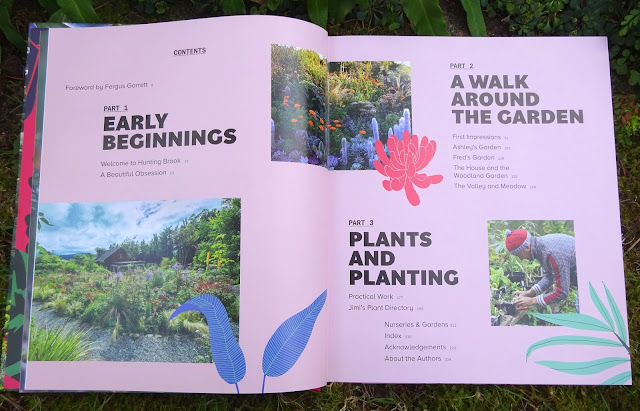 Once I settled in to read I learned that Jimi has been to Spokane, my hometown. In Part 1 "Early Beginnings" Noel Kingsbury writes: "Jimi's lectures abroad started in 2010, with an invitation to the Perennial Plant Conference at Longwood Garden in Pennsylvania. The first American lecture is always a significant step in a garden media career. Most garden lecturing is on the East Coast or the Pacific North-west, there are some exceptions, such as Spokane in Eastern Washington State" ... for what it's worth those who live in Spokane consider (and rightfully so) themselves to be part of the Pacific Northwest! Noel continues..."We have both been speakers there [Spokane] and have experienced the hospitality of the Meyer sisters, who organize one of the most successful garden shows in the USA and use the funds generated to support and adventurous lecture programme." I believe he's referring to the Spokane Garden Expo which I've only been home to attend once, in 2015. I had no idea it was such a well regarded event by foreigners! 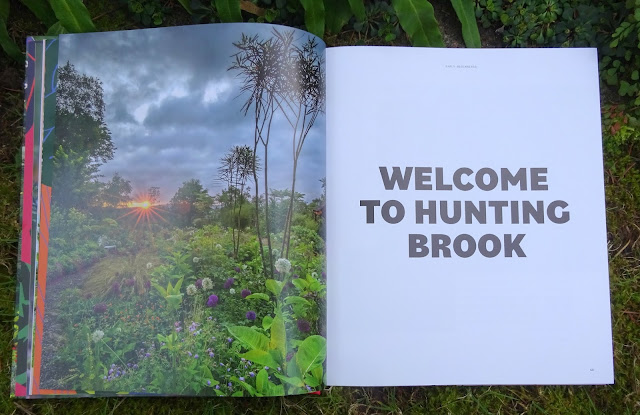 As a sort of welcome to the garden Jimi himself writes: "Gardening for me, truly is a beautiful obsession. I feel blessed to have had it from a very young age and it becomes more profound as each year passes. It is a privilege to be the guardian and curator of this sacred land at Hunting Brook, which for me has become a plant canvas where I can experiment with, grow, and collect plants from all over the world."

In a photo collage on the building of Hunting Brook, this snapshot from July 2017 is included with the caption: "My first cactus garden at Hunting Brook. I like to move them around and plant the cactus in different areas each summer." 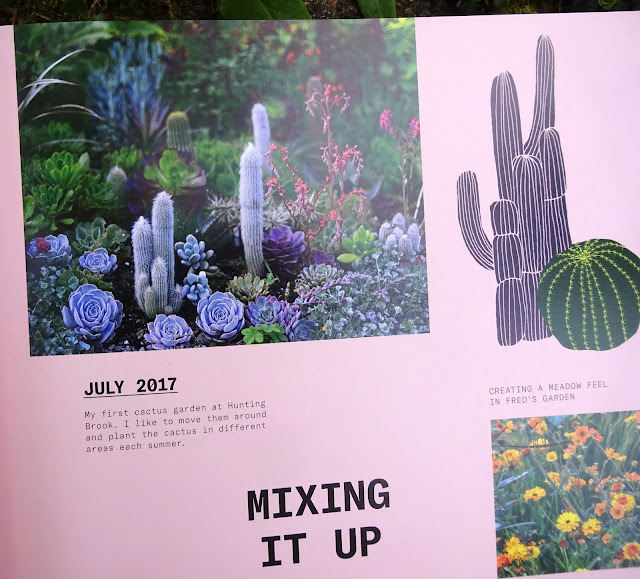 Suddenly I am inspired to plant out more cactus in the garden.

There are more words and inspiring photos as readers are introduced to the individual parts of the garden in Part 2 "A Walk Around the Garden" (Ashley's Garden, Fred's Garden, The House and Woodland Garden, The Valley and Meadow) and then in the final, Part 3 "Plants and Planting", we get down to the nitty gritty of plant talk and a plant list. I thoroughly enjoyed this book and recommend it. After all it's written for, and by, true plant lovers... 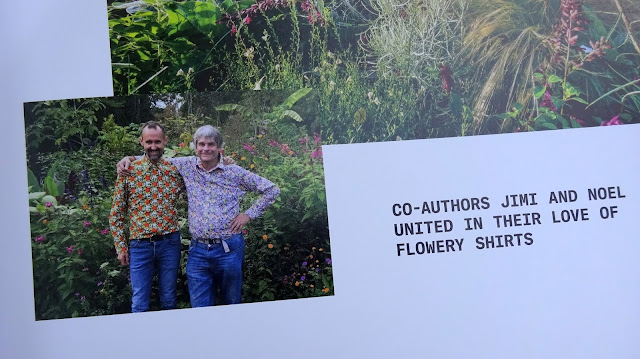