Cornelius Pass Roadhouse—do not worry! There were agaves...

So as I teased yesterday, there were agaves to be found at McMenamins Cornelius Pass Roadhouse, thank goodness! At the point I took this shot I still wasn't sure, I was just appreciating the row of bananas (Musa basjoo) along the windows... 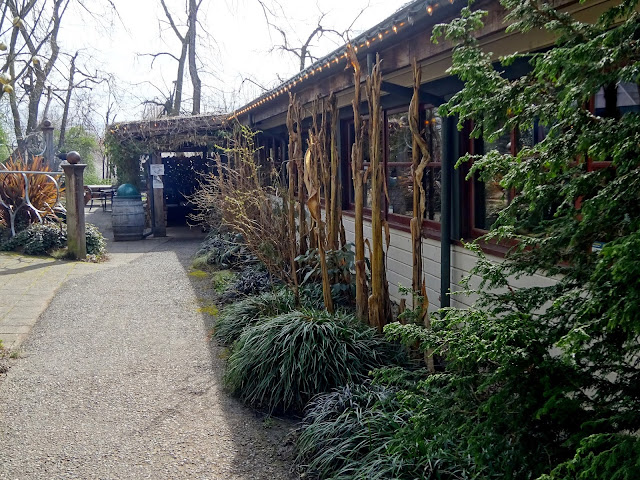 But walking on just a few feet I found the agaves, A. 'Blue Glow' to be exact... 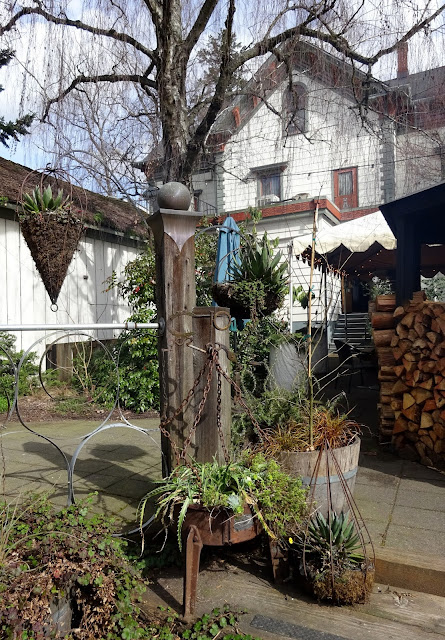 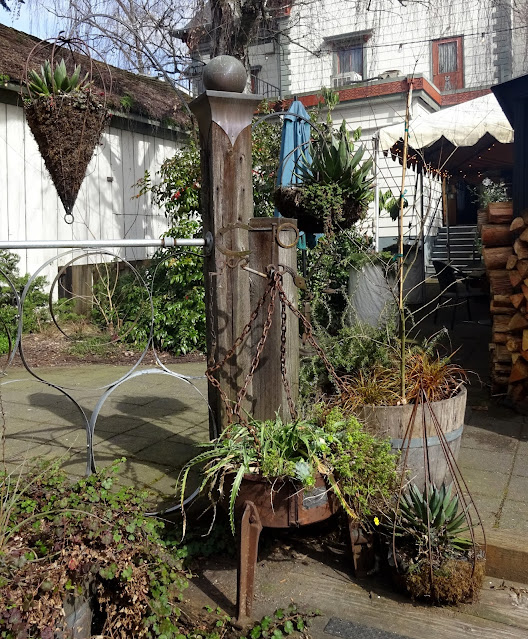 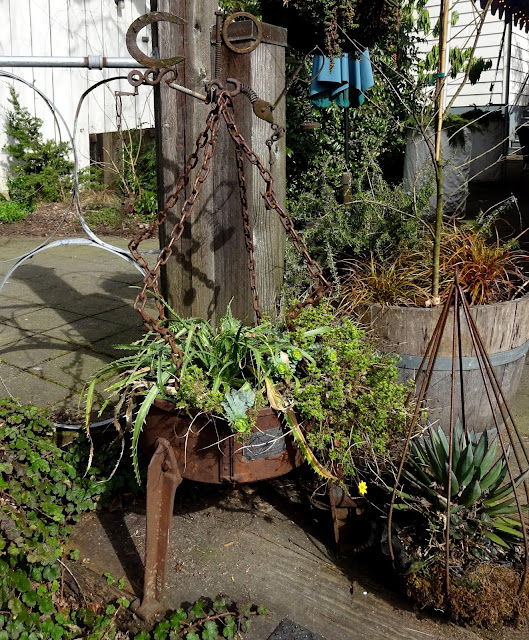 But then it was back to the agaves... 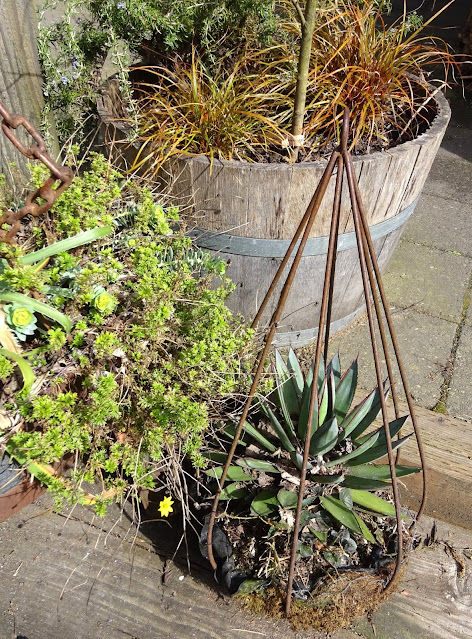 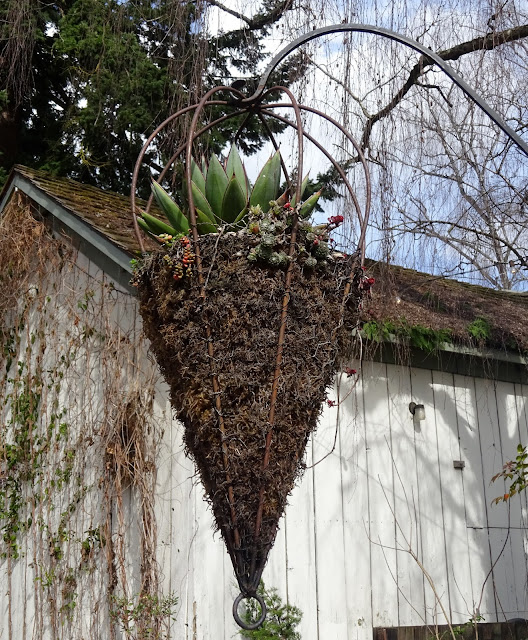 All of them outdoors just like this through the winter. 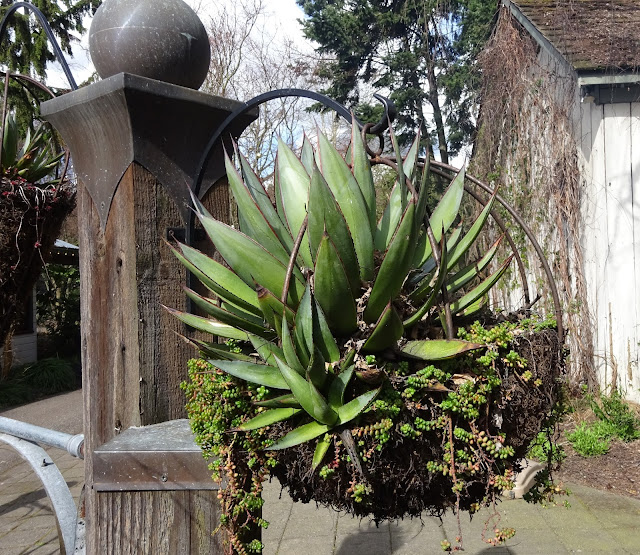 The wine-barrel-ring fence was also a nice touch. 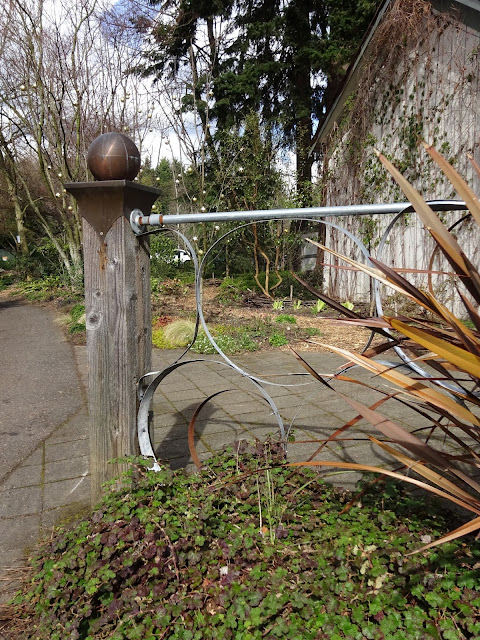 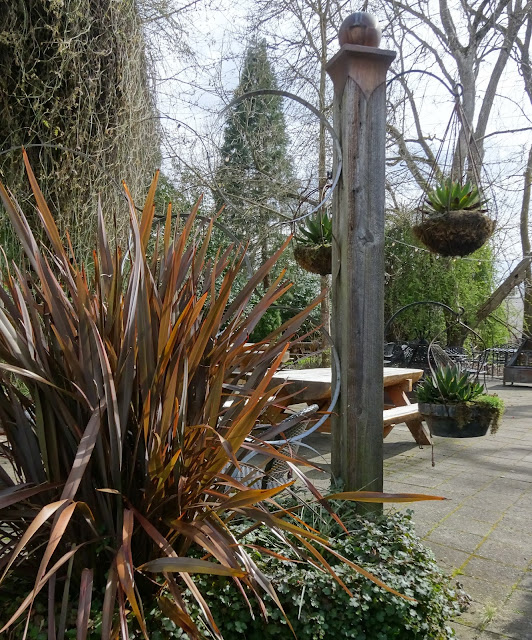 So many agaves! And to think I was concerned there would be none. 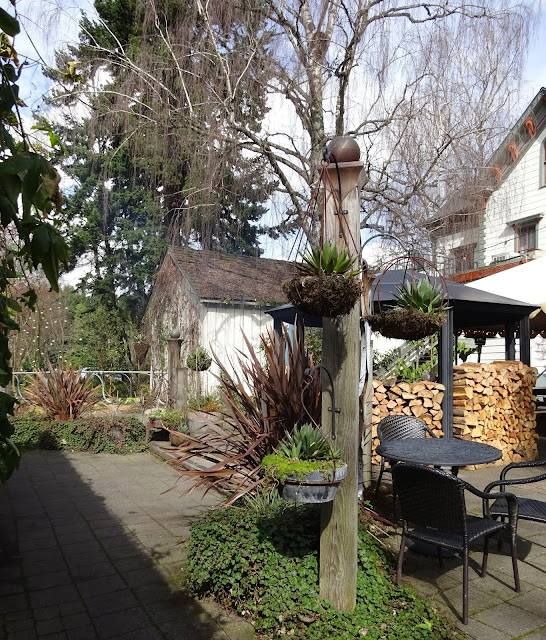 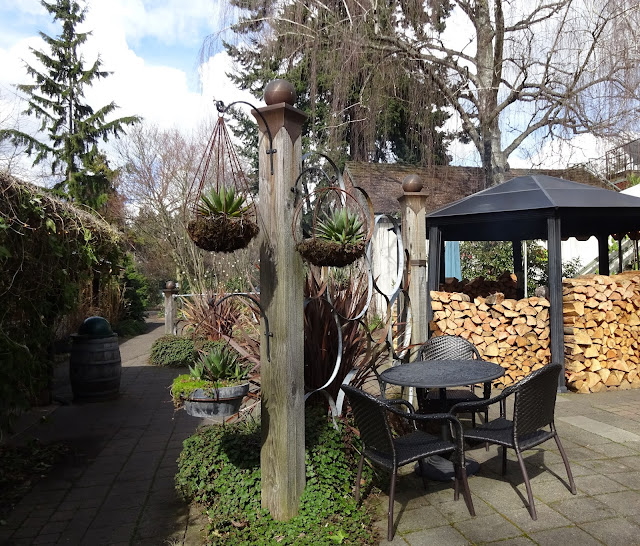 I find myself wanting to get creative with hanging containers and agaves now. I've not really explored that combination much. 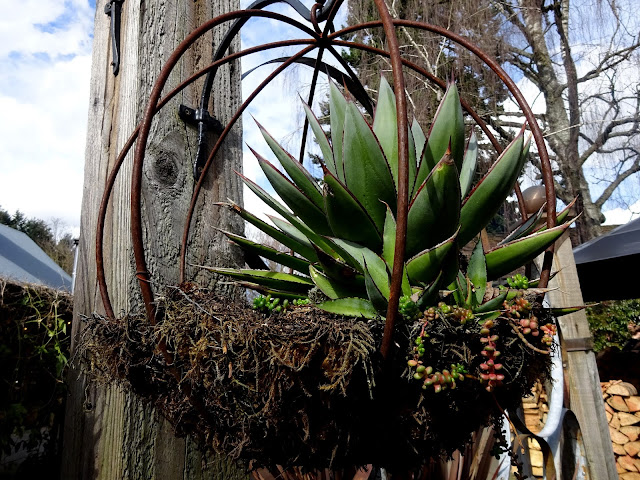 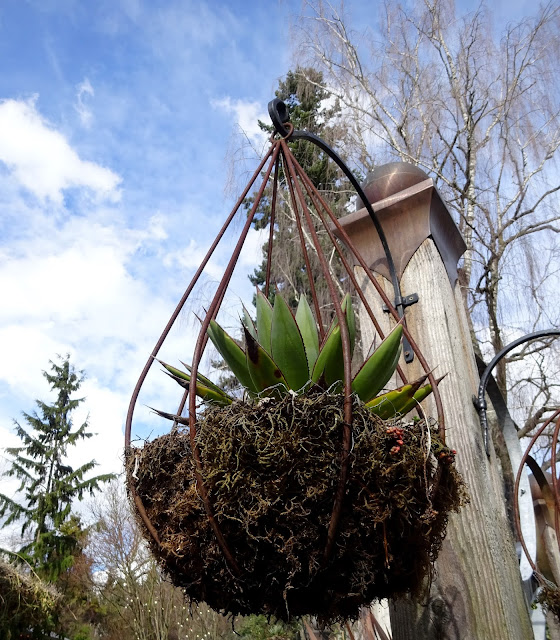 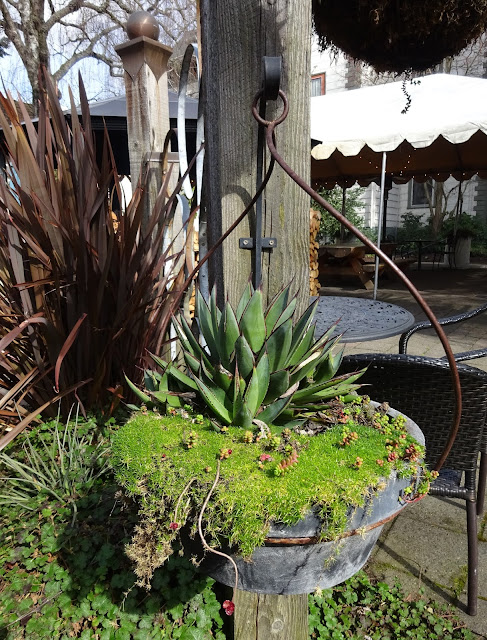 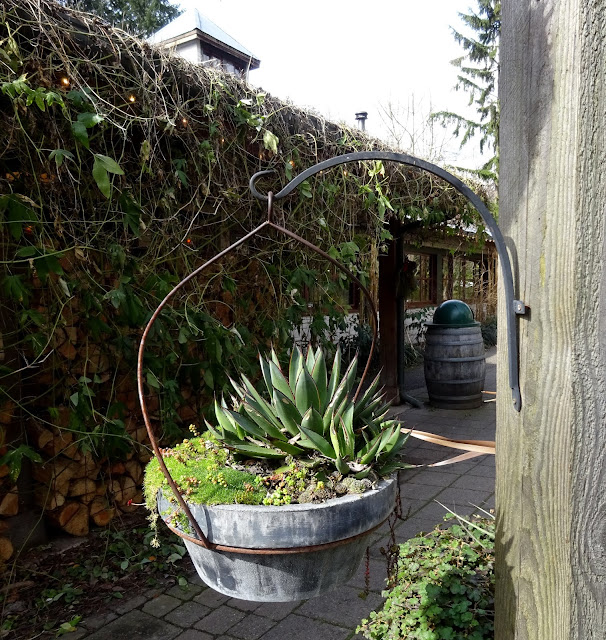 What can I say? Once again, McMenamins does not disappoint. 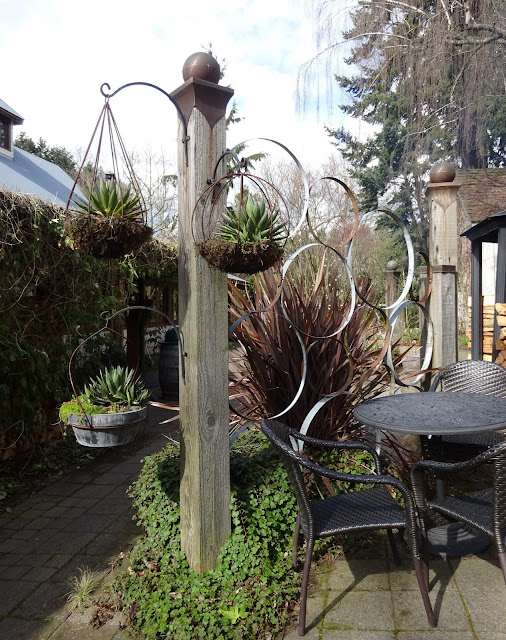