In a Vase on Monday; a new week, a few changes

Looks a lot like the intro to last week's "in a vase" post eh? Ya, I pretty much left everything the same and just changed out the flowers and foliage that had gone bad. 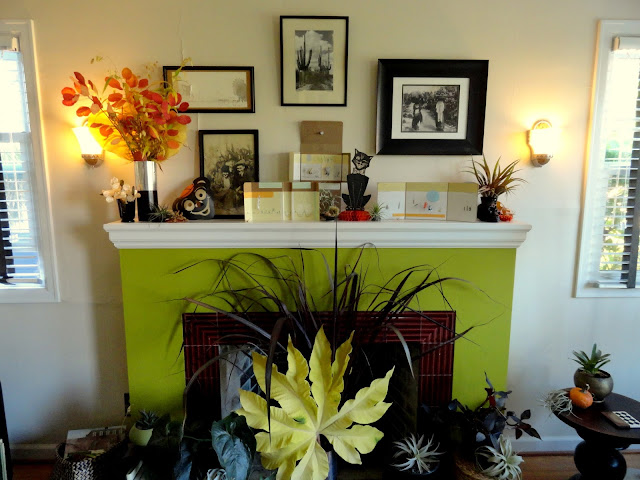 The tall vase, on the left of the mantle, now holds a couple of Cotinus ‘Royal Purple' stems, along with Chasmanthium latifolium (aka Northern Sea Oats)... Plus a few (nearly impossible to see) expired stems of Anigozanthos (kangaroo paw), because they are to cool to just toss, even when dried up. 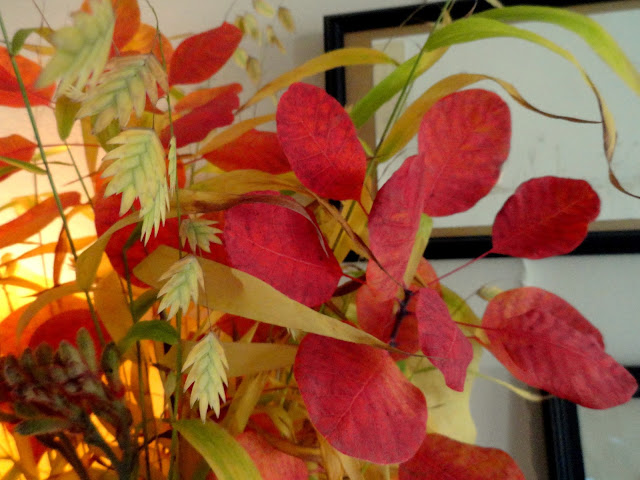 The golden Tetrapanax leaf has been replaced with a fresh one. 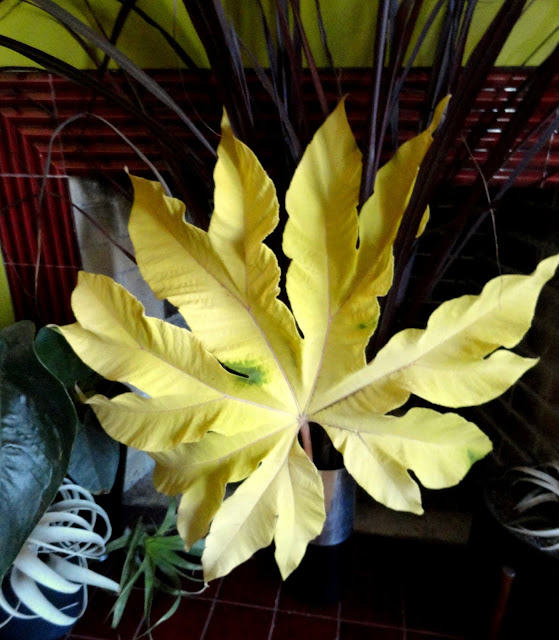 And I purchased a bundle of "pumpkins on a stick" to freshen up a vase of foliage that's been hanging out here for months. 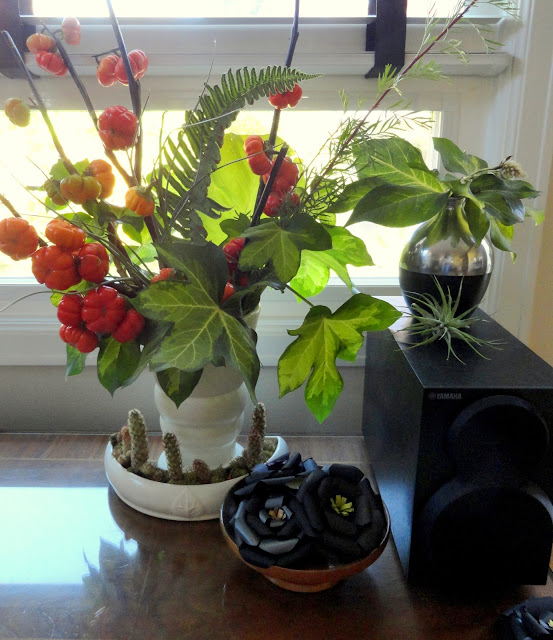 I'm a little embarrassed to admit it, but I'd never actually stopped to wonder what exactly these things are. Turns out they're Ethiopian eggplant, aka Solanum aethiopicum, aka the bitter tomato — a fruiting plant in the genus Solanum which is found mainly in Asia and Tropical Africa. 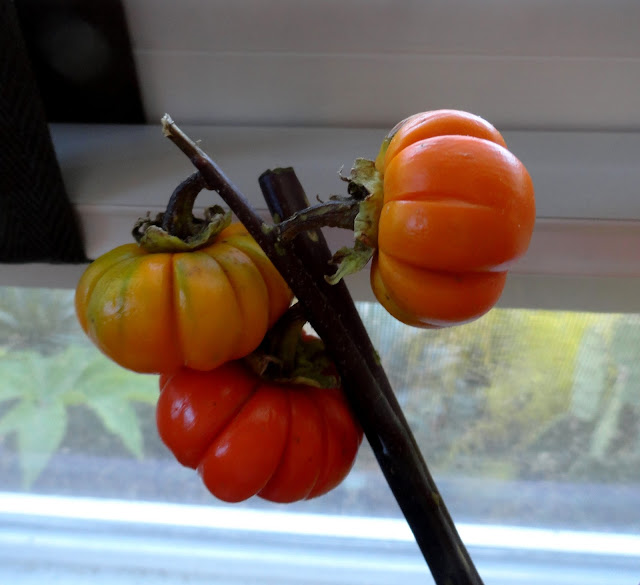 It's eaten both raw and cooked, and in Nigeria is sometimes used to make a tomato based sauce eaten with yams (source). If I were an adventurous, seedy, type I might try to harvest the seeds and grow them myself. 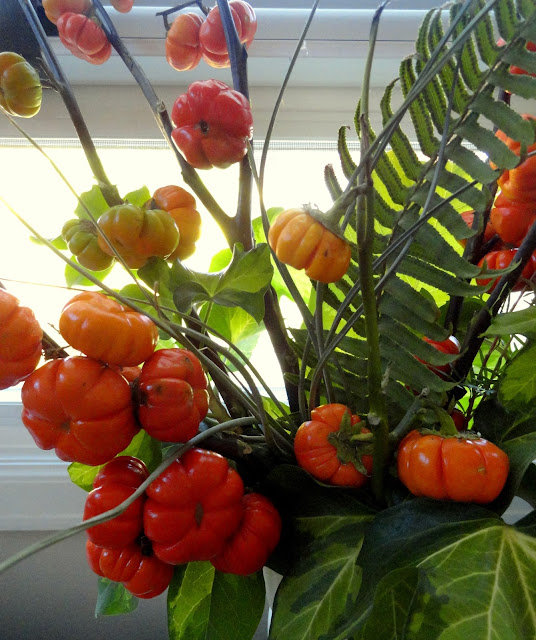 Last year's black flowers got put to use... 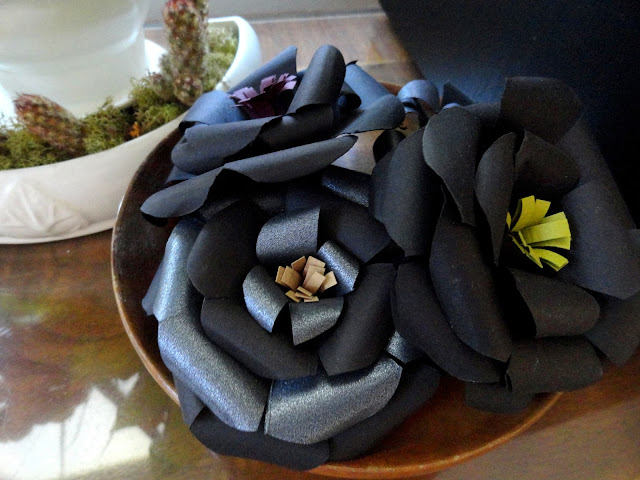 And I've changed up the little urn arrangement on the dining table, plus added the first Magnolia macrophylla seed-cone of the year. 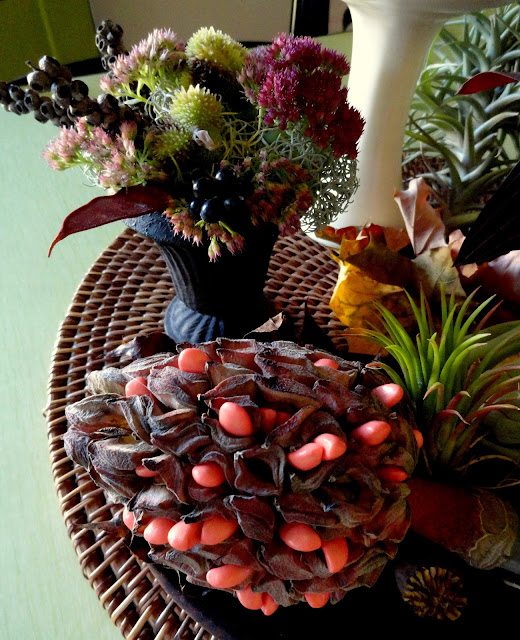 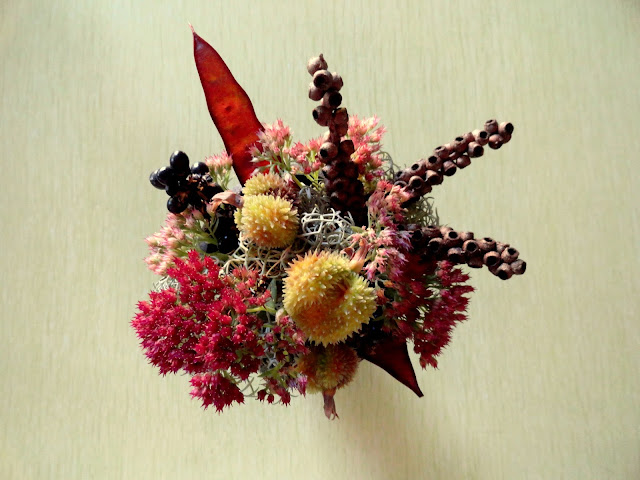 The Amsonia hubrichtii from last week is still going strong and even more golden. 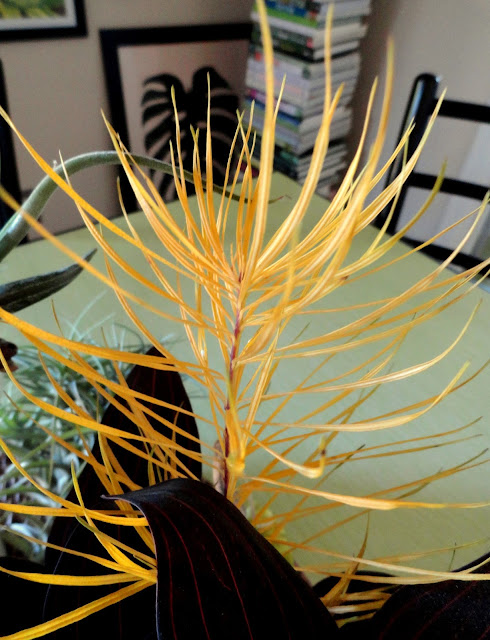 To wrap up this post there is something completely different, I'm attempting to root cuttings from a friend's (this friend) Passiflora. This is the scene on top of my refrigerator... 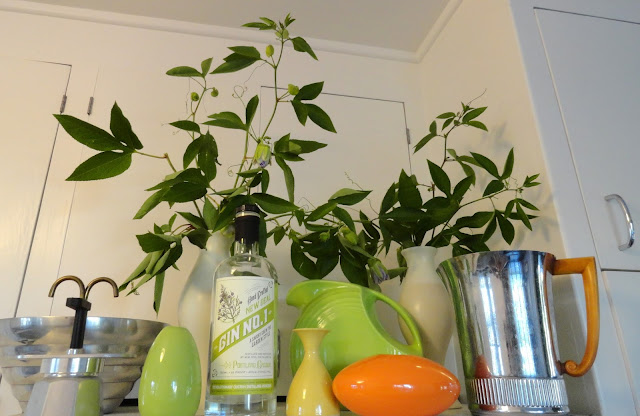 I cut off most of the buds before I stuck them in water — most — but clearly not all. 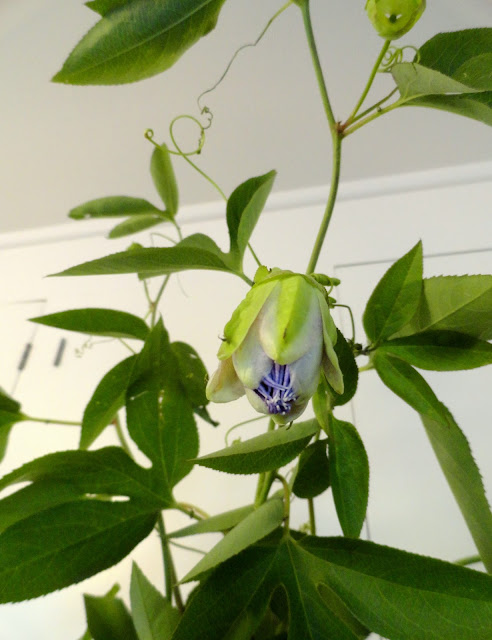 Funny (okay not really) there were no passion flower blooms in my garden this year...just foliage from my plants. Yet this is the second bloom in my kitchen! 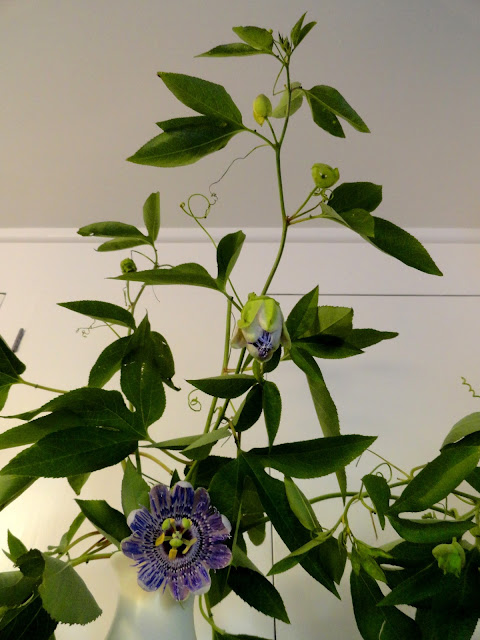 I believe this is Passiflora 'Blue Velvet' — a little washed out in color because it's blooming indoors. 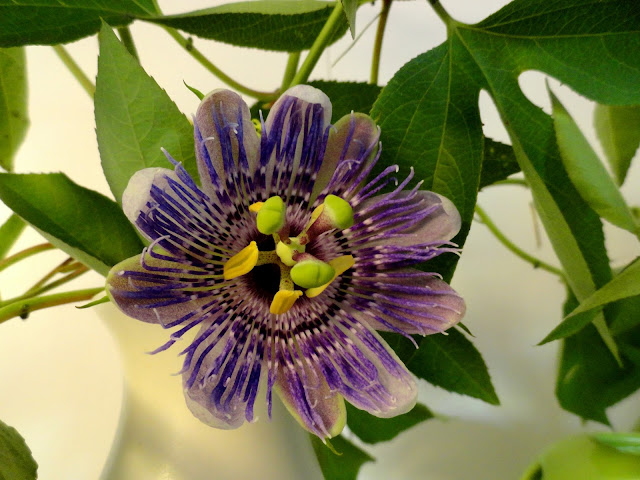 Click on over to Rambling in the Garden for links to all of today's "in a vase" posts!