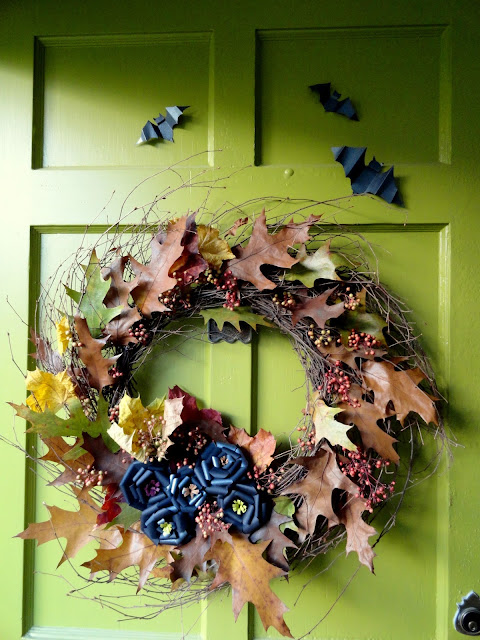 With a stormy weekend on the way I gathered a favorite twig wreath... 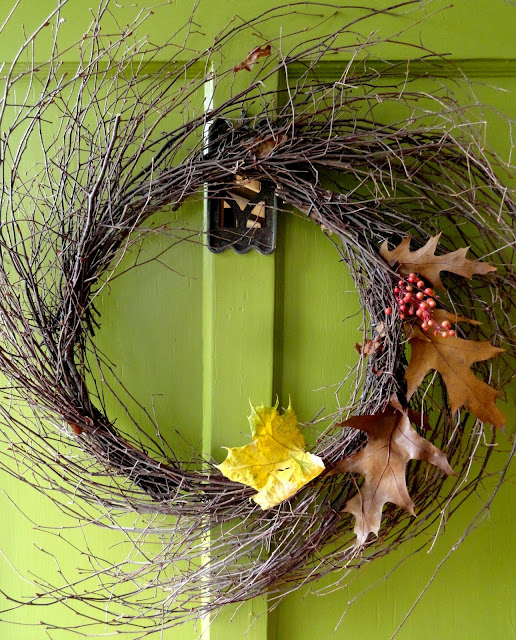 Foraged leaves and berries while out on the last dry dog walk... 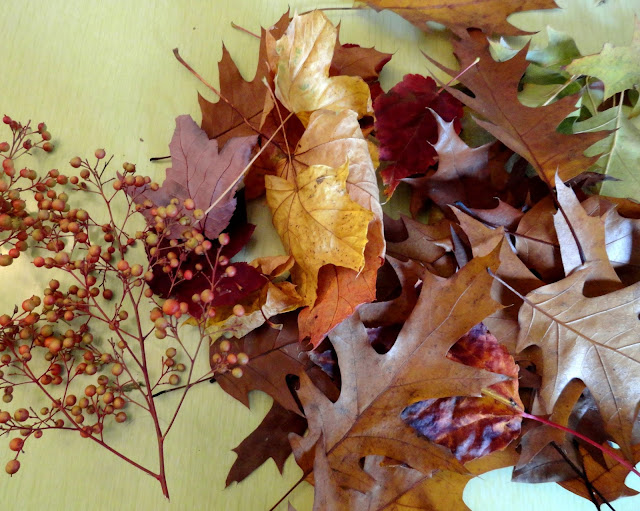 Pulled together some crafty papers and tools... 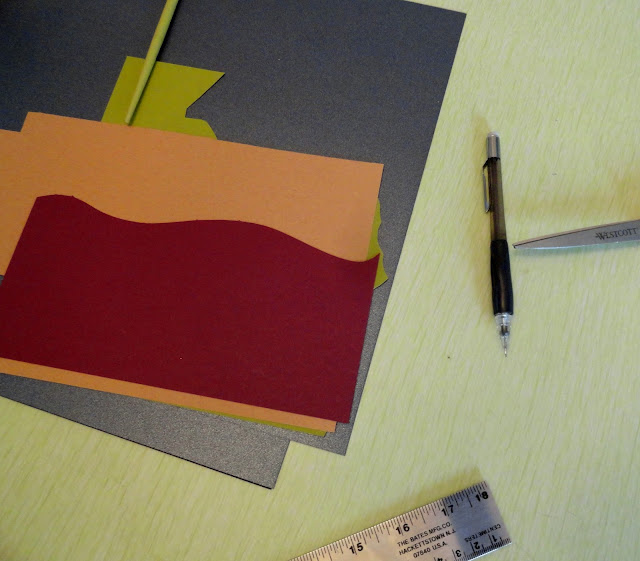 And set to work trying to be all warm and fuzzy about the season. Then the wind started howling, the trees were bending...and the power went out. That's why there aren't any process shots. It was still light enough outside I could see to work by the windows, but just barely. Certainly not light enough to take photos while I created. 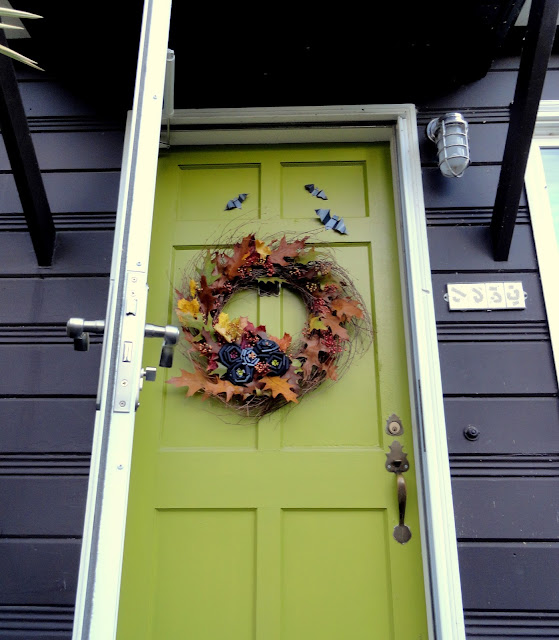 Since Andrew was watching me work I handed him some paper, and scissors, and asked for bats — he did well. 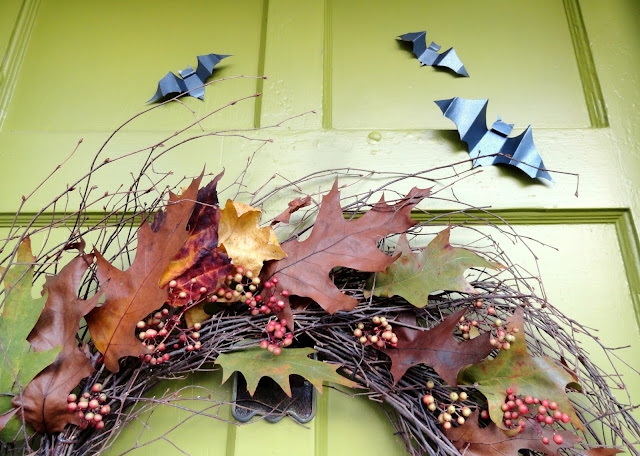 I wanted to make black flowers for Halloween but I'm still not sure I did the right thing by putting them on this wreath. Maybe just a touch too crafty for me to be 100% comfortable with... 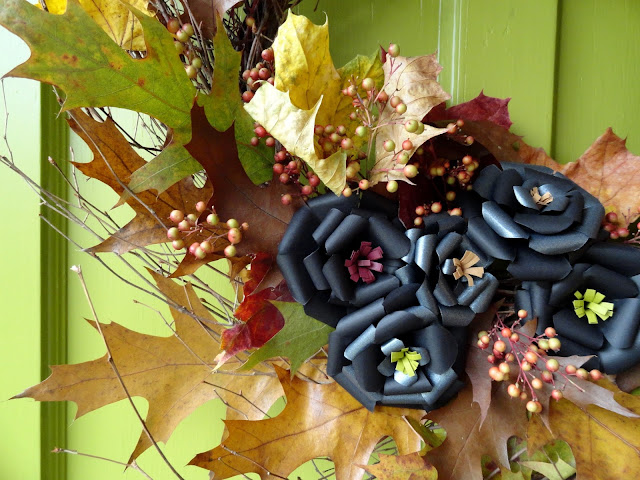 I do love the leaves and berries though. 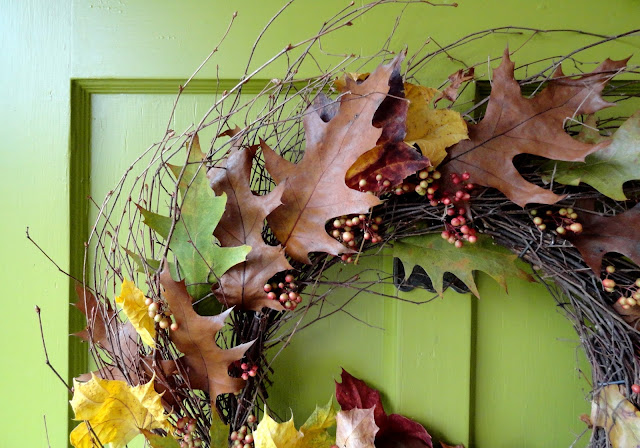 What do you think? Would it be better with out the flowers? 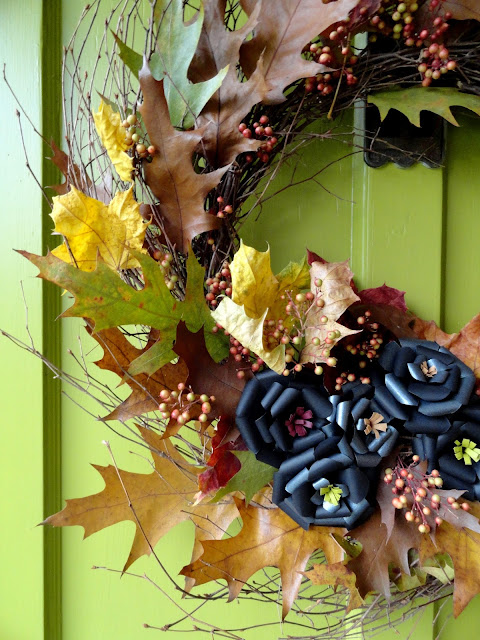 Actually once you step back and see the bats the flowers do make more sense, the "Halloween theme" comes through...or am I just rationalizing? 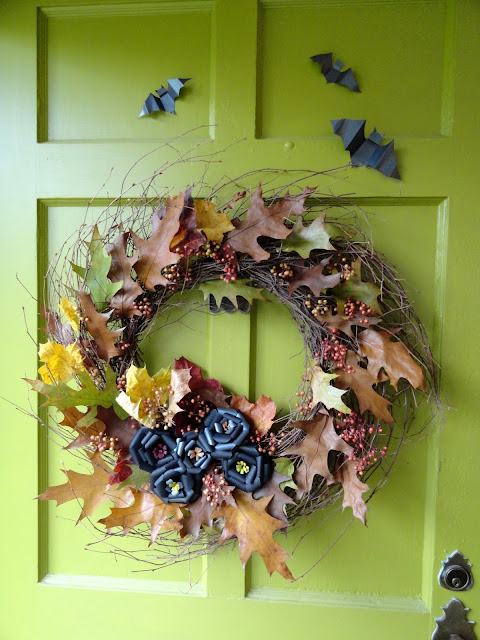 Since the contents of last week's vase were looking rather sad, I went ahead and filled it up with freshly cut bits. 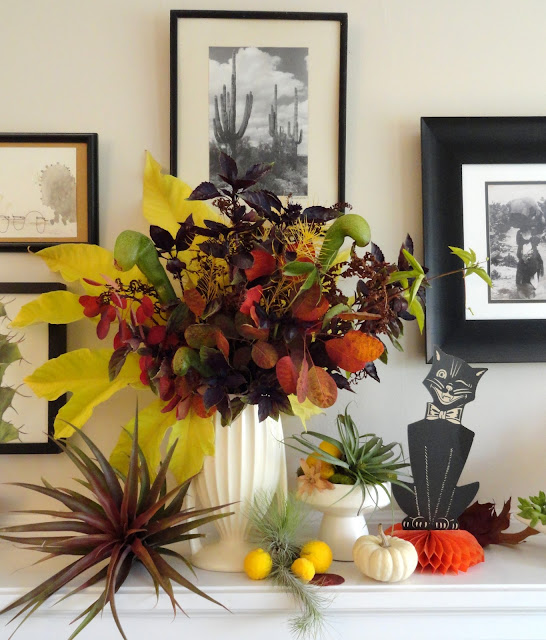 At the back a yellowed Tetrapanax leaf and toward the front colored-up Cotinus cuttings... 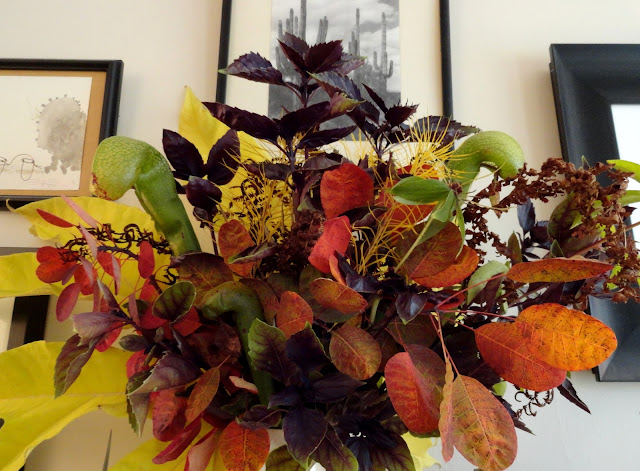 Mixed in is the rest of my purple basil, a couple of Darlingtonia californica that were smashed down by a falling branch, pieces of last week's Amsonia hubrichtii and some dried up fern fronds.

It positively reeks of autumn! (but actually smells really good because of the basil). 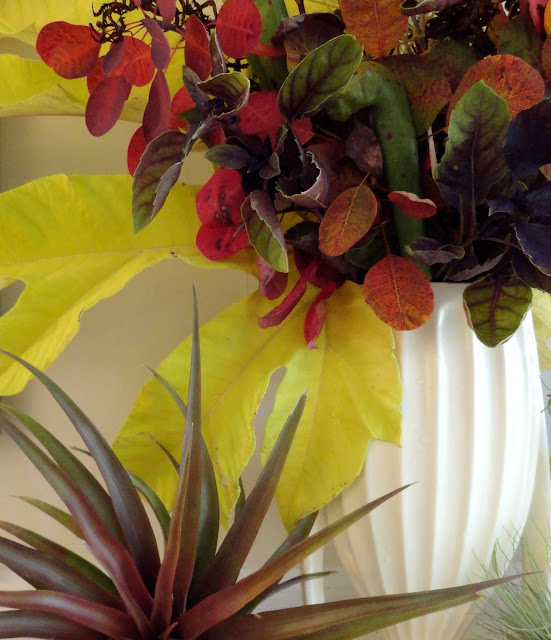 So, as you probably know by now, Rambling in the Garden is the place to go for links to all the bloggers with vase creations to share this Monday... 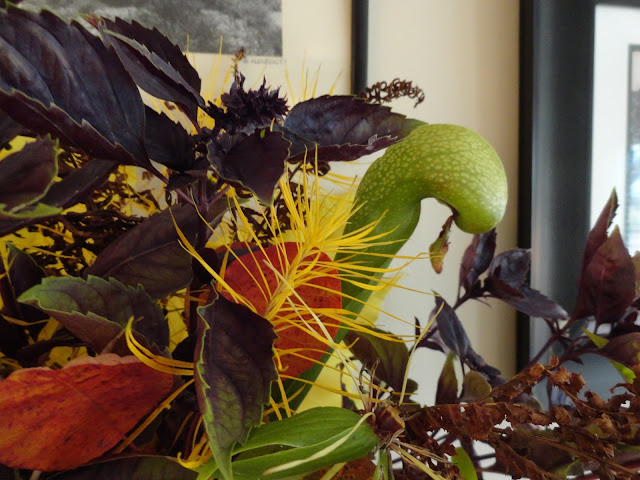 Labels: autumn, in a vase on Monday, inside the house, wreath