What Were They Thing (WWTT) has temporarily morphed into What Was He Thinking (WWHT). Because I know this is a he, my brother's neighbor in Phoenix, AZ, and seriously...what was he thinking? 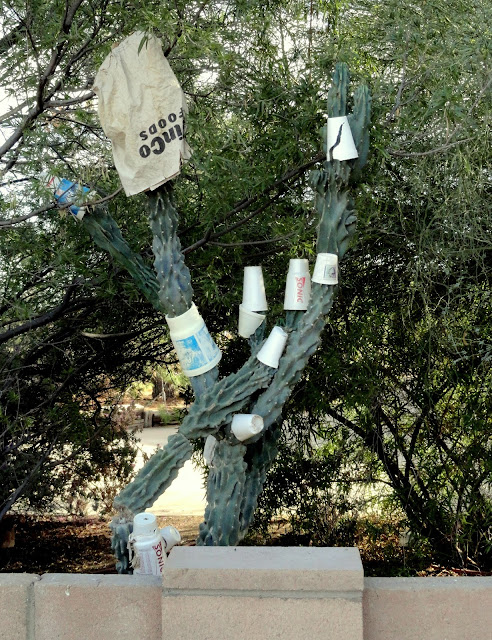 Some people put styrofoam cups over the tender growing tips of cactus when a freeze is predicted. But these (I'm told) stay on 24/7-365. If one blows off then it's replaced. And that Big-Gulp midway down the section on the far left isn't doing anything other than potentially strangling an entire arm. 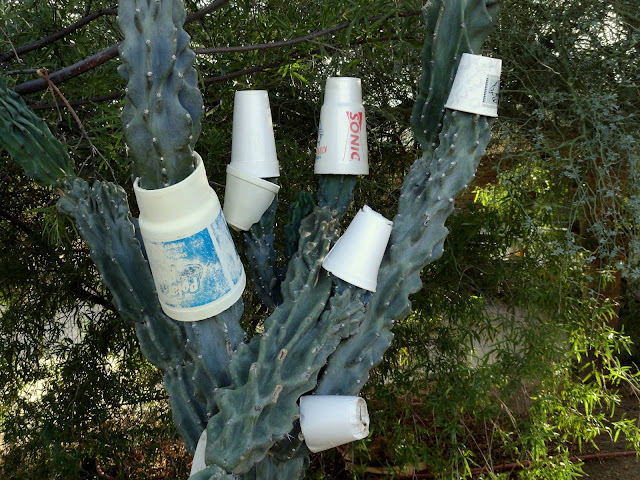 That bag has either been there for a very long time, or was put on with a ladder assist. 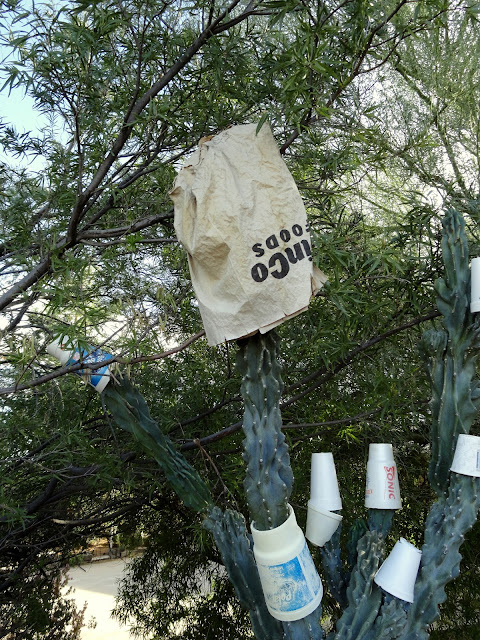 All these photos were taken while on my tip-toes with my camera lifted up and over the cinder block wall that separates their properties. 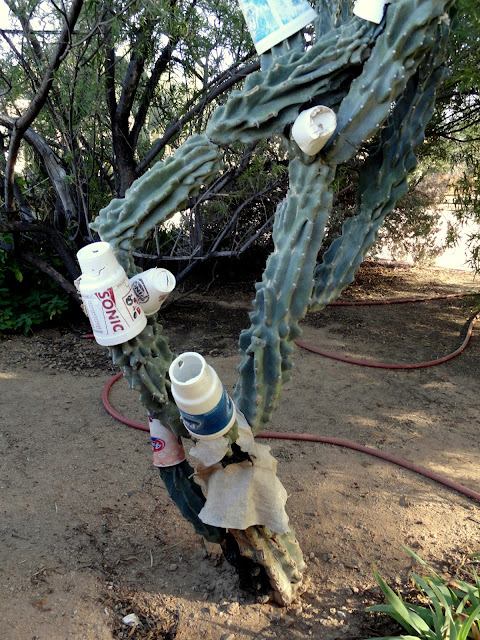 As much as I would love to wander around his property that's not going to happen. 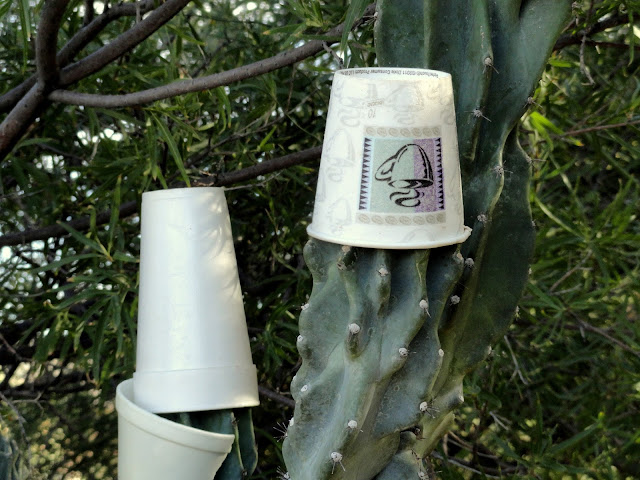 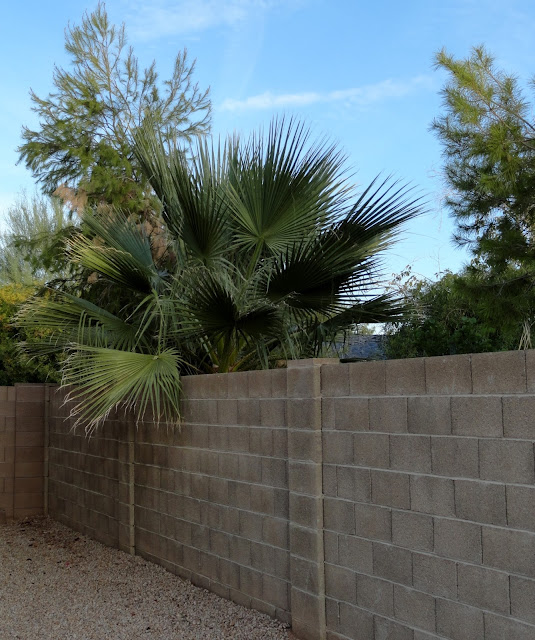 And cactus with no cups. Why is this one left to fend for itself? 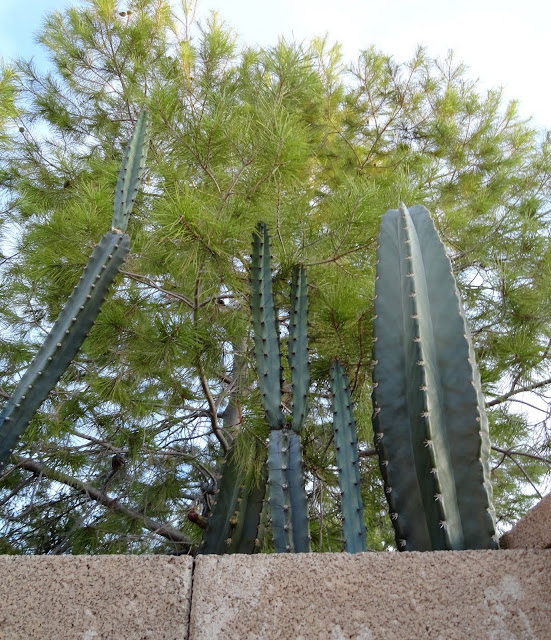 According to my brother not only does this neighbor feel the need to protect the tips of his cactus but he also waters them a lot. As in more than most perennials or shrubs would even need. 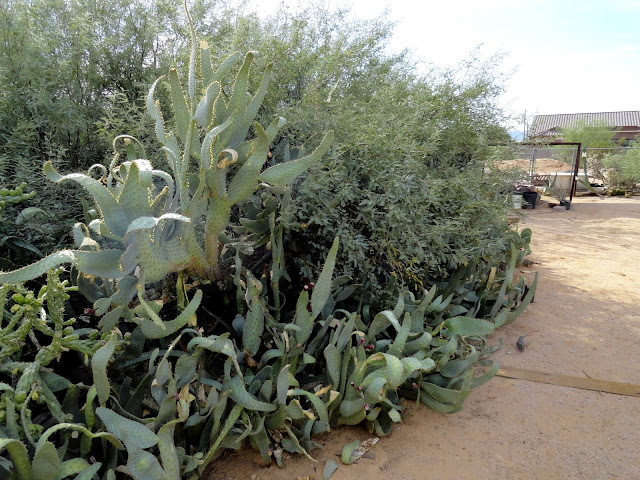 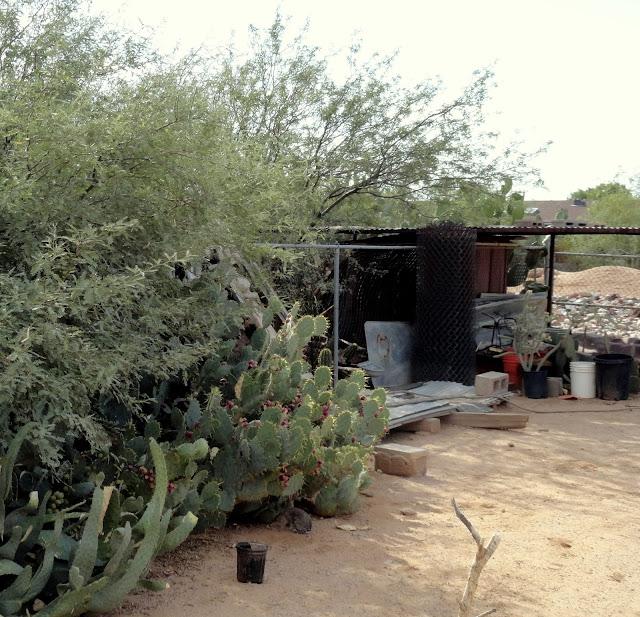 He also feels the need to build structures to protect his cactus from the sun. 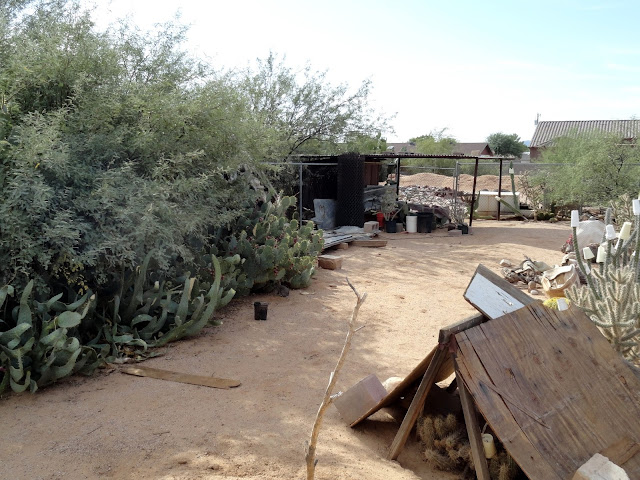 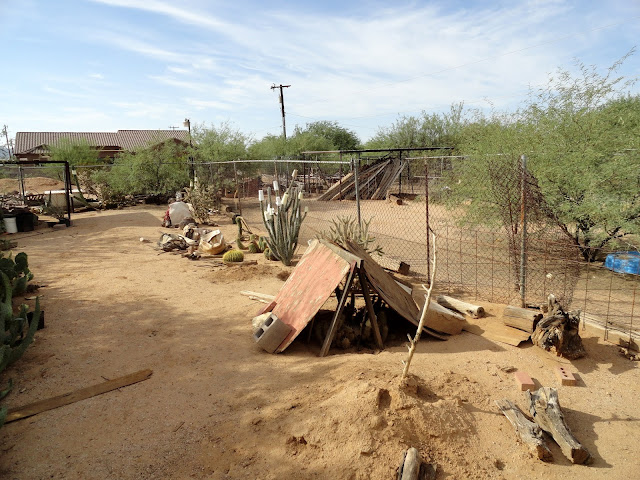 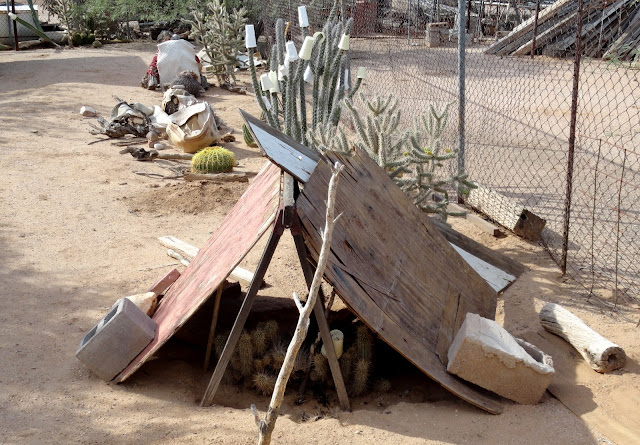 There is just no understanding... 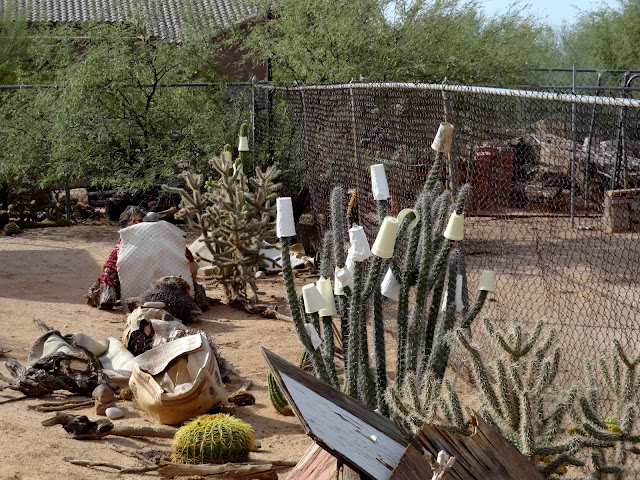