In a Vase on Monday, since I can't be out in my garden...

Today's vases went together on Friday, as we were heading into an extremely wet weekend (1.8" on Saturday alone, another .89" on Sunday). There is so much in the garden that's looking amazing right now. I don't want to miss out on any of it, I want to be surrounded by it. Thus more came into the house than probably should have and today's "In a Vase on Monday" suffers from a little excess... 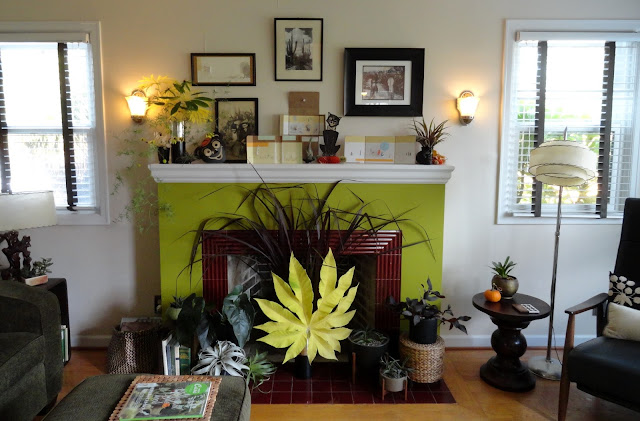 The tall dark 'Vertigo' grass was cut back to go in a vase, and needed something equally dramatic to go with it. A golden Tetrapanax leaf to the rescue. 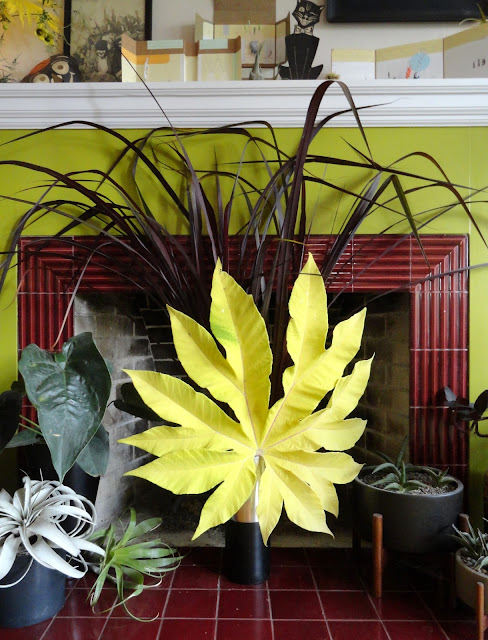 I can see the Clematis tibetana var. vernayi blooms from the bedroom window, but there are so many I thought I'd try a few in a vase too. 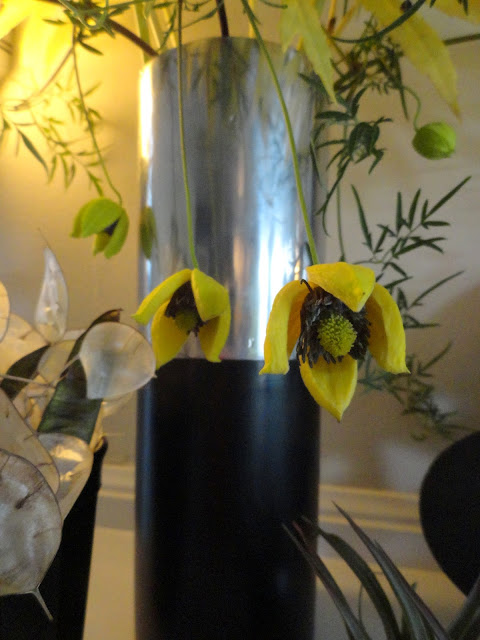 Joining the Clematis are a few Syneilesis aconitifolia and Paris polyphylla stems. 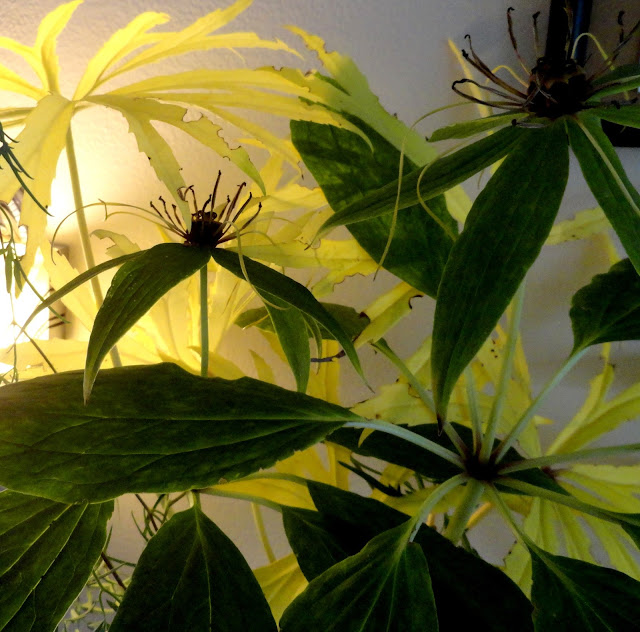 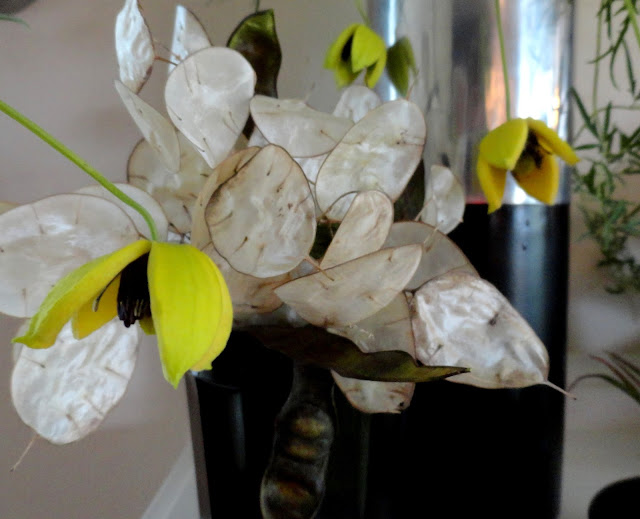 In previous year's Halloween-season posts I have fielded comments from people who saw something racist in this 1950's "Luminous Masklite" vintage cardboard Halloween bear mask. I briefly considered removing it from our mantle before taking this photos, as it is not my intention to offend. However I decided to leave it because, it is a bear. Not something else. 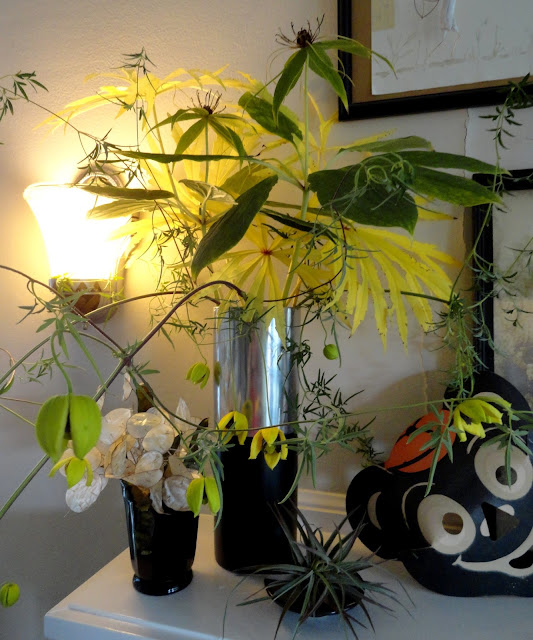 Another bit of vintage decor... 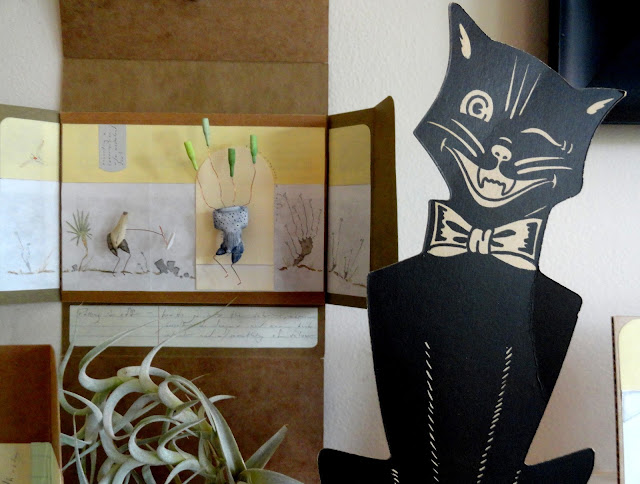 And a detail from a new piece from Andrew, which is a little ghoulish, as that's a basket of hearts. 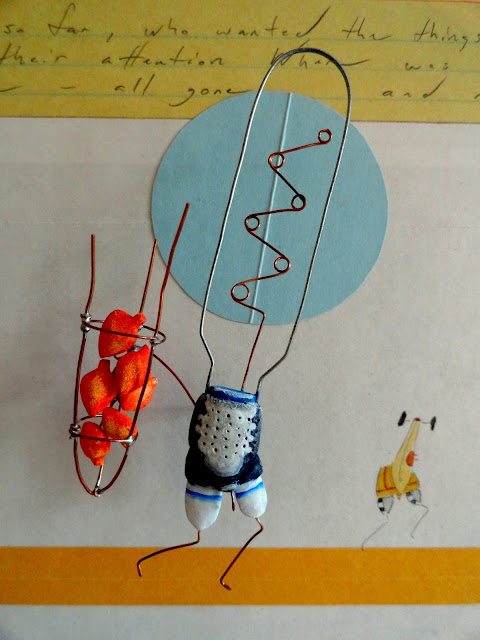 I tried to integrate that wonderful Arum italicum seedpod into a vase arrangement, but since I only had one it just didn't work. 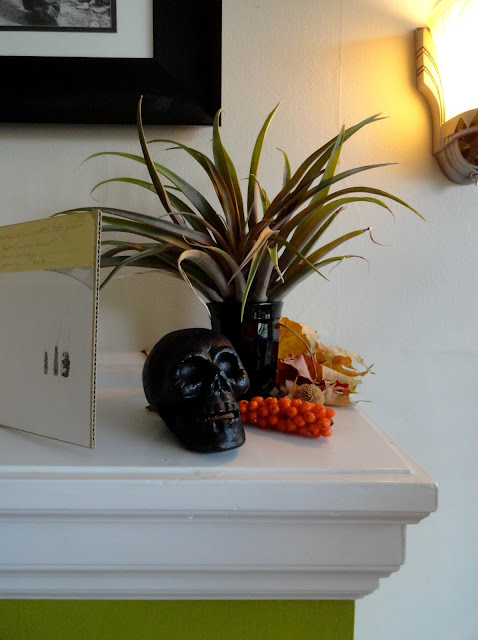 So instead it keeps this guy company. 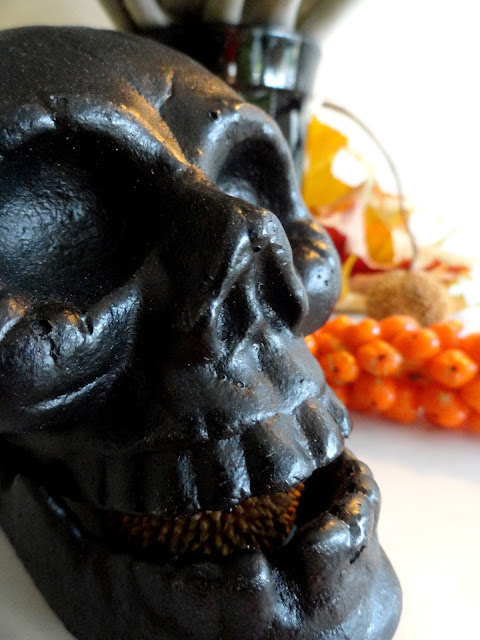 Over on the dining table there's a bit a lot more going on... 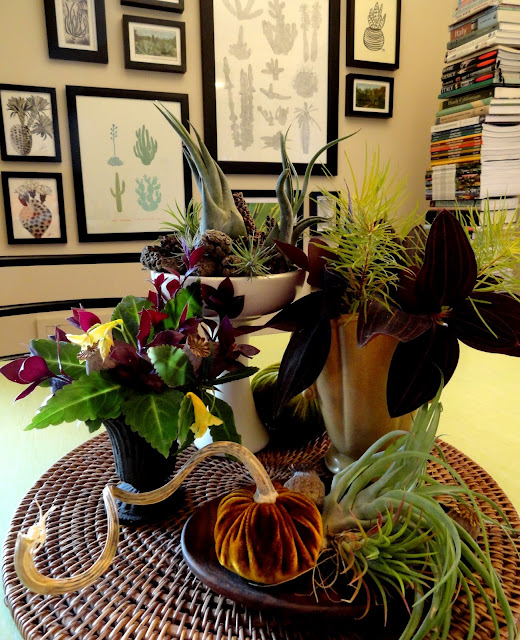 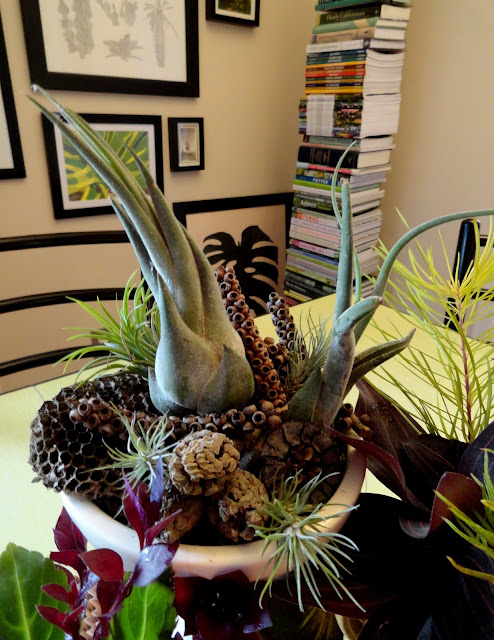 Amsonia hubrichtii stems along with cuttings from my Ludisia discolor. 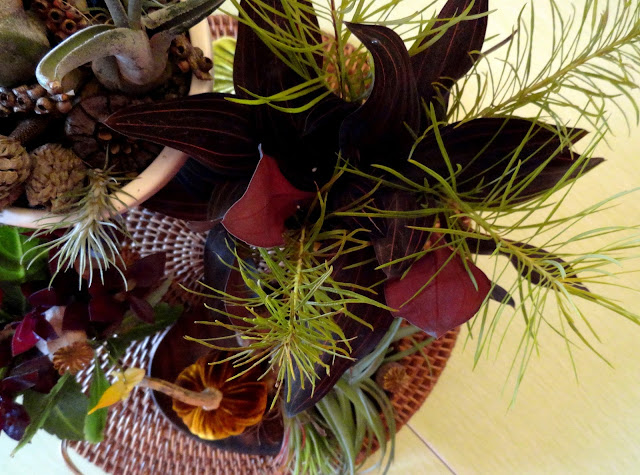 Hoping the orchid stems will root. 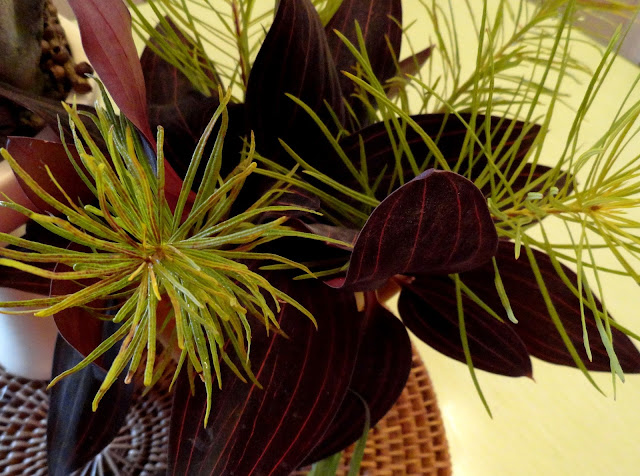 There are also poppy seedpods, velvet pumpkins, and a small vase with cuttings from Alternanthera 'Little Ruby' (another I'm trying to root) and Impatiens omeiana. 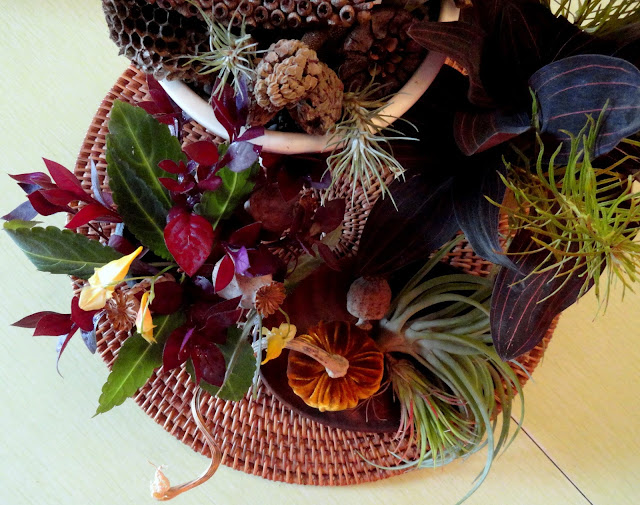 Autumn is supposed to be about abundance, right? Visit Cathy at Rambling in the Garden for links to other Monday vases... 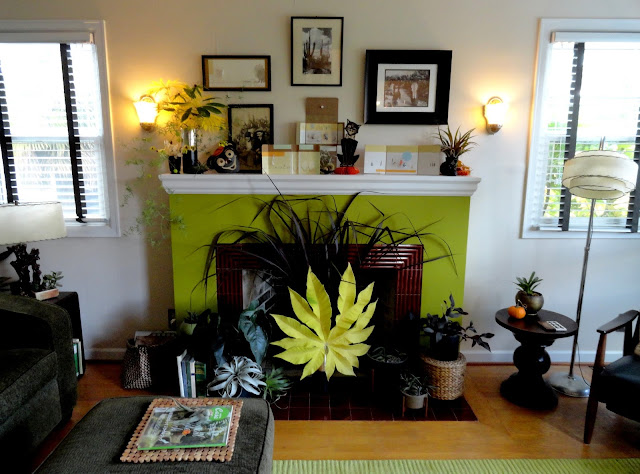