In a Vase on Monday – the Ikebana Challenge

You all know I like to participate in the weekly "In a Vase" meme, and since I've now issued 3 "Challenges" (OC&K, Poinsettia and Aeonium) of my own when Cathy (the brains behind the weekly vase posts) issued a sort of challenge, well I had to run with it. Her words: "who would like to join me in ‘having a go’ at an Ikebana style vase next week? Whether you want to go down a thoroughly traditional route or one with just a token nod at the Ikebana style is up to you – the challenge is in the ‘having a go’ at something outside our comfort zone, and just as we have been empowered to pick blooms for our Monday vases so we can be now empowered to try something a little different." So here's my Ikebana style creation, apologies to anyone and everyone who knows anything about actual Ikebana...because I clearly don't! 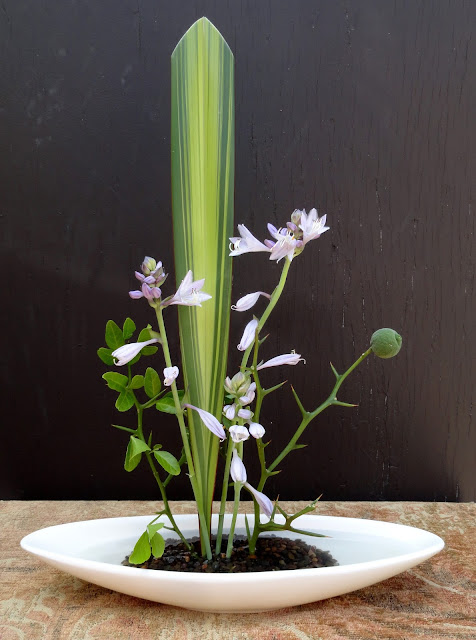 I looked around for flowers to use but none really seemed like they were up for it. Then I noticed one of my Hosta put out some flower spikes when I wasn't looking. Nope, not happy about that. I like my Hosta strictly foliage. Snip snip snip and I had flowers for the vase. 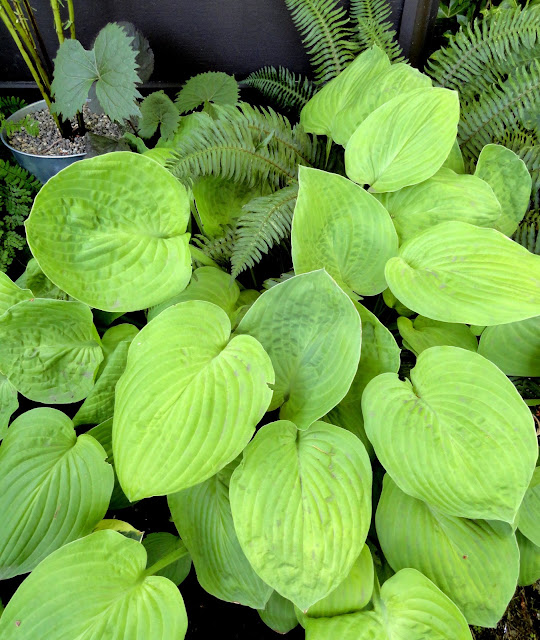 I knew from the beginning I wanted to use a branch or two from my Poncirus trifoliata, 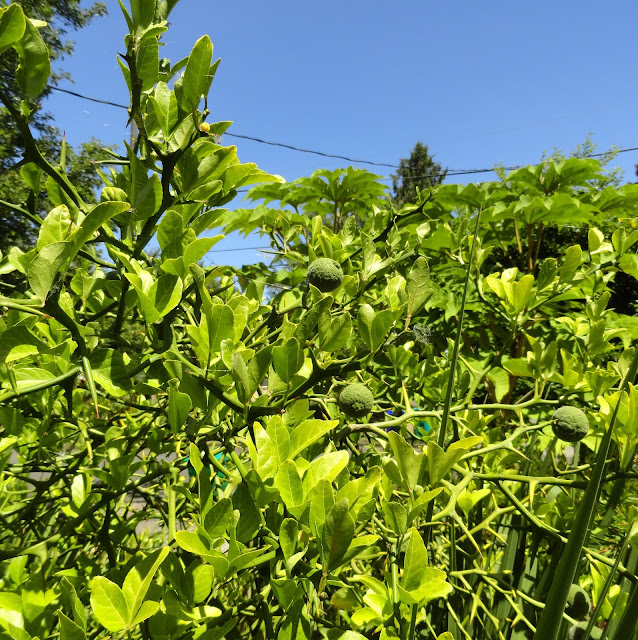 And I thought about including some sort of curlicue, twisted, foliage like they do in some Ikebana arrangements but instead settled on a leaf from my favorite variegated Phormium. 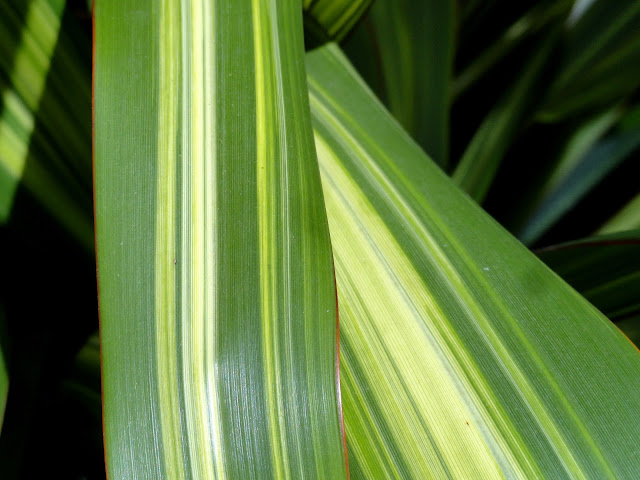 The players are all anchored in a rectangular metal frog that I've had for ages. However they were still quite tipsy, and I didn't like seeing the base, so a little gravel took care of both issues. 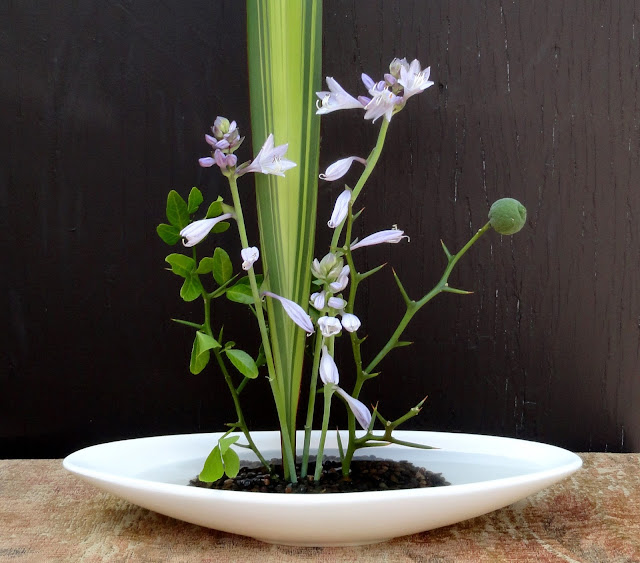 The Hosta flowers are actually quite lovely, when you look at them up close. 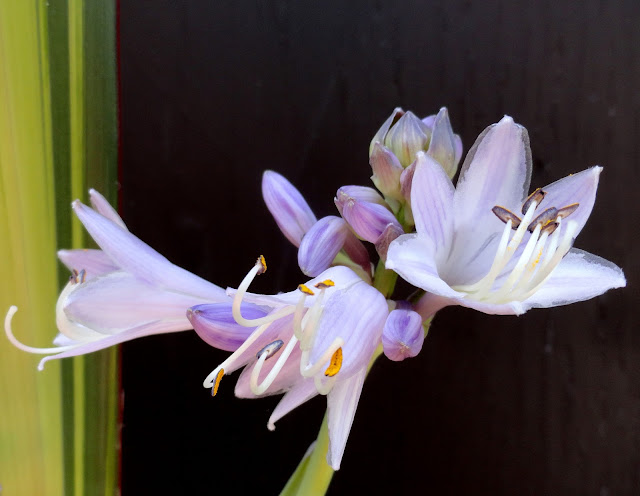 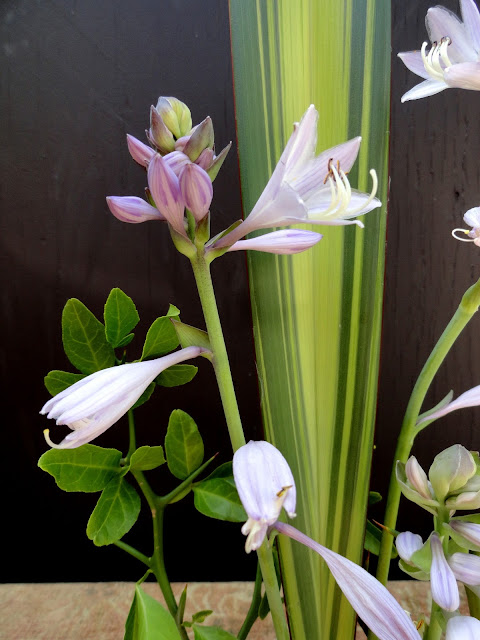 One branch of Poncirus was allowed to keep its leaves. 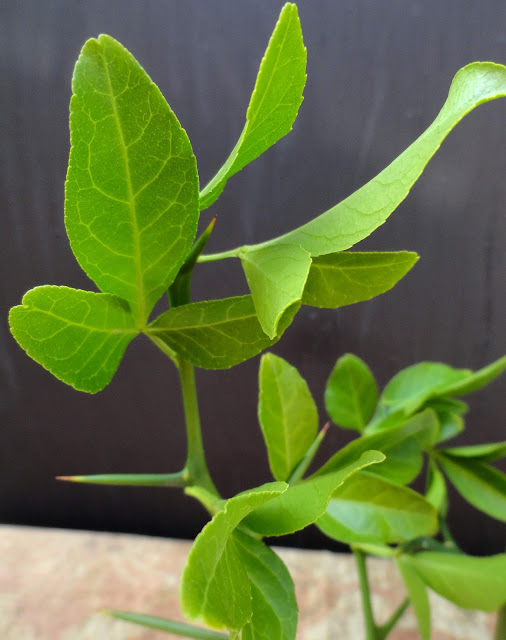 The one with the fruit was striped bare. 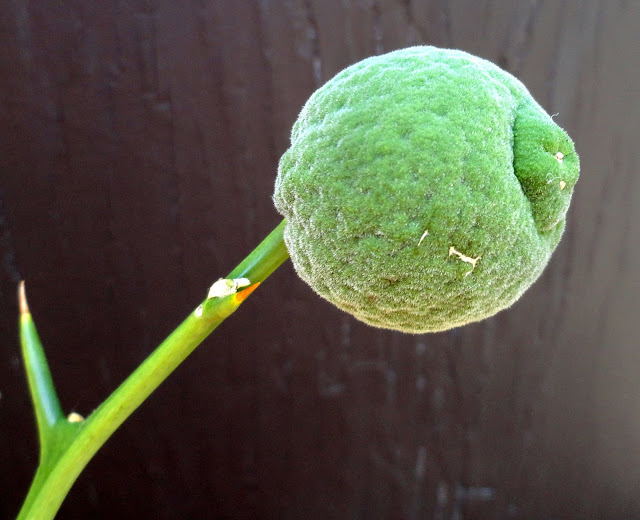 The Phormium leaf naturally tapers to a point at the bottom. 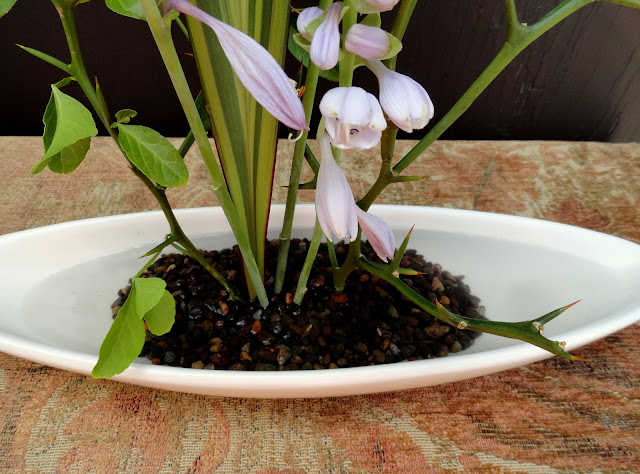 The corners edged in red. 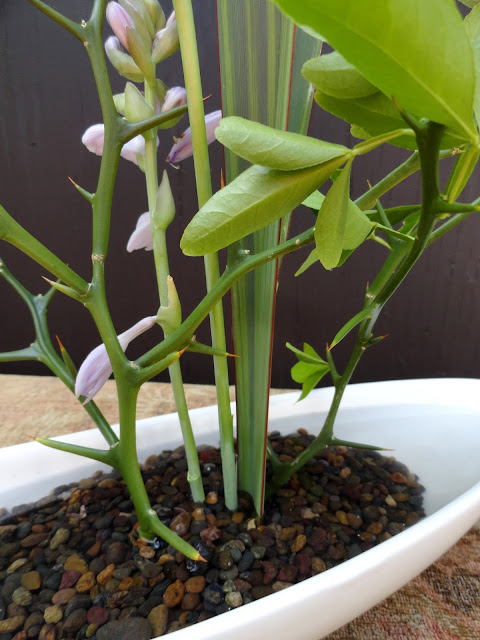 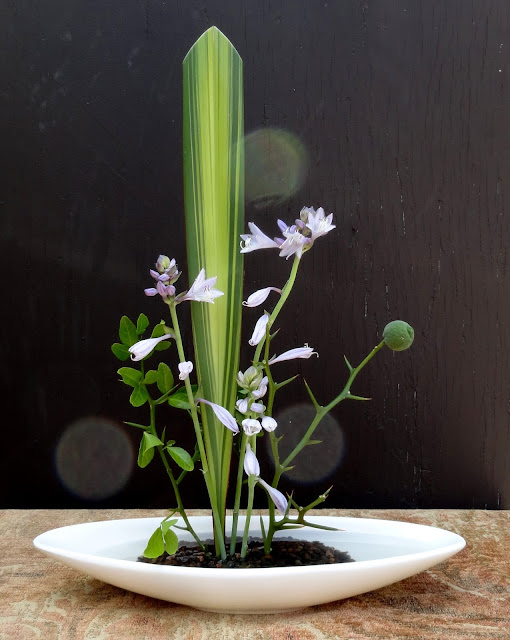 This arrangement lives on our dinging table, it's simplicity works well with the busyness all around. Thanks for the fun experiment Cathy, I really enjoyed it! 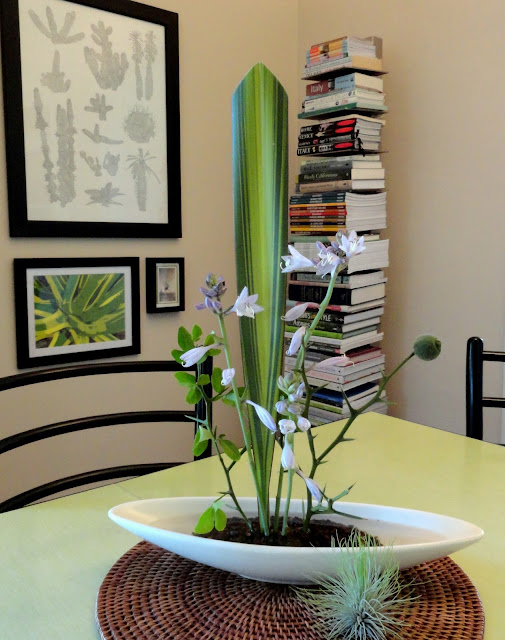 (housekeeping note: the Blogger platform seems to have gone a little mad today – photo spacing and word placement is all higgledy–piggledy. Hopefully a fix is in the works)