Driving home from a friend's open garden I took a different route than the direct one that got me there. Because you just never know... 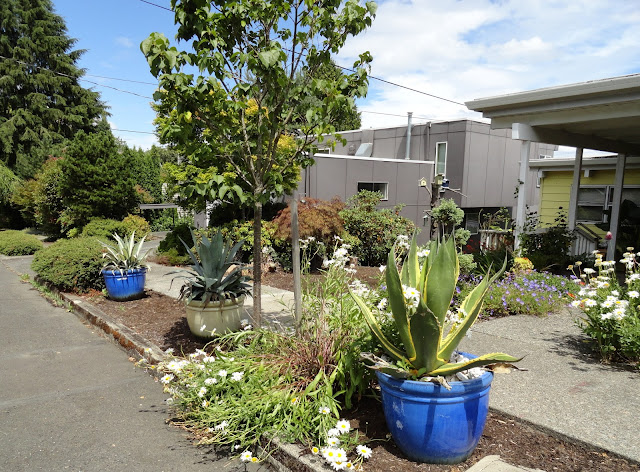 Ya, it's not often you see a row of three different (large) Agaves in a hell-strip, at least not here in Portland. 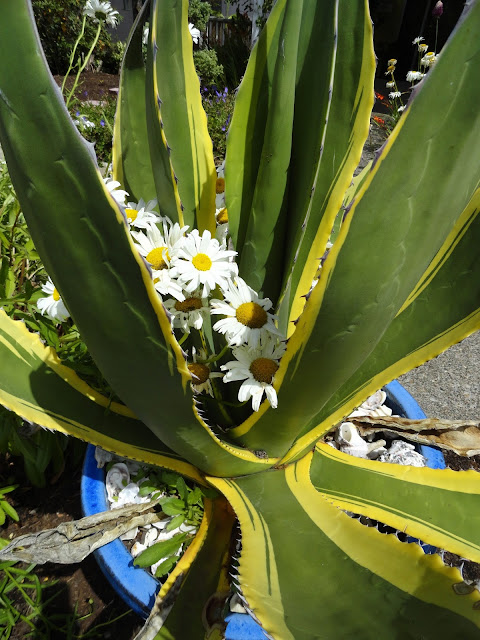 I wanted to ask why. Why the Agaves I mean, they didn't look like hardcore gardeners – or at least not "dangerous" gardeners. 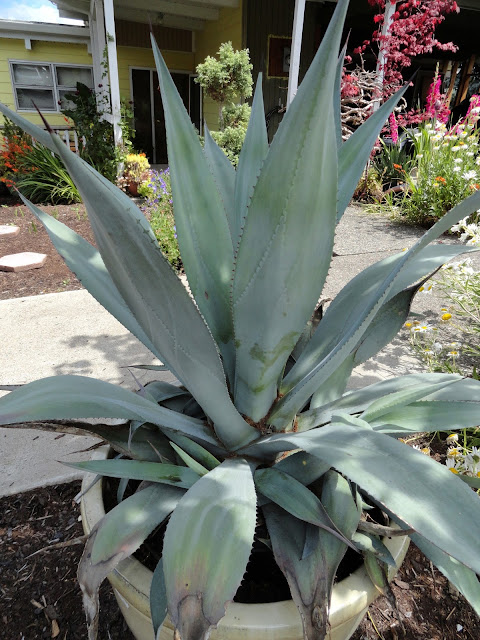 But there you have it. 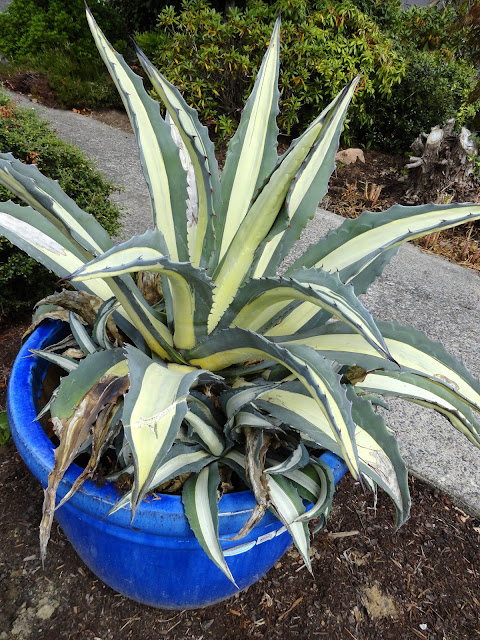