And so we party, because that's how we plant people roll...

Here in Portland it's been a good year for exotic blooms. I've written about a couple in my garden, but two friends have had blooms so note-worthy they've thrown parties!

First up was Heather's Dasylirion texanum, which she wrote about back on Bloomday in June (here). 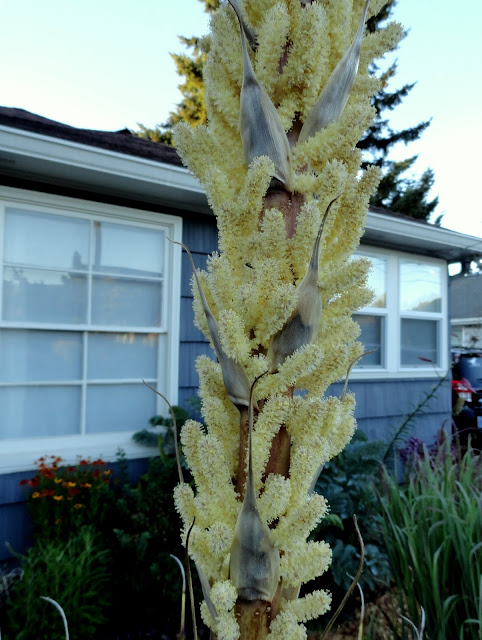 To celebrate the rather tall bloom she and Greg hosted a party complete with several different Sotol (booze made from the Dasylirion). She also made a delicious Sangrita to chase the Sotol and tasty food treats. I'm outing her as being a terrific cook! 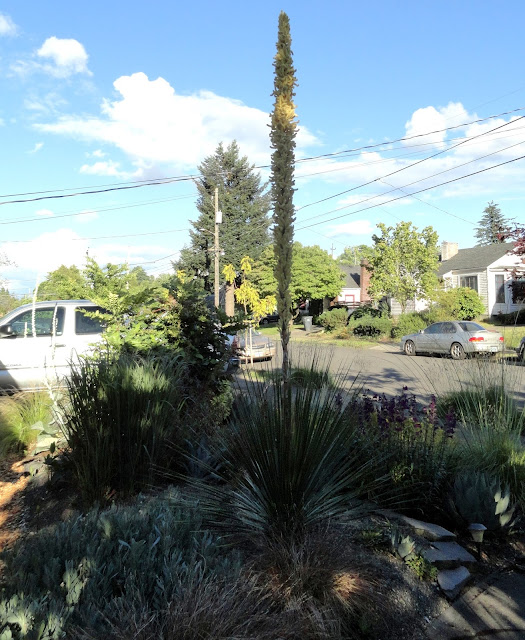 Naturally since the party took place in the evening the lighting for photos was rather poor, but this one shows off the curly yellow-cheetos look. 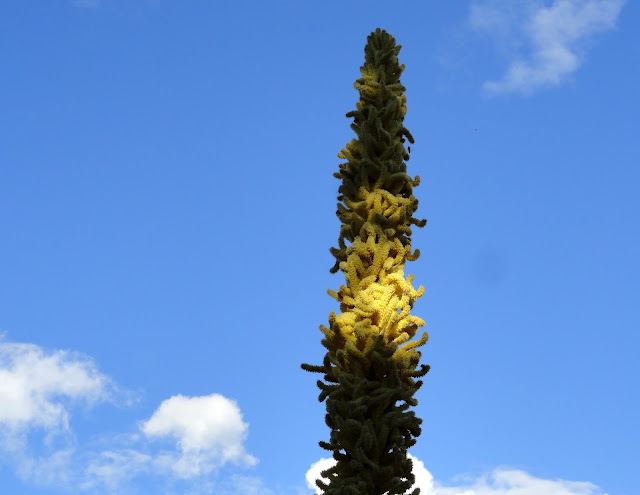 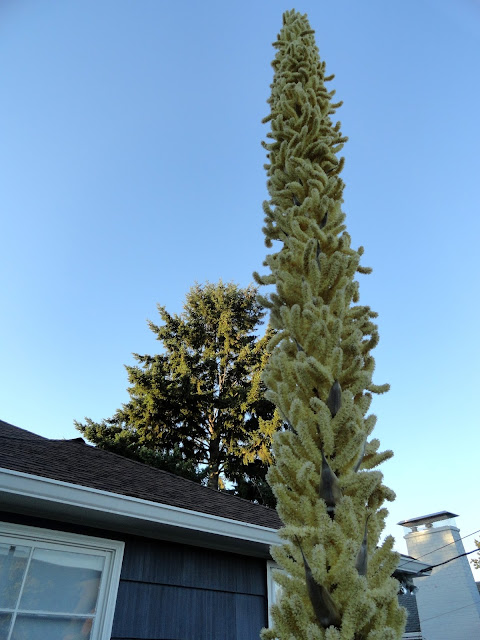 The most recent party "The Death of Sharkey...or, Sharkey's Big Bloomin' Adventure" was to mark the blooming – and thus impending death of, since Agave are monocarpic – Lance's Agave 'Sharkskin'... 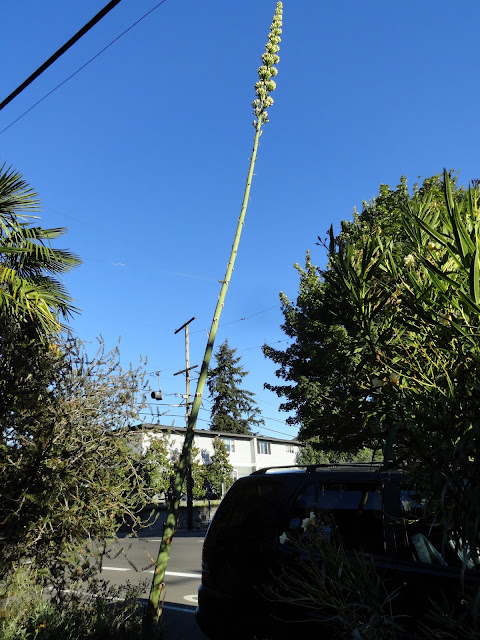 Unfortunately Sharkey didn't play along and kept the actual flowers closed up tight on the evening of the party. That didn't stop us all from having fun and snapping lots of photos though. 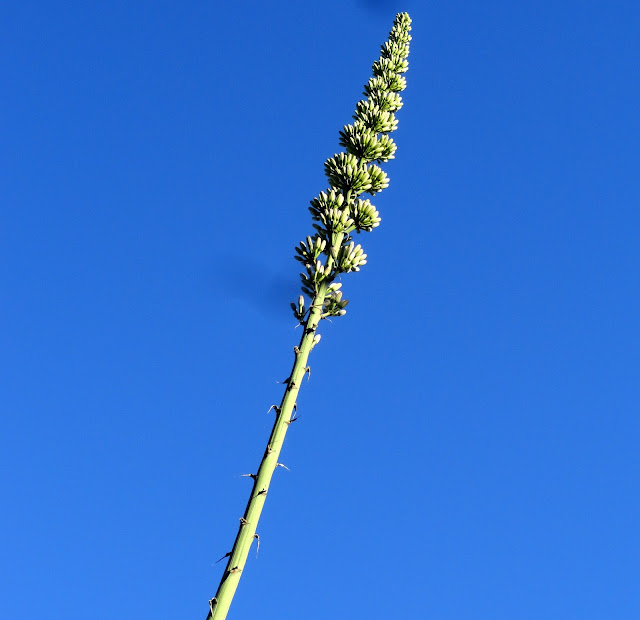 Such a tall spike from a relatively little Agave... 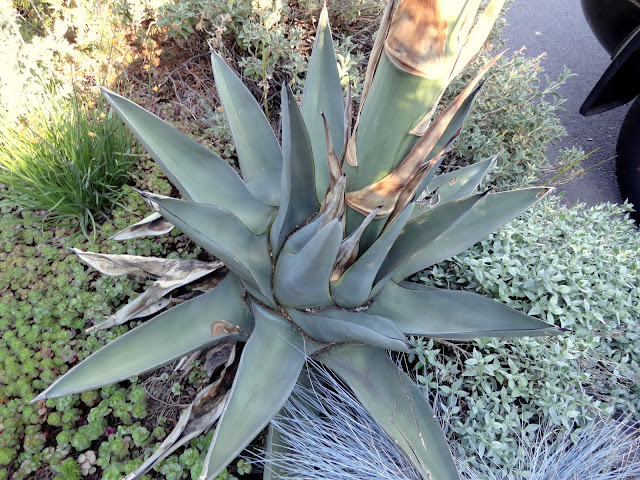 The whole thing started to sway in the wind and look like it might topple over so Lance secured it rather unobtrusively with fishing line. Swaying and toppling is fine in an Agave's natural habitat, not so much in an urban setting where it could fall on a car or passing pedestrian. 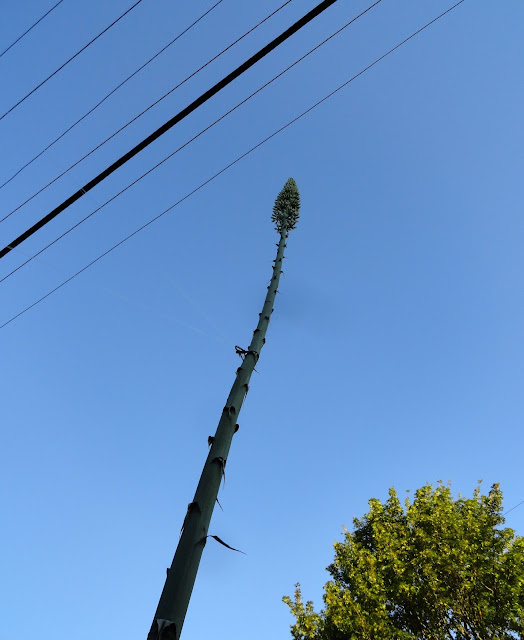 There are a couple other nice sized Agaves in his garden, we might be back for another party soon... 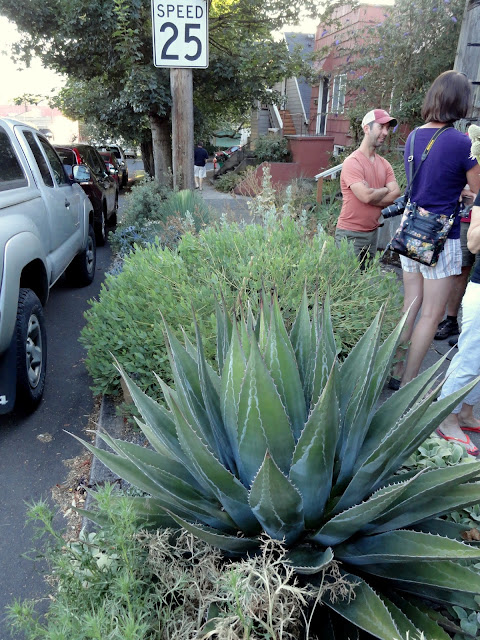 Oh and in case you're wondering, yes...there was tequila on hand for toasting. 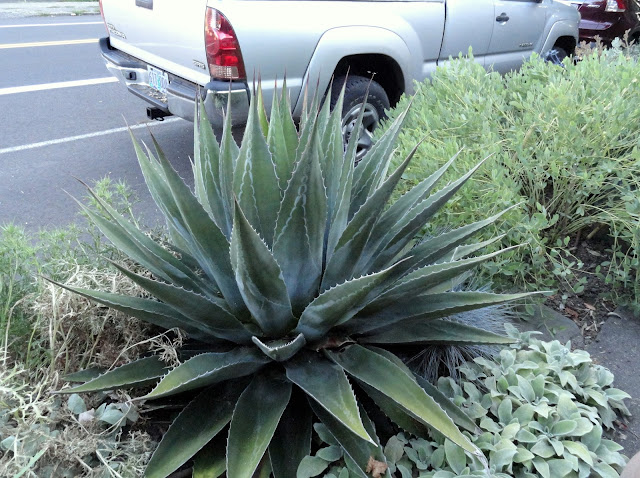 So what about you, been to any parties where the reason for the gathering is a fabulous flower spike? 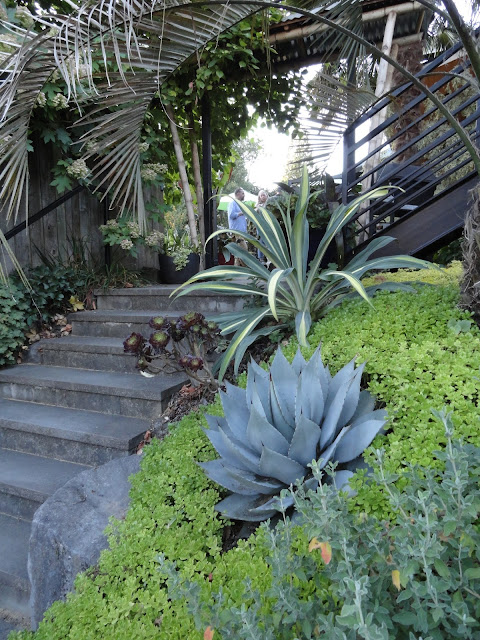