Understanding or resolve? Either way an appreciated gift...

Last week I celebrated a birthday – since it was one of those numbers with a zero after it we decided to celebrate big and flew down to Santa Barbara, California. Why Santa Barbara? We could only be gone a couple days, so it needed to be somewhere we could get in and out of quickly. Plus there needed to be an attraction and Lotusland (over the top garden fun!) seemed like a suitable place to commemorate the event. Of course there will be photo-filled posts on that garden visit soon, but today I'm sharing a gift Andrew gave me before we left. A seriously amazing haul of rootcups... 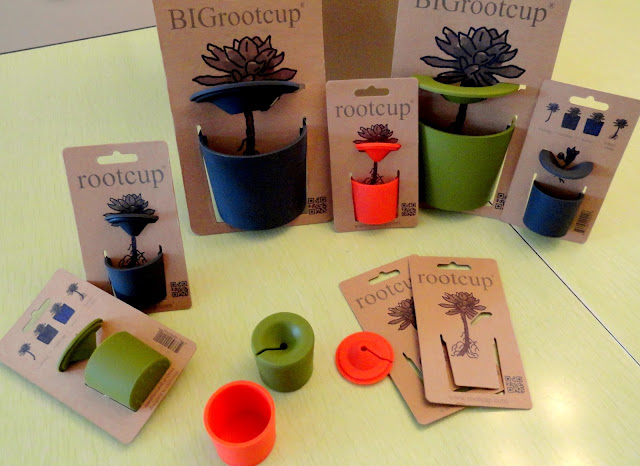 As fun as these were to receive, I was more thrilled by the fact he seems to have come to terms with my need to bring home strays when we travel. And I quote: "I wanted to give these to you before we left to encourage you to steal plants while we're in Santa Barbara...." 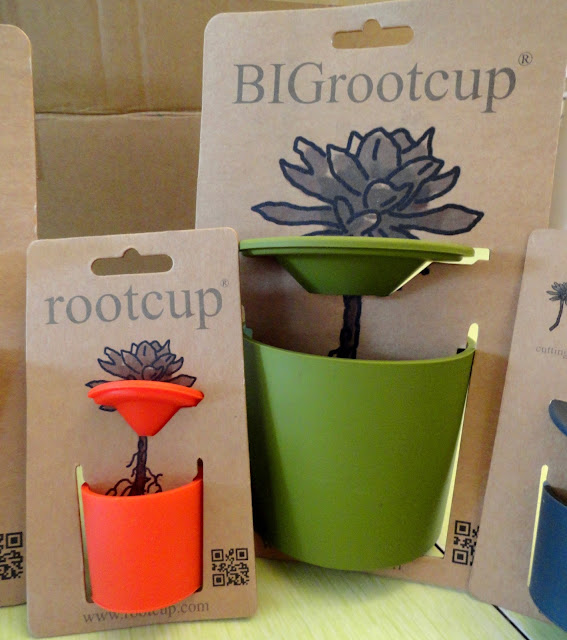 Oh now just calm down! He wasn't really giving his blessing for theft, and I would never EVER steal a plant. However if there's an Agave bloomspike dripping bulbils on the ground I am going to stop and pick up a couple. If I see a broken piece of a pretty sedum on the sidewalk I am going to bring it home...you get the picture. Still, he's not been a fan of this behavior over the years...this was a new chapter in our relationship! 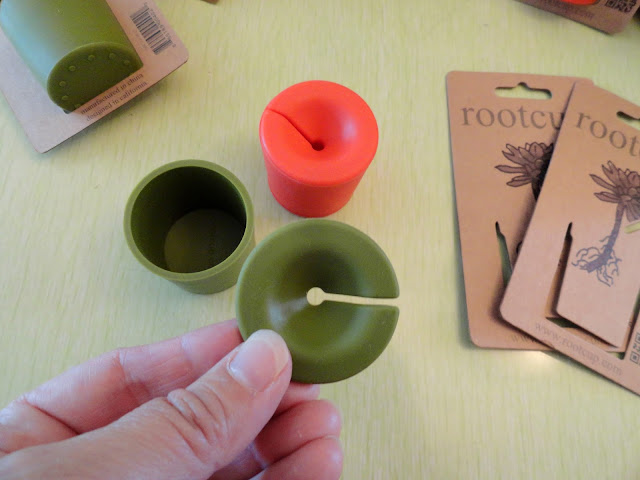 And of course most of the things I'd be adopting wouldn't need to root in water anyway – but that's a mere technicality. 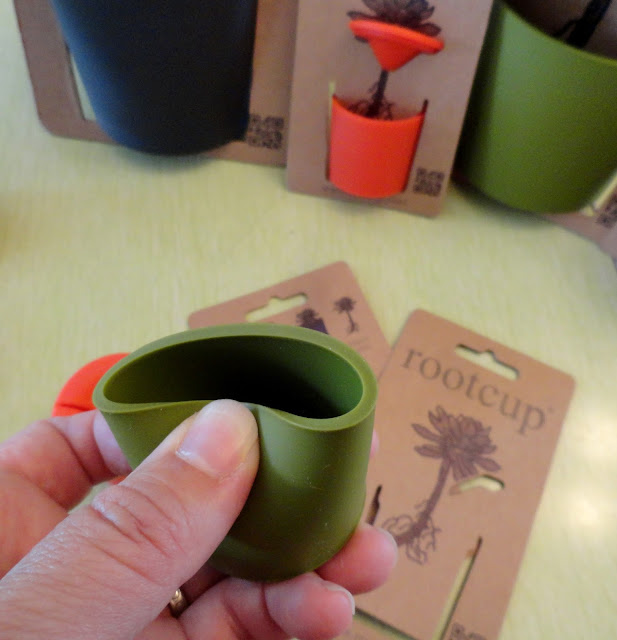 So what did I pick up? We passed this terribly sad Aloe clump on our way down to the beach... 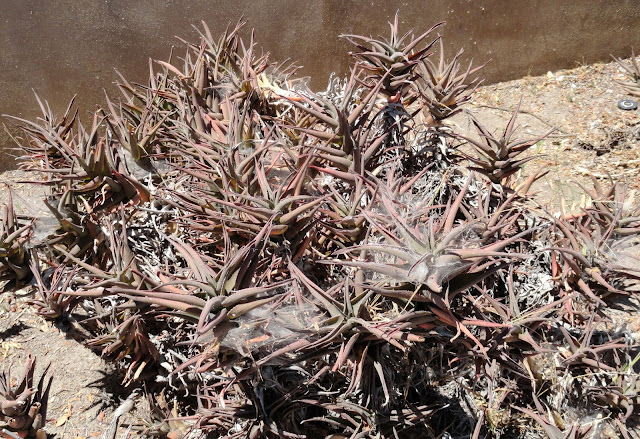 Parts of it were still green! And it just so happened there was a broken bit laying on the sidewalk. 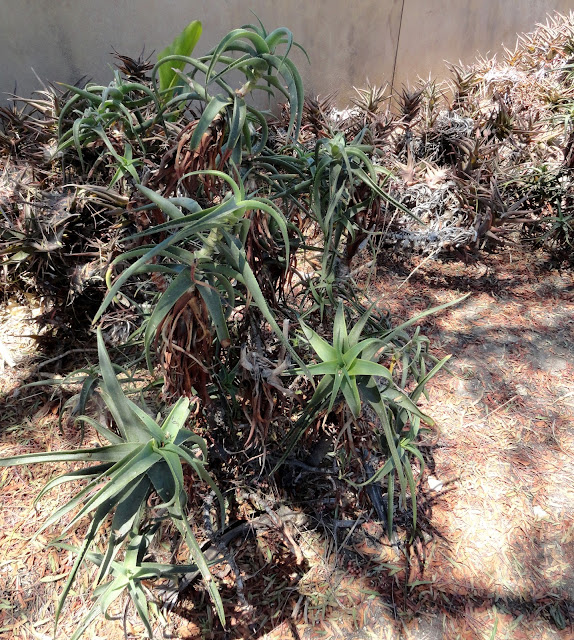 I brought it home and just for fun tried it in the rootcup, The base was so thick though that it didn't really work well... 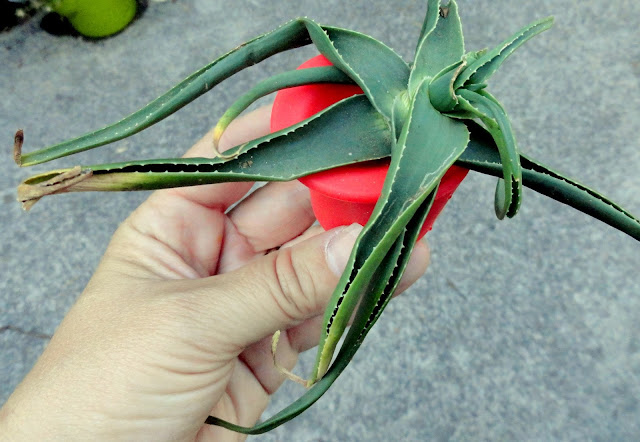 ...however I am excited to try the rootcups with basil cuttings soon. I'm always pinching my plants back and sticking the cut pieces in water where they quickly root to make new plants. If you're curious about the design (and the man behind it) there's an interview with him over on treehugger. I remember seeing these in a kickstarter campaign way back and read a lot of criticism (why waste your money on something you can do in a glass jar!?) but what the heck, they're fun! 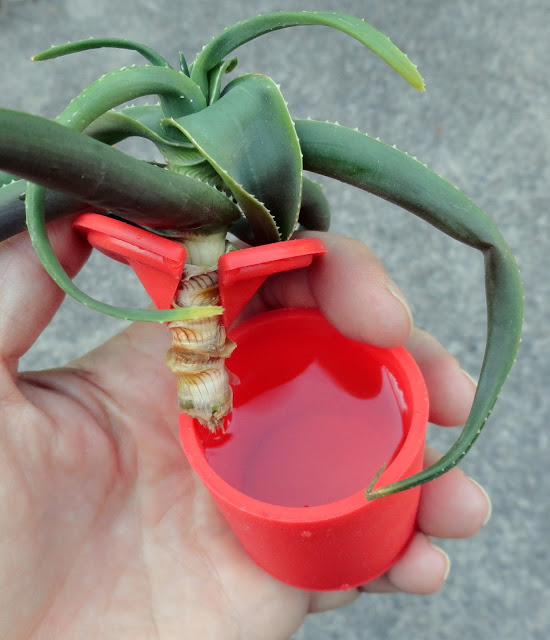 As further proof that I know where to draw the line I didn't pick up any of these Aeonium pieces seemingly discarded at Alice Keck Park. Had there been a "free"sign I would have been all over them, but there was not. 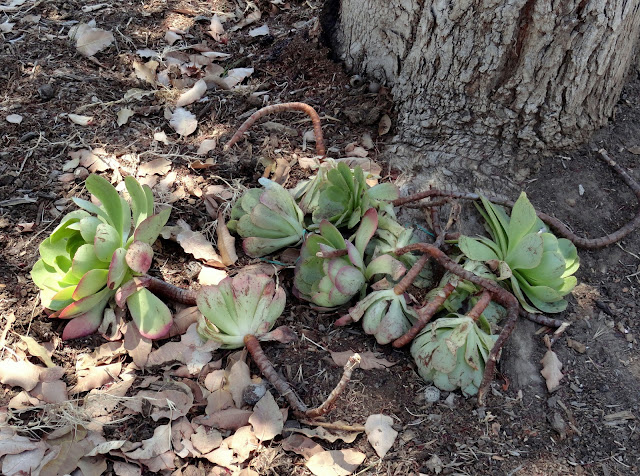 Perhaps a worker had recently cut them from this mass and had plans to plant them elsewhere in the garden? Or perhaps they were destined for the compost pile? I'll never know... 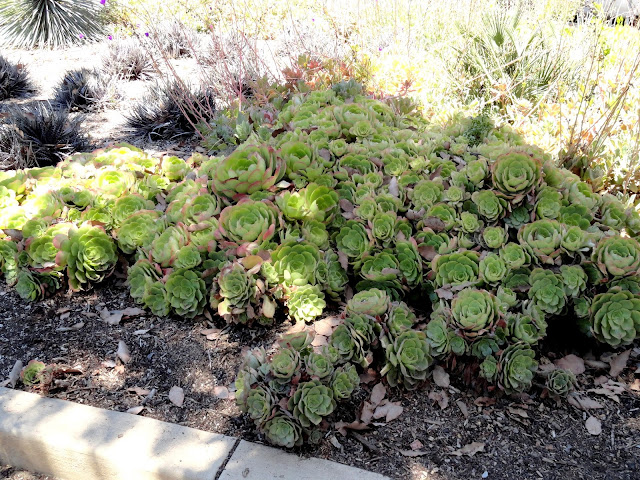 So what's your level of comfort when it comes to this sort of thing? I remember a friend of my mom's who regularly took cuttings of plants in restaurants, I think that's theft...plain and simple. What about you? What's okay and what's not? 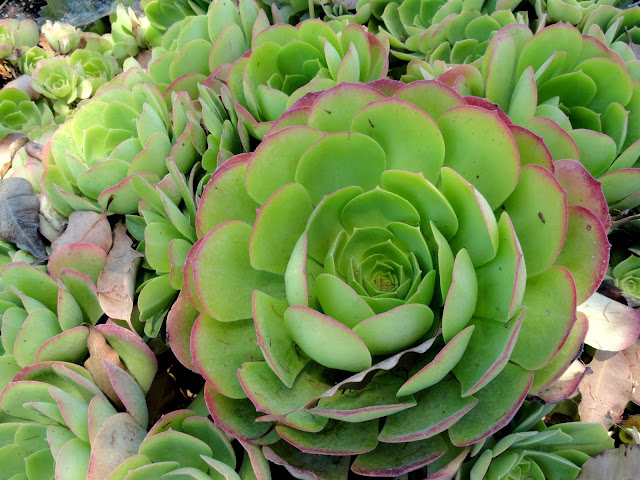