Aeoniums, what ya'll did with them...

When it was all said and done I received eleven entries for the Aeonium Challenge...yay for that! Although I have to say I think this was a hard one for many. Unlike the other "Challenges," where we took a maligned plant and tried to look at it through fresh, new, "hipster" glasses, Aeoniums are already cool.

I appreciate the time you all took to send in your entries, here they are in the order that I received them. First from Cherry Ong – love the contrasts... 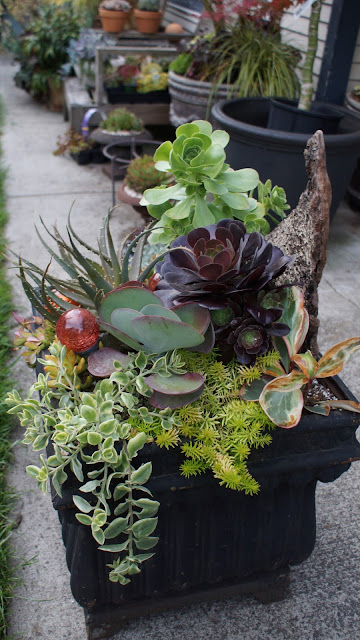 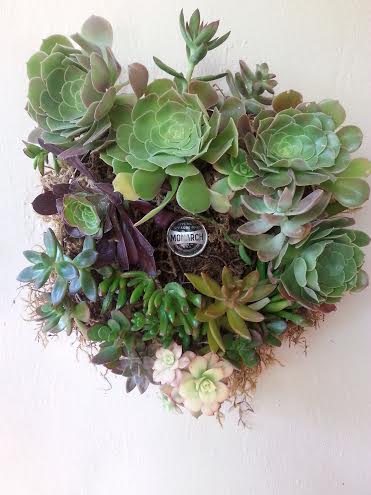 Gayle Fraser – Gayle sent me numerous images of HUGE Aeoniums in her garden. I was jealous. 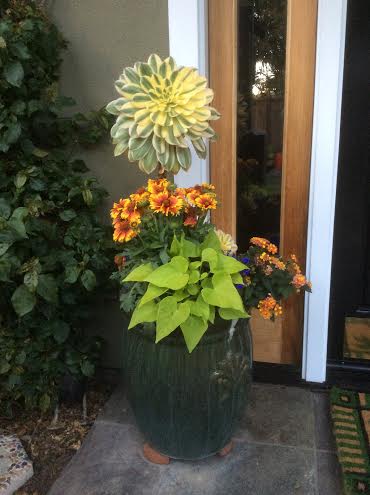 Angela Loftin – looks to be quite a large specimen? 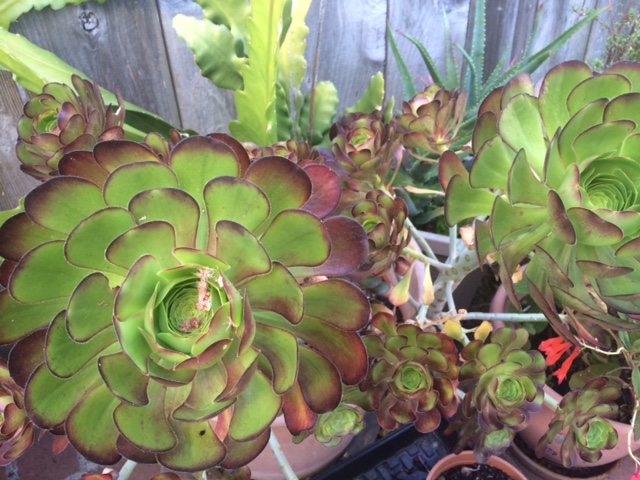 Stacey Stewart – and she claims she can't keep an Aeonium alive? Great photo. 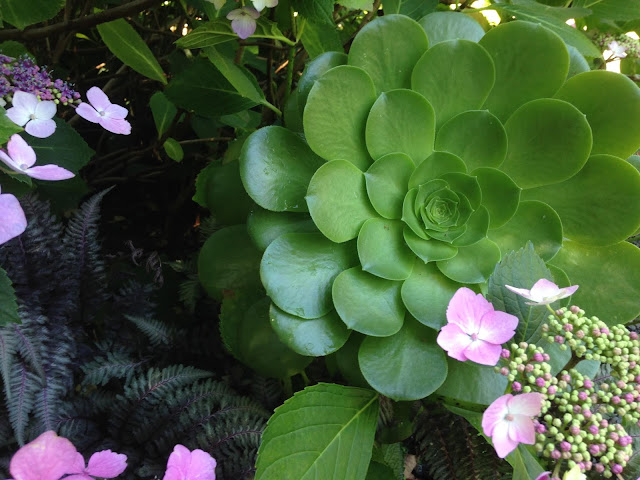 Eric Peterson – another sizeable specimen, and I love the detail on the container. 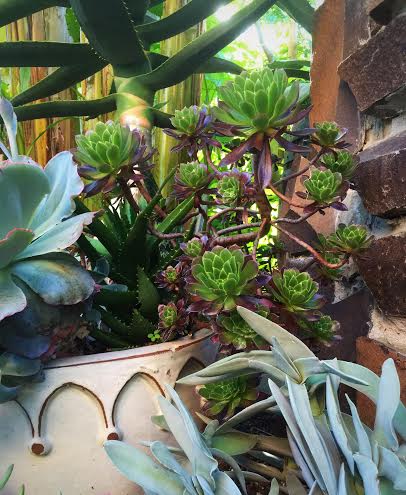 Poor Jim – The colors shocked me at first, but the longer I looked at the photo I started to really love them. 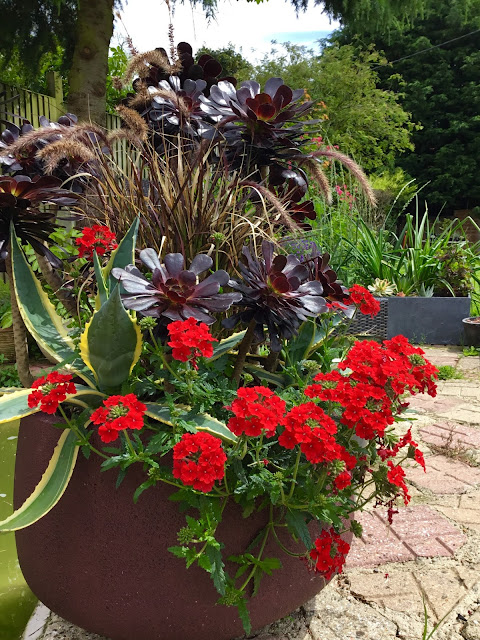 Tim Vojt – okay I have to admit the seafoam Artemisia distracted me...and look at that cute little Agave... 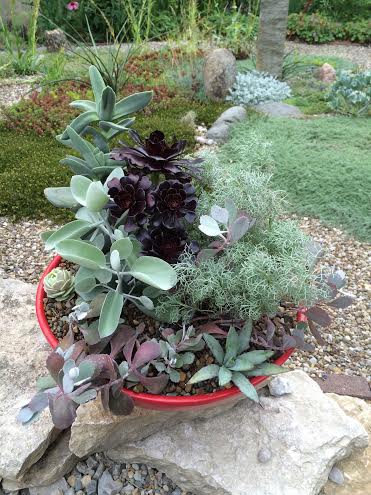 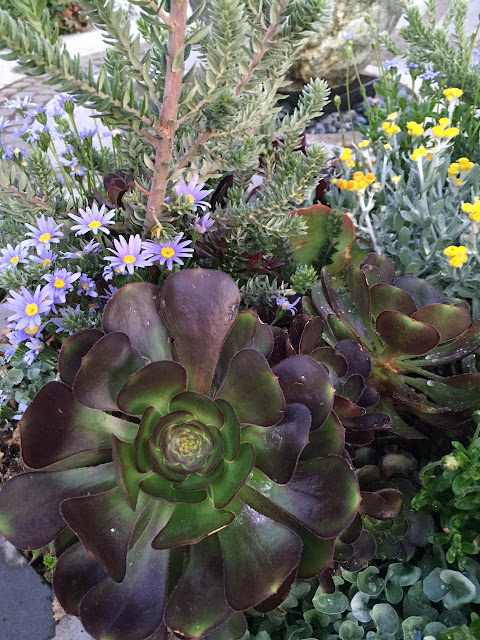 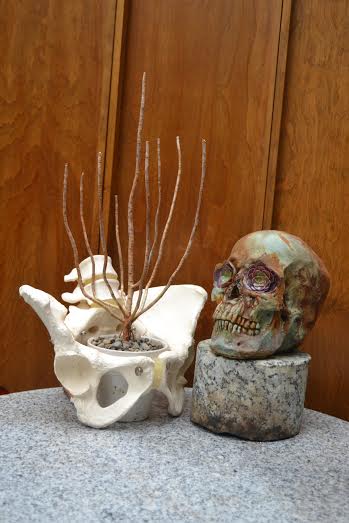 Kris Peterson – Kris put together a few entries and used crowd sourcing to decide which to send in. Then went with her own choice (which I love)... 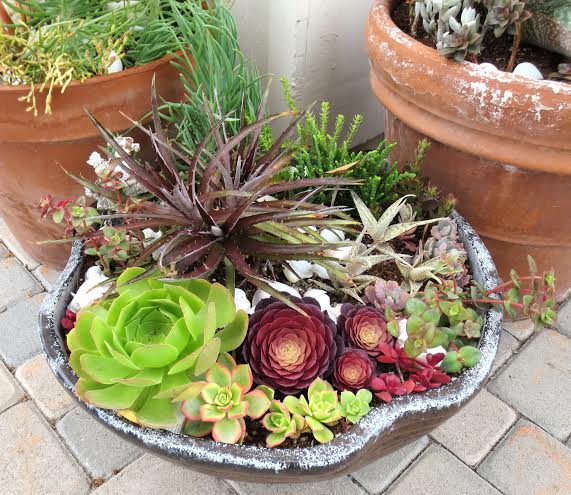 But wait, there were a couple of "just for fun" entries. This one from Hoover/Piece of Eden. She took this shot when visiting the Huntington Gardens. Isn't it fabulous? All those Aeoniums planted en masse, burning color flowing across the ground...***swoon***... 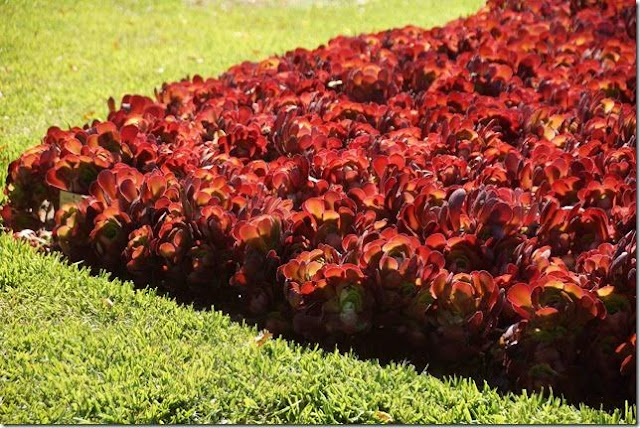 And this fabulous headpiece was created by Susan Soto, our winner for the last two challenges (OC&K and Poinsettia). Susan sent in a post-deadline photo, knowing she was too late to enter but still wanting to have fun. Can you even imagine how special you'd feel with that on your head? 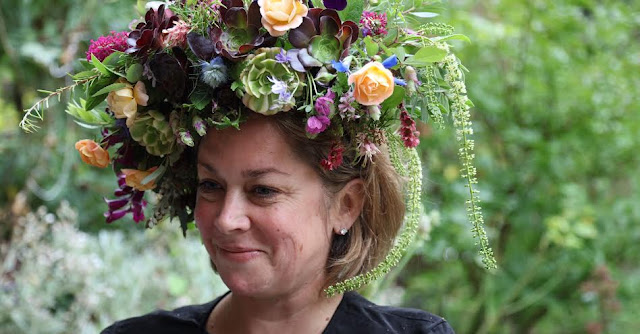 Peter sent a description with his image, which I feel needs to be shared: "The eyes of the skull are Aeonium 'Zwartkop' and the potted plant, pruned by Morticia Addams, is Aeonium 'Kiwi.' That's the thing about plant nerds, sometimes they see things in a plant that may or may not be there. Maybe it's about humankind's lust to own or control natural beauty and in the possessing, they rob the original object of it's beauty and end up looking a bit silly themselves. Maybe one thinks the other has a great body but is a bit lacking in the brain department. On the other hand, maybe the guy's a boob man and after a few drinks, he's seeing more there than there is."

So fun and creative...big congrats to Peter – I'll be in touch about your fabulous winnings generously donated by Cistus Nursery!