In a Vase on Monday on the Fourth of July

Here we are...it's July 4th! A day that to me used to mean hanging out with friends and family under the pretense of celebrating our great nation. However as someone with a dog (deaf as she may be) it's now about managing her stress (she can still feel the big explosions) and as a Portland homeowner it's about praying this won't be the year our neighborhood goes up in flames. Big fireworks are illegal here (just like in Seattle and Spokane – the other two cities I've lived in) but that doesn't mean squat. I've never lived anywhere that explodes on the 4th quite like Portland. Yeehaw! Big fun...

So today is also the end of the Aeonium Challenge, fun as it's been. Ya'll have until midnight to get in your entries... 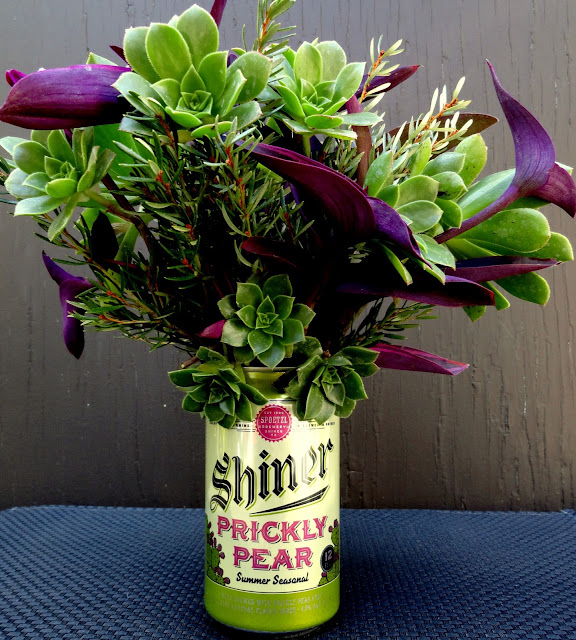 I thought it would be fitting to end the challenge with a green Aeonium feature. Since all I've done previously is feature the dark ones. 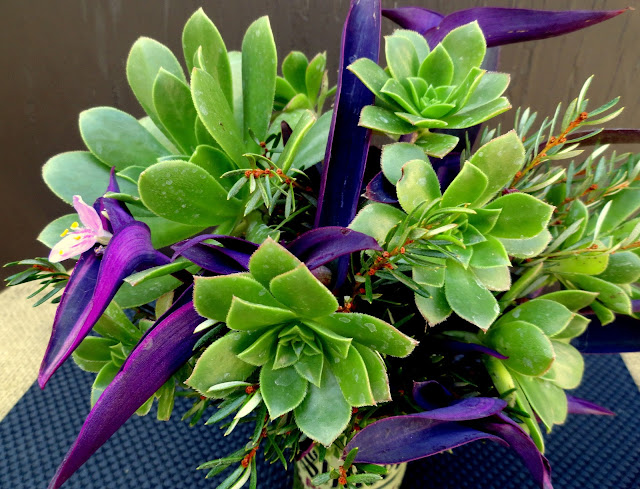 Plus since it's the 4th, beer seemed rather fitting! 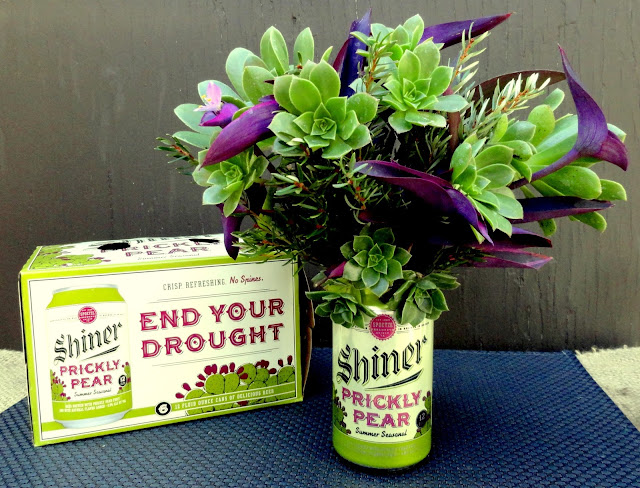 Andrew spotted this wonderful marketing effort and brought it home for us to enjoy. 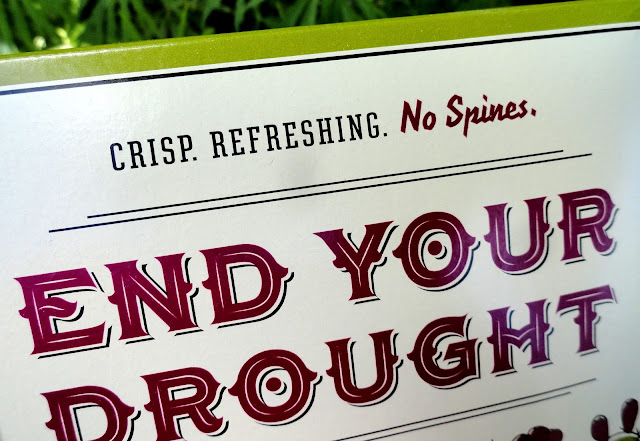 Or maybe that should have been "enjoy"... 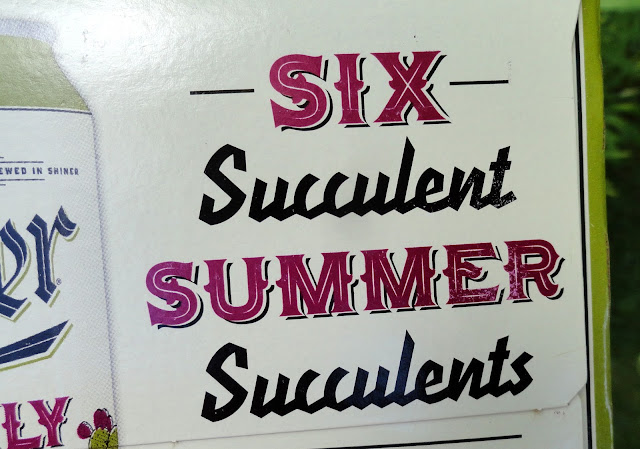 Beautiful as it was, it really wasn't very good. 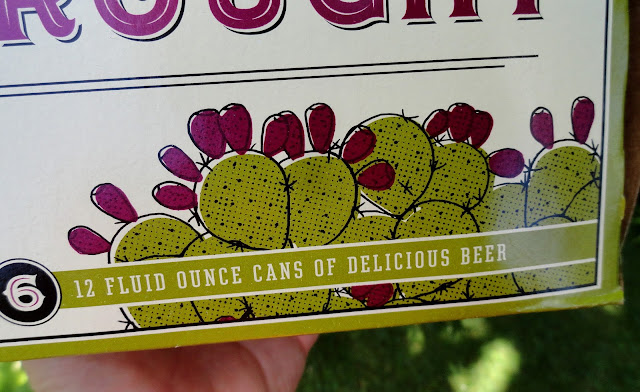 Still that doesn't stop me from celebrating. 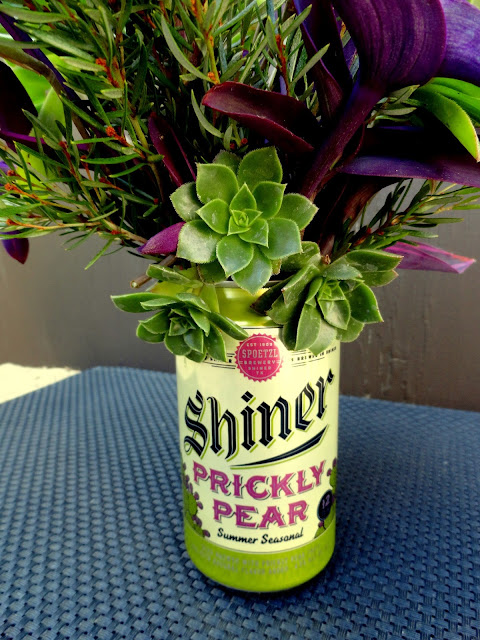 Joining Aeonium canariense in the beer can are cuttings from Tradescantia pallida 'Purple Heart' and Grevillea australis. 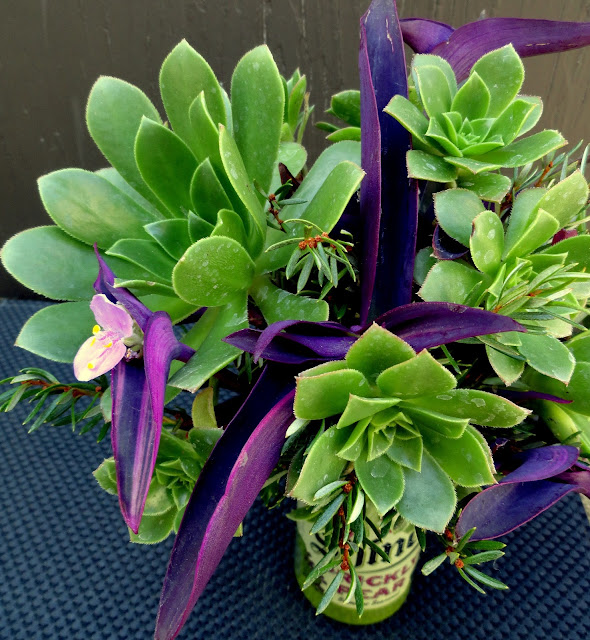 As always our Monday garden cutting/vase creations are hosted by Cathy at Rambling in the Garden. Thank you to all that have put together an Aeonium Challenge entry and sent an image. Our judges will be meeting next week and if all goes as planned I will be announcing the winner (and sharing all the entries) on July 18th. Stay tuned! 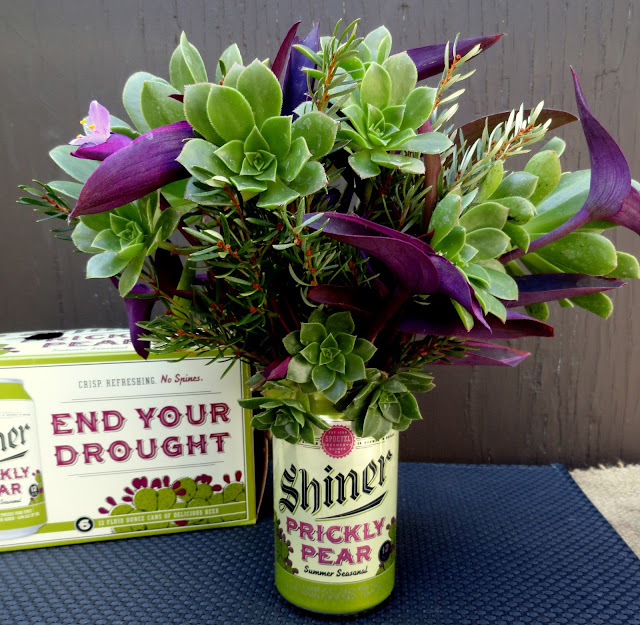 Labels: Aeonium Challenge, holidays, in a vase on Monday