So here we are, the Ornamental Cabbage and Kale Challenge is complete. I received 11 entries total, thank you so much to everyone who took the time to put something together, photograph it and send in their photo(s). Some people sent more than one image, which I greatly appreciated, but since I'd asked for just one - and I want to keep the playing field even - all I'm sharing is one, as identified the sender. In alphabetical order here are what these creative people came up with, comments in quotes are from the judges. Oh and there was lots more said, quotes that is - but after a couple of glasses of wine I was doing good to write down these...

"Tropical paradise"... Michaele Anderson
In fact there was some discussion about where this person must live, to be able to take a croton outdoors this time of year and have coleus looking so good. So much color! 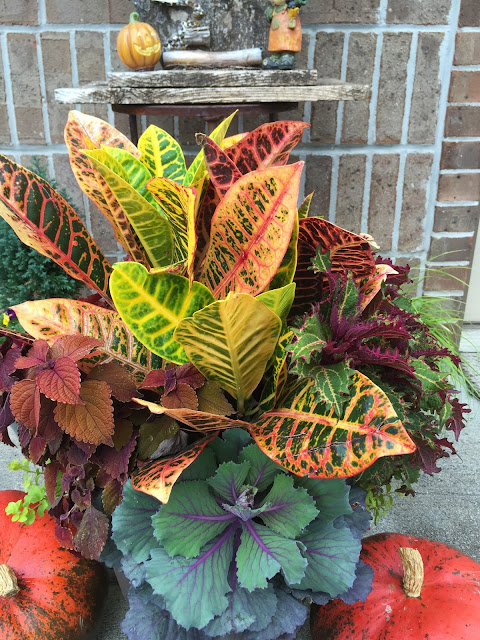 "Super classy"... Evan Bean, The Practical Plant Geek
Evan took the challenge in an entirely unexpected and exciting direction. You can see more of his entry here: Cabbage Tree on a Mountainside. 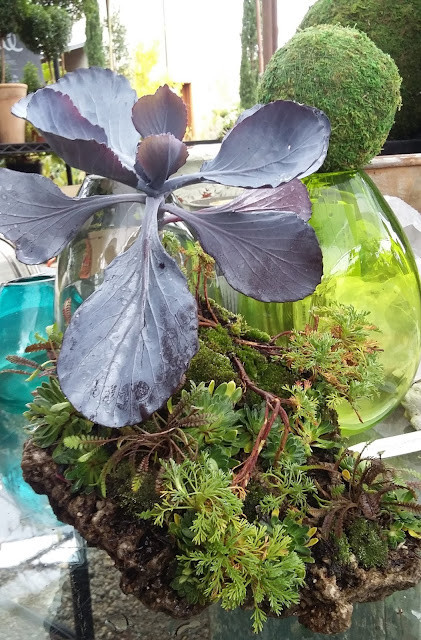 "So much attention to detail"... Bridget Davis, Mahonia Studio
If that name sounds familiar it's because Bridget used to be my neighbor and I've written about her garden and floral talents in the past. She's now creating beautiful scenes like this in Louisville, KY. 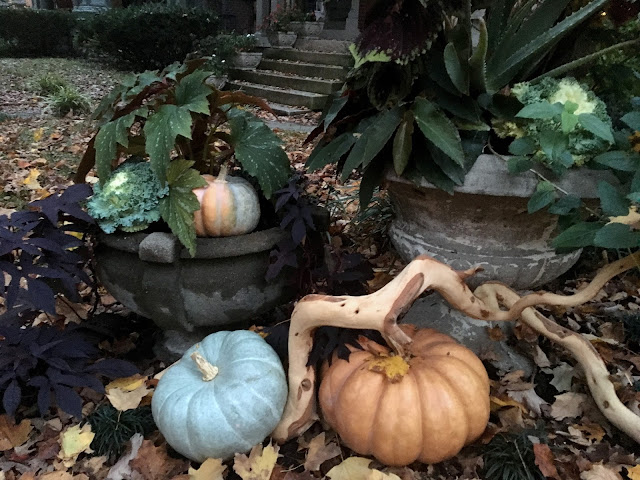 "Sculptural, an art installation" ... Ricki Grady, Sprig to Twig
Ricki detailed the making of her entry on her blog post "in a vase...well, sort of" and she expressed frustration that it didn't turn out entirely as expected, being a good sport she still sent in a photo. 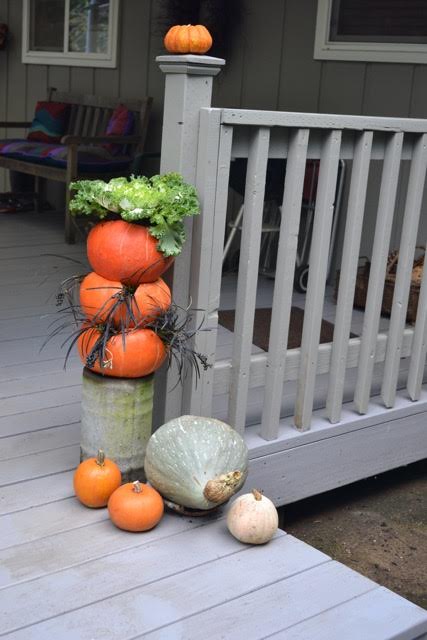 "Mardi Gras" ... Peter Herpst, The Outlaw Gardener
I overheard one judge react with the "Mardi Gras" label, and I thought it fitting - this is a party and there is so much going on! Peter shared a few more photos on his blog post here. 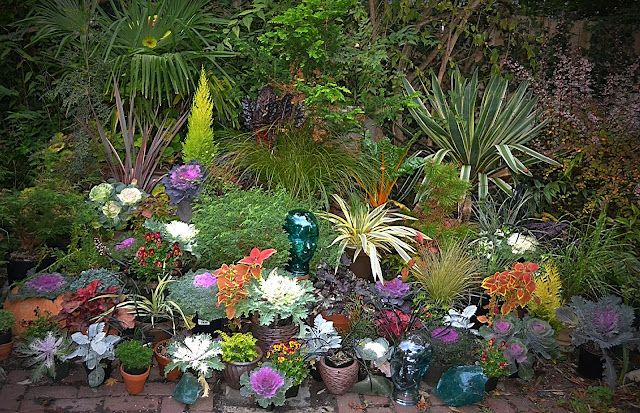 "He's hiding his junk with a fern" ... Anna Kullgren, Flutter & Hum
Anna shared that she threw her creation together as she headed out the door to work one morning. One of our judges noticed Anna made sure the image got a PG rating, not the dreaded R. 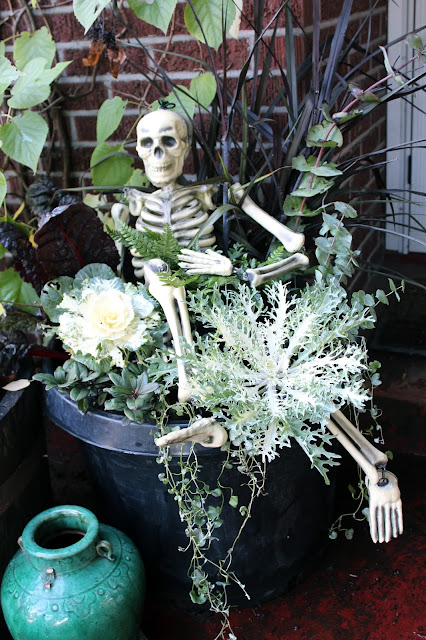 "The gardener at work" ... Sam Sacharoff
There was some talk that perhaps Sam was intentionally making a statement about how a gardener's work was never done, with what looks like a process shot. Very au-courant Sam! 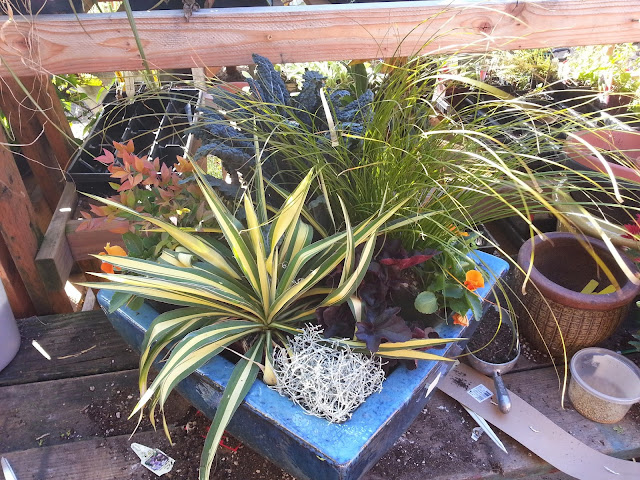 "Posh" ... Susan Soto, Flower Garage
Susan just wrapped up a gig designing dozens of centerpieces for a fundraiser, not missing a beat she turned around and did this much larger installation. 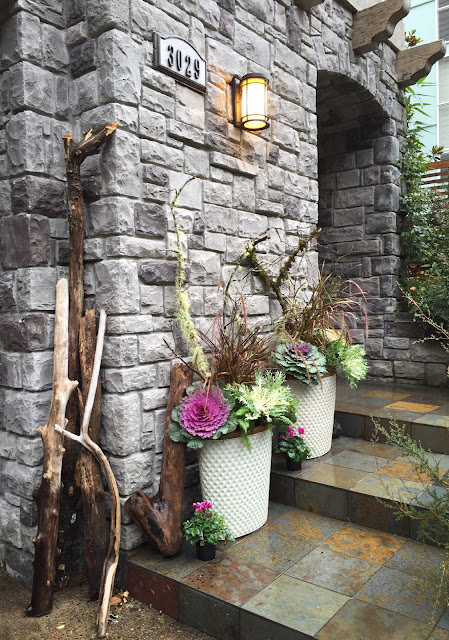 "The cover of the next Fine Gardening" ... Marian St.Clair, Hortitopia
I met Marian at the Toronto Garden Bloggers Fling, she gardens in Greenville, South Carolina, and might just have a second career lined up designing magazine covers! 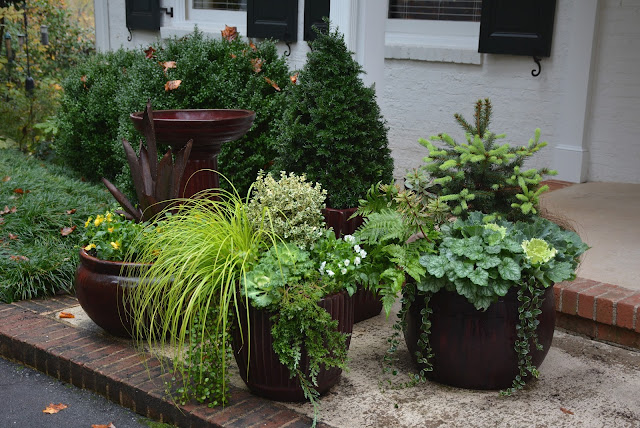 "Most prominent use of OC&K" ... Tim Vojt
Tim's Ohio garden has been featured a few times on the blog of Michelle Gervais - Gardeny Goodness. My favorite post was on his gravel garden, and then another looking closely at a few plants. Bukiniczia cabulica where have you been my whole life? 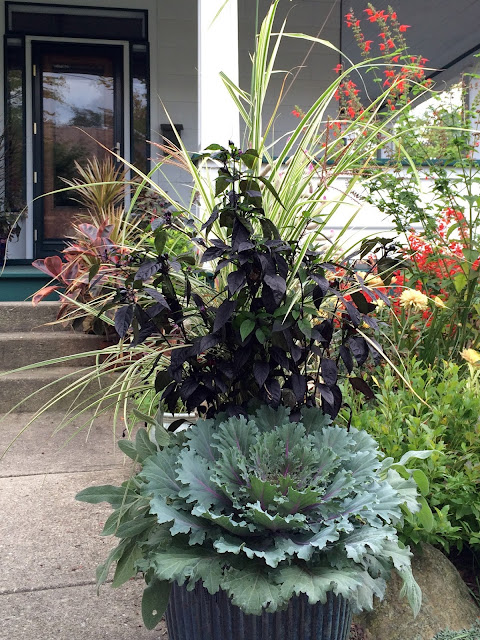 "Varieation on a color, fabulous texture" ... Linda Weiss
I only know Linda through Facebook, she gardens up on Vashon Island so maybe someday our paths will cross in real-life. Her entry does have me thinking back to summer with all those bright greens... 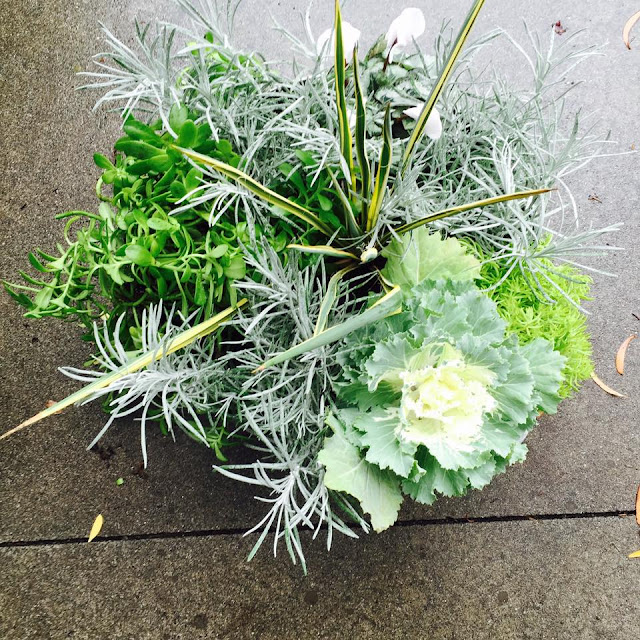 So, those are our entries...give them a big round of applause!

As I mentioned the judges put their heads together last night to come up with a winner. A lively discussion ensued and three names kept coming up. In the end there had to be a winner though (somebody I could send that Starbucks gift card to so they could celebrate with a grande Pumpkin Spice Latte)...

Thank you so much to everyone that entered, wanted to enter but couldn't due to lack of OC&K (I'm looking at you my California friends) and to our distinguished panel of judges: Heather, Wes and Nathan. Now get your creative pants back on because we're doing this all over again in December!

Subject: the much maligned poinsettia