How many is too many? Did Imelda have too many shoes? Does Evan have too many Bromeliads? Do I have too many Agaves? Well, in order to answer that question we need to know just how many I have right? Let's count! There are 9 in the driveway...

The back garden, surprisingly, has quite a few Agaves in the ground.

Many of them are planted in what I refer to as the Agave mounds.

But there are a few in containers.

All counted up there are 39 Agaves in the back garden. So we're at 48 total, thus far.

And in case you're wondering I did count pups, but only if they were separated from mom and at least 3" wide. This photo has 6, the yucca looking green guy is actually A. striata Espadina form. There were a few pups here too small to count.

It's been too wet to take the covers off the containers for over a week now.

They don't seem to mind though.

Truth be told I was shocked at the count in the back garden, of course they're all on the smaller side. No monster Arizona Agaves here (sadly).

Okay next area to be counted, the shade pavilion...

Time to go out to the front garden...

Like the back garden I was a little shocked as the number started going up, up, up...

But there are 6 Agave parryi 'JC Raulston' alone, what was I expecting?

I really should measure this one, it's getting quite large. See the damaged leaf on the lower right? That happened with the new widows going in last spring. Everything up from there is new growth.

Okay, the final frontier: the basement. For those of you just tuning in these are all outside in the summer, they're the ones of questionable winter hardiness who spend winter inside, where it's safe.

The basement has 48, which means the grand total of Agaves in my possession is 178! Oh my. 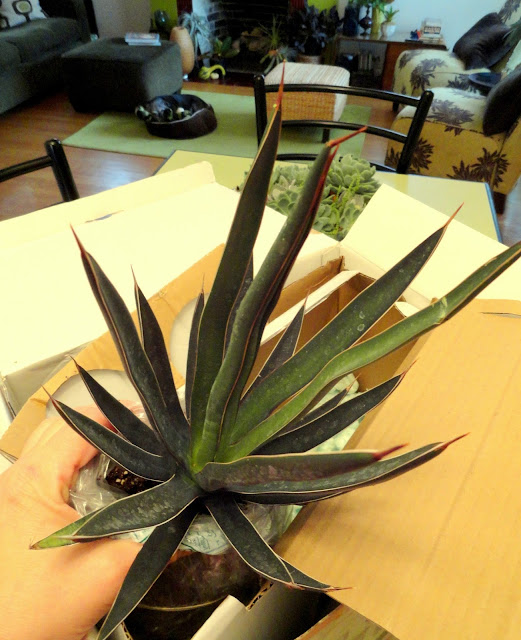