In a Vase on Monday - one big leaf

I worked really hard putting together this week's vase... 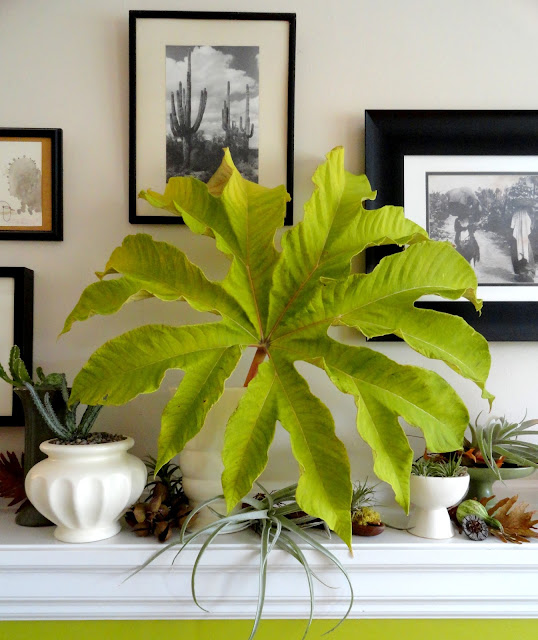 Okay, not really. I've been cycling through single Tetrapanax leaves for awhile now. Each one lasts almost a week before it starts to look shabby. I've tried putting a few other things in the vase with the leaf but found it's best on its own. 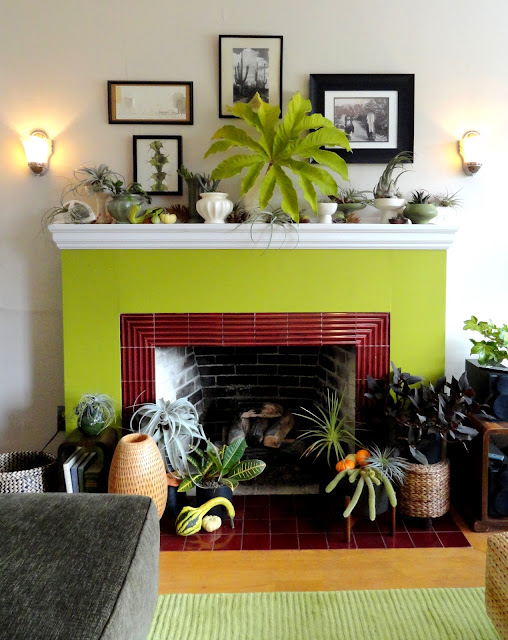 Besides the other plants and doodads around the fireplace make it feel like a finished piece. 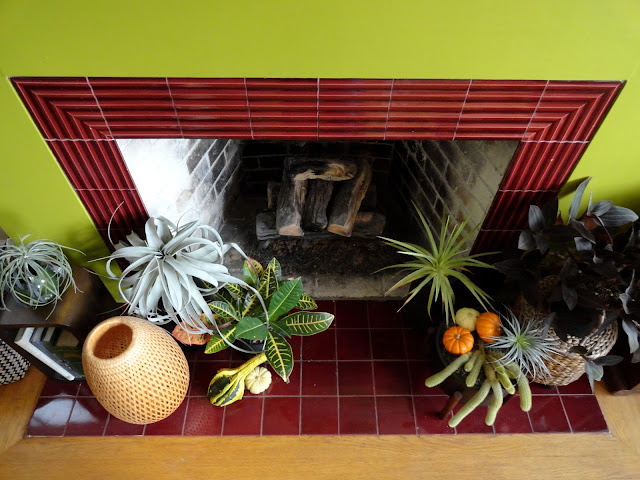 So far I still love the Croton that jumped in my cart at IKEA. This is another one of those plants I've not particularly cared for in the past but I'm warming to its charms. 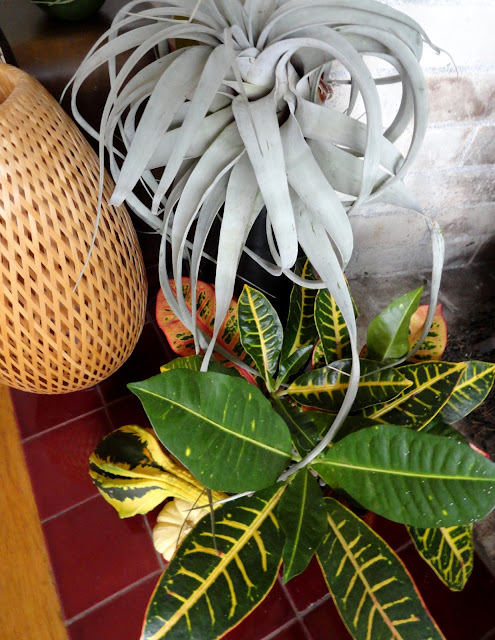 The green Tetrapanax leaves of summertime do not take to the vase treatment well, something about the yellowing up, impending fall, of the leaves prepares them for this treatment. I felt this one was particularly nice in the way it coordinates with the chartreuse of the fireplace itself. 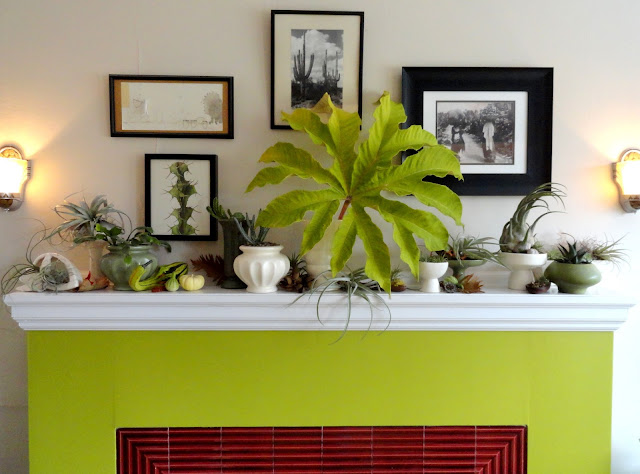 The brown button in front is from a Eucalyptus, I picked it up at the Huntington Gardens last December, a visit that I still haven't posted photos from! (coming up, soon) 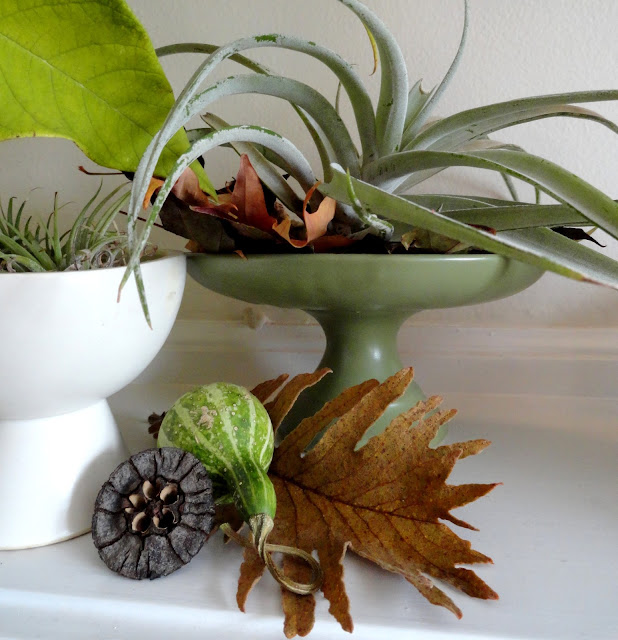 I picked up this huge Tillandsia Seleriana at Digs on Alberta, isn't it amazing? 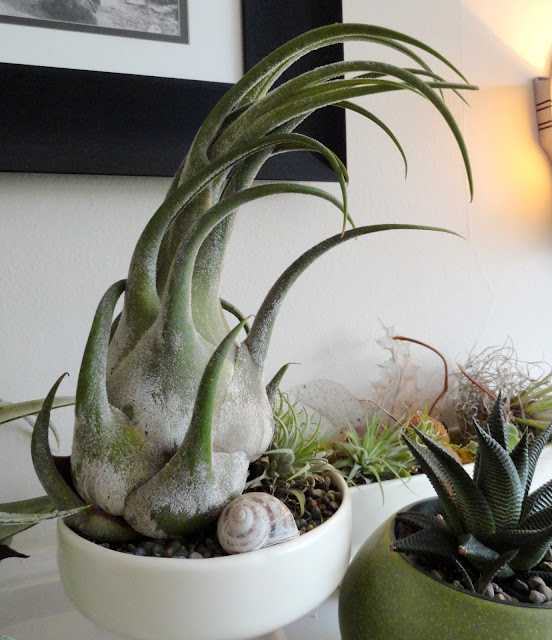 Haworthia from Portland Nursery (reminder their houseplant sale is coming up again this January!) 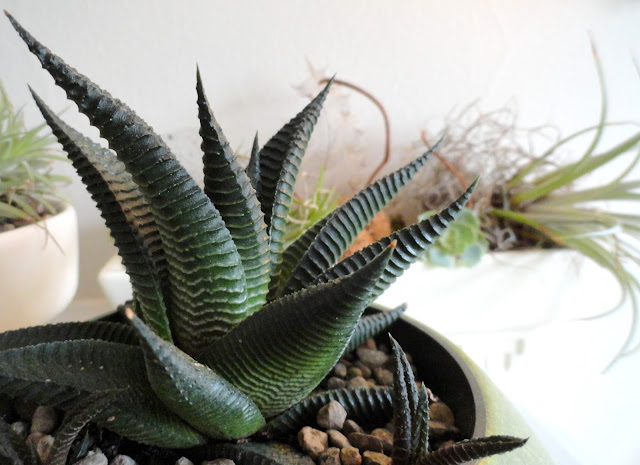 The leaf skeleton on the right is from my Acanthus sennii, I found it doing spring clean-up last April. If you're curious it's just as prickly as the green (live) version. 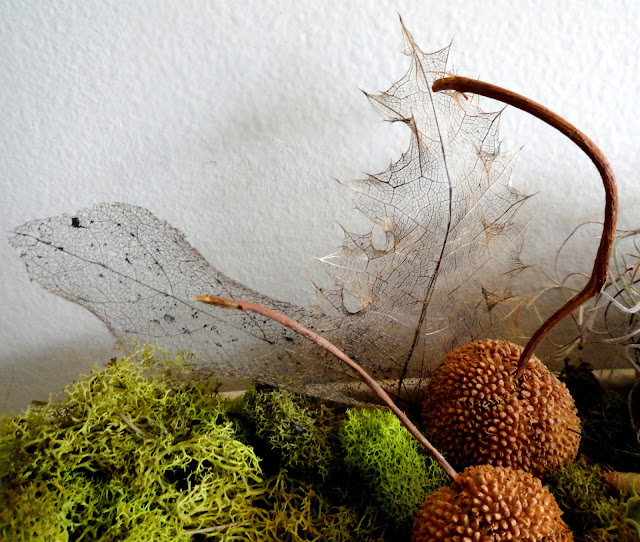 The Tetrapanax leaf-veins have turned even more pink since I took these photos. 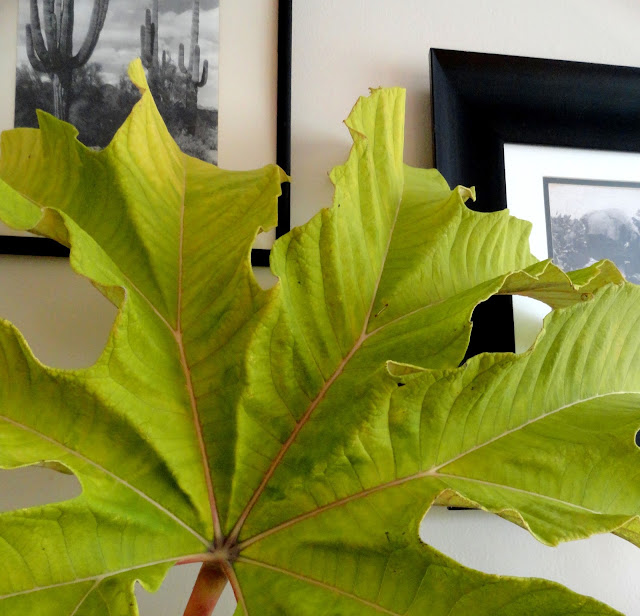 So that's my vase (and it's surroundings) on this Monday - visit Rambling in the Garden for links to the others participating in the Monday Vase theme this week. Also today it's Foliage Follow-up over on Pam's blog Digging. I'm linking to that post too, because obviously foliage can rock a vase just as well as a flower can... 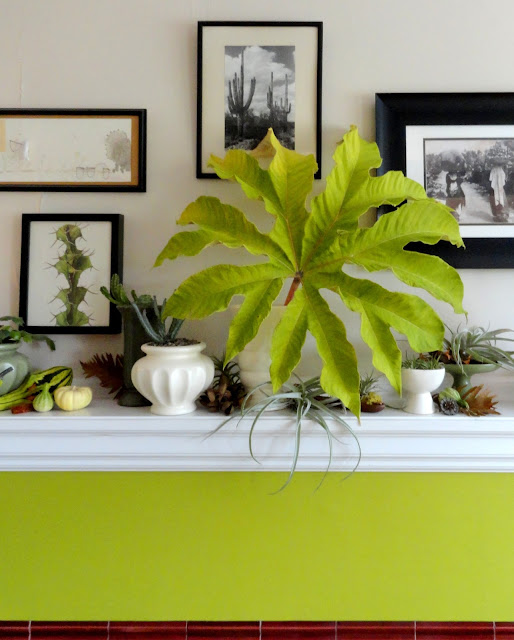 Labels: in a vase on Monday, Tetrapanax