Hurry up already, it's not August you know!

I was out scavenging in the garden for things to use in a vase when I discovered this - buds on my Acanthus sennii... 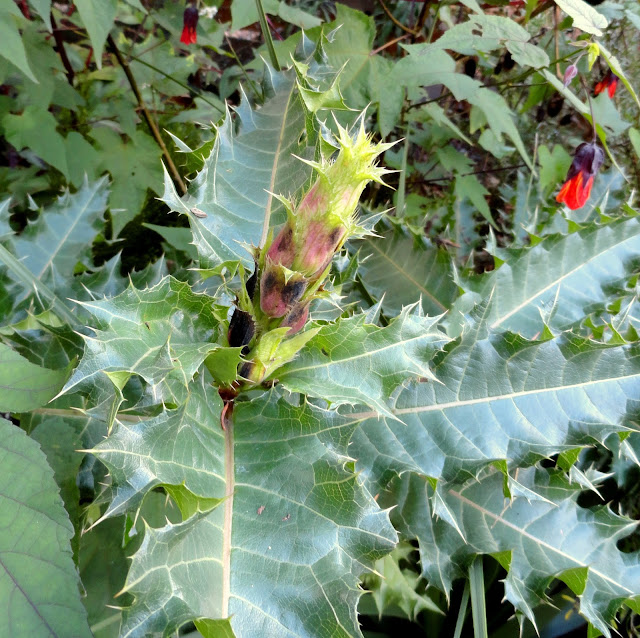 This happened once before, on another Acanthus, but they weren't this big and sadly they were cut down by frost before they could open. 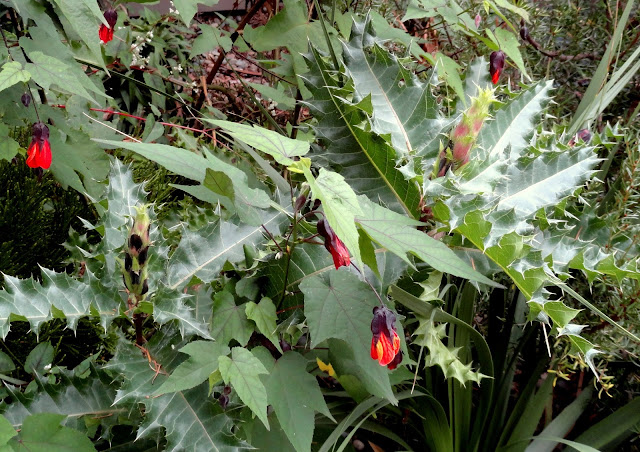 It's November...what are the chances I'll get to see these open? 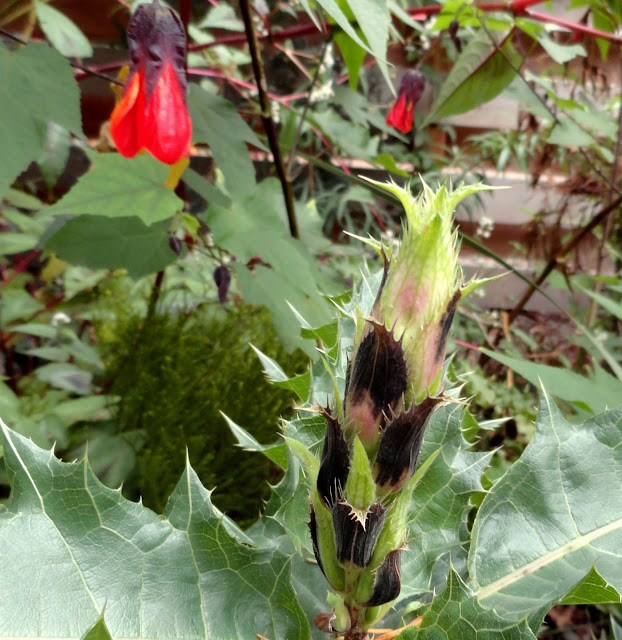 Ditto for the still tiny buds on Passiflora 'Lady Margaret' - which it appears are being enjoyed by some tiny aphids. 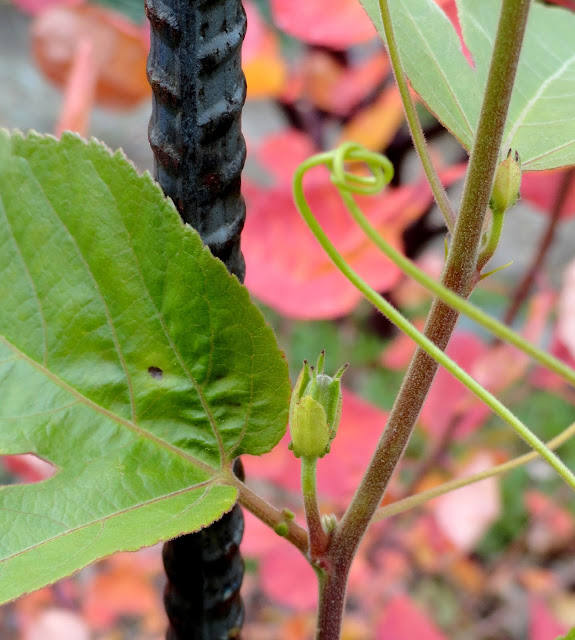 A single flower opened on the Passiflora jamesonii 'Coral Seas' earlier in the month, since then more buds have appeared but refuse to open. 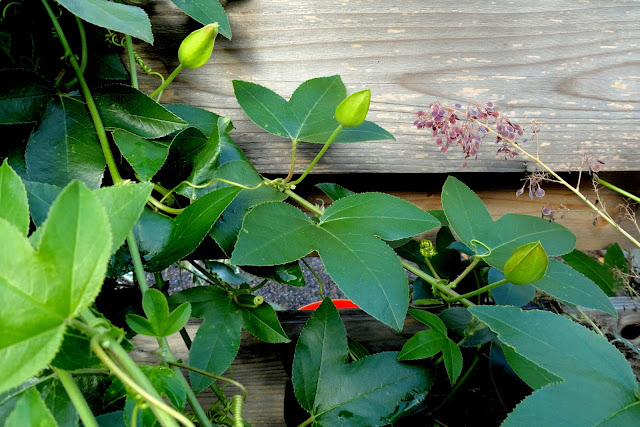 This one is getting close...hurry up already!!! 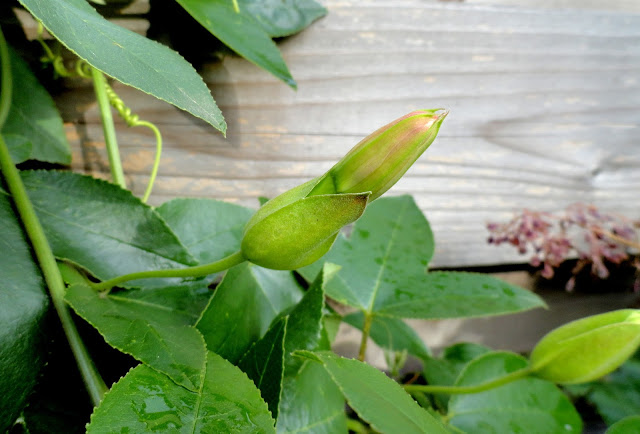 Thankfully the Passiflora 'Sunburst' isn't being stingy. Since the blooms started opening back on the 15th it's been a non-stop show. 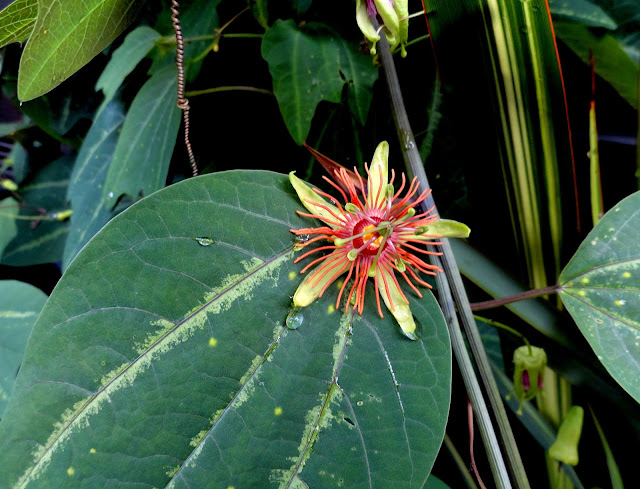 I've been bringing the flowers into the house to enjoy them, I just have to make sure they're gone before Andrew gets home. I'm not bothered by their unpleasant odor but it sends him. 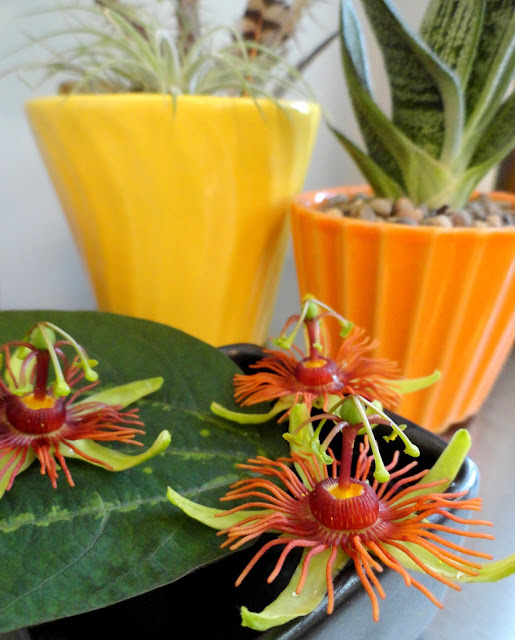 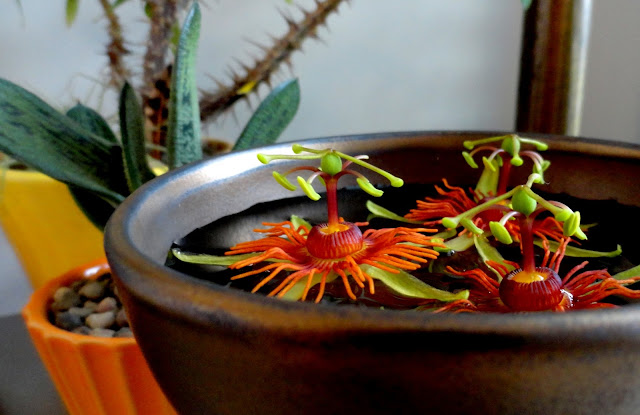 After an entire summer of producing only beautiful foliage the Brugmansia 'Charles Grimaldi' has finally decided to bloom. 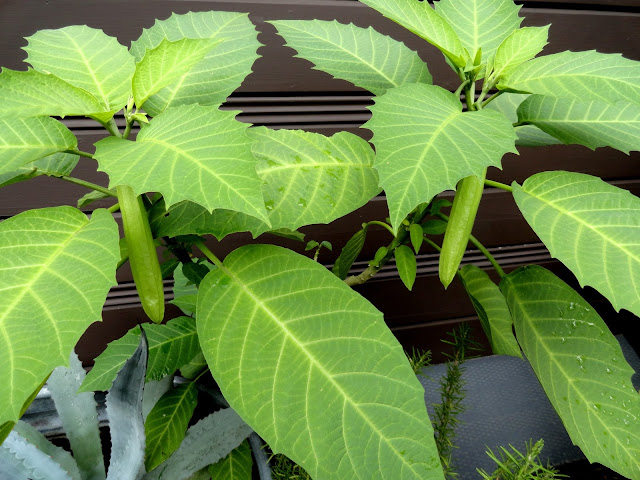 There are 6 buds (of varying sizes) on both branches. These next two shots were taken yesterday, I feared the overnight lows might bite them but it appears they can take 38F in stride. Still, will I get to see any of them open? Why is everybody cutting it so close - it's not August you guys! 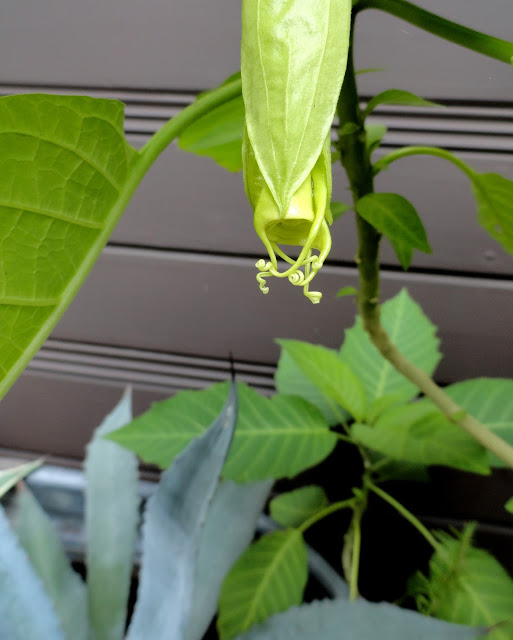 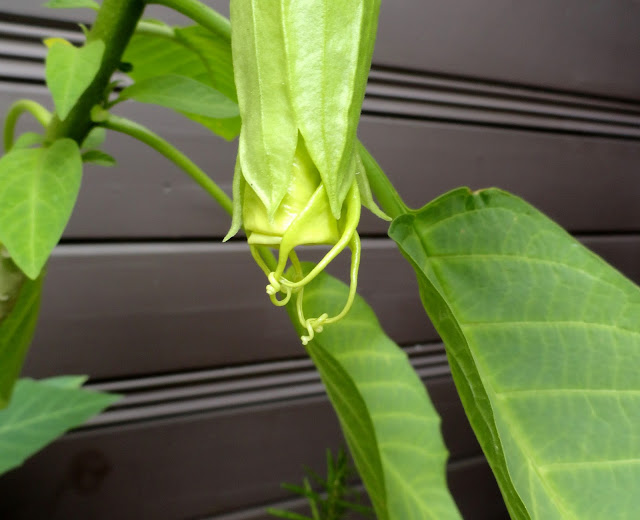 No blooms here (thank god) but I'm never one to miss an opportunity to share an Agave photo. These have all been lifted from their potentially soggy spot in the garden and are wintering over in one of the driveway stock-tanks (better drainage, more sun). 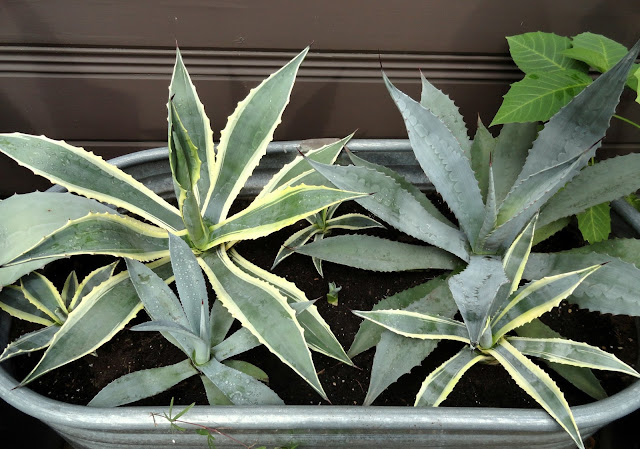 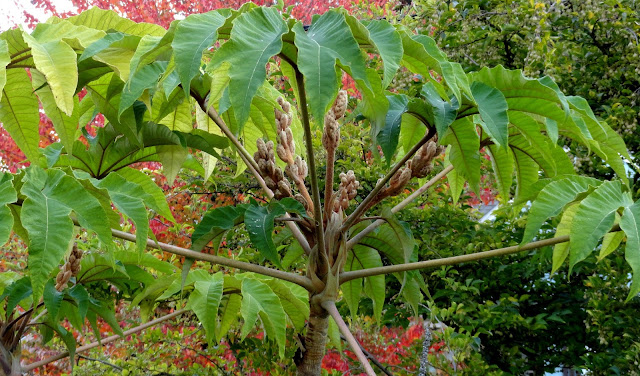 It might just be wishful thinking but I swear they're a little further along in their development than at this point in years past. 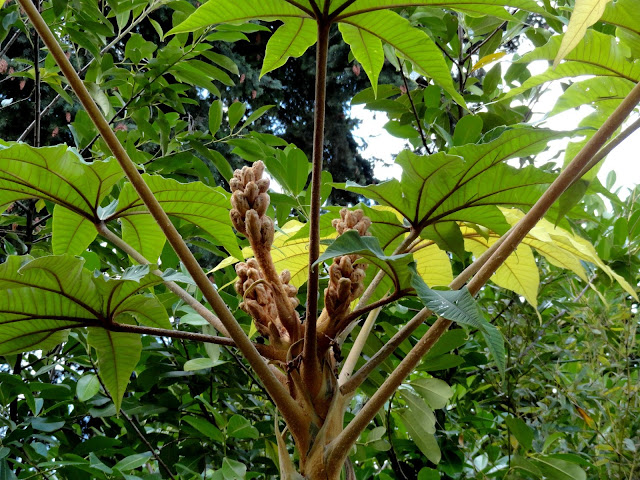 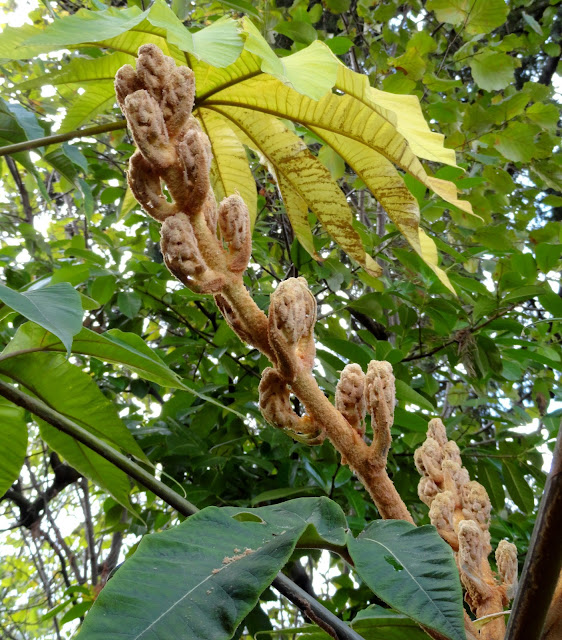