In a Vase on Monday - the “before you rot” edition

Our night-time temperatures have been fairly tame, we dripped to 38F one night last week but haven't yet experienced anything that would put an end to my tender succulents planted in the ground. Instead it's the rain that's their enemy - all that moisture combined with little sun, no heat, and falling leaves, means they can quickly rot. I've been lifting plants, taking cuttings, and generally just trying to make sure they all have a fighting chance at living on - which brings me to this week's "In a Vase" submission... 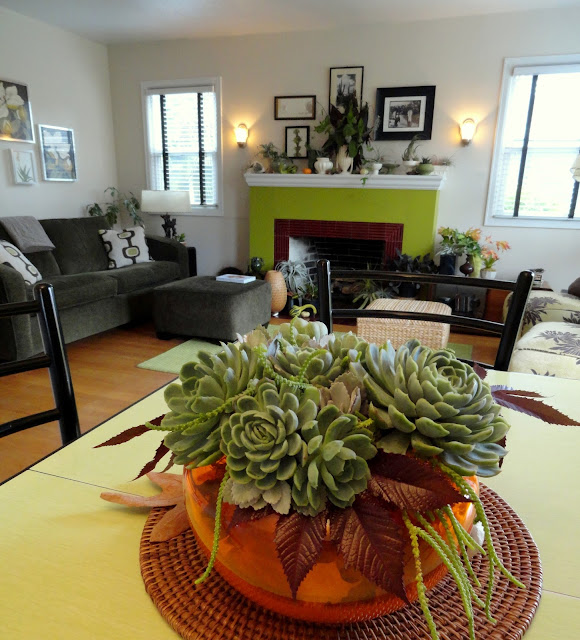 When Kris shared her stunning succulent vase arrangements (here and here) I was inspired to try to do something similar. I took several Echeveria cuttings knowing exactly which "vase" I'd use, this orange glass bowl given to me by Tamara, of Chickadee Gardens (it was her grandmother's...which makes it extra special). Since I didn't want the feet of the arrangement to show through the colored glass I filled it up first with dried leaves... 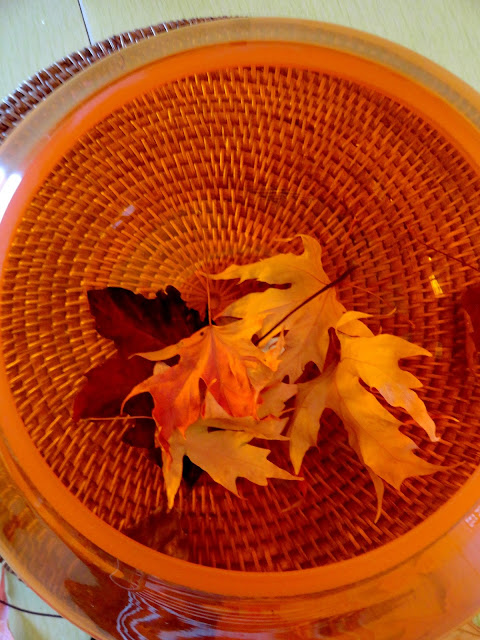 And then set about taking cuttings. Both the Echeveria on the left and the Crassula muscosa on the right (long green stems) were chopped. The empty space above the Echeveria is where a couple of small Agaves were already lifted. 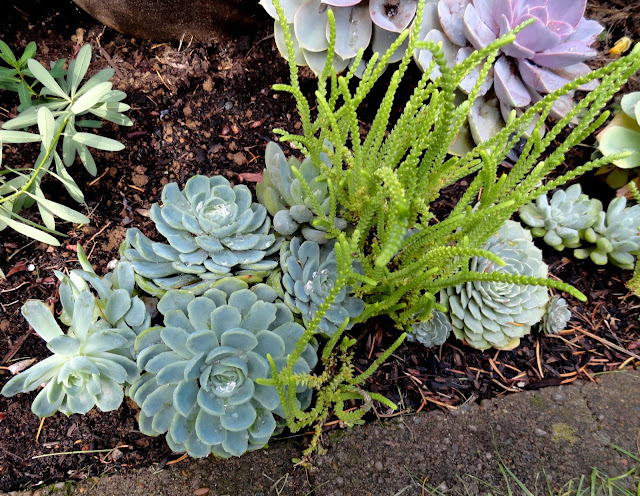 These Echeveria also got the chop. 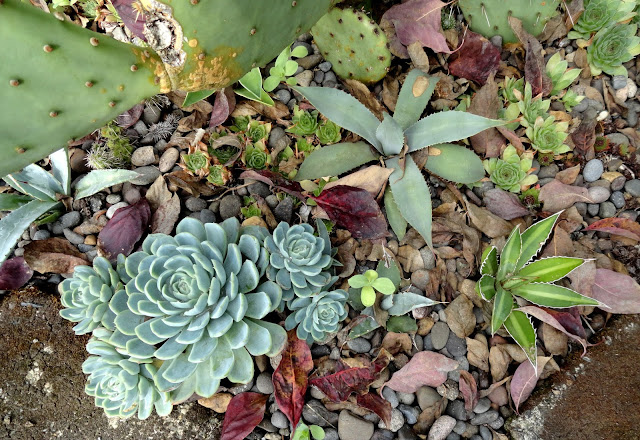 And I thought about cutting the Graptopetalum, but unlike Kris I am no good at mixed succulent arrangements. I didn't want to get too carried away, they'll be cut another day. 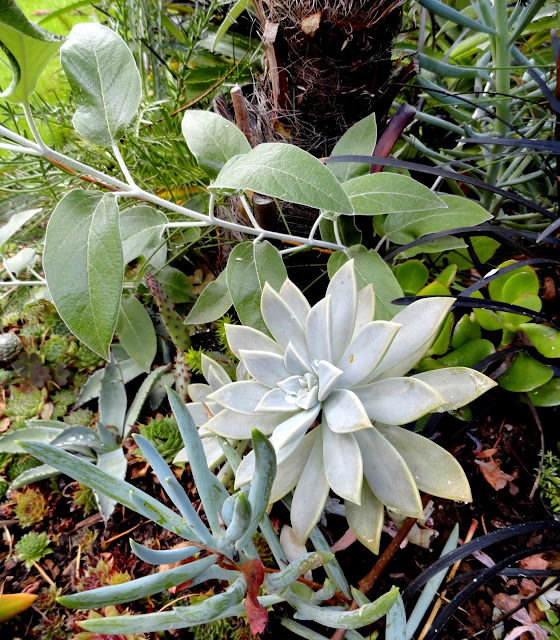 Some of the succulent stems were so short a little wiring was required to keep them in place. 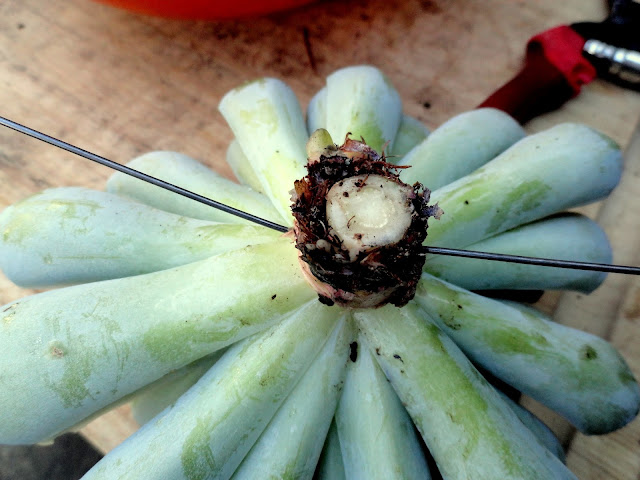 And I decided I needed some dark dramatic leaves, so these little plastic water vials were called into action. I wish I could have found them in clear, rather than that annoying day-glo turquoise. 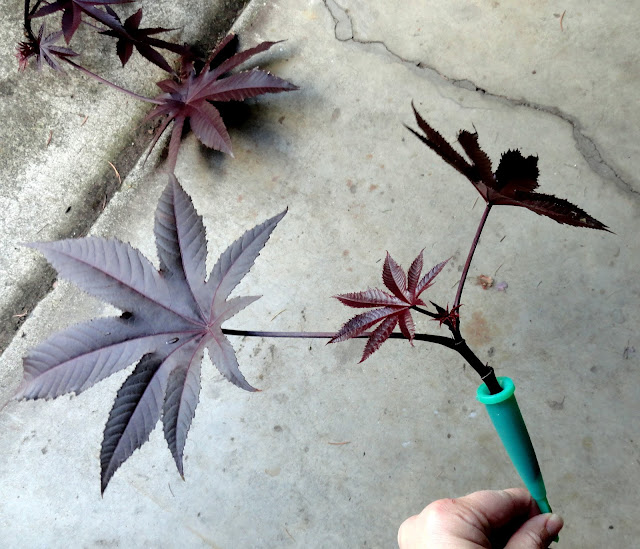 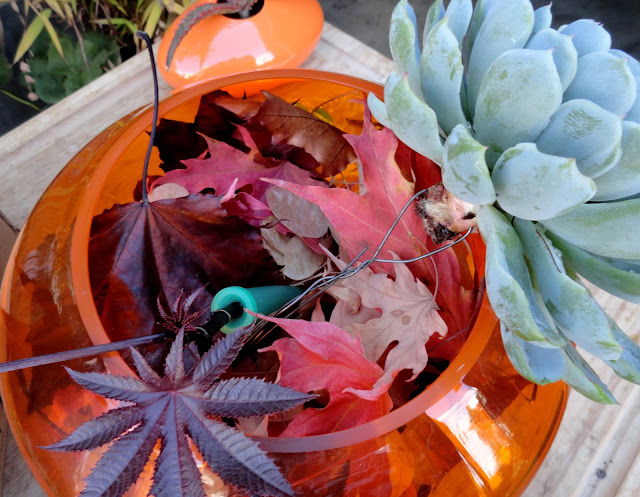 And the finished product, on our dining table. I did add a few Kalanchoe pumila cuttings, their pinkish color and zig-zag edges helped to tie-in the Castor Bean leaves. 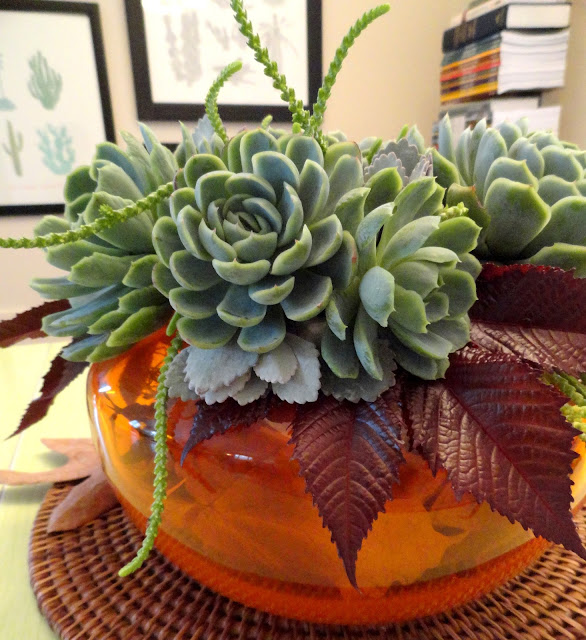 At first I wasn't thrilled with it, since what I created wasn't exactly what I saw in my mind. However it's growing on me... 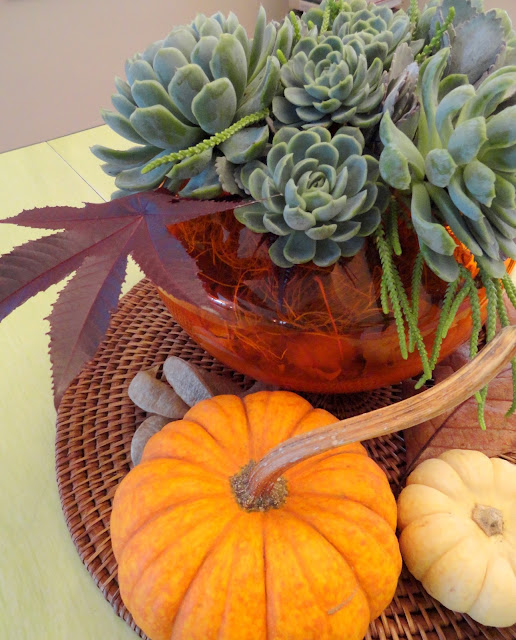 And I'm quite thankful all the surviving pumpkins and gourds don't have to be tossed quite yet. It's nice how the Halloween holiday decor can flow right into the Thanksgiving scheme. 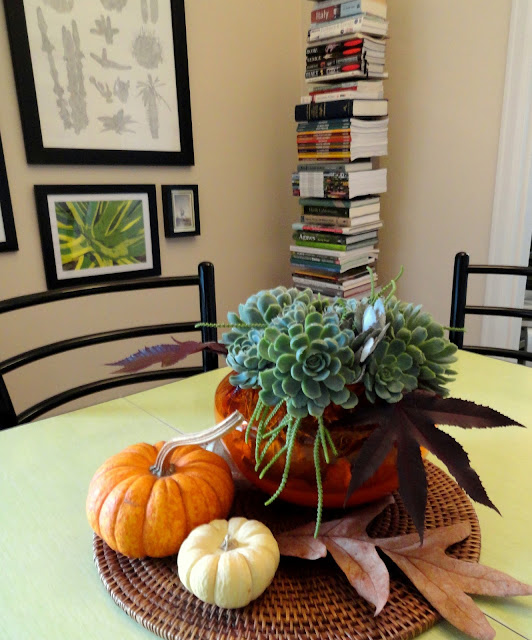 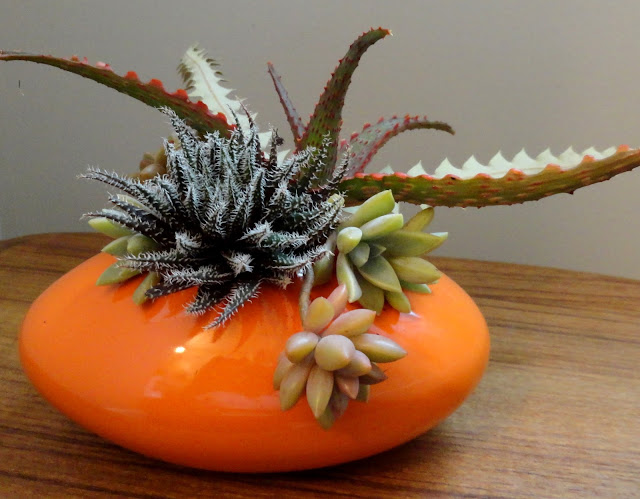 Since operation lift and cut was in full swing so I continued on and challenged myself to do a little mixed arrangement, just to see if I could. 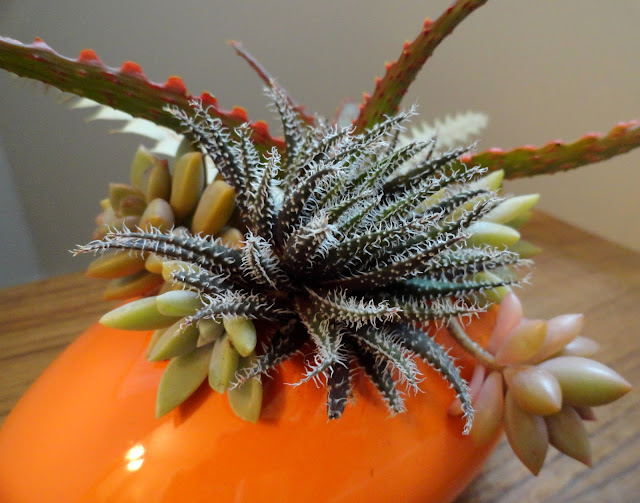 When it was all said and done there was something missing...so I added the dried Banskia leaves. They echo the nubbins of the Aloe quite nicely. 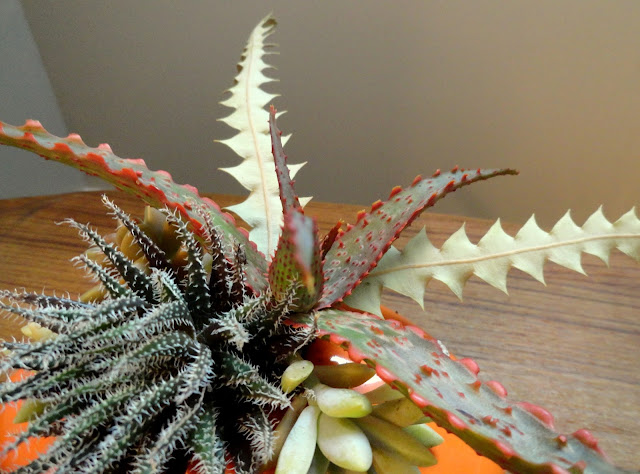 This little vase is living behind our kitchen sink, a bit of the summer garden which keeps me company in the house. 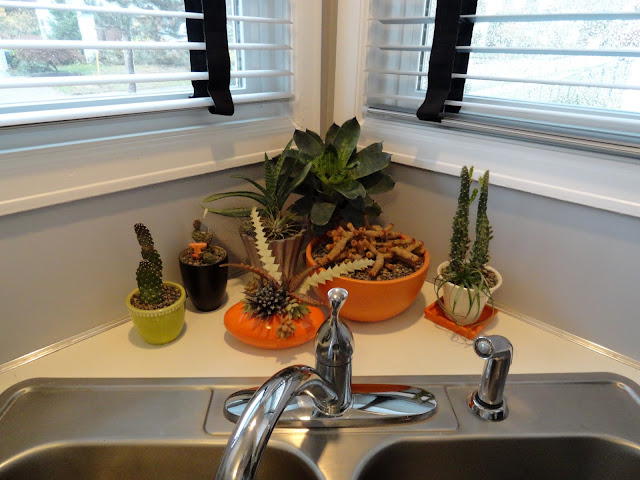 Please visit Rambling in the Garden for links to everyone participating In a Vase, on this Monday. 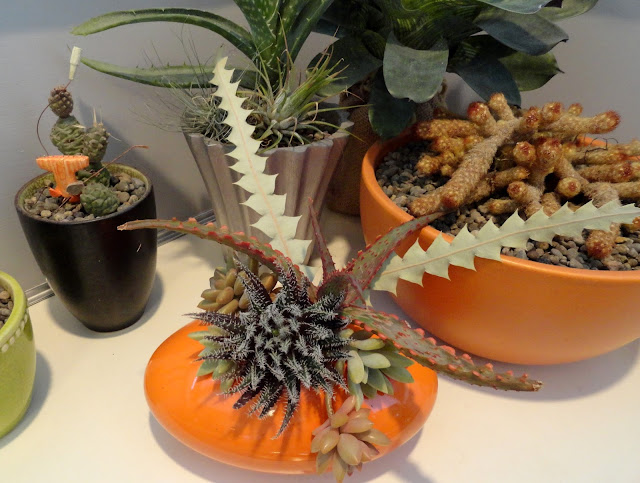 Labels: in a vase on Monday, Succulents