Passionately praying for a late frost...

Look! A bud on my Passiflora jamesonii 'Coral Seas'... 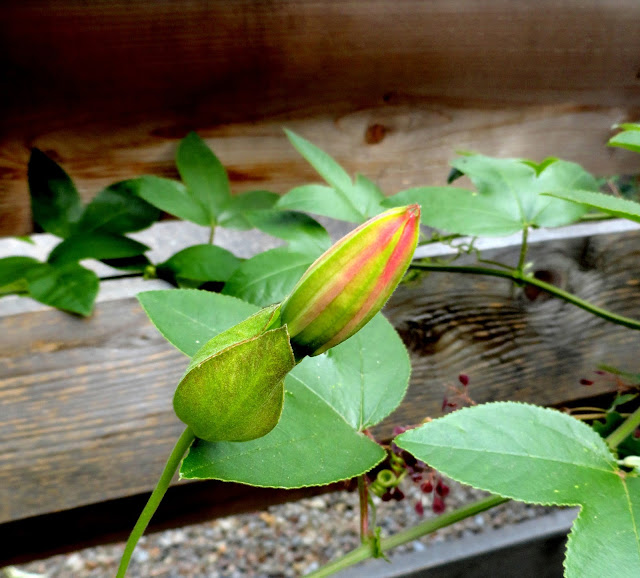 Well it was a bud, then it became a flower. 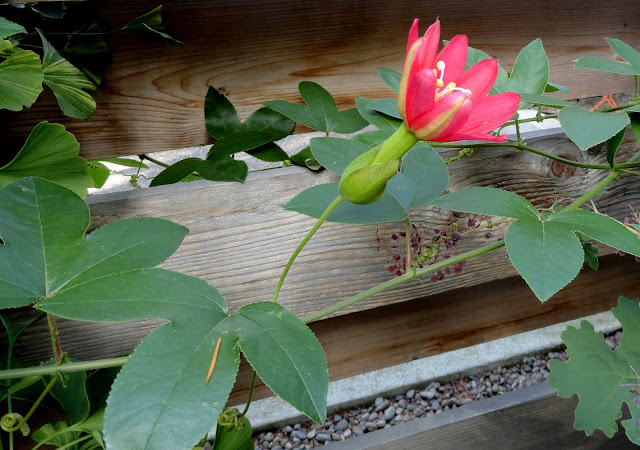 As you might recall back in August I was all worked up about none of my Passiflora blooming this year.Who knew two months later I'd finally have a bloom? 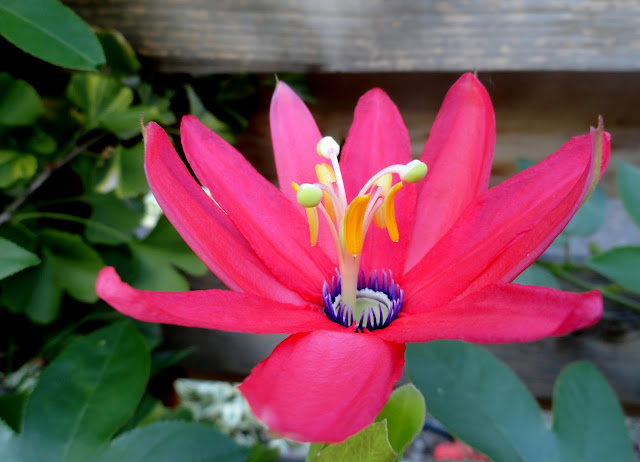 I love the upright blue crown... 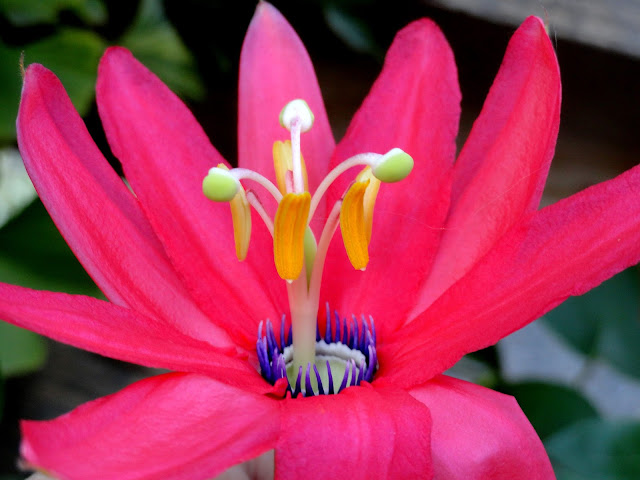 And the long throat (I've no idea if that's the correct term, but you can tell what I'm talking about right?) 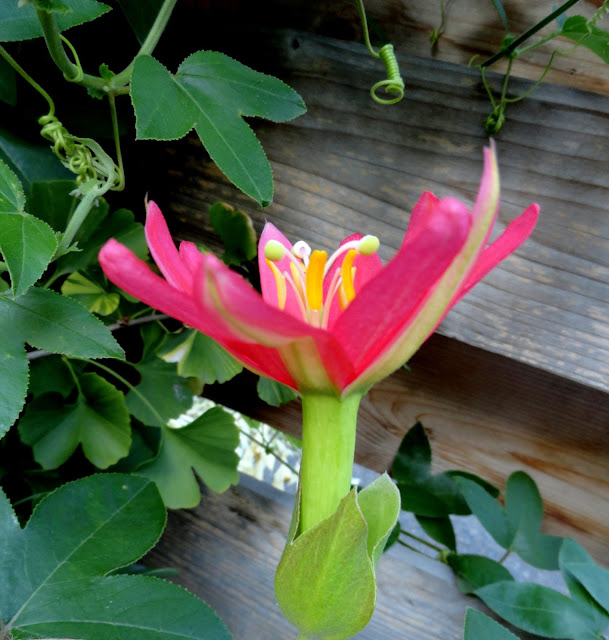 Just imagine how beautiful that vigorous vine would be covered in blooms. 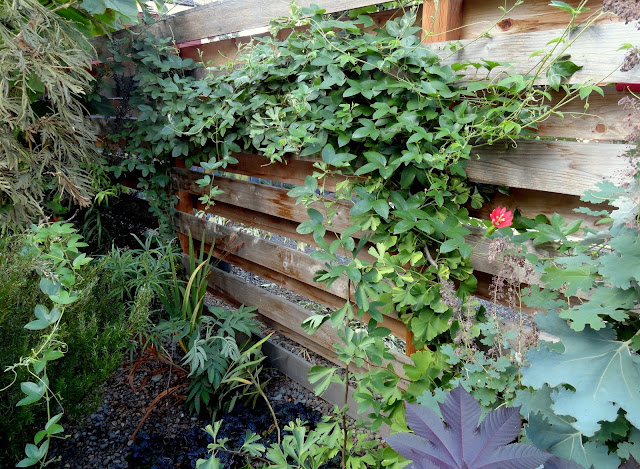 There are more buds. 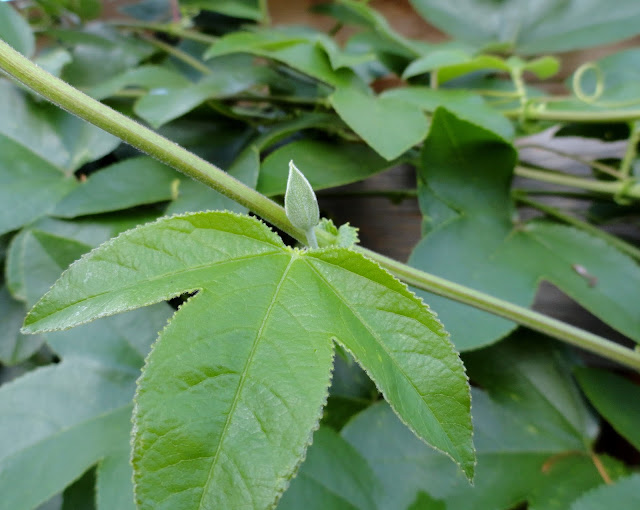 Quite a few of them actually. So if we have a late frost maybe I'll still get a show? I found several possible dates for our first frost, a couple in October (nah), the one I think seems most realistic is November 15th. 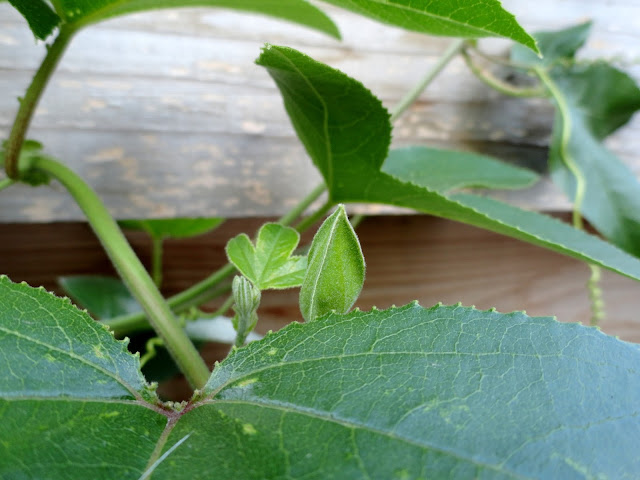 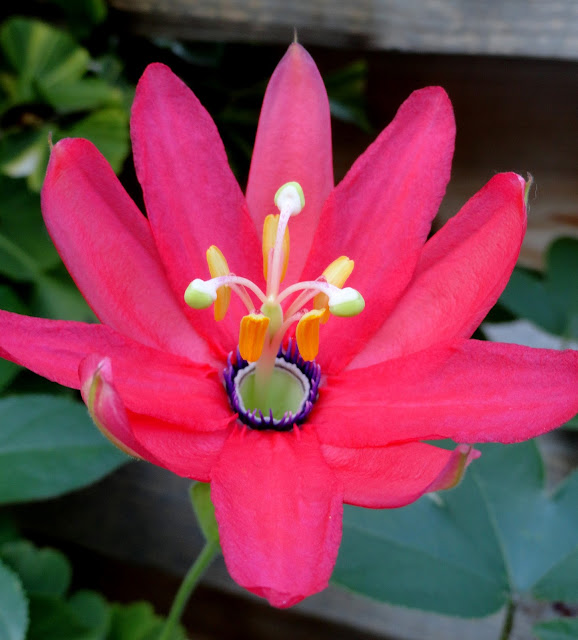 Seems like I remember one recent year where we didn't get a frost until around Christmas, I could go for that. 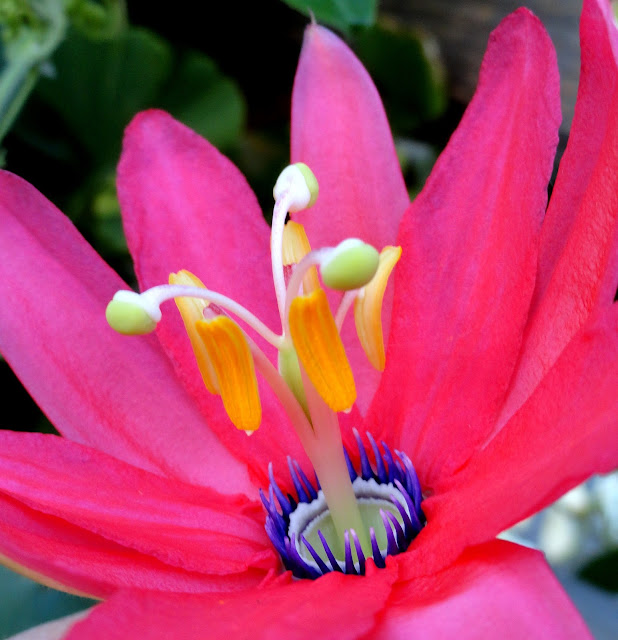 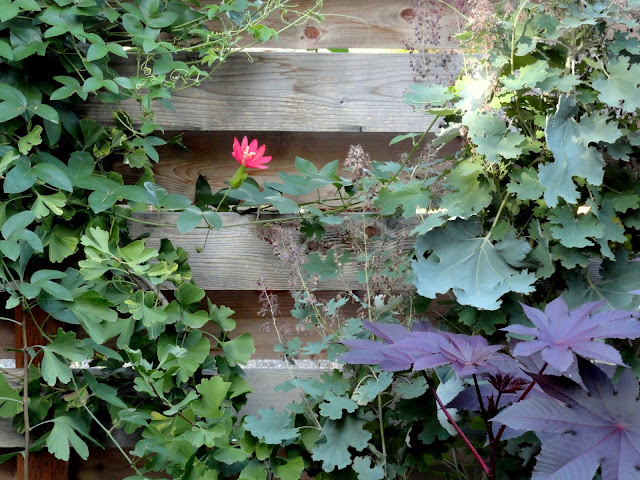 Turns out the Passiflora 'Sunburst' has turned things up a notch or three as well. It's covered in flower buds! 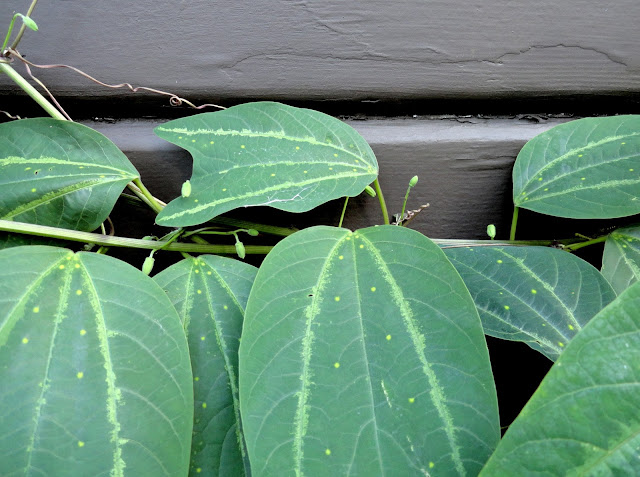 And the leaves are huge. This one is the same size as my hand, not that my hand is huge, but for a Passiflora leaf ya, that's big. 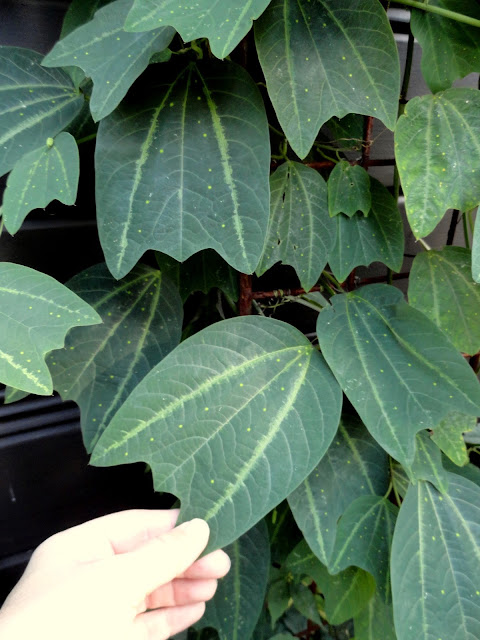 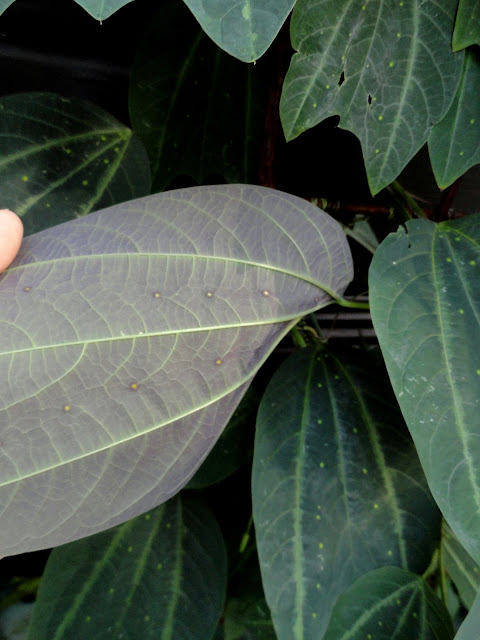 I'm hoping for lots of those orange flowers, soon... 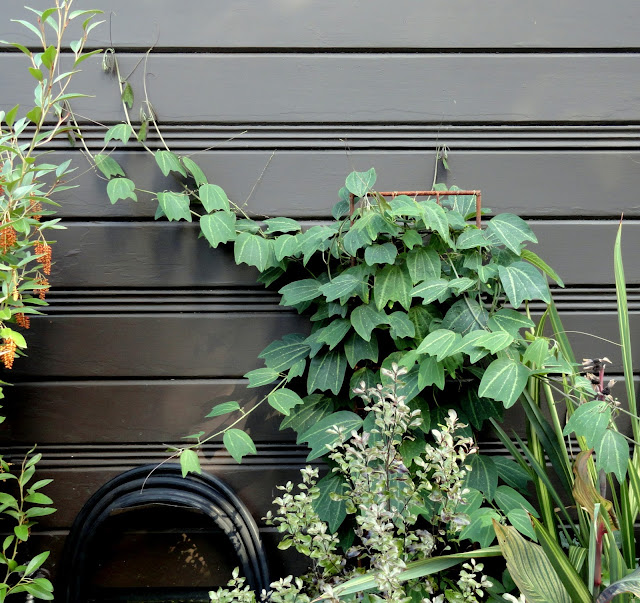 Not wanting to be left behind the Passiflora ‘Lady Margaret’  is finally forming buds too. Looks like it could be a passionate autumn around here... 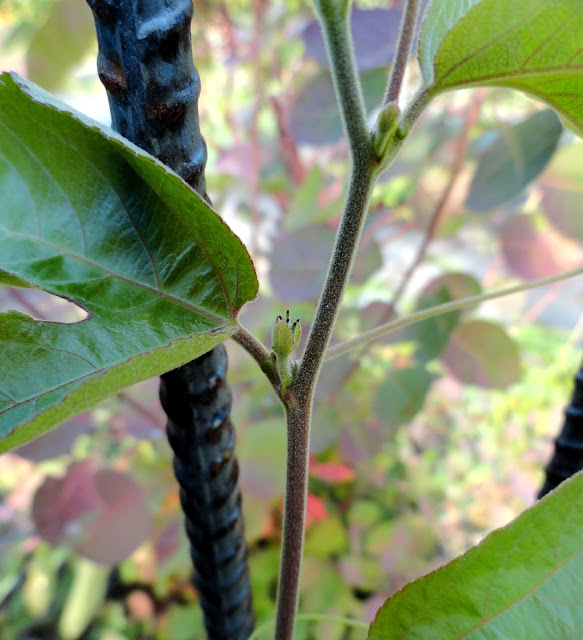