Porch, where shelter and nature converge

Last December, after we visited Seaside Gardens, we stopped at a little shop in Carpinteria called Porch. I've got a soft spot for retail establishments that mix interior and garden and remembered this place from a quick stop in 2009. But they tricked me and had moved! 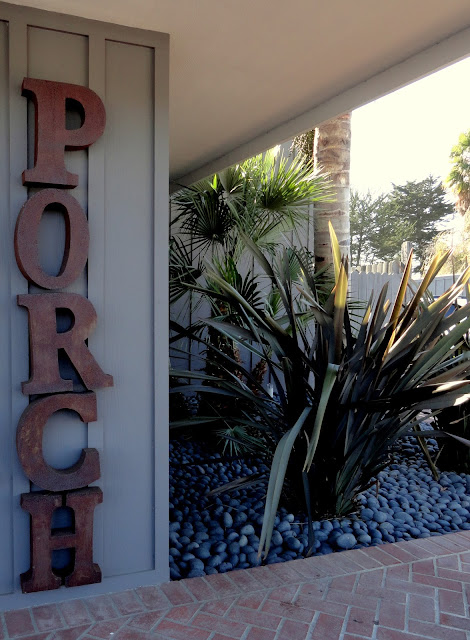 No worries though, their new space is just as cool. 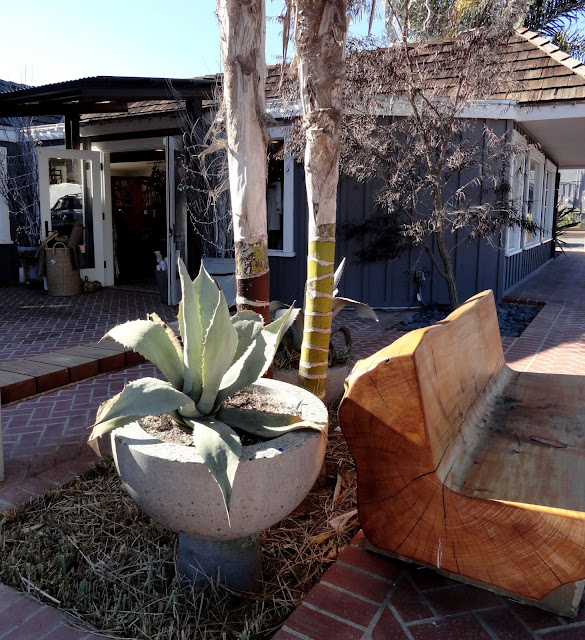 Only in Southern California would you find this sitting outside on December 23rd... 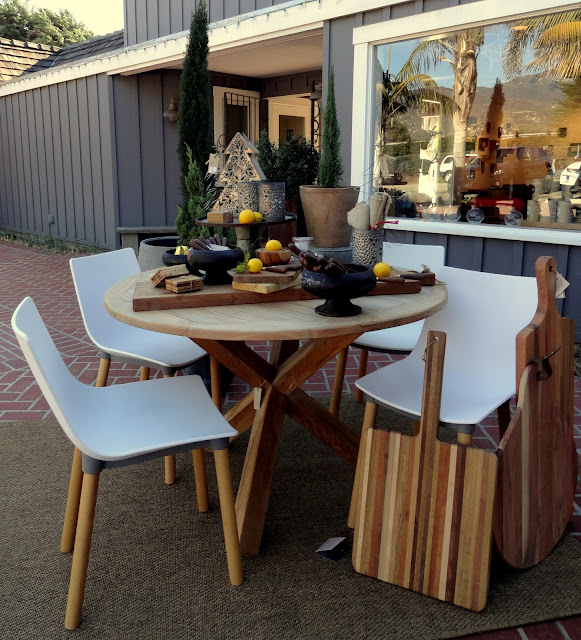 Inside there was just the slightest bit of Christmas cheer (note the "antler" vases). 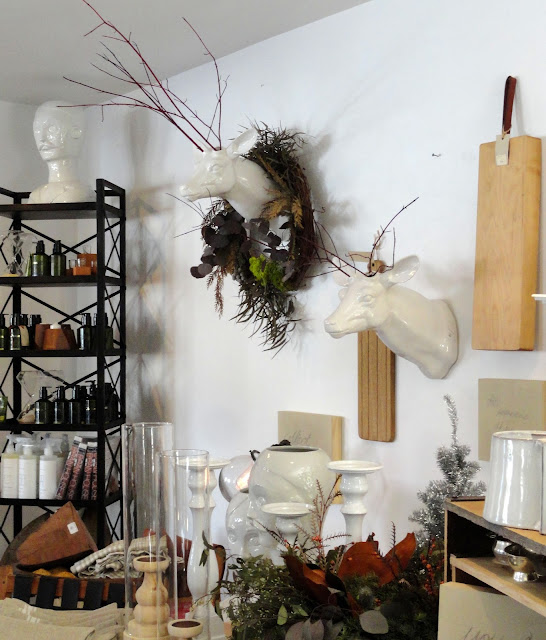 All very natural, not overly played. 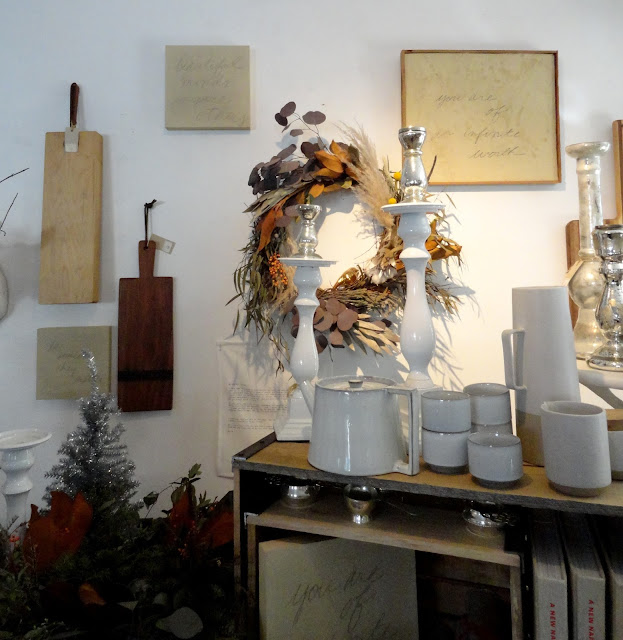 Andrew made a beeline for the gallery corner. 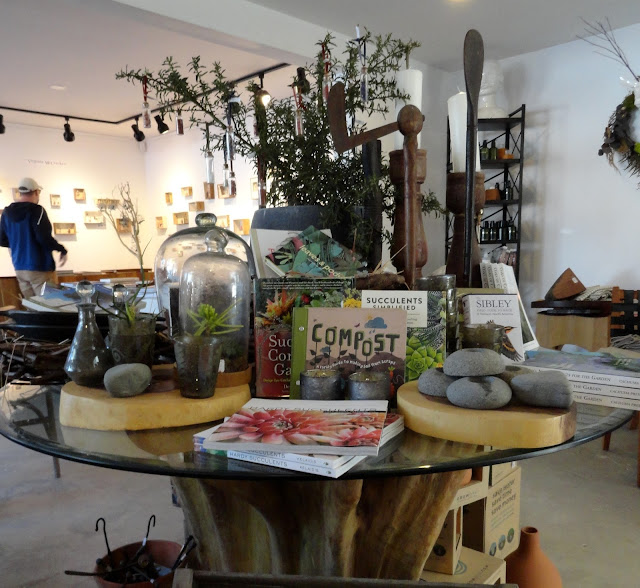 I really wanted this vase... 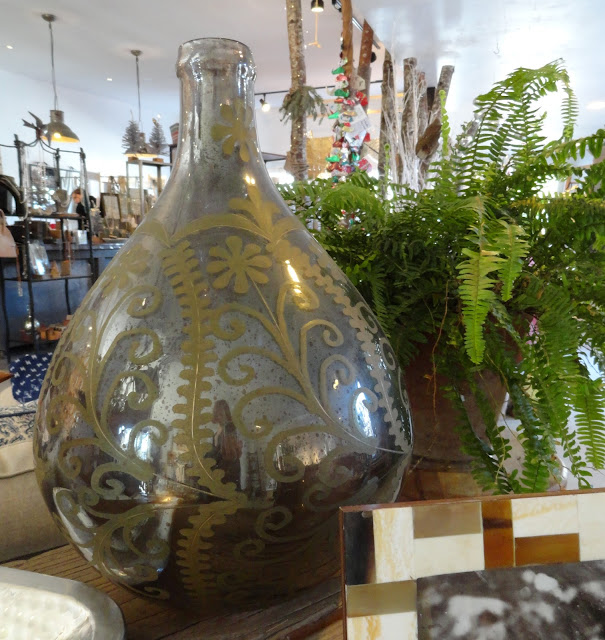 But we both found ourselves outside in quick time. 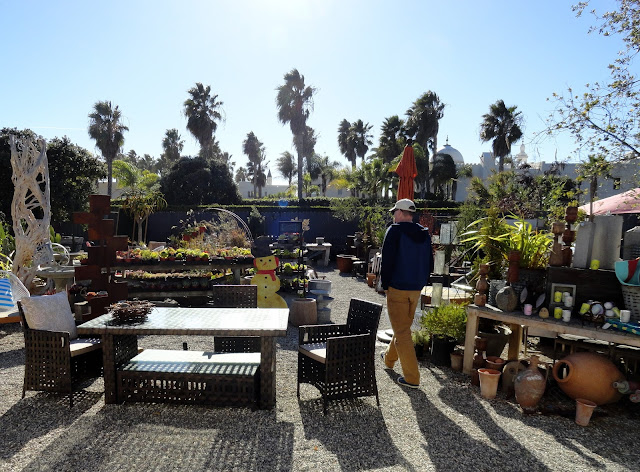 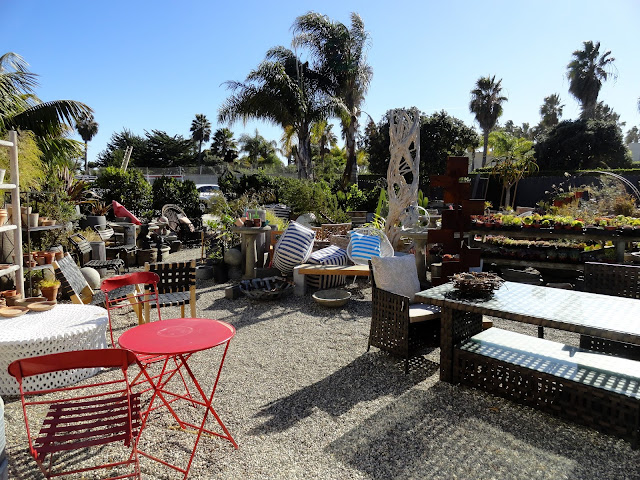 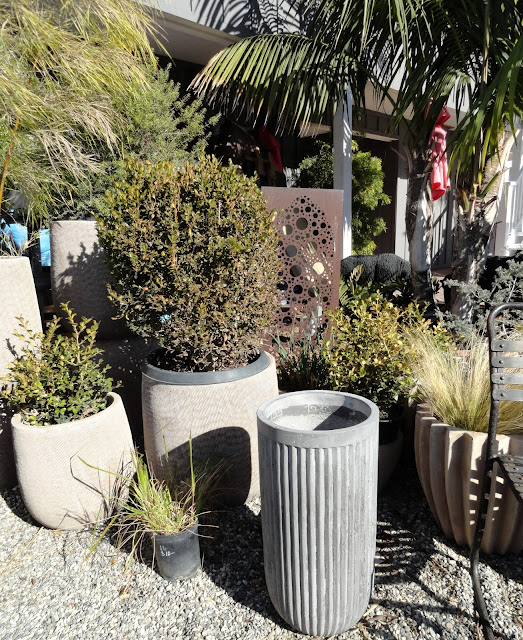 I saw this at Potted just a day or so earlier, still haven't seen one up here in Portland. 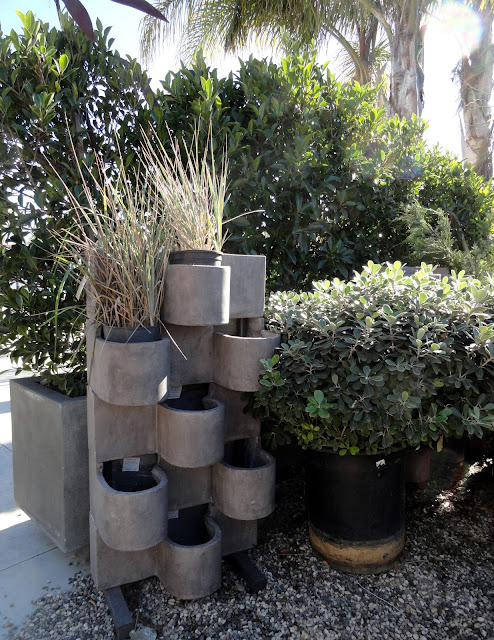 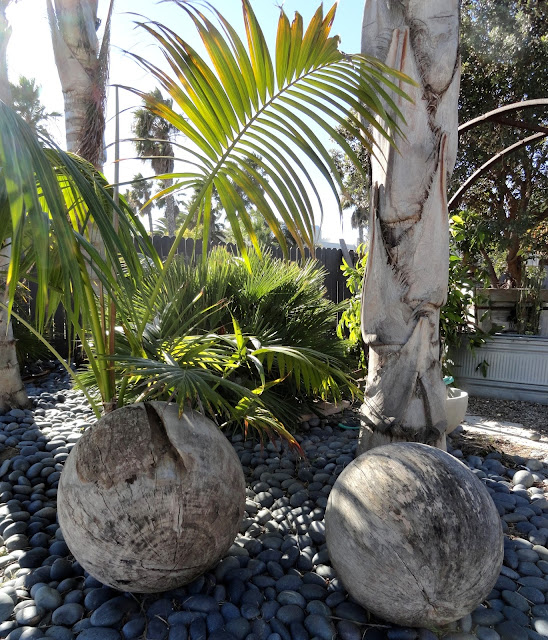 The wind had tossed their taller plants around. 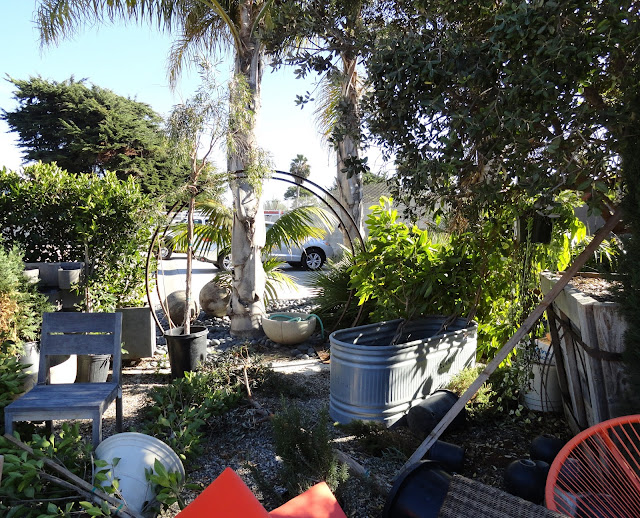 And some parts looked like the move had been recent, and the displays not fully thought out. 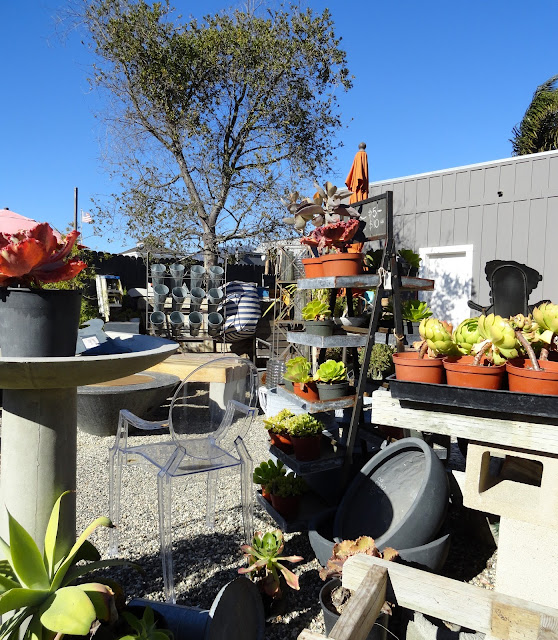 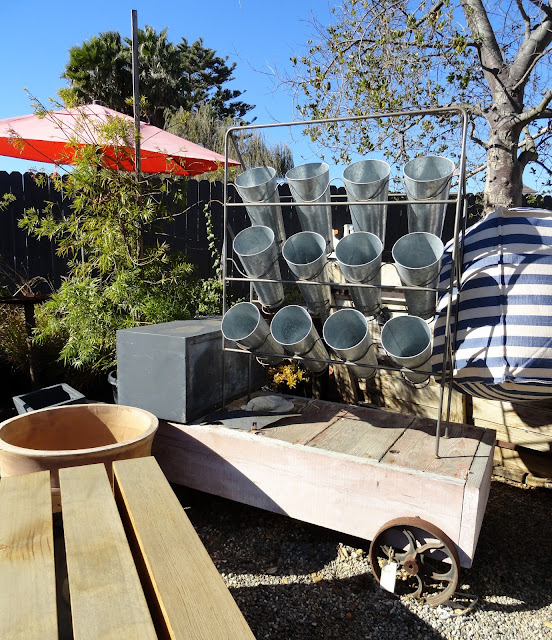 I've never really liked these pebble mats indoors – but outside with pea gravel they're pretty fabulous. 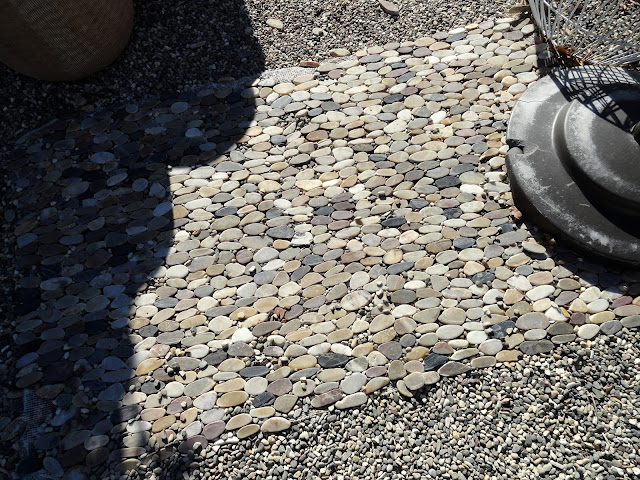 Oh California...you do Aeoniums so well... 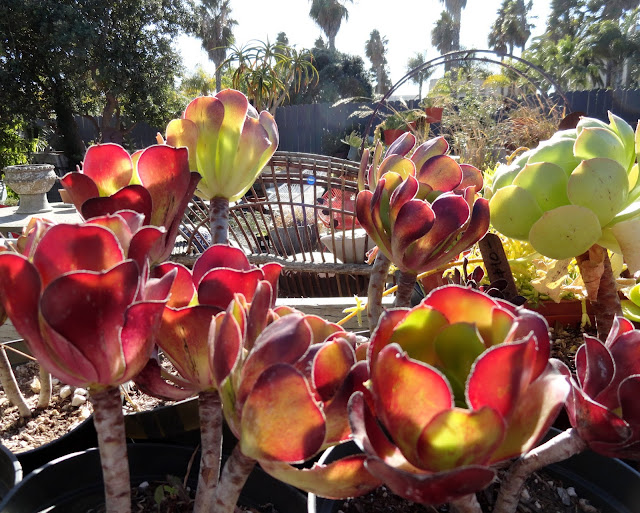 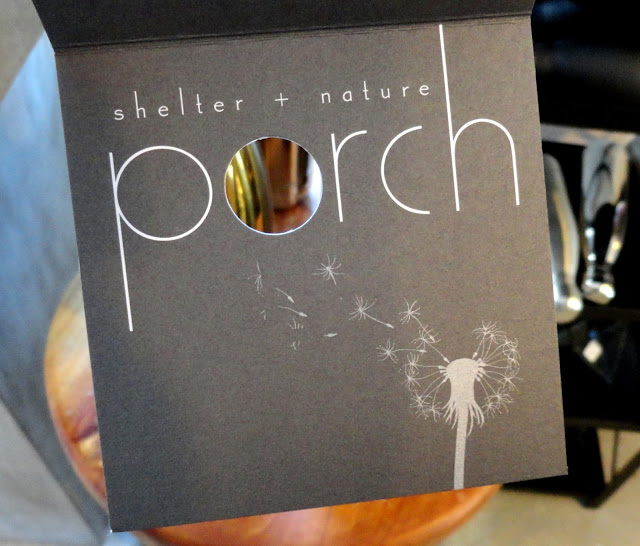