Some of you might remember a previous mention of Anemone Paper Flowers here on the blog. I discovered them when up in Spokane for Thanksgiving, but since they were closed then I vowed to return when I was up that way next. Naturally when I was there last month I stopped by to see what they're up to... 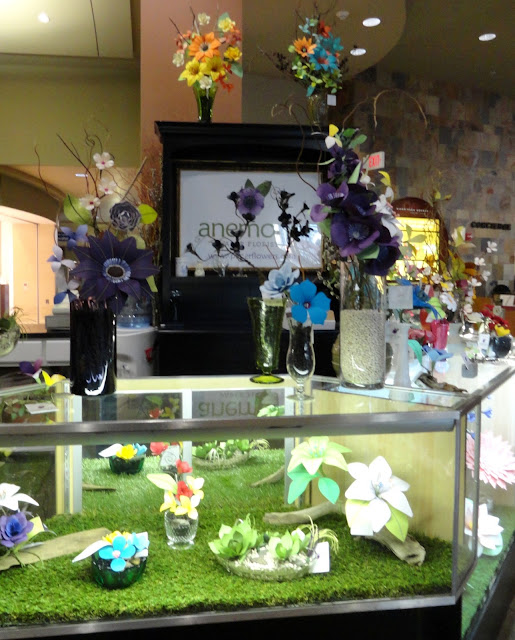 As it turns out they'd since moved and instead of being in a stand-alone retail location now have a kiosk in the downtown mall. 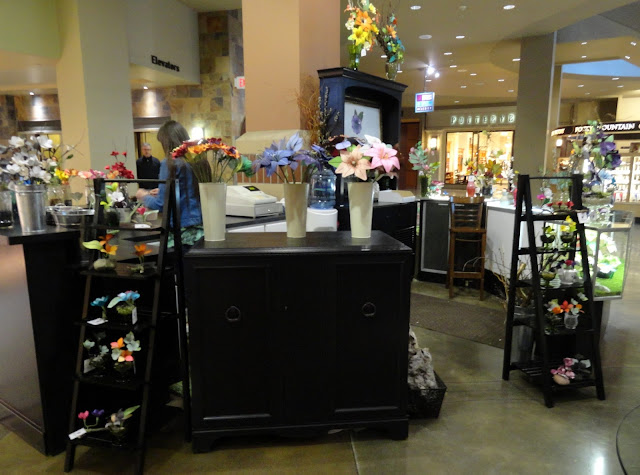 I have to admit at first I was a little saddened by this development, but as I chatted with the sweet gal manning the store (so sad I've forgotten her name) I realized just how smart a move this was for them. 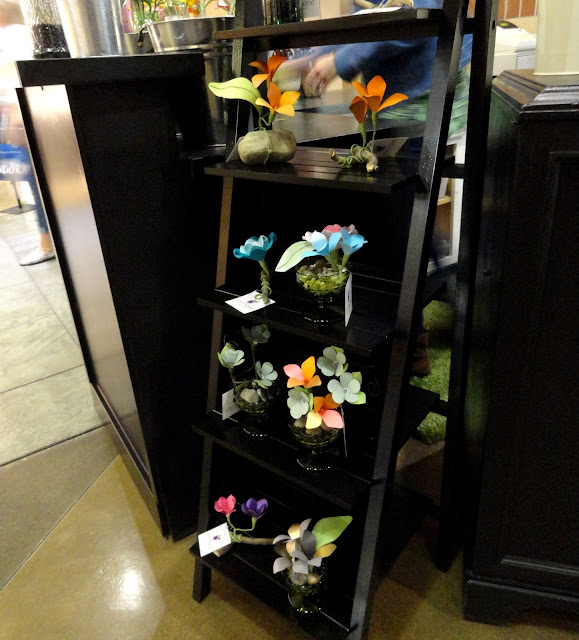 Now instead of just people "in the know" seeking them out they've got a whole entire group walking by and discovering them, Smart! 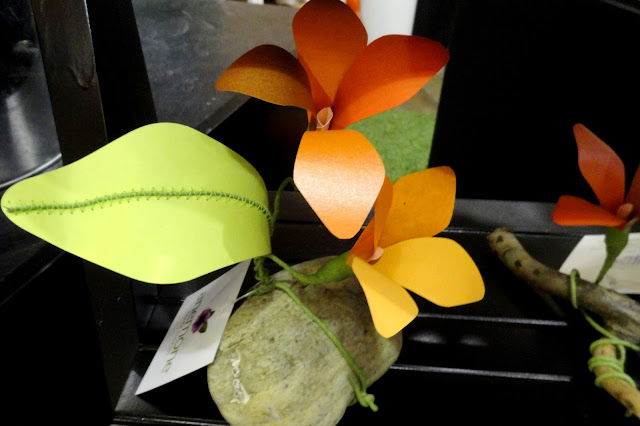 I was told they're just starting to get into making succulents. 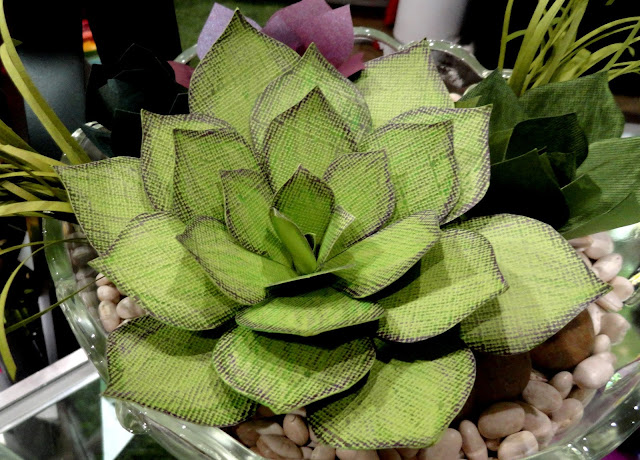 And next up are Tillandsia...I can hear my husband making some sarcastic remark at that idea. He already thinks Tillandsia are basically all nearly dead. What's deader than a Tillandsia? A paper Tillandsia. Poo on him...I think it's a fabulous idea! 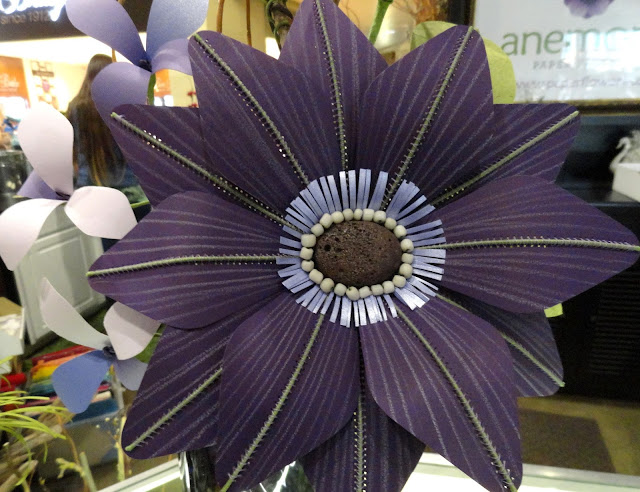 While they still offer classes and custom work, the new kiosk allows the opportunity for spur-of-the-moment purchases. People can be strolling by (a couple on the way to dinner...) and select a stem or an arrangement. 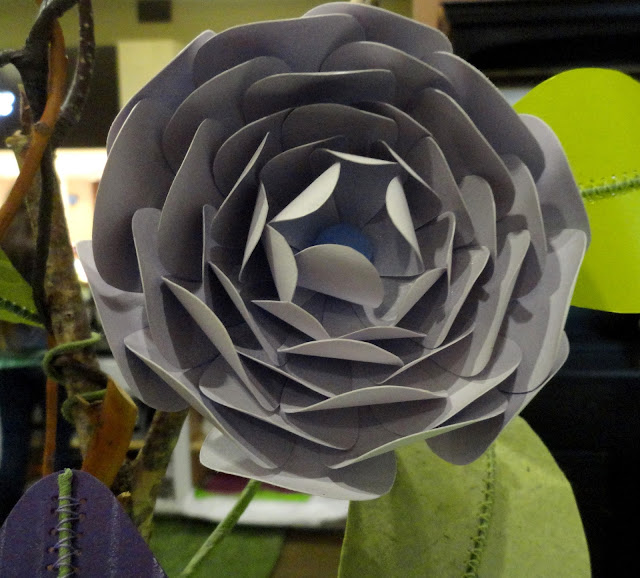 And I'd be remiss not to acknowledge how blurry my photos are. I was in a bit of a hurry as it was my dad's birthday and he and my mom were waiting on me...dinner and drinks were calling! 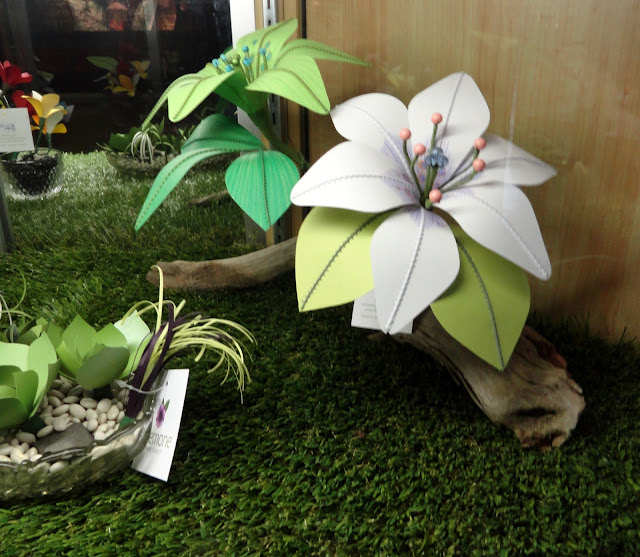 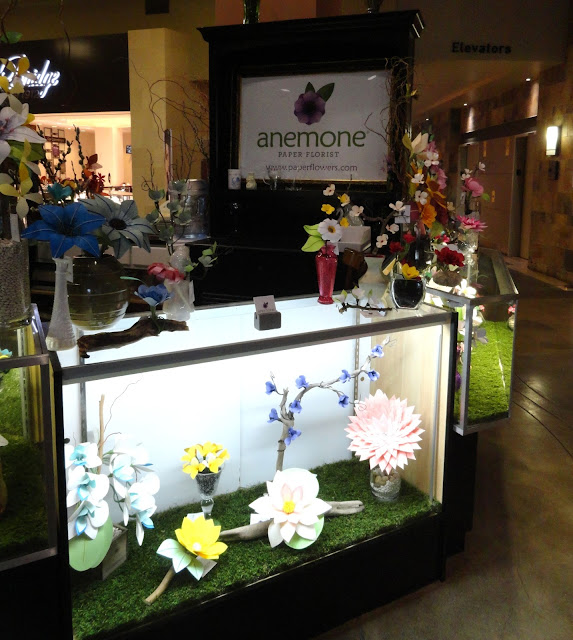 I've dabbled in the making of paper flowers (shared here and here) but these are so beyond what I've got the patience for... 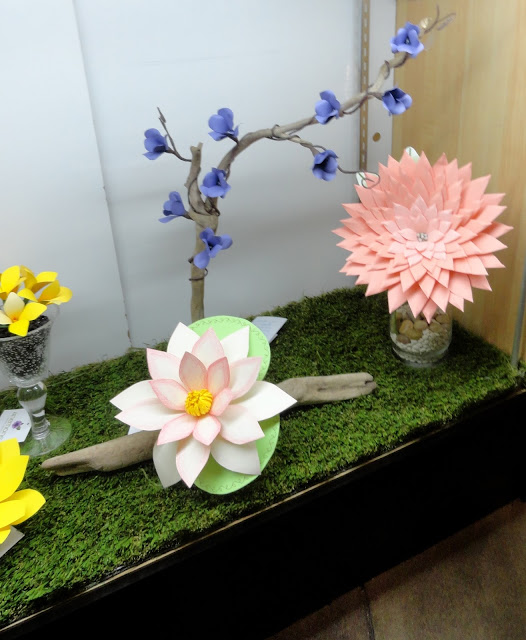 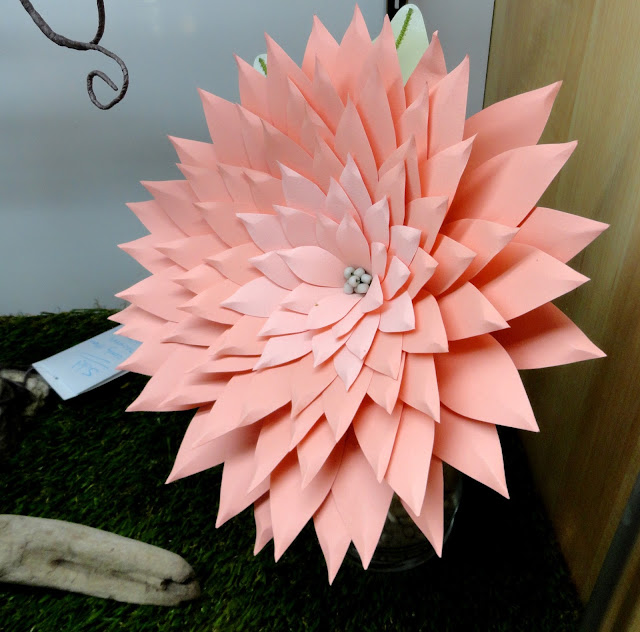 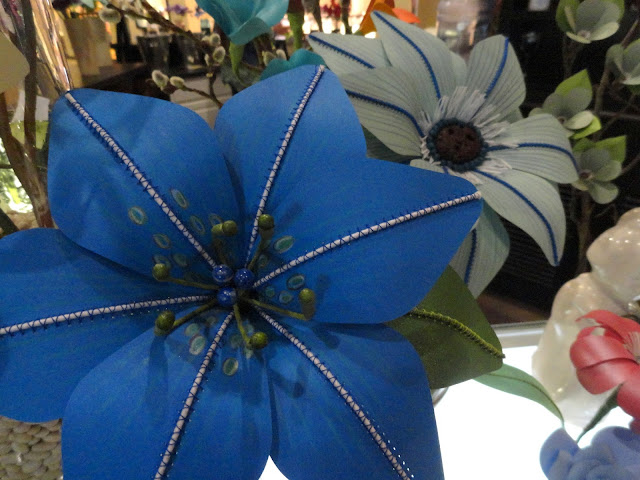 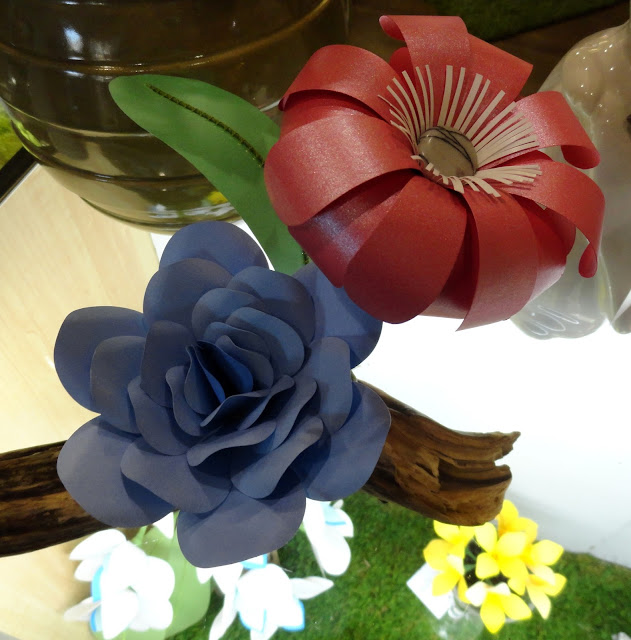 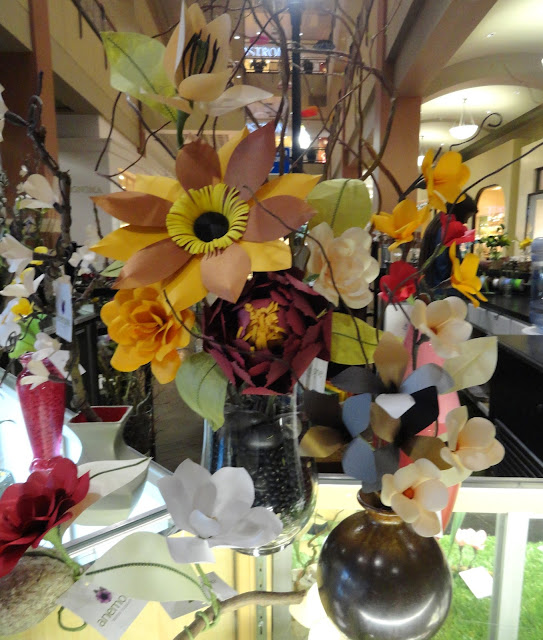 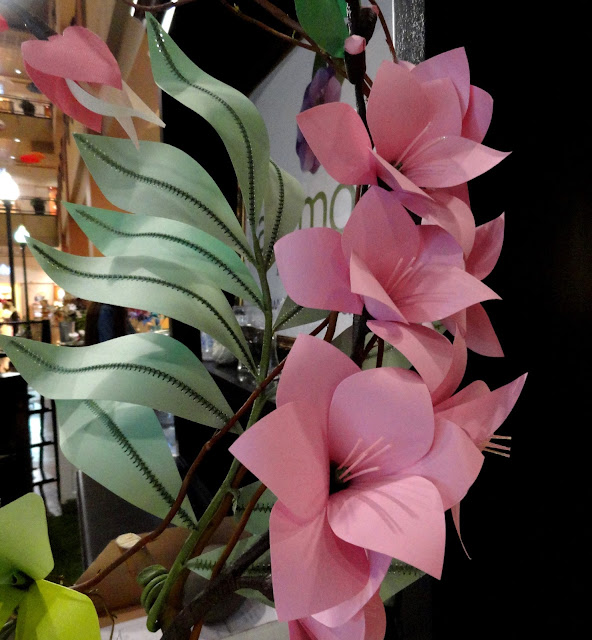 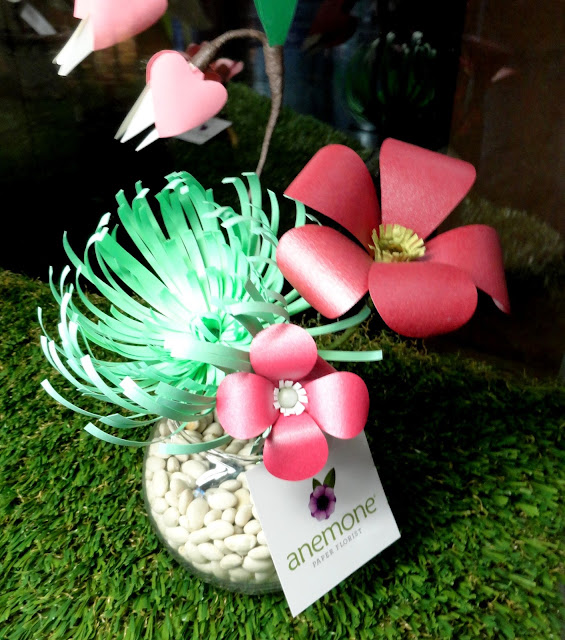 These wrist corsages (on the driftwood) are such a fabulous idea. 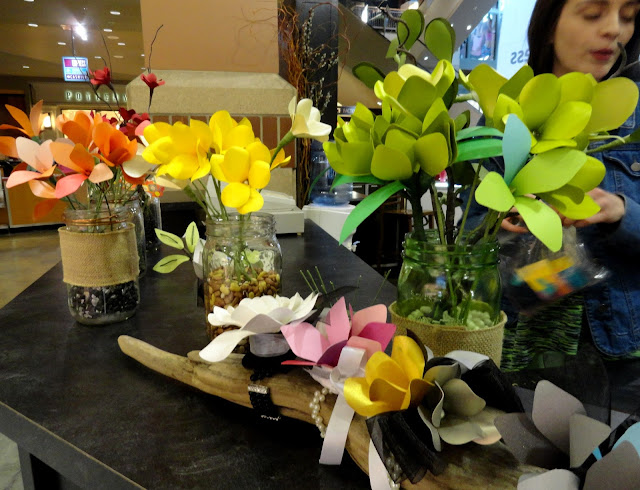 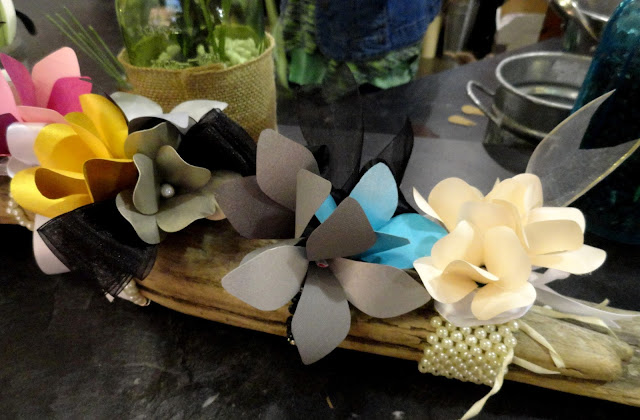 If you're on Instagram you really should be following them (@apaperflowers) and I have to admit to being rather proud that a paper florist in my hometown is so bad ass! 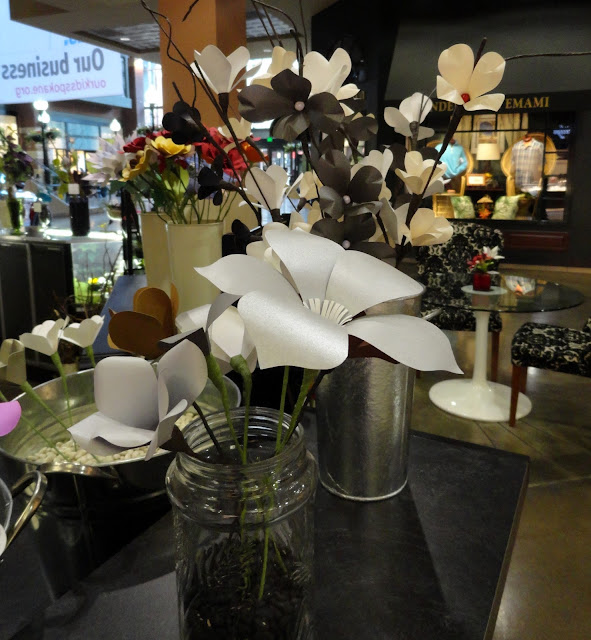