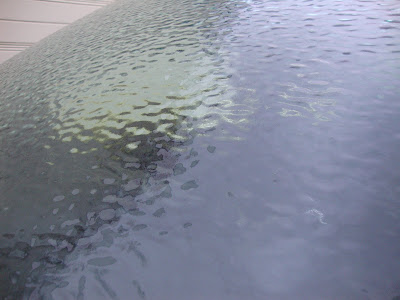 While most of Portland escaped seeing yet another round of winter storm warnings actually come to fruition in my part of town we went to sleep with a thick sheet of ice on everything. I wasn’t worried though, I’d taken precautions and the weather man was saying by midnight things would warm up and it would be in the 40’s.

So imagine my surprise when I went out to get the newspaper this morning (yes, I am old school…I still read the newspaper) and my poor Camellia looked like a horribly splayed arborvitae after a snow storm. Branches were going every which way some almost touching the ground…the thick layer of ice had stuck around and weighed it down. 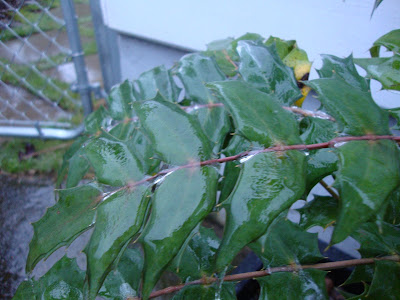 And it got worse, all the bamboo was horizontal, horrifying. But since it was still dark outside and I didn’t feel like attracting the neighbor’s attention shooting pictures with a flash while still in my pj’s instead I went inside and had some coffee and forgot about it. Things were melting and starting to stand up straight when I went back out at 9:00 to take these pictures (that was my car windshield at the top, followed by icy Mahonia leaves above).

The burlap I had tossed over a few things felt like a sheet of glass. 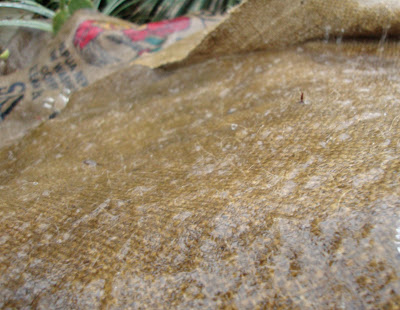 It amazes me watching ice completely cover a leaf, then eventually fall to the ground like a perfect glass version of that leaf. And somehow the leaf is left unharmed (thank god). 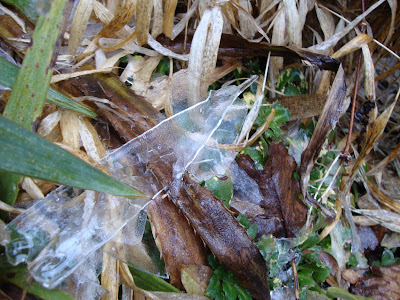 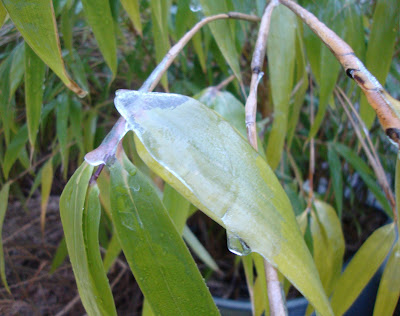 The bamboo finally started to upright itself. 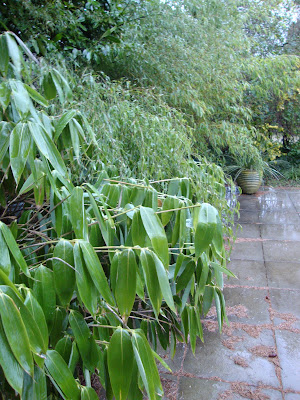 But the palm fronds stayed icy for awhile. 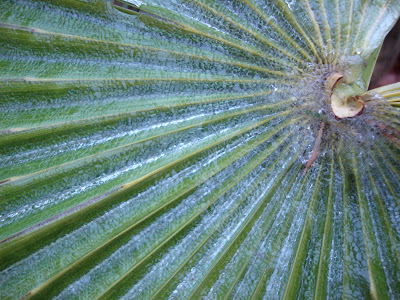 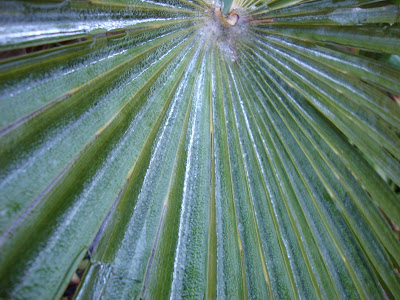 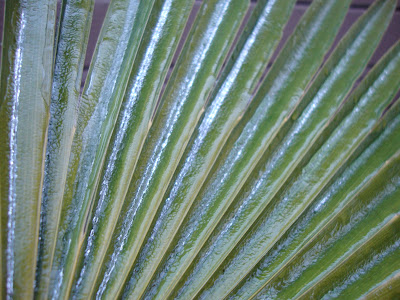 Thank goodness it was a brief event.