A bargain at ¼ the price

When we visited the California Cactus Center in October of 2009 I saw my first variegated Agave victoriae-reginae, and fell in love. 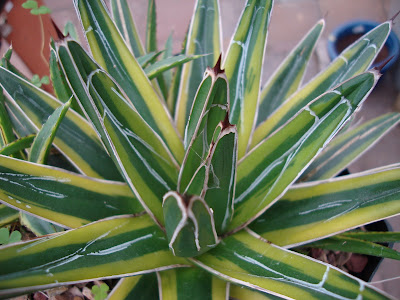 The price? Eighty big ones! It was not to be. As you might remember if you read that post I did however succeed in talking them into separating one of it’s pups and letting me have it for (gulp) $20. The really amazing thing is I left feeling like I had worked a pretty good deal. That's it below shortly after we returned home, right before I planted it. 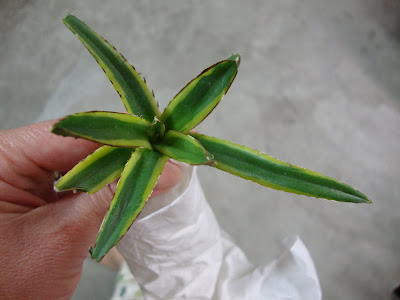 So if I was excited about that just imagine how quickly I scooped up this one for only $5 at City People’s Garden Store in Seattle when I was visiting last month! 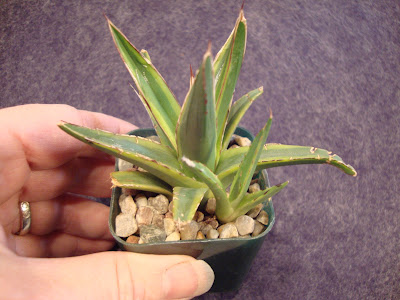 The tag even identifies it as rare, perhaps to rationalize the “high” price? 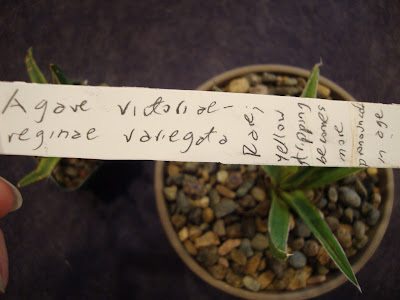 Compare the old (potted) and the new… 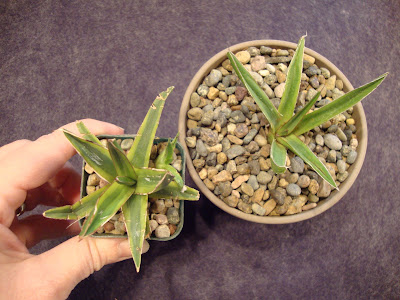 I almost lost the old one last summer (too much spring rain) so I am happy it’s still alive, even happier that I now have two of them (three actually since there is a second little pup in my $5 pot).

Since I seem to be on a bit of a succulent binge I potted up the new one with a couple of less precious succulents from the big box store. 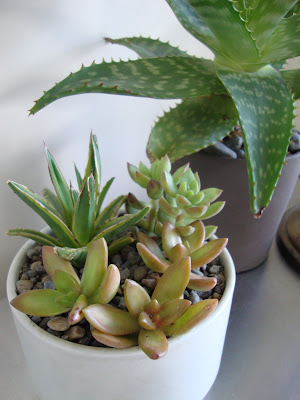 (if you are one of the lucky people who got the new Plant Delights catalogue in the mail this week take a look at page 16. For those of you without the catalogue click here to see their variegated Agave victoriae-reginae, which can be yours! Isn't it a beauty?) 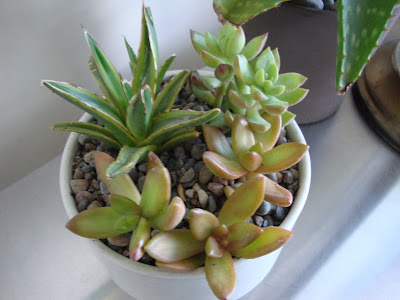 So have you ever spent a relatively ridiculous sum of money on a plant only to turn around and find it elsewhere for much much cheaper? Did you buy the second one or leave it behind?