Stocking up for Spring (an inexpensive agave insurance policy)

I received a blog comment on October 7th alerting me to the fact that the “Retro Choke”, aka Agave Parryi truncata was available at Means Nursery for only $2.88. OMG! If it wasn’t for the fact that I was heading into a week away and that particular nursery is 20+ miles from home I would have rushed right over and bought a few.

Fast forward a week and a half and I happened to have a meeting scheduled yesterday very near Means, maybe I should stop in and take a look. What do suppose the chances are they have a few of these bargain agaves left? Probably not so good, but I had to check. 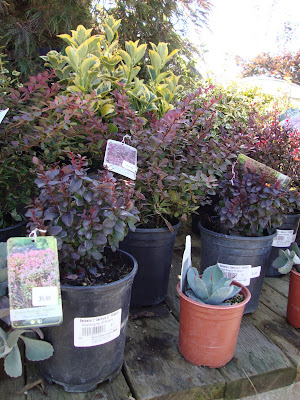 Score! The nursery was bare (of both people and plants) but as I walked up to the front table there was one last little A. Parryi truncata, and it was mine! 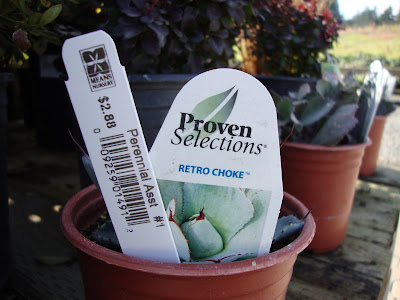 I had to look around, what if there were more?

But like I said, the place was empty; I’ve never seen it like this. The green houses were locked up. 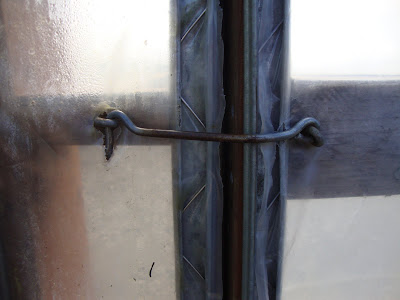 And bare wood of the tables was exposed. Usually covered with plants it was a little startling to see them like this, a sign of the times I suppose, the calendar times, not the economic ones. 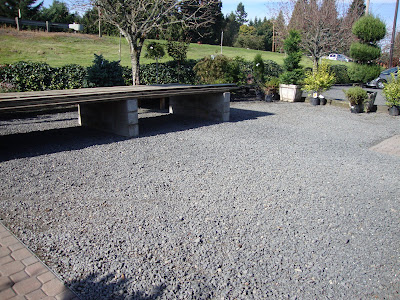 If you didn't know better the sunny warm day could almost trick one into thinking the gardening season was still in full swing. 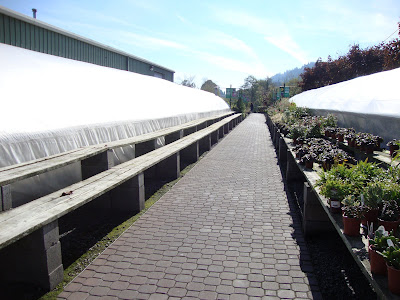 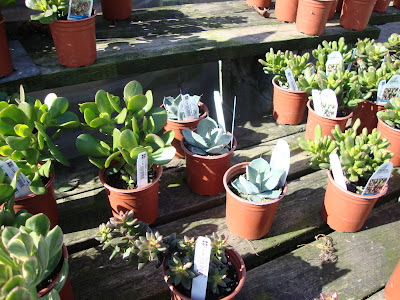 So for the bargain total of only $11.52 I have four little agaves that will be over-wintered in the basement “greenhouse” as replacements for the possible loss of my agaves planted in the ground. It’s like an agave winter insurance policy, I’ll sleep better knowing I’ve got it. Thanks eeldip for the tip! 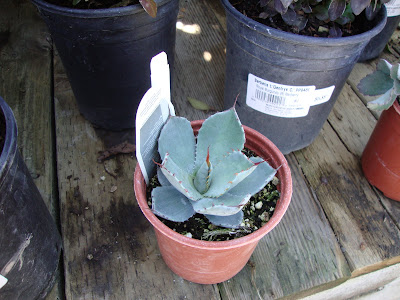