About this time last year we were returning from plant paradise, two weeks touring through public gardens and nurseries in California. For the 2010 version we spent a week gong the opposite direction…north…a night in Tacoma, WA, then on to Vancouver B.C. for a few days, and a night in Seattle, WA, on the return. I’ll willingly admit the sights weren’t quite as jaw-dropping, but we still had a fabulous time, after all a vacation is only as good as you make it, right?

The places we visited included the W.W. Seymour Botanical Conservatory in Tacoma; the UBC Botanical Garden, Southlands Nursery, VanDusen Botanical Garden, and Bloedel Conservatory/Queen Elizabeth Park in Vancouver; and Ravenna Gardens, and the Conservatory at Volunteer Park in Seattle. Thanks to the ease of digital photography I managed to snap many more photos than I need to tell the story, so I’ll be spending a few days working through the numerous images, culling the good from the bad before I am ready to share them. 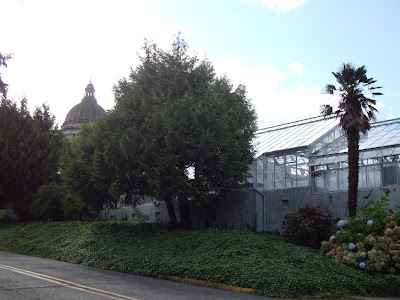 In the mean time I'll share one of the unexpected discoveries of the trip, a conservatory in Olympia, WA (above). Washington is my home state (the majority of my years lived were in the Evergreen State, and I will always consider myself a Washingtonian) and my husband’s adopted state. We’ve driven through the capital in Olympia, on I-5, many times but never stopped. I’d toured the capitol buildings on a family vacation as a child but all I really remembered was smashing pennies during the tour of the Olympia Brewery, and since my husband had never seen it, we decided to stop. 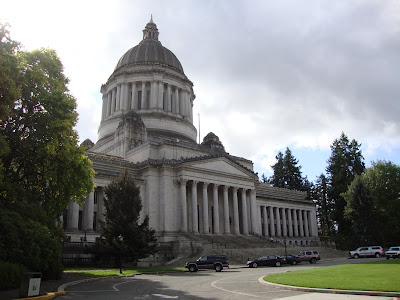 The government buildings were impressive but I was really excited when I caught a glimpse of what looked to be green house, just beyond. Could it be that there was an official state conservatory!? 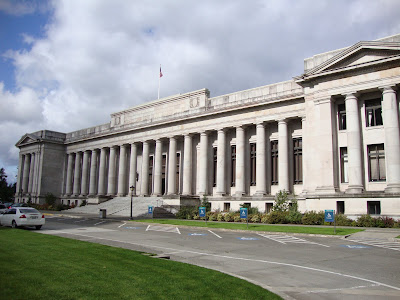 Yes and no. I’ll never see the treasures inside the greenhouse (built in 1939) as the building permanently closed on September 5th 2008. 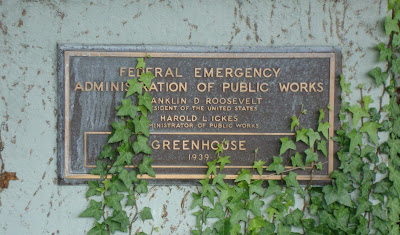 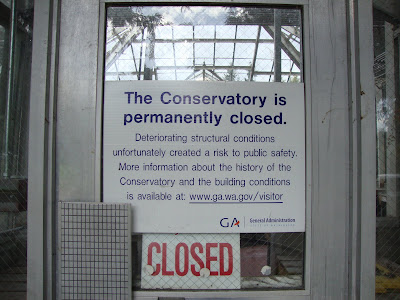 From the official website referenced on the sign above… “The Conservatory was constructed using grant money provided by the federal Public Works Administration. This Depression-era program created jobs by providing federal funding for construction of public buildings, bridges and dams. The Conservatory was designed by Joseph Wohleb, a prominent Olympia architect. At one time, the Conservatory featured nearly 500 varieties of tropical and desert plants from South America, the West Indies and Madagascar. And at the height of its operation in the 1950s, more than 70,000 flowers were raised in the Conservatory annually for planting on the campus grounds.” 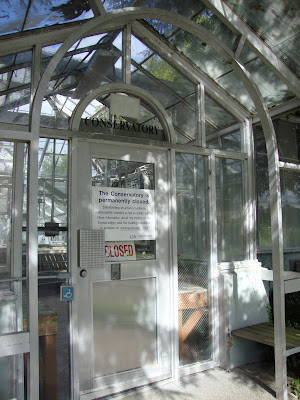 The website goes on to say “the two-story concrete structure was built on top of loose fill material, instead of stable soils. This has caused the building foundation to settle over the years, by more than a foot in some places.” 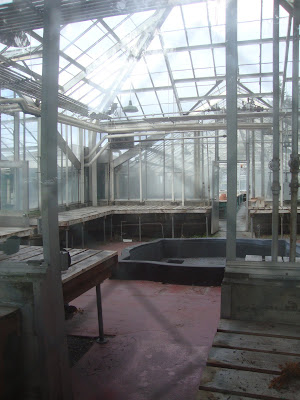 It was a little depressing. Seeing this wonderful structure just a stones through from the Capitol Building setting empty. Completely deserted, what will they do with it? What fabulous plants were once growing inside?

And how happy would my collection of agaves be in there over the winter? If only…