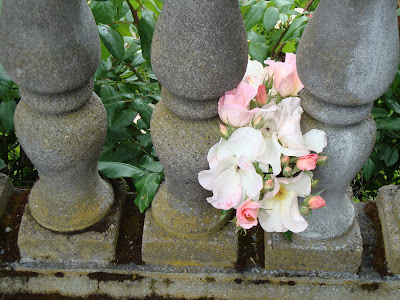 I am no fan of roses, they’ve never appealed to me. I don’t particularly care for the flower, a dozen roses is a gift my husband would never dream of giving me. But the plant itself is even worse. They are just so unattractive, something that is better hidden. Like the framework behind a beautiful stage production. 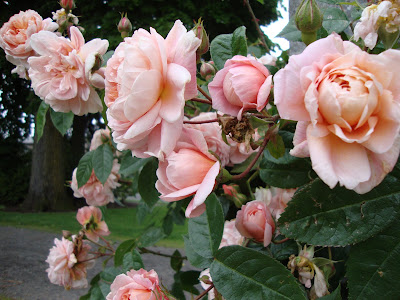 Rose ambivalence aside, Peninsula Park in NE Portland has always held a special place in my heart. Maybe because it was close to our first (rented) home in Portland or because it’s where we first saw a Chug (Chihuahua + Pug) and fell in love with the crazy odd dog mix that we would go on to adopt. Or (knowing me) it’s more likely because this rose garden is not THE Portland Rose Garden, it’s kind of a forgotten gem, or the ugly step sister, and I love the sunken garden aspect of the park. 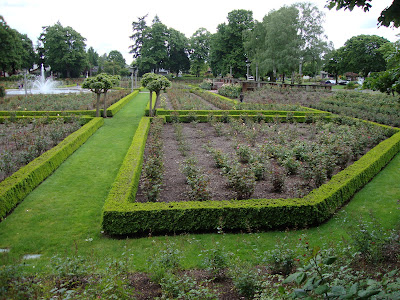 Rather than try to explain the history behind the park I thought I would just leave it to the experts from the City of Portland Parks and Recreation Website:...“Peninsula Park is a good example of a formally designed neighborhood park, typical of the early 1900s. It includes the city's first public rose garden and first community center, a historically designated bandstand, and Portland's second oldest playground." 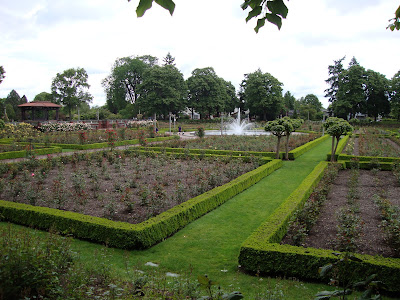 "The park was purchased by the city in 1909 for the sum of $60,000 with funds raised in a 1908 bond measure. Originally owned by local businesswoman Liverpool Liz, it had been the site for a roadhouse and racetrack for quarter-mile horse racing." 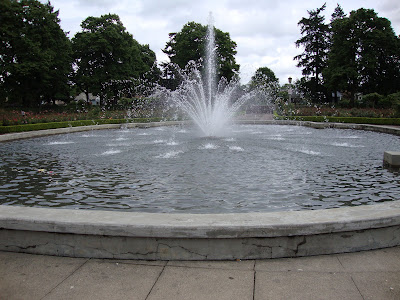 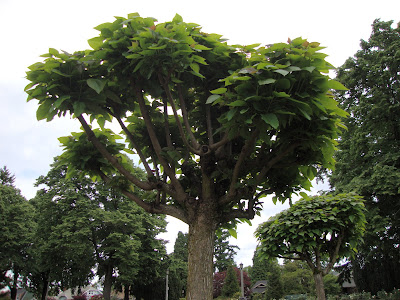 "The rose garden, designed by Emanuel L. Mische, is one of Portland's most beautiful formal rose gardens, with 8,900 plantings on a two-acre site. Visitors are greeted by magnificent plantings of 65 rose varieties which border the steps leading to the sunken rose garden, the only one in Oregon. The rose garden was the showplace of its time, with 300,000 visitors in the first year alone. The official Portland rose, named Mme. Caroline Testout, was cultivated in the garden. Once planted by the thousands along the streets of Portland, this rose earned Portland the name 'City of Roses.' In 1913, floral enthusiasts selected Peninsula Park as the location for an annual rose show. In 1917, Washington Park on Portland’s west side was selected as the site of the International Rose Test Garden and most of the rose show activities were moved there." 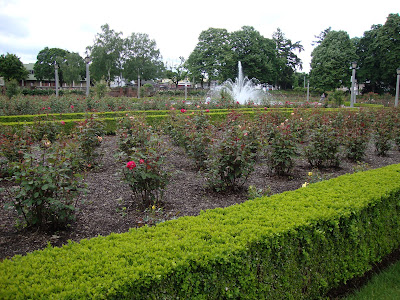 "The octagonal bandstand overlooking the rose garden was constructed in 1913. It was used for World War I patriotic demonstrations and is now the site for many summer weddings and concerts. This wonderful gazebo-like structure is a National Heritage historical structure and was designated a Portland Historic Landmark in 1973. It is the last of its kind in Portland.” 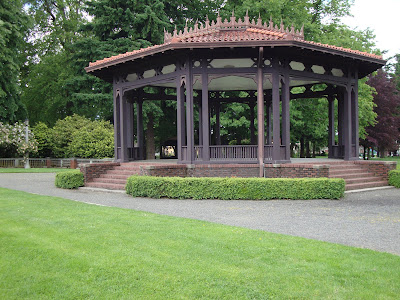 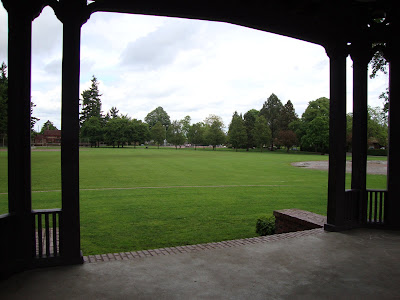 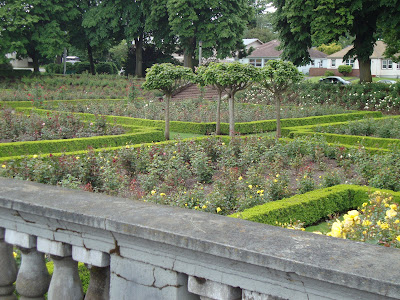 ...and speaking of roses…the annual Portland Rose Festival is now entering its last week of events, culminating on Saturday with the Grand Floral Parade and the finale of the dragon boat races on Sunday. 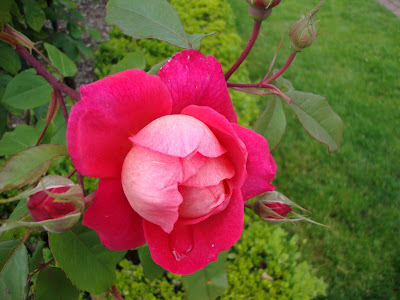 Not that I’ve ever actually taken part in any of the festival events, except gawking at the fleet when they arrive. For some reason I absolutely love the sight of these big ships parked along our waterfront. It puts everything into perspective. The ships arrived last week, but I didn’t get any pictures. These show the fleet that visited Portland last year (although the skies look suspiciously like this year) and were borrowed from a fellow Portlander named Jeffrey, I stole them from his blog. I hope you don’t mind Jeffrey. 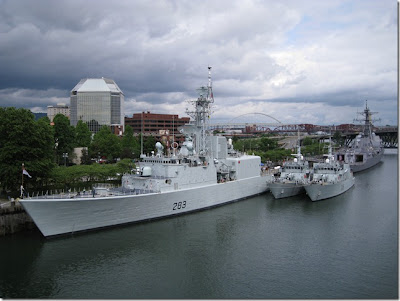 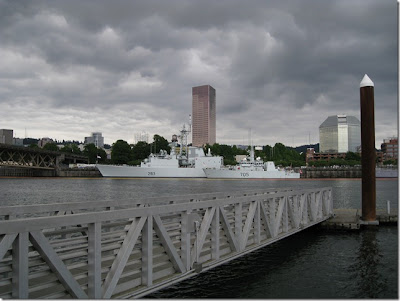 I wonder…are there cities that have Agave festivals? Or Aloe parades? Maybe the annual Cactus Days?