The strange and the beautiful at RPR

I recently had an unexpected opportunity to visit one of my favorite places, Rare Plant Research in Oregon City. They were open for a day in June…unusual because they normally only open to the public 1 weekend a year, in May. 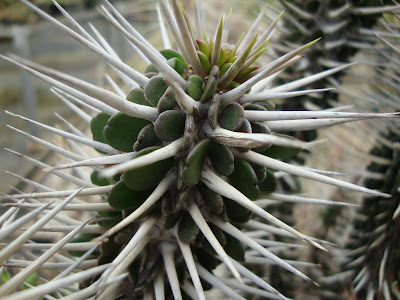 This was a great visit for a couple of reasons, mainly because went with a friend who had never been. I’d gotten a bit jaded, having walked through these greenhouses each spring for the past several years I’d gotten used to seeing the strange and the beautiful. To be there when someone else sees it for the first time was really fun. 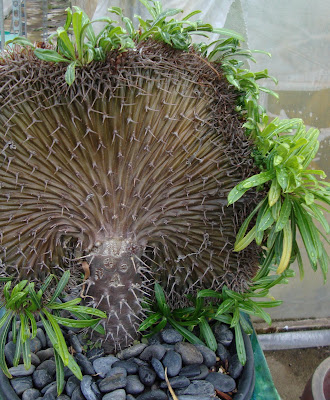 This visit also stood out because it was later in the season, the leafy tropical things were the show-off’s this time rather than the spiky plants. The Eucomis, or pineapple lily’s were blooming. 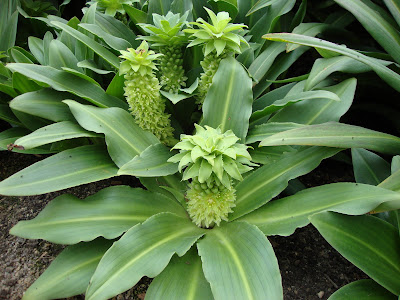 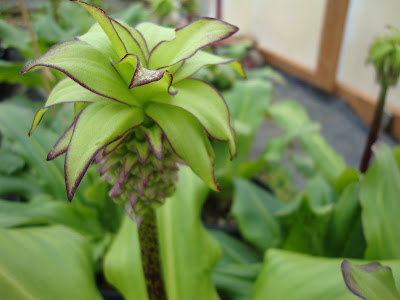 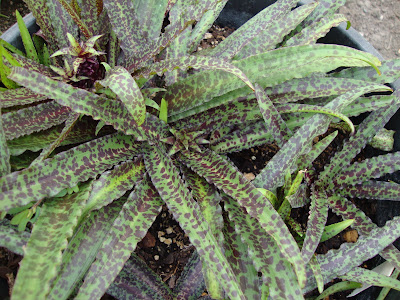 Someone (MulchMaid was it you?) told me about propagating Eucomis with leaf cuttings. Here we have a visual of it in progress; I think I will have to give this a try. 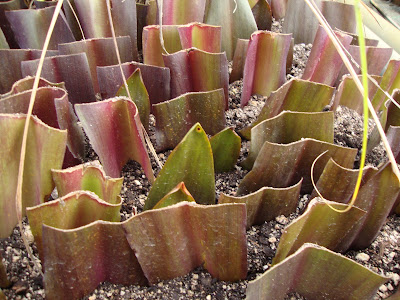 If money were no object… 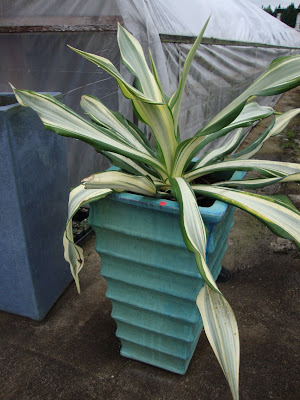 That fabulous Furcraea and the turquoise pot would be mine. 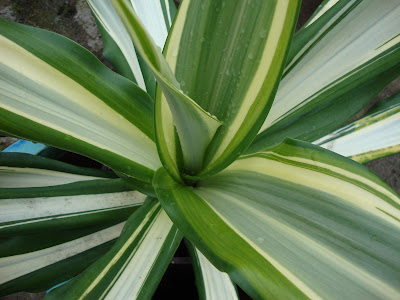 So many colorful leaves! This one is a Musa 'Siam Ruby' not all the leaves were split like this. Wouldn’t it be cool if they were? 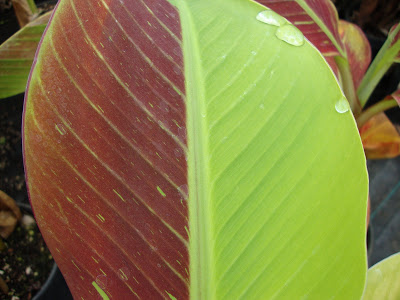 Canna 'Stuttgart' (below). I bought one of these years ago, and mine have never looked this good. Figuring out the right amount of light (to much and the leaves burn, too little and they stay small and insignificant) seems to be the trick. These were striking. 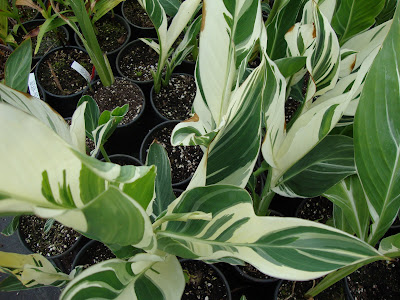 Just when I thought I’d overcome my lust for Cannas I had to run into these colorful green and red leaves. 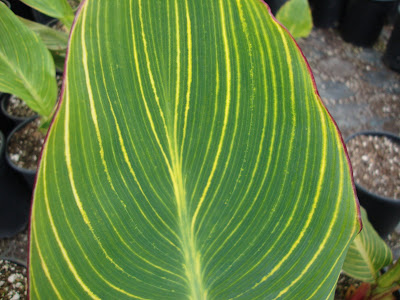 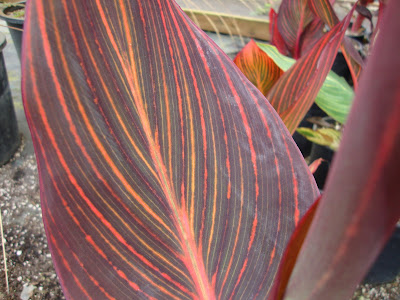 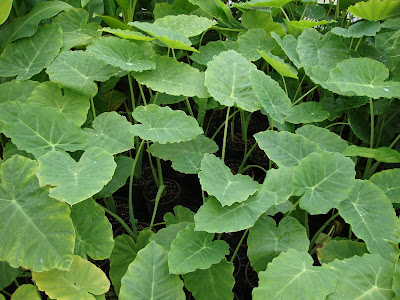 And this small plant caught my eye. I have no idea what it is but I really loved the little leaves on the edge of the leaves. 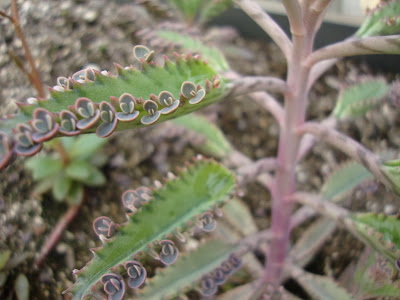 Have you ever heard of Araeococeus flagellifolius? It’s a Bromeliad! 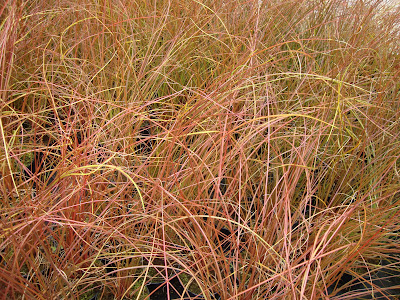 The most interesting thing about this plant though is right at the base…are these berries or seeds left from last years flowers? 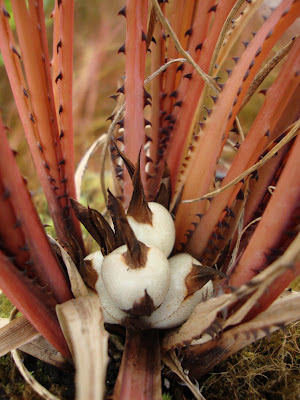 Of course I had to bring home a couple of things. Since I am still mourning the loss of all my giant Colocasia from last year I got a replacement… 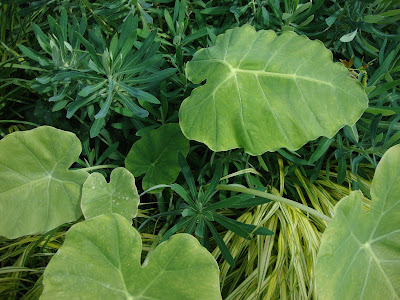 And because I couldn’t resist the shocking red of the Canna leaves, one of them came home with me too. 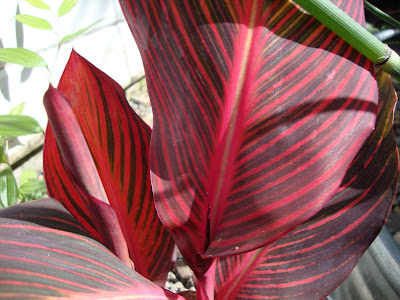 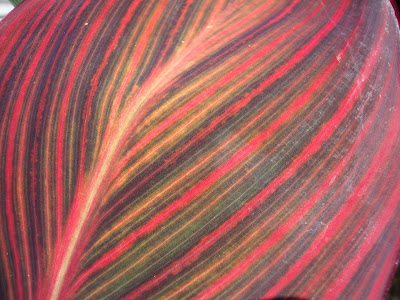 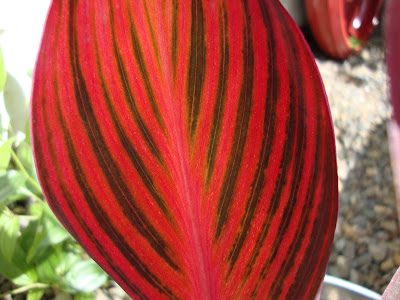 If you still haven't made it to Rare Plant Research they are now selling plants online...http://www.rareplantresearch.com/ and they've got another event coming up in July...a garden party!