Sharp plants at the Kennedy School 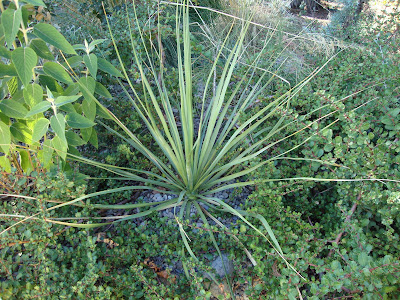 I mentioned in a post back in June about a new garden area being created at my local McMenamins restaurant/pub/theatre/hotel, the Kennedy School. Evidently the surrounding neighborhood had been complaining about traffic and the solution was to close one of their entrances.
In typical McMenamins fashion they used the resulting space to build a fabulous new raised planting bed. And they didn’t just plant ordinary shrubs and a few flowering perennials, they planted agaves, aloes and prickly pear! I really admire the way that this company invests as much on the outside of their establishments as they do on the inside, their landscaping and plant choices are first rate. It makes each visit, for me, as much about the plants as the food and drink. 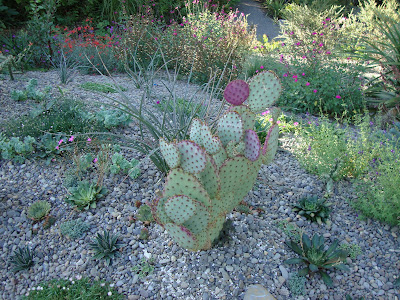 I would’ve loved to see the start of this project. I wonder if they completely tore out the old pavement or just broke it up? The first time I saw it was shortly after planting, they went to great lengths to make sure the soil was free draining, with lots of what appeared to be pumice mixed in.

Look at these fabulous plants! 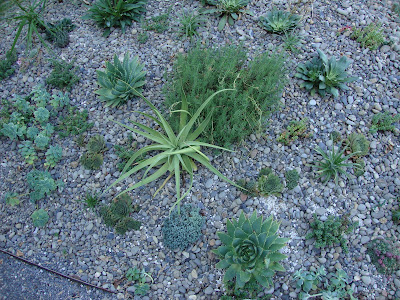 Love this aloe and I will be watching it over the winter months, I live nearby and if it’s happy here then I can make it work in my garden! 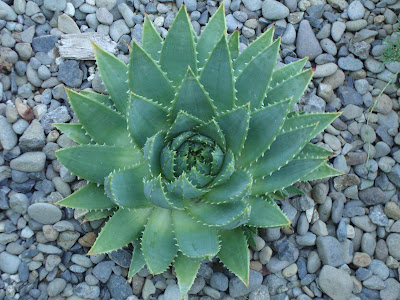 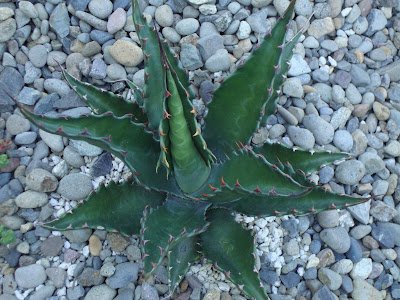 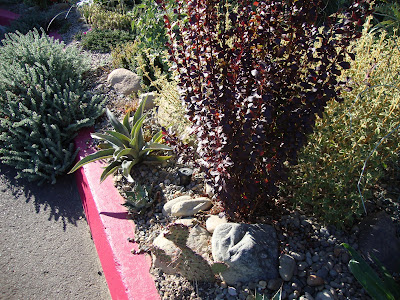 I believe a Yucca Rostrata 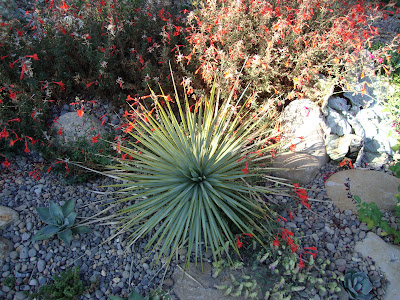 What are these flat plants? Anyone know? I would love to find out. Perhaps it’s time to contact their landscaper! 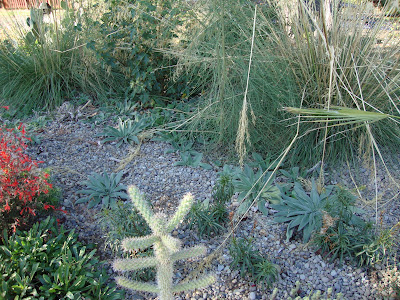 Here is a close up…I love them! 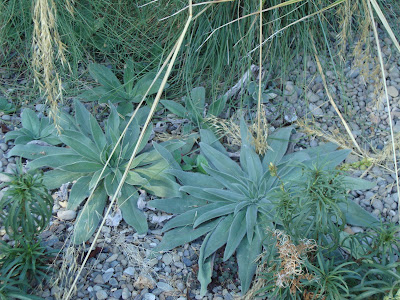 It was difficult to get a shot that really told the story as to how the beds are raised and “mounded” (I avoid using the word “berm” ever since I heard it equated to burying an elephant in your front yard). This shot with the vibrant, newly painted curb probably shows it best. 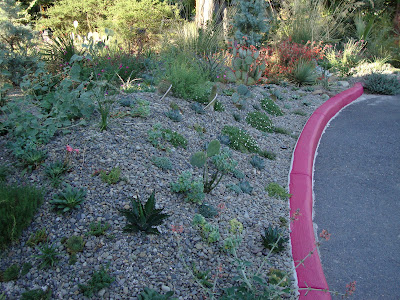 This yellow Callistemon is in an older, existing part of their landscaping, but it was so pretty I had to include it. 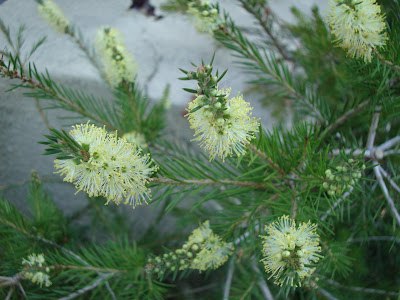 I am going to enjoy watching this garden develop over time, and of course watching the hardiness of their plant choices and how they hold up.