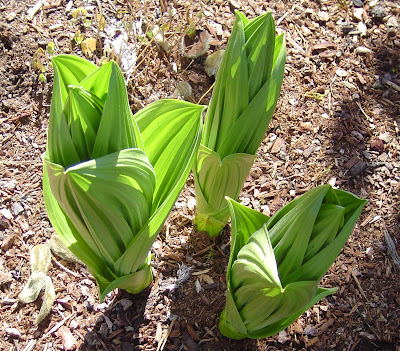 I have been aware of Roger Gossler and Gossler Farms for years, I am not sure where I first heard of them, probably a plant sale or hearing Roger speak at the Yard Garden and Patio show seminars. I hoped to someday visit, so when we decided to go to Eugene for the weekend I managed to talk my husband into a nursery visit (or two). I didn’t have to talk too hard. This was supposed to be his “birthday weekend road trip”, full of museums and bookstores, but he is the best of the husbands and likes to make me happy so he was a willing participant. As we approached the nursery (first traveling through a rather scary and uninspired suburban development, the kind that give me nightmares) Roger was zipping around on one of the motorized carts they use to get around the compound (I think the whole family lives on site) one dog running along beside and one riding on the cart. We spoke with three different family members while we were there, all very helpful and knowledgeable, I wish they were closer to Portland and I would visit more often.

Below are a few pictures around the nursery and grounds, they had an amazing collection of magnolias. I was particularly taken with the plant you see in the photo above, it was just emerging from the ground and it’s leaves were so deeply folded. Unfortunately the nursery didn’t have any for sale but Roger was able to send me on my way with the name and a few possibilities for where I could find one. It’s a Veratrum Album or False Hellebore. I am on the hunt! I did purchase a Carex ‘sparkler’ which looks a little like a cross between bamboo and a polite variegated grass, I like the way the leaves shoot out around the stem, like a 4th of July sparkler. 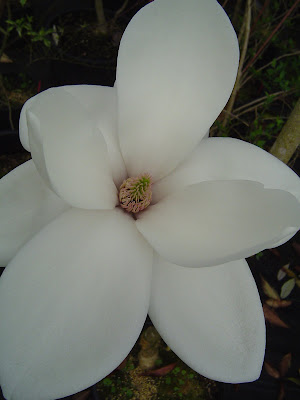 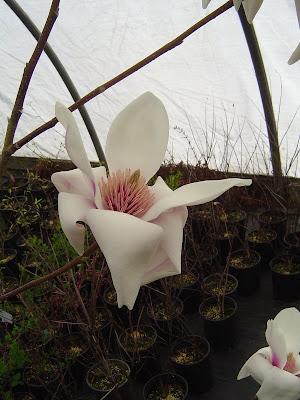 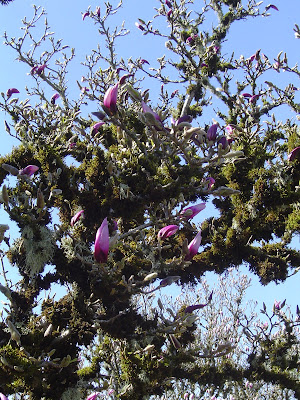 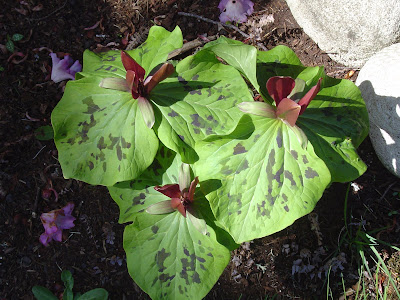