Rhipsalis — epiphytic and epilithic, new world and old world — what's not to love?

Andrew asked about the new plant behind the sink, the one on the far left. 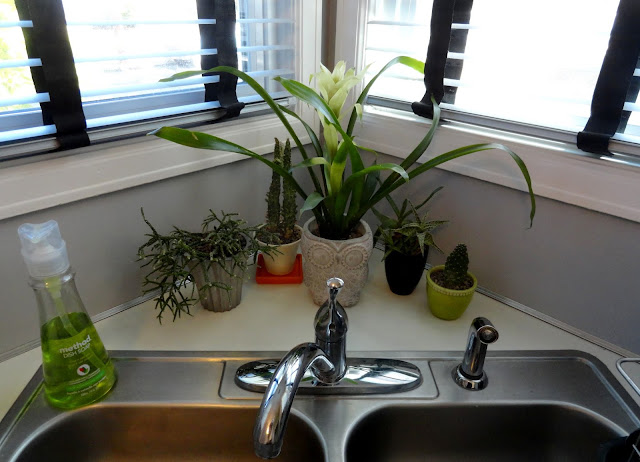 This one, a Rhipsalis. He's got a curious mind and always asks what a plant is, but primarily wants to know where it came from (and not just the nursery where I purchased it). Without really thinking about my answer I said "it's a cactus from Africa", to which he replied "no, cactus are New World, you know that"...uhm, yes indeed I do. 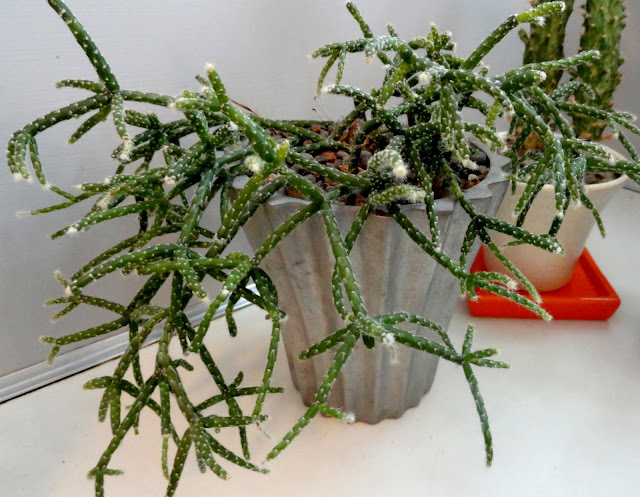 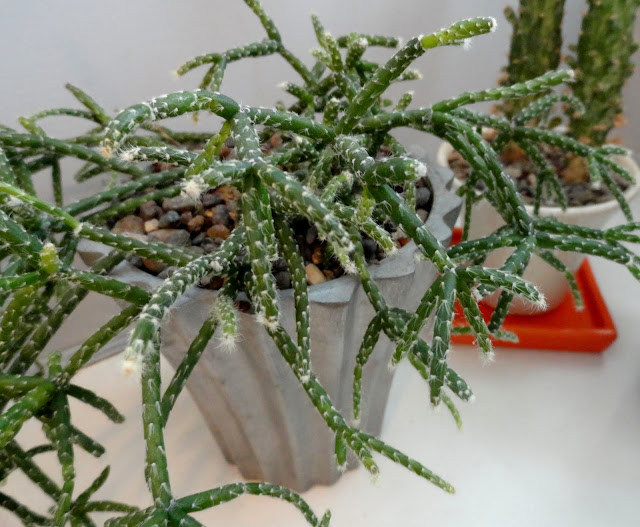 I bought that little Rhipsalis mainly as insurance for future projects. I'd went looking for another to add to the Bromeliad planters and come up dry. Knowing they're okay with low-light (another non-normal cactus characteristic) I figured it would be happy in the house until I needed it outside. 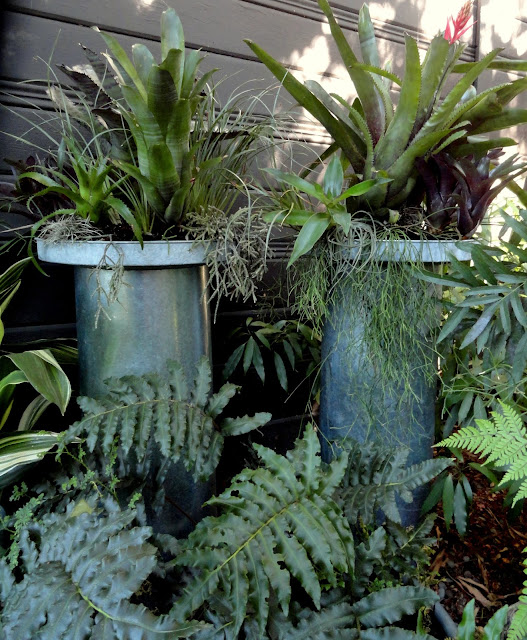 Here's my first Rhipsalis, which survived life in the somewhat neglected Bromeliad planters of 2017 and seems to be thriving this year. 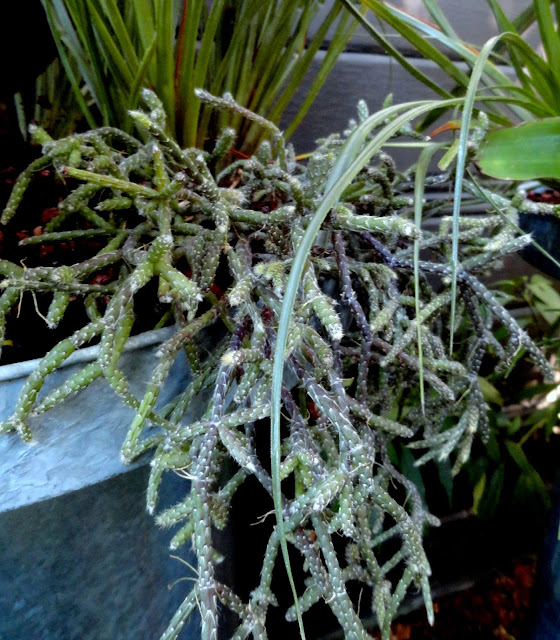 And my second, a much thinner and less textured plant. Unfortunately buying a Rhipsalis (in my experience) you don't get an actual species name, just the genus. There are 35 different species, but growers don't seem to want to give you a complete name. Oh and yes, identifying what I've got is on my list of things to do. 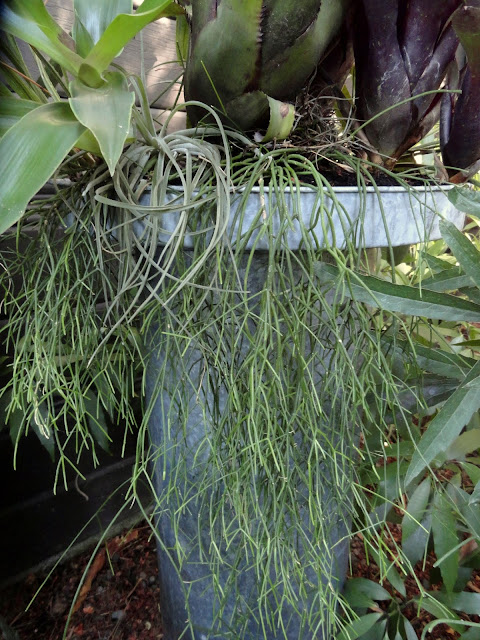 That said this one, which I purchased last June in Spokane (at the Friends of Manito Plant Sale), was labeled as Rhipsalis baccifera. 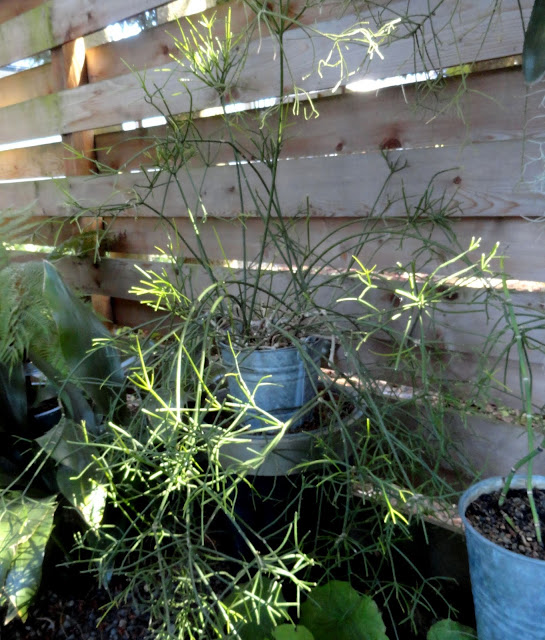 It was a gnarly mess, which I attempted to clean up. 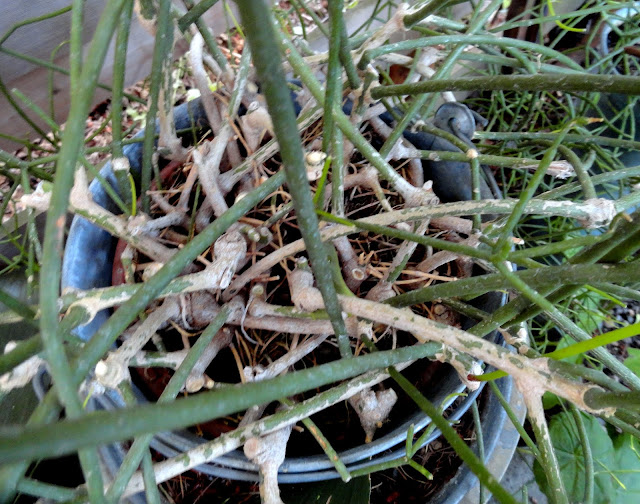 And it's rewarding me with a lot of bright-green new growth. 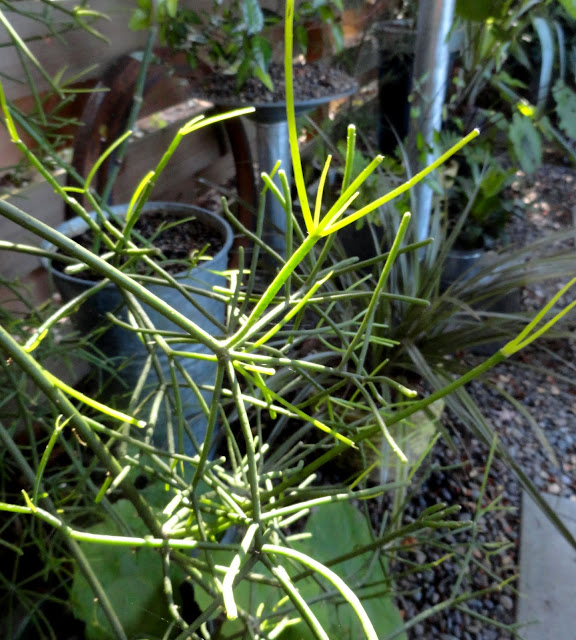 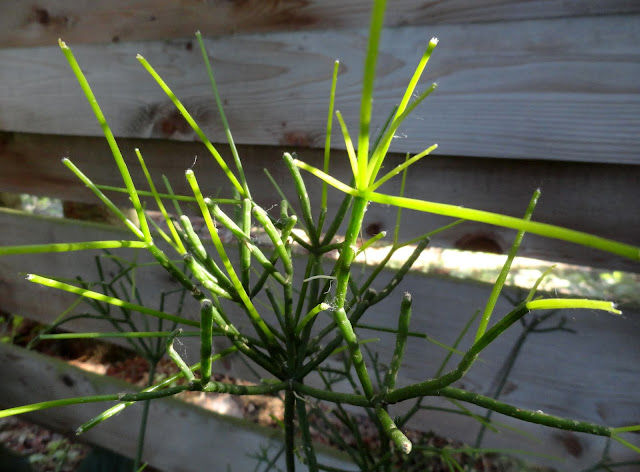 Another way Rhipsalis are fascinating (besides their New World/Old World origins) is the fact they are the largest and most widely distributed genus of epiphytic cacti, found as an epiphyte in tropical rain-forests AND some species also grow epilithic or, rarely, terrestrial (source). Okay I know epiphyte but epilithic, that's a new one for me (I know, you're probably way ahead if me and already knew all of this). Epilithic = (Botany) (of plants) growing on the surface of rock. Yes, I should have been able to figure that one out on my own. Lithops are "living stones"... stone = rock. How interesting. 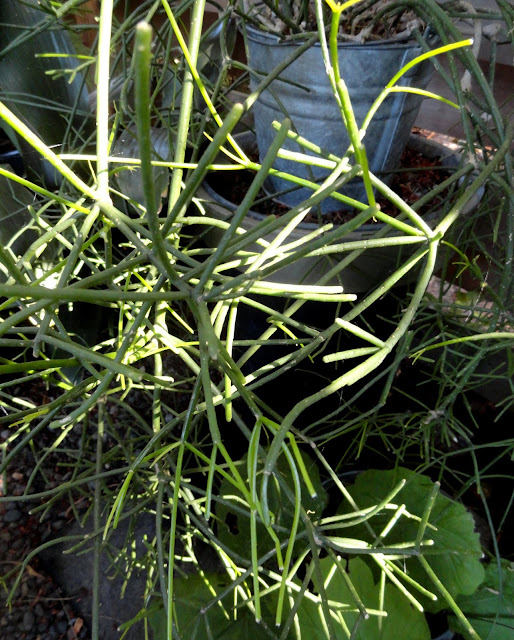 I cut a few pieces of my Rhipsalis baccifera and stuck them in the soil of the Bromeliad planters, they rooted right away. 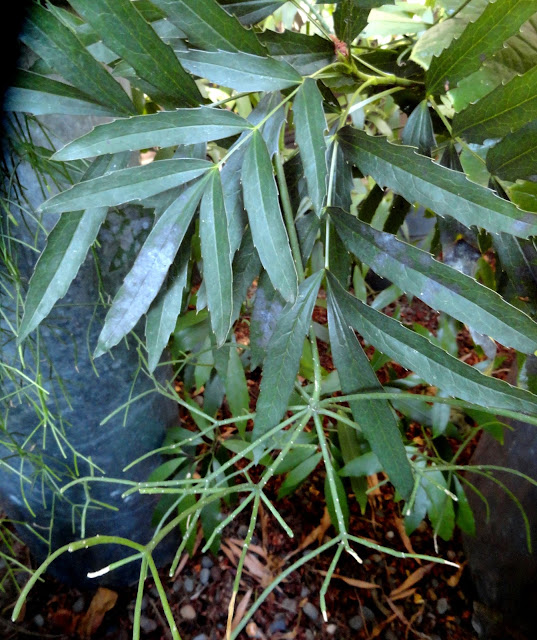 This is when I must mention a hazy memory from 5 years ago, during a Bloggers Fling visit to the San Francisco Botanical Garden Conservatory of Flowers. I remember Denise of A Growing Obsession studying a Rhipsalis then turning to me and saying something like "Rhipsalis, this is a genus I need to know more about"... ya, me too Denise. It took me 5-years but I'm right there with you! 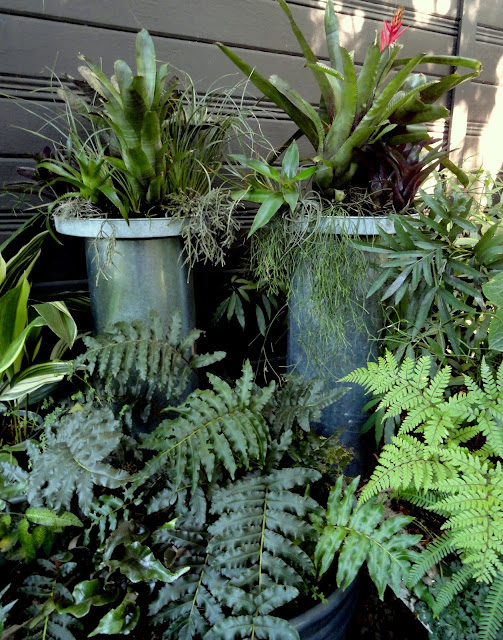