When last we saw that rusty metal piece on the left I had just planted it up with a pair of Obregonia denegrii I found in Austin. The container was purchased at the Crackedpots show at Edgefield last August. 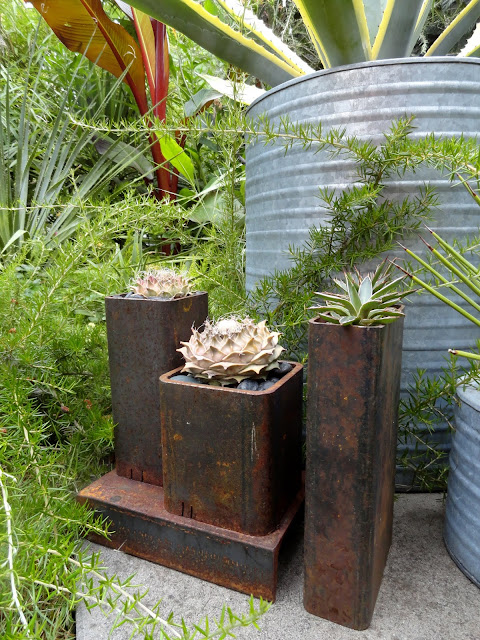 It's been part of the far-off focal point when you enter the back garden. 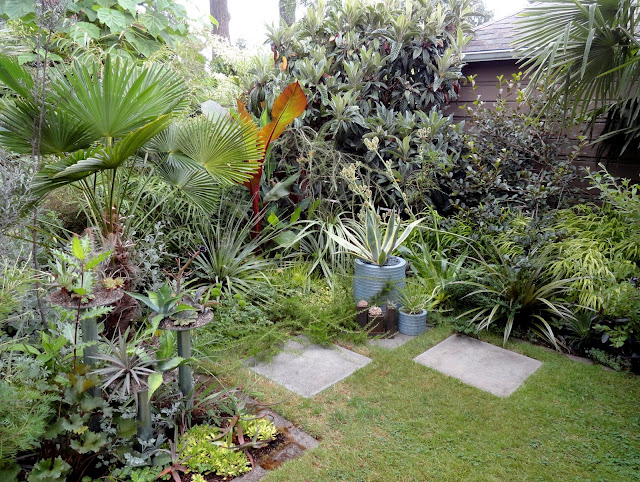 Along with two galvanized containers filled with Agaves, and the drama-queen Ensete maurelii. 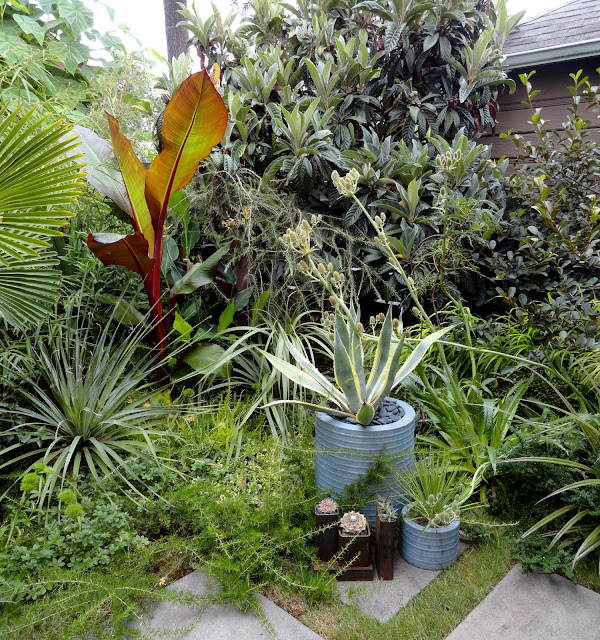 The Obregonia denegrii have settled in well, and taken on a slightly sun-stressed tone. 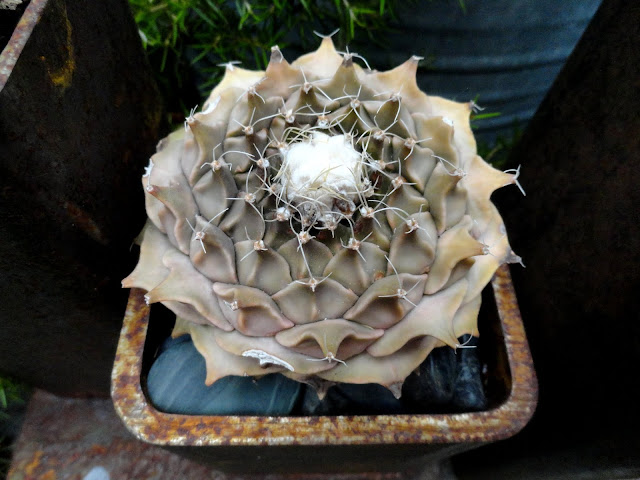 But the subject of this post, at least the first half of it, is this tall, thin, rusty bit. 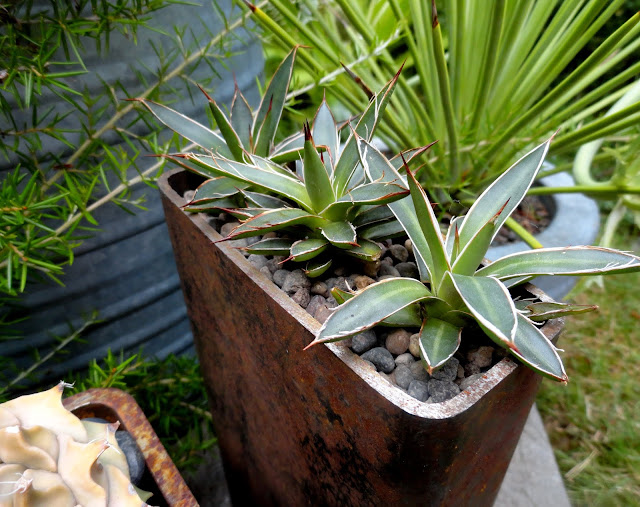 I found it at Metalwood Salvage. And believe me I thought long and hard about whether or not I wanted to share that name here on the blog. They're a neighborhood treasure, I kind of want to keep them my own little secret. Then again, I want them to succeed so, I share. 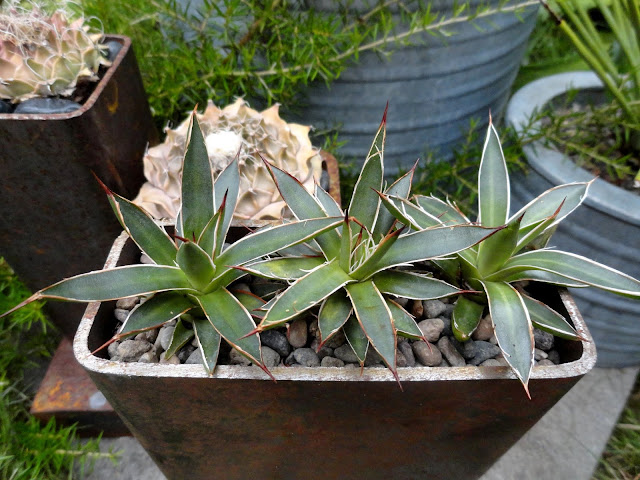 Unlike the other piece — which has a welded on bottom — this was just an open tube, so I shoved a couple of small plastic pots, cut in half, in there to hold the soil. It seems to be working. 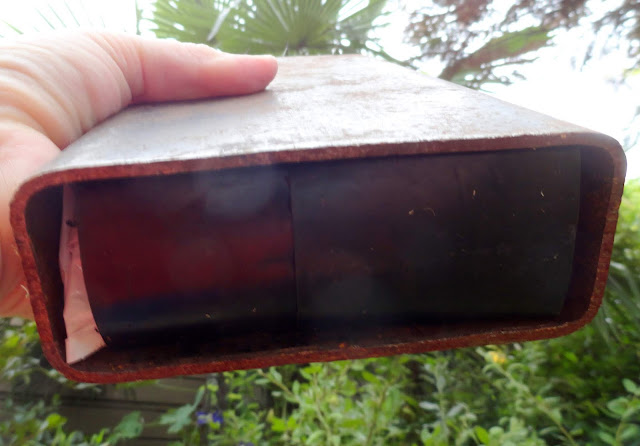 The tiny Agave plugs were a score at Pomarius Nursery. I knew I'd find something fun to do with them. 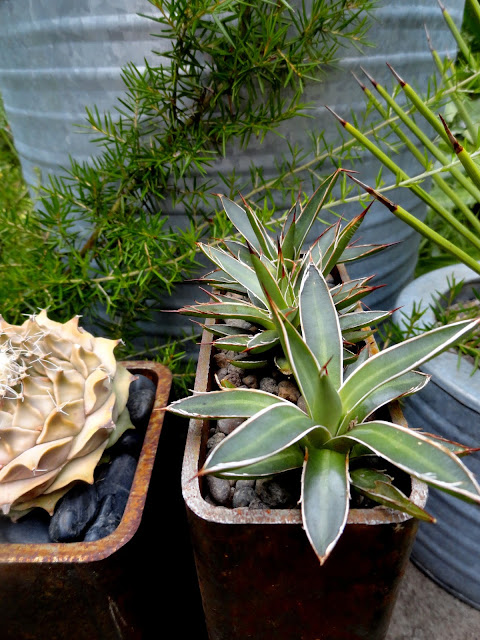 Speaking of fun. This lazy Eryngium agavifolium bloom caused me a moment of confused awe when I walked in the back garden and thought the Agave striata was blooming in some strange non-Agave way. 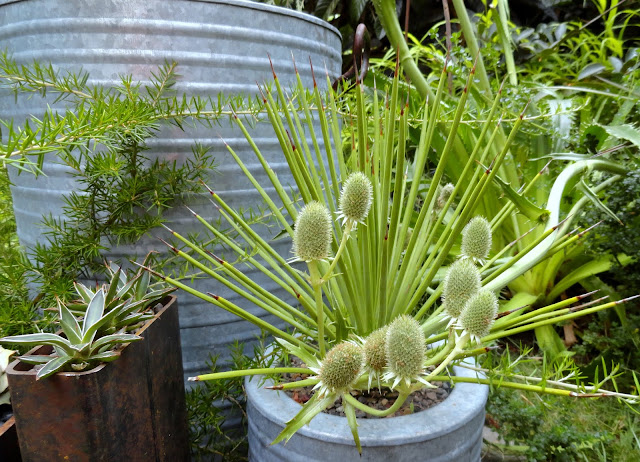 Moving to another part of the garden this trellis was supposed to be covered in Sweet-Pea vines about now. 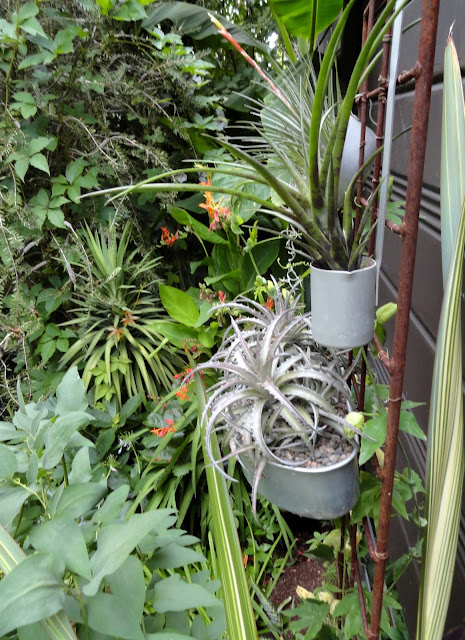 But the Clematis recta 'Purpurea Select' became such a monster (that's it, green now, in front of the lower half of the trellis) that it shaded out the Sweet-Peas and they became a mildew covered mess — you can imagine how long I put up with that, bye-bye Sweet-Peas. 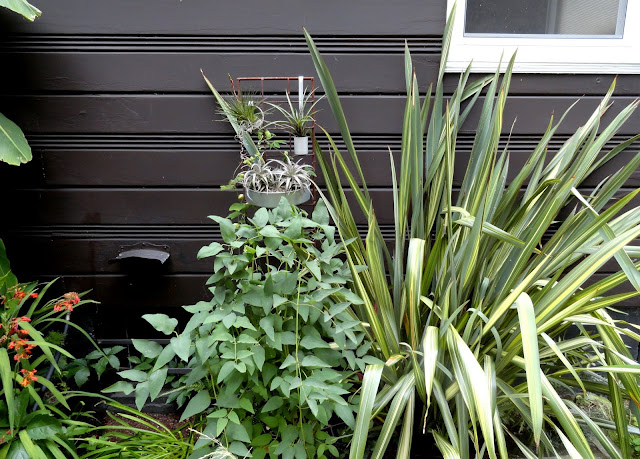 I eventually trimmed the Clematis recta in half and planted a striking Passiflora 'Snow Queen' at the base of the trellis. Impatient me could not wait for the passion-flower to cover the trellis so I came up with this metal trio. 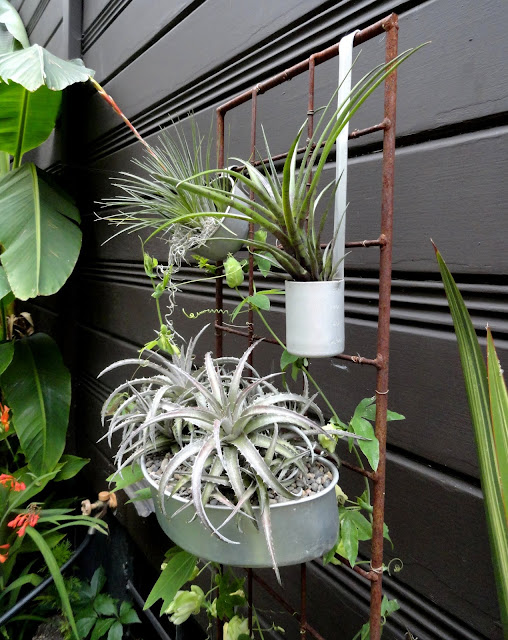 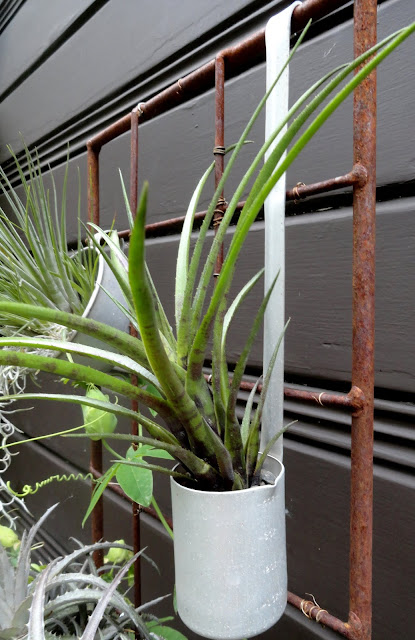 This half-moon shaped piece also came from Metalwood Salvage. I have no idea what it was in a prior life. I asked the helpful guy at the shop to drill a couple of holes in back and I used tiny S-hooks to hang it. Once I decided to plant it up with these Dyckia 'Pale Ryder', I pounded a drainage hole in the bottom. 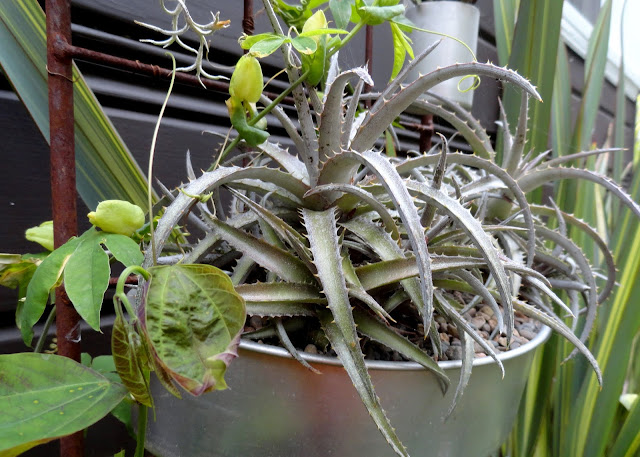 This cup with a hook came from the same shop. The Tillandsia seems at home. 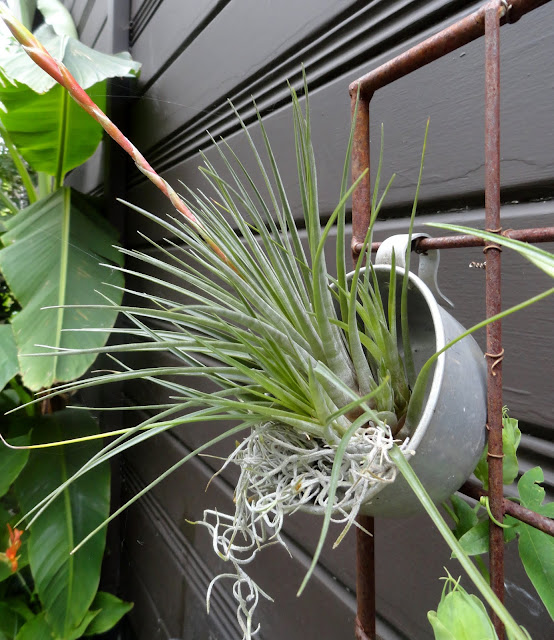 I'm all sorts of excited about this week's Crackedpots show at McMenamins Edgefield, it runs just two days, today and tomorrow, Tuesday andWednesday. If you like this kind of stuff you should check it out (info here). Be warned it's a little bit of a madhouse though. 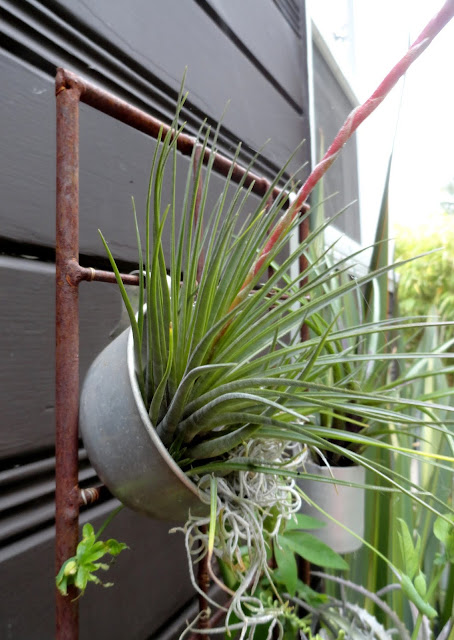