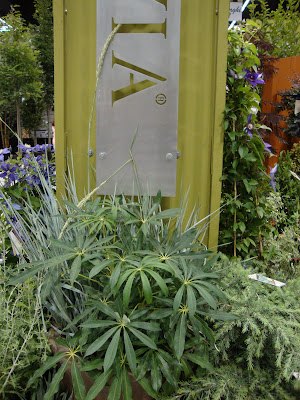 There it was, right in front of me. I could touch it, I could take pictures of it, but I just couldn’t buy it. 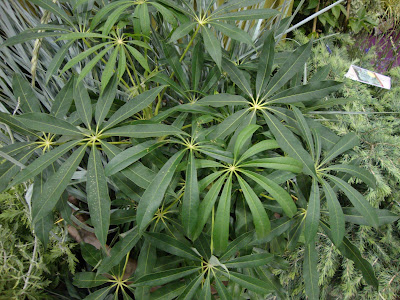 Is that the spring of 2012? I didn’t ask…I was a little choked up just hearing the year. A full year and a half from now, at best. This beauty has been on my lust list since first seeing a picture on plant lust’s posterous in 2009. Then, during his talk at the Yard Garden and Patio Show in February 2010, Dan Hinkley stunned the crowd with several pictures of this plant growing in his Washington State garden. The plant lust in that room was running very deep. A hardy Schefflera, who would have thought! 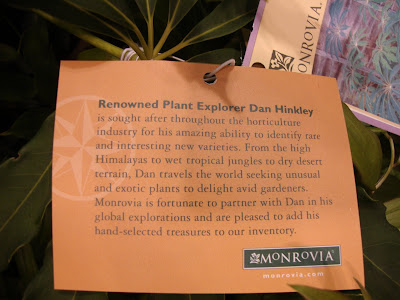 These Schefflera taiwaniana were at the Oregon Association of Nurseries Farwest Show in Portland this week, at the Monrovia booth, of course. 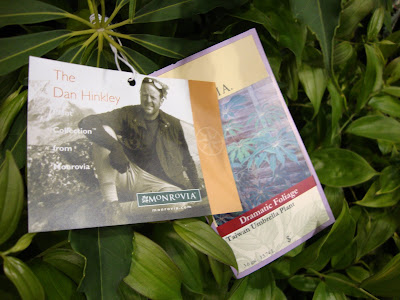 I know a couple of you have been lucky enough to get your hands on one already. The Monrovia rep I spoke with said that they released a few plants earlier this year. Those were the ‘mother plants’ they couldn’t take any more cuttings off of and still have live (at least that’s what he said). You lucky lucky few. 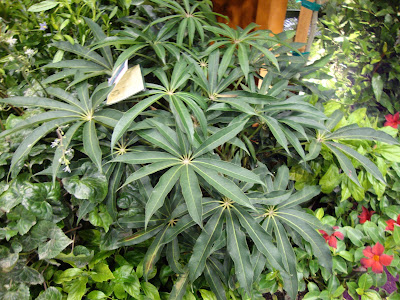