After spending more time at Jungle Fever than planned to I figured I was doomed a lengthy battle with Seattle rush hour traffic. Instead the nursery gods were smiling and I zipped into town in record time. Too early to show up at my friend Steve’s house so I did what any self respecting gardener would do and stopped at another nursery, City People’s Garden Store. 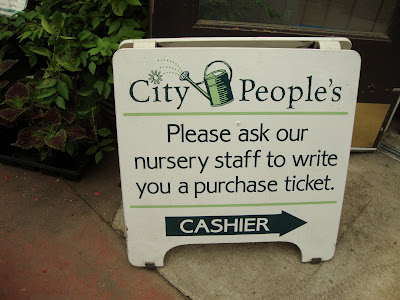 As I’ve mentioned in a previous post this is the nursery where it all started for me. So naturally when I visit Seattle I have to make a stop. It’s a pilgrimage back to my gardening roots.

Just inside the door this beautiful Colocasia stopped me in my tracks. At first glance I thought it was called Colocasia 'El Patio' but no, really it’s Colocasia esculenta 'Elepaio.' I like El Patio better and that’s what I’ll be calling it. 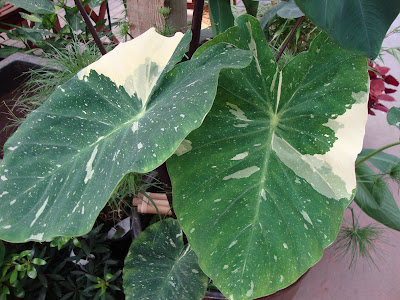 Even the stems are variegated! Of course I bought it. My husbands first words upon seeing it…”What’s wrong with it?” he thought it was sick. Ah well. Can’t make everyone happy right? 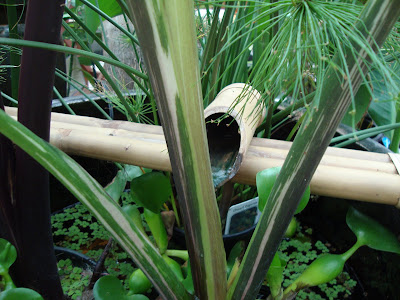 I love how the center of this Echeveria (correction - Aeonium...thanks Candy!) is so flat, while the outside leaves are not. 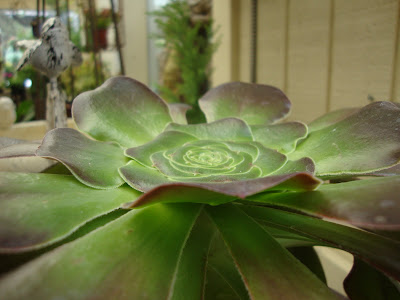 Echeveria subrigada 'Fire and Ice' is a new one for me. Looks a little agave-like doesn’t it? 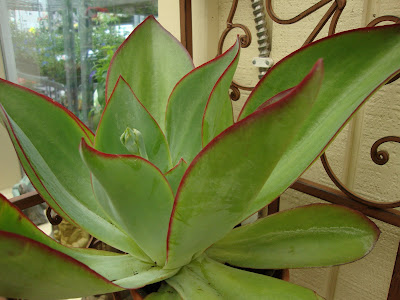 I’ve seen the black terrazzo planters before but never the white version. In fact I have a few of the black. They look wonderful the first year, the second…not so much. I wonder how the white ones weather? 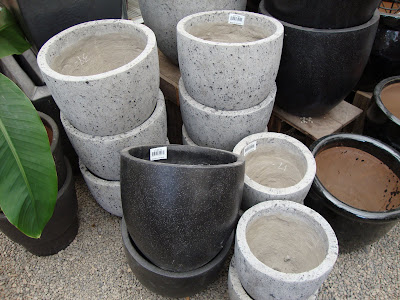 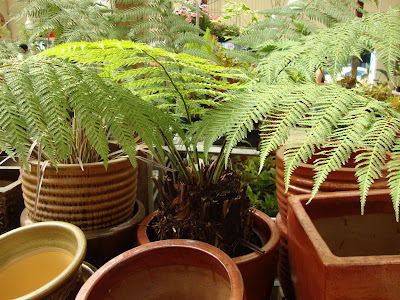 Look at all those old leaf stems! 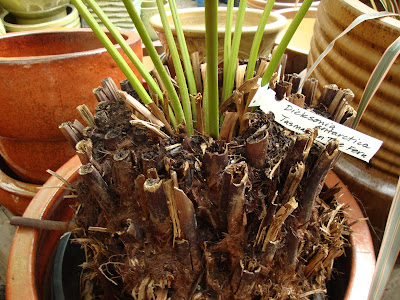 What a beautiful white Canna flower! 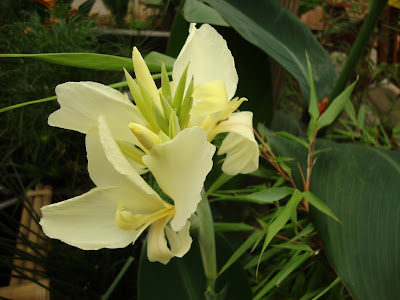 And next year I’ll be hunting for these brown and green Nicotiana. 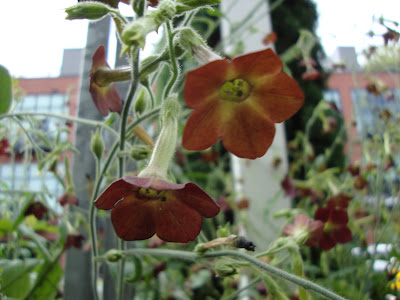 I think I’ve finally kicked the Coleus habit. For several years I was smitten with their colorful leaves, but I haven’t bought a singe one this year. Same for Ipomoea (Sweet Potato vine) and Caladium. Isn’t interesting how we all go through our gardening phases? 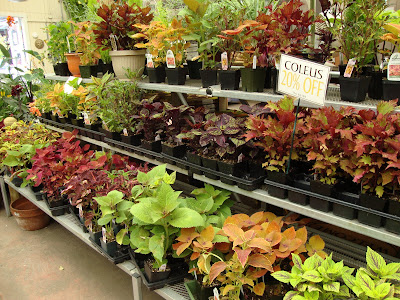 I took this picture to remind myself to put this book on my library hold list. Maybe you would enjoy it too? 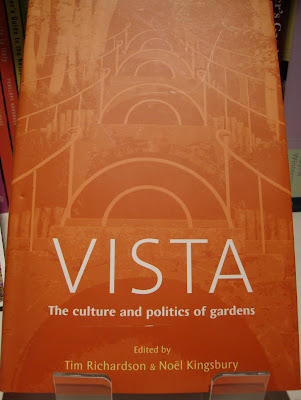 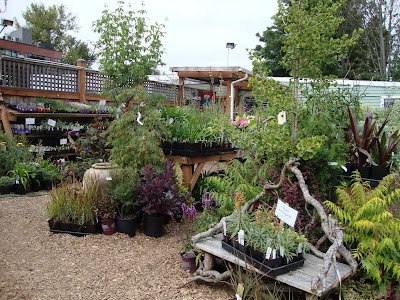 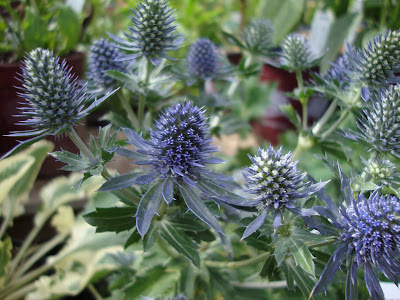 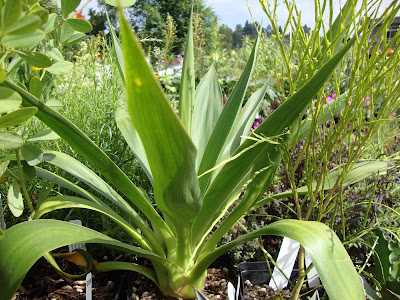 And the other plant that came home with me…. Carmichaelia odorata. 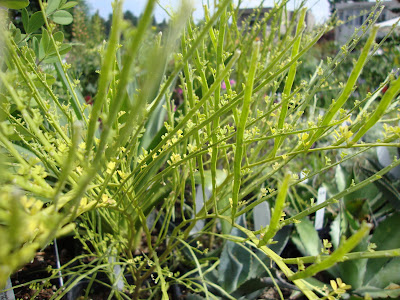 I’d never heard of it, and it was love at first sight. 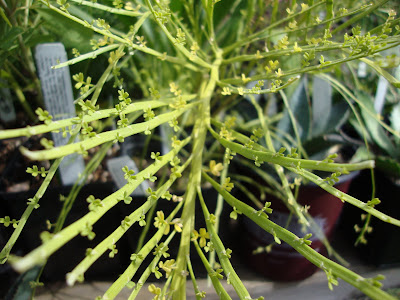 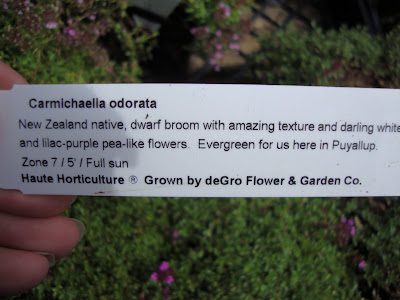 Now that I’ve done a little internet research I’m not so sure I would have purchased it had I been able to see those white-lilac-purple pea-like flowers the tag mentions. Oh to someday have a smart phone and the ability to look these things up at the nursery!