Finally, an Agave I don’t want!

I stopped at Pier 1 the other night to pick up a Christmas gift for a friend. Naturally I had to take a look around, you know, since I was there. It was with horror that I discovered this. 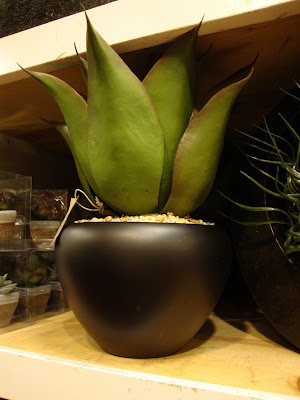 You know a plant has reached a certain “hip quotient” when it’s being reproduced for sale by a mass retailer. The more I thought about it I decided maybe it was a good thing. More people appreciating agaves can’t be bad, even if their first is a faux. Although at $35, pricey! Doesn’t “agave en pot” sound like a French recipe? 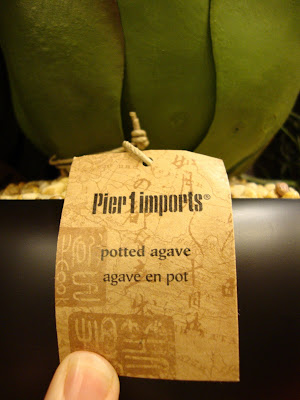 The patterns made on real agave leaves by the spikes on the surrounding leaves are one of my favorite features, but I’ve never seen this pattern on an agave before. 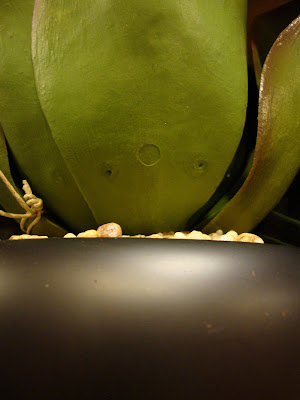 Doesn’t it look like it might be infested with agave snout weevil? Or maybe some sap sucking vampire creature got to it?

I tried to take one off the shelf for a closer look, but the person who stocked the shelves didn’t take the time to adjust their height. All Pier 1 shelves are adjustable, I know this…I worked there in the mid 80’s. The fake agaves were crammed into a space to short for them. 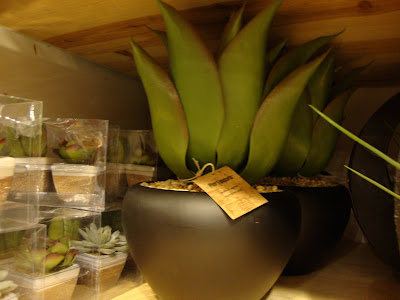 Every one of their center cone spikes were broken and peeled open, exposing the hard plastic interior. The picture is pathetically blurry but hopefully you can see the damage. The light green plastic bit is supposed to be covered by the darker brown/green “skin”. But no more. So sad. 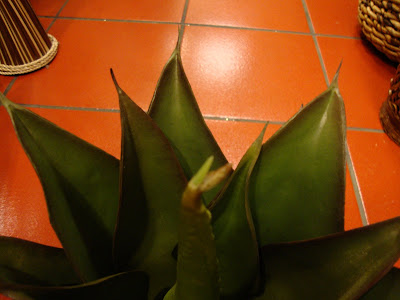 I hate seeing a damaged and unloved agave even if it is a fake.