The dead, and the not looking so good…

Today I’ll share some sad images of the plants that don’t appear to have made it, and tomorrow pictures of the survivors that look to be pulling through the record cold to live another summer.

It wasn’t until last Saturday that I was able to venture out and see with my own eyes how things looked in the danger garden, and even then I had to stick to the hard flat surfaces. Before that outing I was relying on pictures taken by my husband and my friend Denise, when she came over to free the plants from their protective cold weather wraps. These pictures were taken on Dec 16th, 20th, and 26th.

Bad news…this was a Purple Cordy. 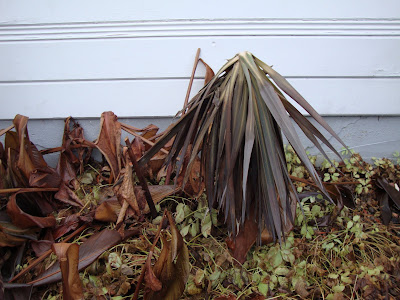 I completely forgot this one while I was on my wrapping and protecting rampage. As you can see it’s letting me know. The dead looking leaves on the left are Canna Musafolia (I cut their stalks and used them as mulch elsewhere), since I did nothing to them last year and they came back strong I hope they will do the same this year. The other ugliness is Bishops Weed, how I wish that the cold could kill it.

This purple Cordy (below) was all wrapped up snug; proving even when wrapped and protected the purple Cordylines don’t tolerate the cold. This plant will be grown as an annual from now on, unless it’s in a pot and can come inside. You can see the perfectly happy green ones behind... 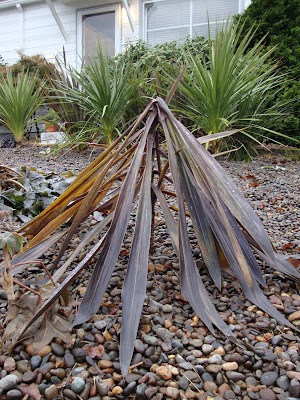 Next to the dead Cordy is a mushy Acanthus. I thought I lost this one last year but by June it was coming back strong. We’ll see… 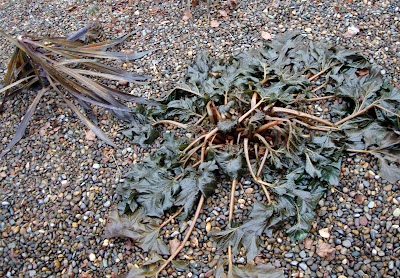 This was an Astelia chathamica ‘Silver Spear’ I lost a huge specimen last winter, so when I replaced them in spring I put one in the ground and one in a pot, and posted about them here. Luckily the one in the pot looks fine (it went indoors) because this one looks like toast. 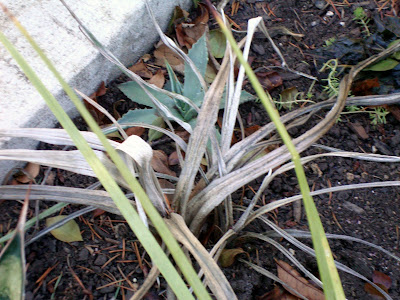 This sad sight was my beautiful Echium, there is a lot of mulch around the base but I think it’s hopeless. In the tank behind is my Gunnera, it’s well covered with Gunnera leaves and a burlap bag. I think it will be fine. 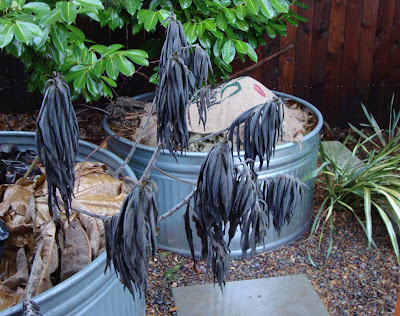 On to the questionables...
This is the acanthus I keep threatening to move, in the back garden. Pretty isn’t it? My husband folded the rotting leaves back so they weren’t blocking the sunlight from the surrounding agaves, hopefully allowing them to dry out and not rot. I have a feeling this acanthus will come back fine, just to taunt me since it knows I want it gone. 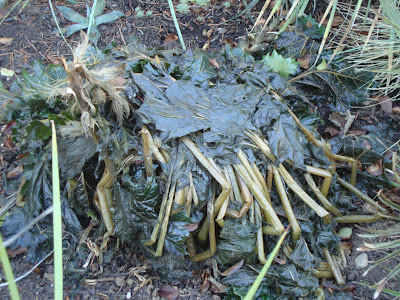 This one, my Agave montana 'Baccarat' makes me the saddest, because I think if had been able to care for him properly (meaning if I could’ve gotten out there and covered and uncovered him as needed) he would be fine. I base this on the fact that after last winter he was perfect, not a blemish. When he was uncovered on the 16th he looked like this… 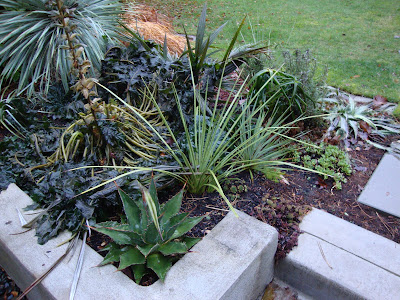 On Saturday he looked like this, those spots that look like sunlight on his leaves are not. They are discoloration/death… 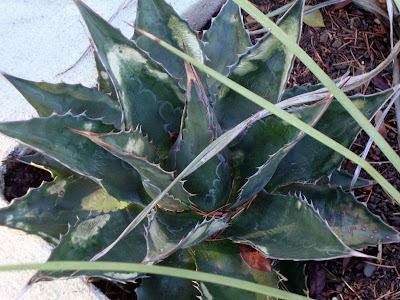 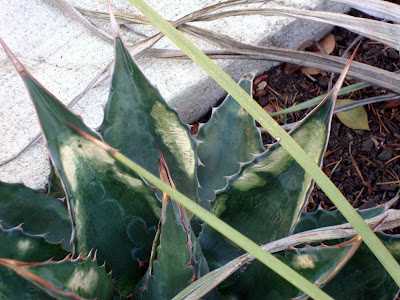 This Variegated Echium spent the coldest time indoors. He was looking less than happy towards the end of his stay when he was taken back outside, and now he looks like this. I hope that this is just a temporary state, since he didn’t have to endure the cold and freeze, and he’ll come back when it warms up. In the pots on the right are Colocasia, hopefully just dormant? They spent the cold times in the garage. 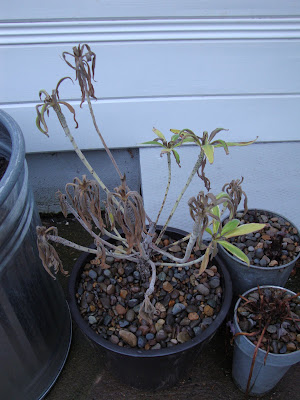 The leaves of my Fascicularia pitcairnifolia var bicolor are a little discolored. Only time will tell if it survives. Click here to see it in happier times. 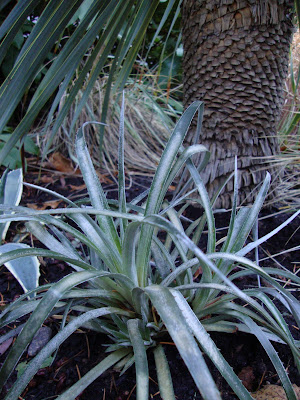 If you clicked on the link above then you also saw my Aloe striatula, when it was bright and upright. Here it is on the 16th… 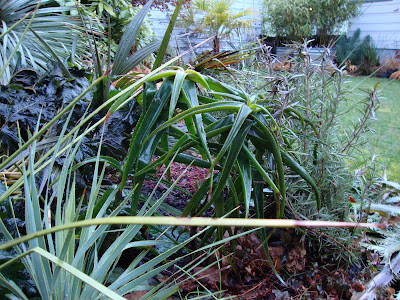 And on the 20th…not looking so good. Perhaps it will regrow from the roots? 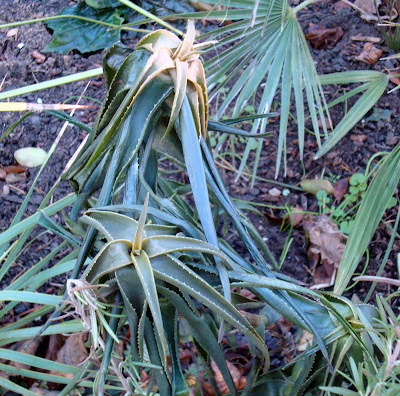 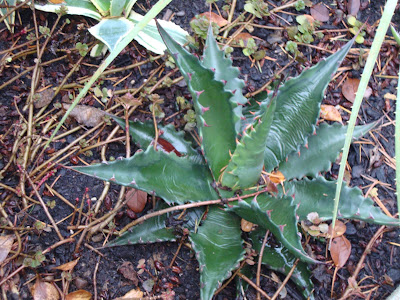 And Andrews’s fingers showing me how easily it bends, it's mushier than an agave should be. I haven’t given up; maybe just maybe it will pull through. Gardening is all about having hope right? 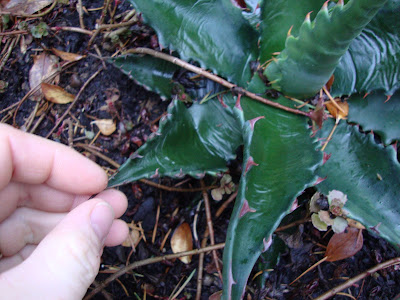 There are several other borderline plants that I’ve since remembered, that I don’t have pictures of and can’t yet get to, to see for myself. Several of them have popped into my head as I’ve tossed and turned trying to sleep, hopefully soon their mysteries will be solved and I can put them in the alive category!