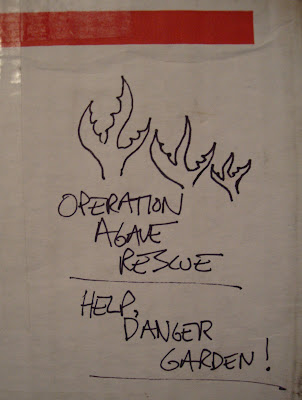 Could you even imagine having too many Agave pups? I couldn’t, that would be kind of like having too much money, right?

The danger garden is the lucky recipient of another shipment of Agave pups (the first shipment was back in April), from my brother, Darin, in Arizona. That's his artwork on the box above, I wonder if the the postman was a little worrried? Darin dug and divided the offspring of his mature Agaves, and ended up with more than he could use. So I said YES! I will definitely rescue the homeless agaves! For those of you who recall my post about the Agave Snout Weevil, and how it is killing off his mature specimens, worry not! These little guys are all bug free. 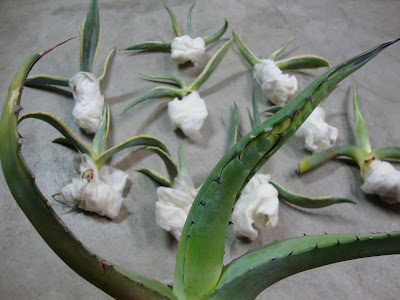 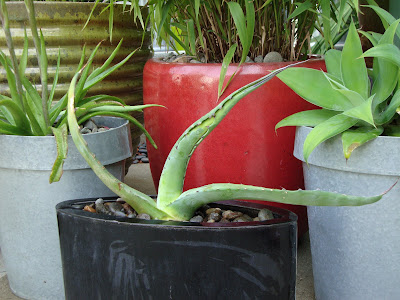 Don’t you just love the electrical tape? They look like little fashion victims on the pages of Vogue whose faces have been black-striped over to protect their identity. 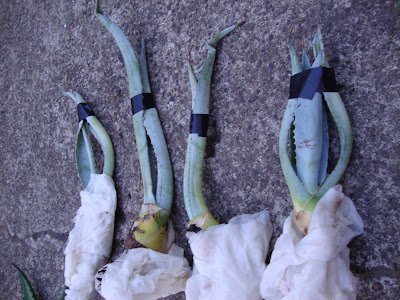 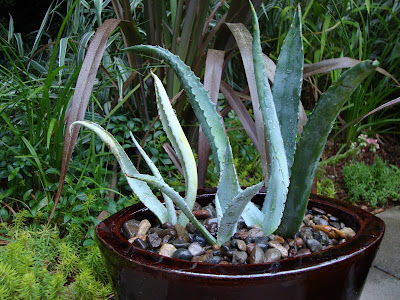 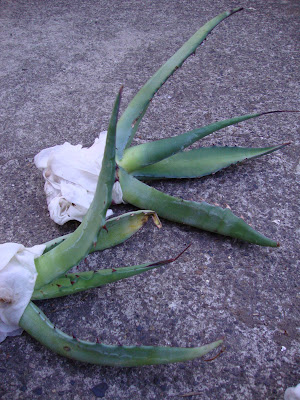 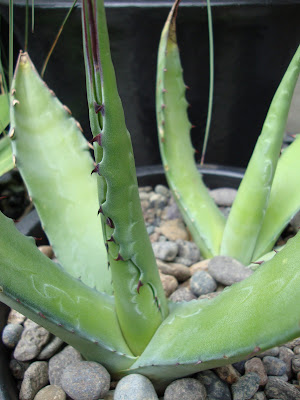 And the best part is even I now have too many and I’ve been able to give several away, spreading agave love around the Northwest! The pups I received back in April (below) are settling in nicely and really enjoying the heat. 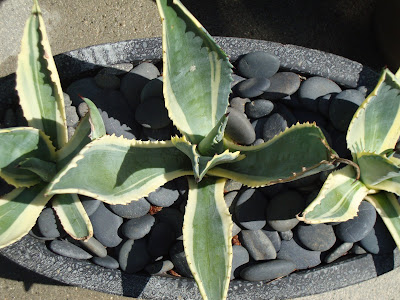 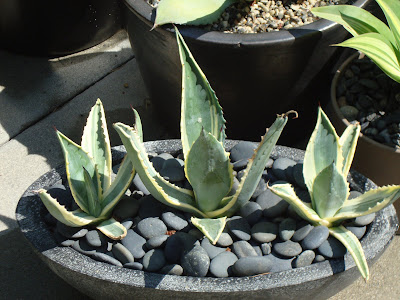 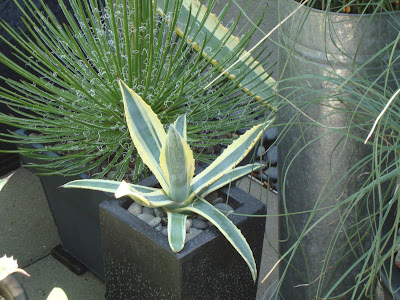 This assortment (below) was planted over a couple of year’s time. Even though they are all about the same size now the oldest one (on the far left) only had 1½ leaves when it was planted. The newest one, on the far right, came from this recent shipment. 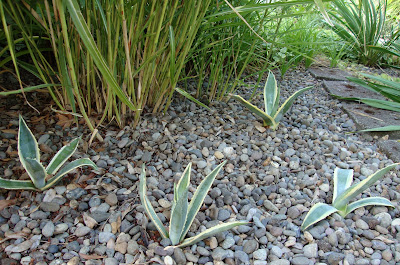 My unscientific experiment (some in the ground, and some in containers), seems to be showing the ones in the containers are growing faster, they must be responding to the increased heat generated in the container?