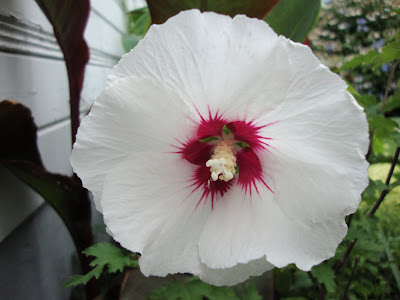 How the heck did it get to be August? It was just yesterday that I was watching the first canna tips bursting from the soil - now they are blooming. It goes so fast! This is our Rose of Sharon Hibiscus syriacus 'Red Heart' it's still little, having only been in the ground for this season but it is blooming its heart out. 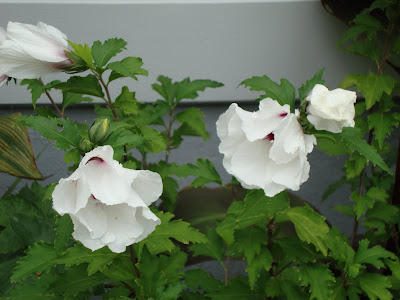 The yellow Crocosmia is always a late bloomer, the C. Lucifer has started forming seeds before this one even gets started. 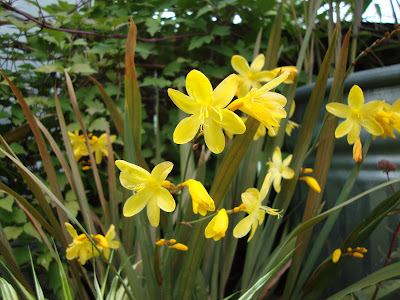 This red/orange Crocosmia (unknown variety) also comes later than the Lucifer. It's nice to have them appear just as the Lucifer is disappearing 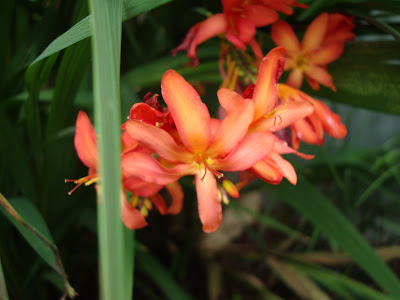 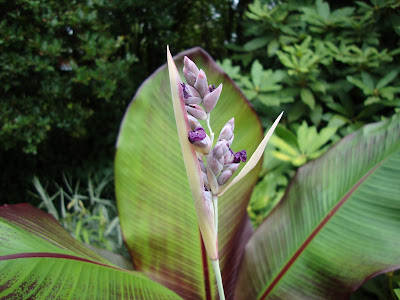 Unknown sedum about to bloom 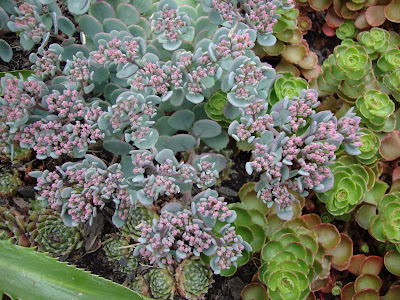 Eucomis Oakhurst the blooms on this fabulous plant last for months and they make long-lasting cut flowers too. Occasionally a bloom spike will break off and that is my opportunity to bring it in the house and enjoy it there....it lasts forever! 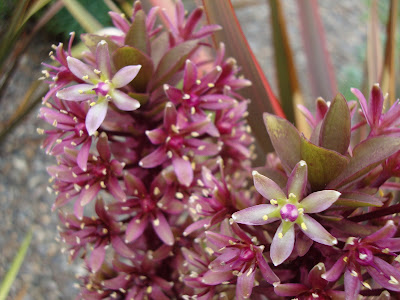 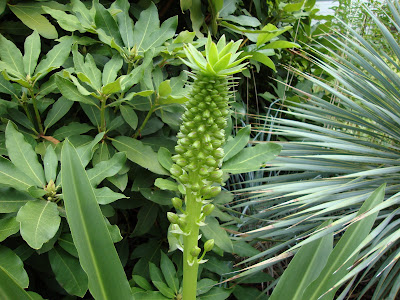 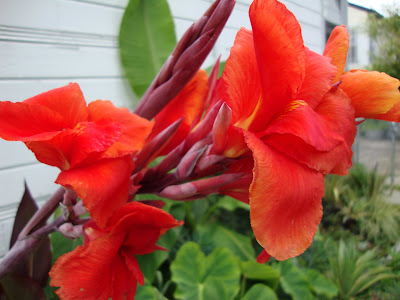 Another about to open 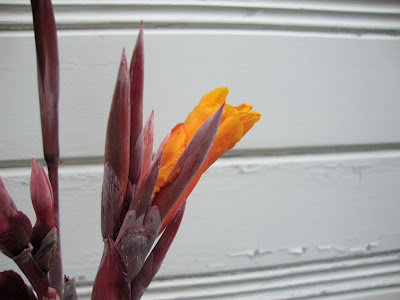 The Lobelia 'Queen Victoria' are starting to open, they would have been much happier with more water but I was feeling a little stingy and wanted to see how they would do with less. 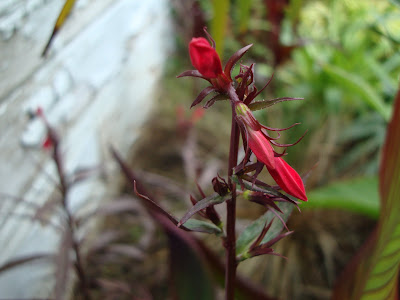 The Hydrangea is starting to do it's color fade that I posted about in July. It was hurried along this year to to the unusual heat. 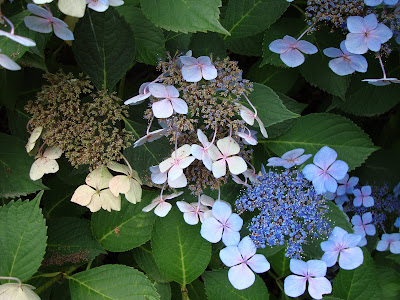 Blooms on the ginger mint. The bees adore these little flowers and get quite annoyed with me when I water the corn that is also in this planter. 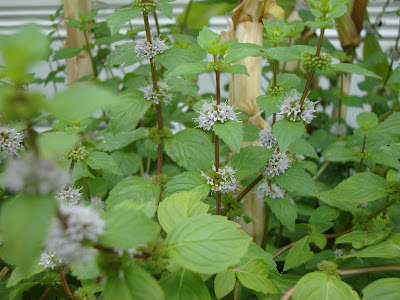 After languishing in the shade the Datura is responding nicely to being brought into the sun. This small bloom should open in the next day or two. Hopefully there will be more! 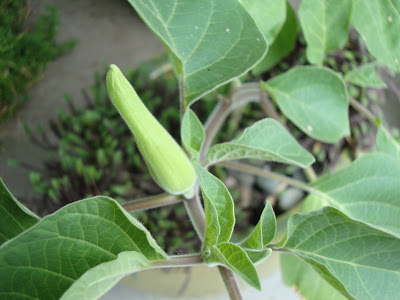 My Chocolate Cosmos puts out the most amazing dark flowers, which really do smell like chocolate. Unfortunately the only one I could get a decent picture of was this one, on it's demise. The other blooms were so dark against the white wall you could only see an outline. 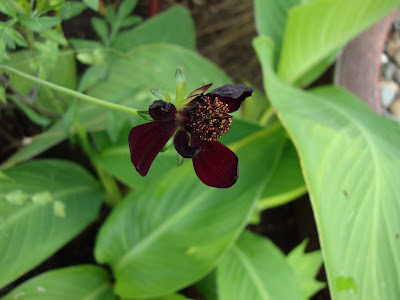 This unusual flower belongs to the Caladium plant nearby - but not in the picture. The foliage is a Euphorbia. 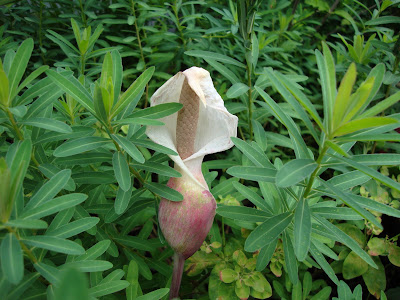 The name of these purple flowers escapes me, and since this is an old plant brought to this garden from my house in Spokane the tag is long gone. It's another plant that I grow for the foliage (which you can barely see) and tolerate the flowers. 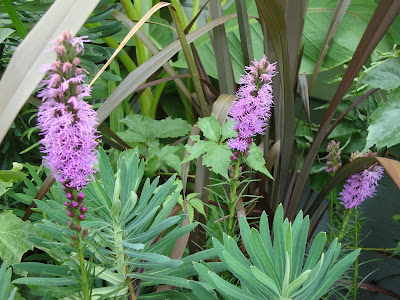 As always visit May Dreams Gardens for the low down on what's blooming on August 15th around the world.