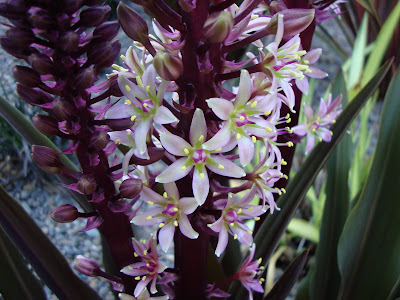 One of my happiest early spring discoveries was that my Eucomis Oakhurst had made it through the winter and was peeking out of the ground. Since that day I have watched them leaf out, push up bloom spikes, and now in full bloom. 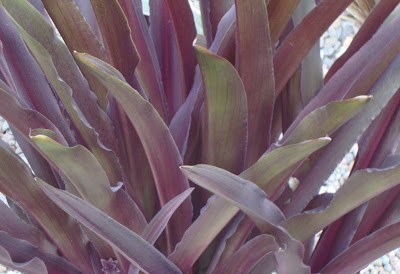 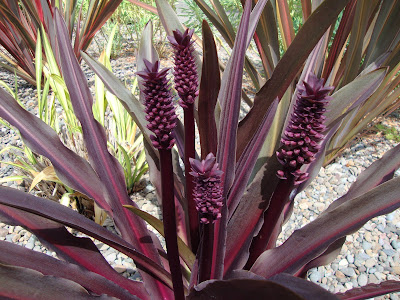 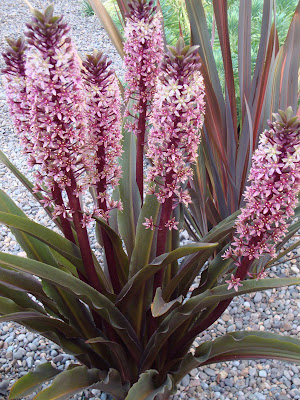 As I mentioned back in April, these plants came from the Chocolate Flower Farm, on Whidbey Island, WA. They were the smallest most insignificant little plants I’ve ever bought, but since we had ventured all the way over to the nursery on a stormy day I couldn’t go home empty handed. Thank goodness I took a leap of faith and bought them.

The foliage starts out almost black in the spring and by now has turned a deep green. They will die back at the first frost and, fortunately, return in the spring. 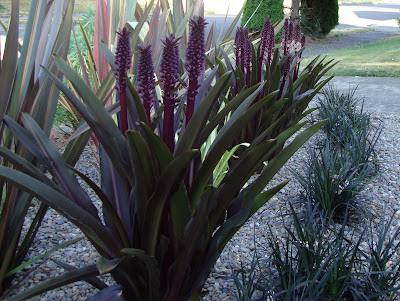 An equally happy discovery mid-July was that my Eucomis Pole-Evansii was pushing out a bloom spike. This is the second year for this plant and last year it only produced leaves. So far the blossom is much less dramatic than the Oakhurst, but definitely living up to its common name, Pineapple Lily. 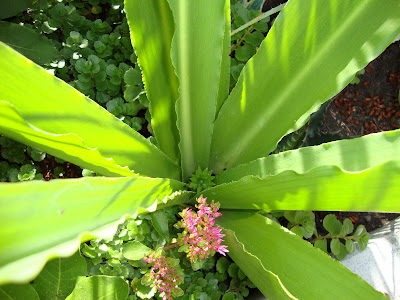 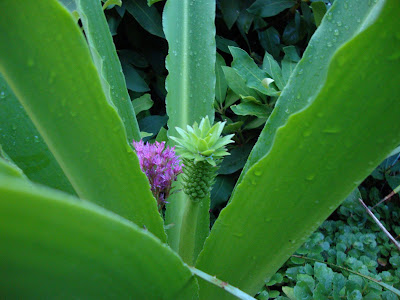 It’s not all about the bloom spikes though; there are a couple other Eucomis in the danger garden that are still only leaves like this one. 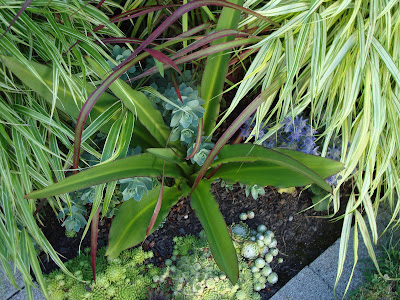 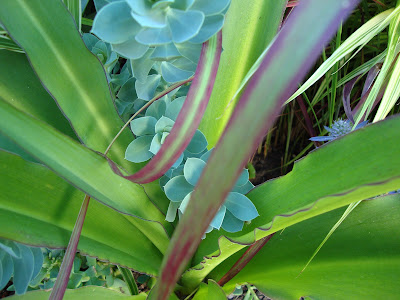 It is still lovely, with big fleshy leaves that have a slight ruffle and dark stripe along the edges. So glad I took a chance on my first Eucomis.