Move over Monte, there's another agave in town...

Last week, when I wrote about visiting Monte, someone commented anonymously saying: "The massive agave near NE Alameda has put up a spike, no bloom yet..." I thought maybe they were referring to the agave that bloomed last summer (shown here) after all it was right off Alameda, on the ridge. But then I figured, even a novice could tell the difference between an agave putting up a spike vs. an agave that had already bloomed. That meant only one thing...there was another agave blooming in Portland! 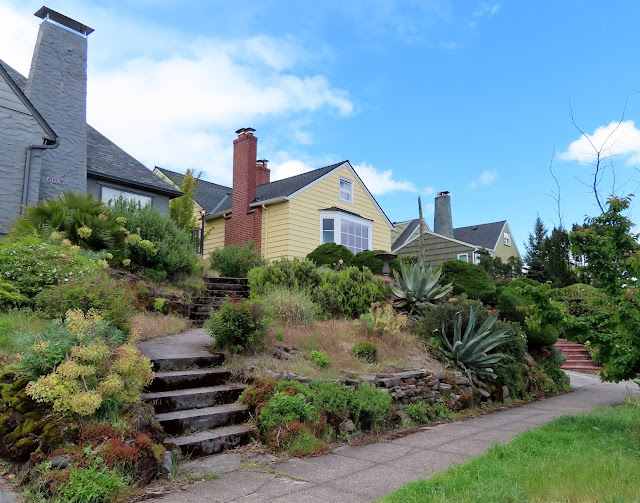 I figured the word massive was key, this couldn't be any regular old agave, it had to be one with stature, dare I say gravitas. I thought of the famed "Sacramento agave" and yep, it is the one. 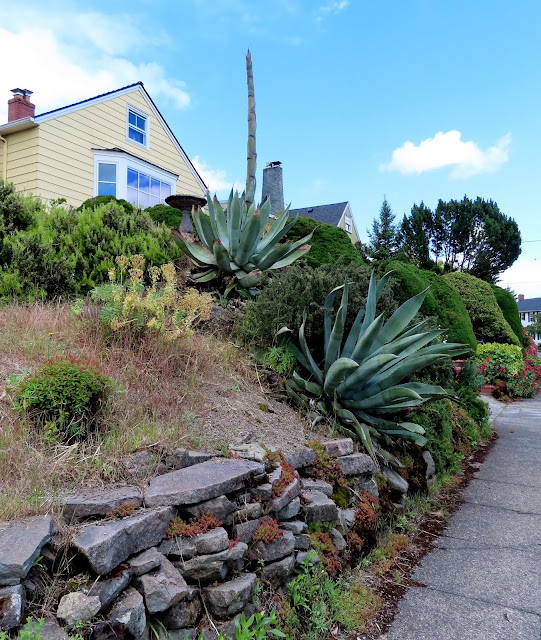 This agave was much more impressive years ago. As I recall (although my memory is always up for questioning) the house sold and the new owners haven't invested much in the garden. When I visited in October of 2016  (and wrote a blog post titled: an icon in decline) the plant looked so bad I was searching for a bloom-spike, figuring that's what was sucking the life out of it, but no. 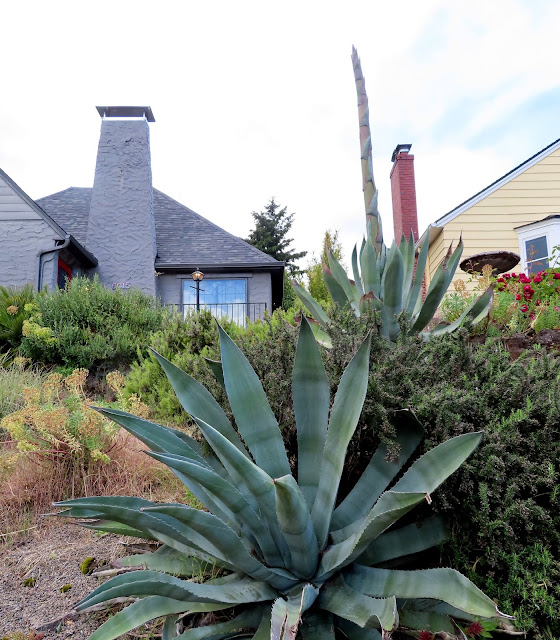 Oddly, in September 2018 a post appeared on Instagram from the folks who planted the now blooming agave. Odd because the photo they shared in that post was definitely not from 2018, it was from a "happier" time in the garden (see it here). They identified the agave as Agave x protamericana 'Silver Surfer' and said it came from Sean Hogan and Cistus Nursery.

The same person commented on a photo I posted to my Instagram account last weekend and said the second agave (shown below) is not a pup of the blooming plant. Which is good to know because I always assumed it was. 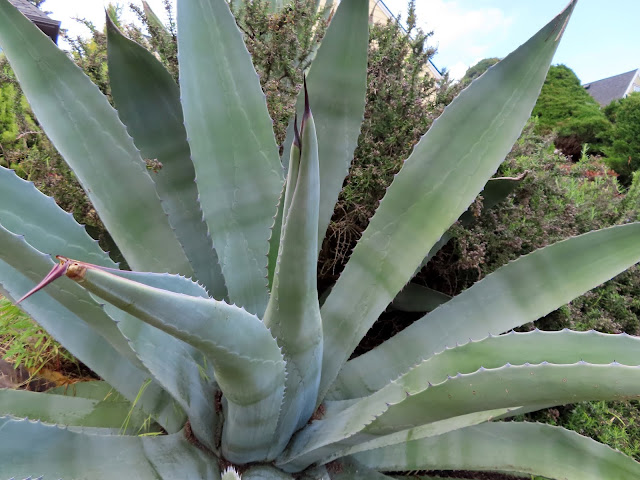 Poor thing has not lead an easy life either. 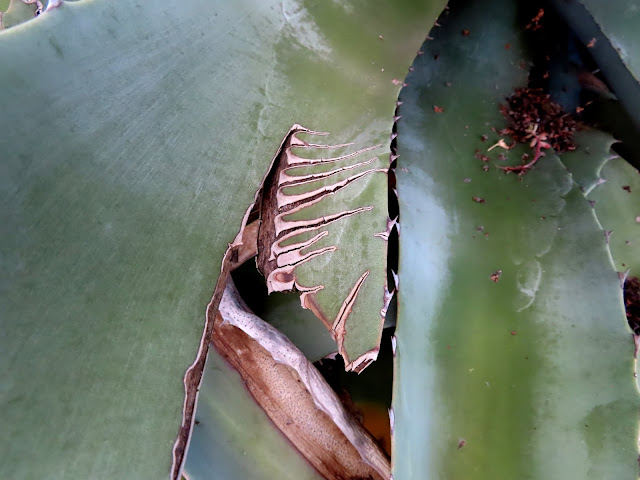 Anyway, long back story, but another Portland agave is blooming! 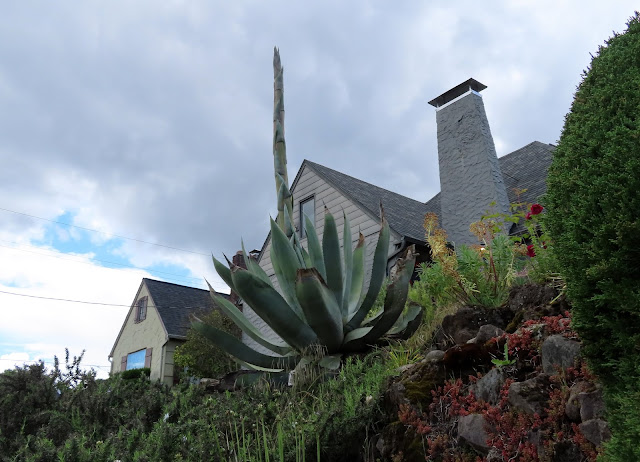 This one isn't really on my way to anywhere but you can be assured I will be doing plenty of drive-by's to see how it develops. 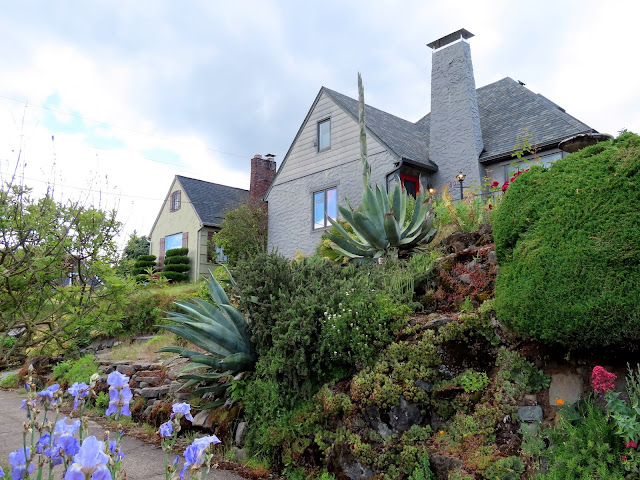 During my brief visit there were a lot of walkers and bikers passing by and noticing it too. As the blooming process of this one will probably stretch on into the late summer, I wonder if it has the capability of becoming another destination plant, like Monte? 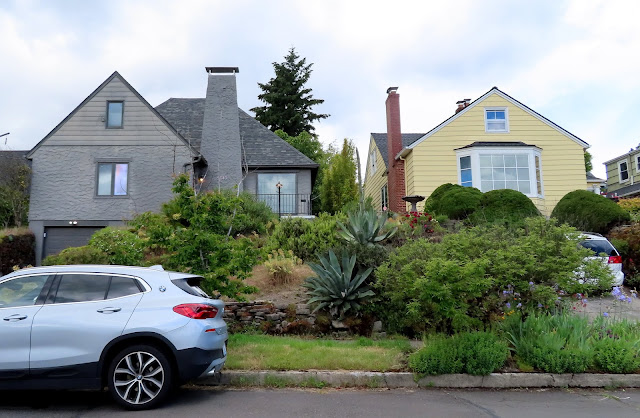